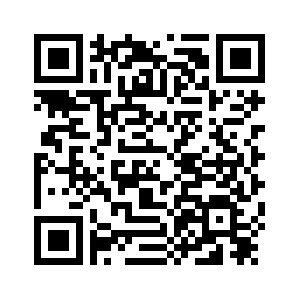 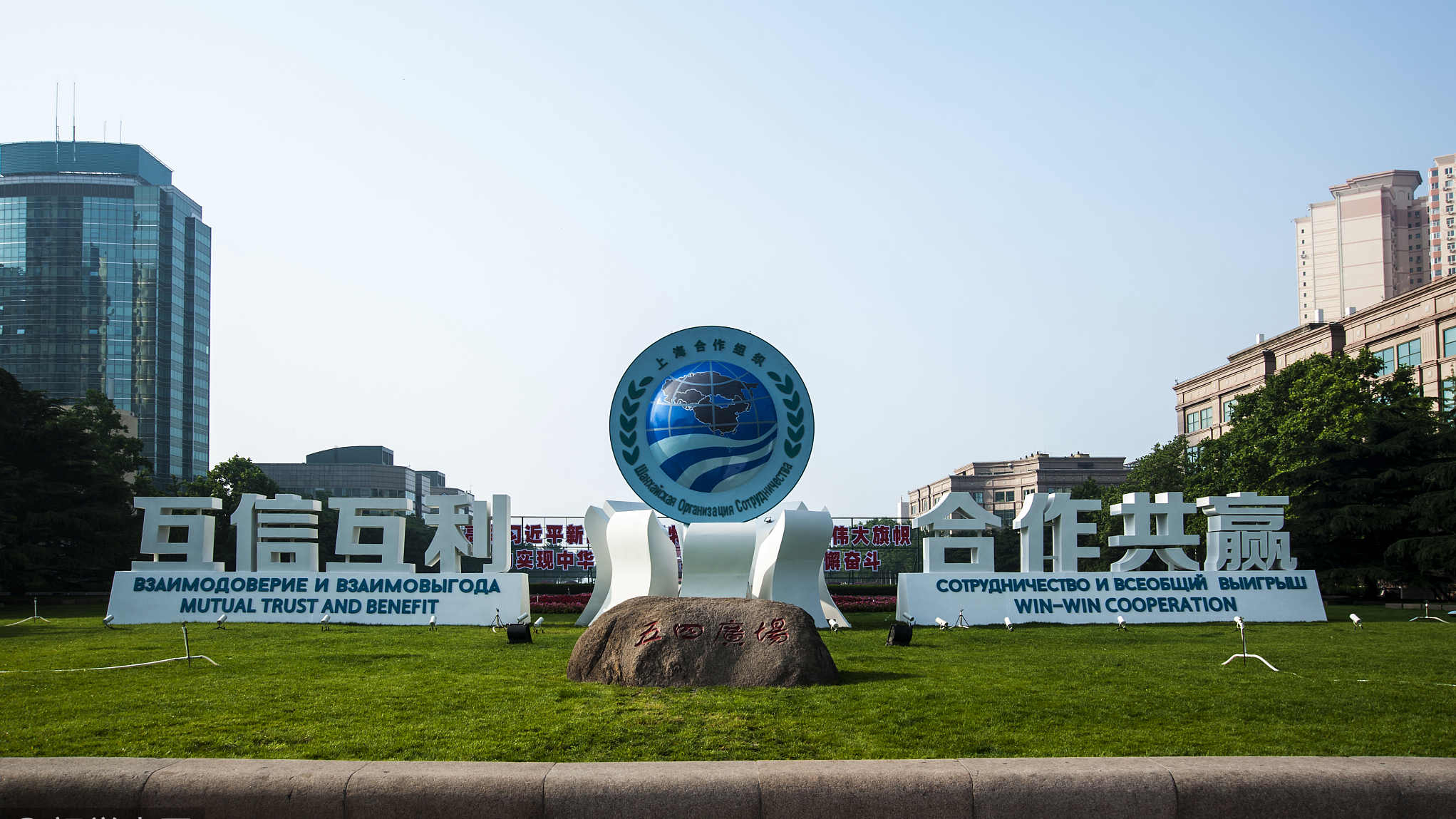 Editor’s note: James Rae is a Fulbright visiting scholar at Beijing Foreign Studies University. The article reflects the author's opinion, and not necessarily the views of CGTN.
Since its’ founding as a relatively informal grouping of five countries over two decades ago, the Shanghai Cooperation Organization (SCO) has steadily gained in international stature. Several factors account for the heightened role of this still young Eurasian-focused international organization.
First, Russia and China’s diplomatic and security cooperation has reached unparalleled levels in the history of their bilateral ties. 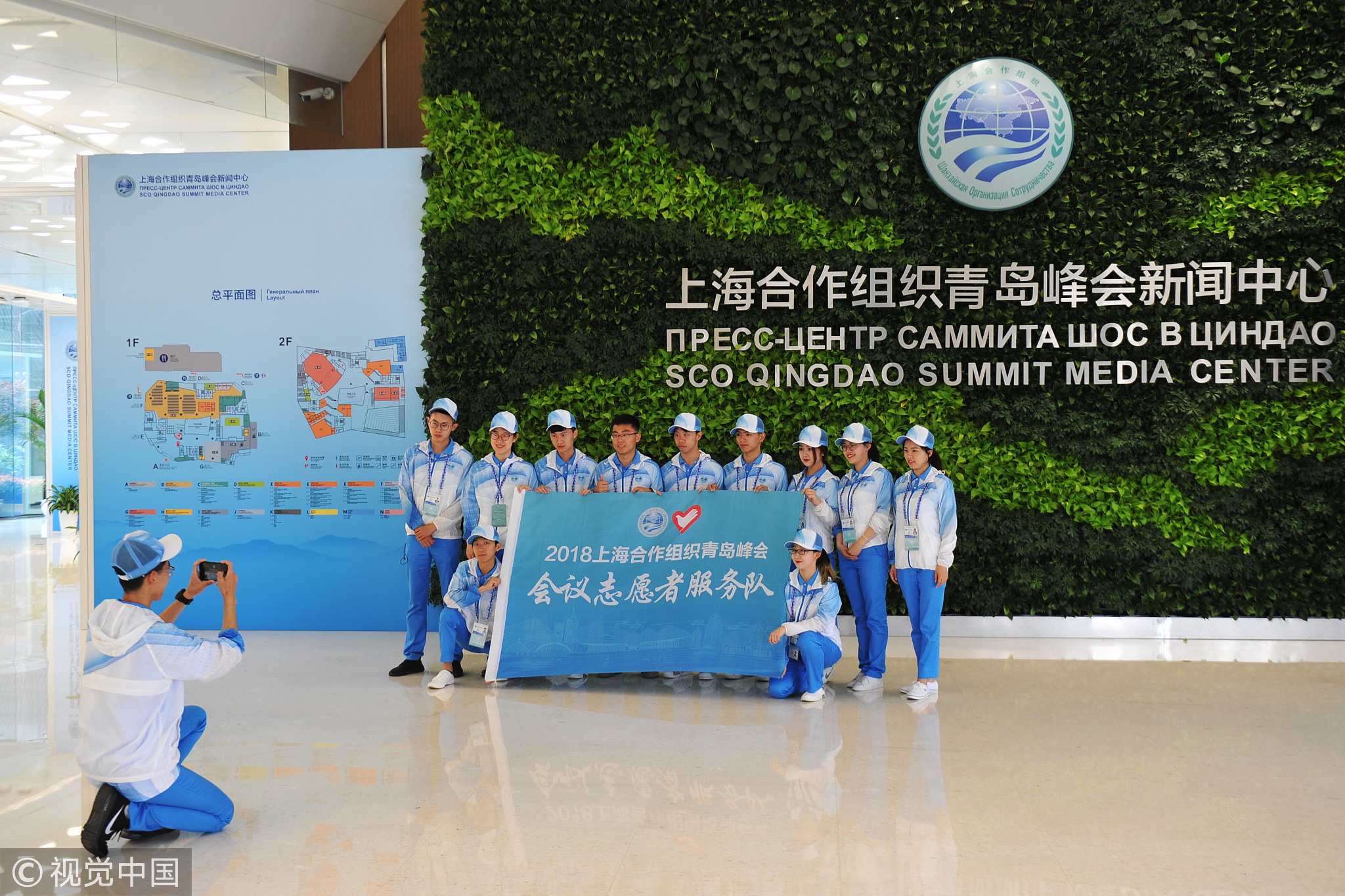 Increasingly, the two great powers provide a united front on global issues, from opposing US bombing in Syria to supporting the Iran nuclear deal despite the recent American undermining of the accord. Together, they give enormous weight to the SCO’s focus on security cooperation.
A second factor that increases the visibility of the SCO is the new inclusion of both India and Pakistan as full members. Of course, these two South Asian powers have fought three wars against each other since partition and remain rivals in many domains.
Where once India was aligned with Soviet Russia and Pakistan with China (and the United States), India has been increasingly pulled toward the American orbit in regional affairs.
Can the SCO be a salve that improves relations between former rivals and facilitates resolution of long-standing border disputes between neighbors? 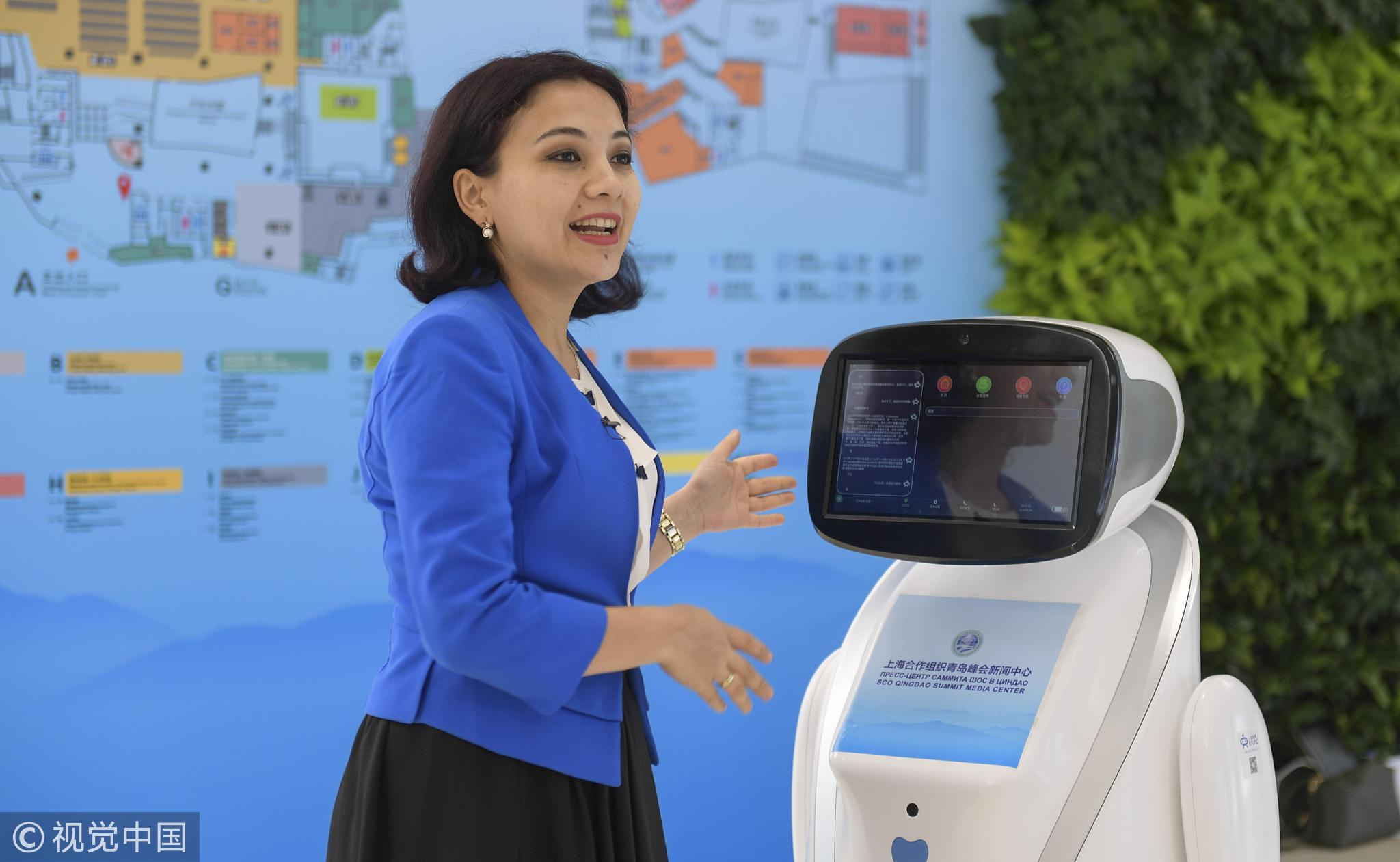 On June 8, 2018, a reporter is speaking to a robot at the Press Center of the SCO Qingdao Summit. /VCG Photo.

On June 8, 2018, a reporter is speaking to a robot at the Press Center of the SCO Qingdao Summit. /VCG Photo.

The SCO provides a vehicle to promote security cooperation by strengthening each country’s ability to secure its domestic population while upholding principles of non-interference and agreements like the Treaty on Long-Term Good Neighborliness.
The third element driving further integration of policy preferences in the SCO is the prioritization of combating terrorism, extremism, and separatism.
Member states of the SCO are directing more resources toward anti-terrorism and anti-drug trafficking efforts. 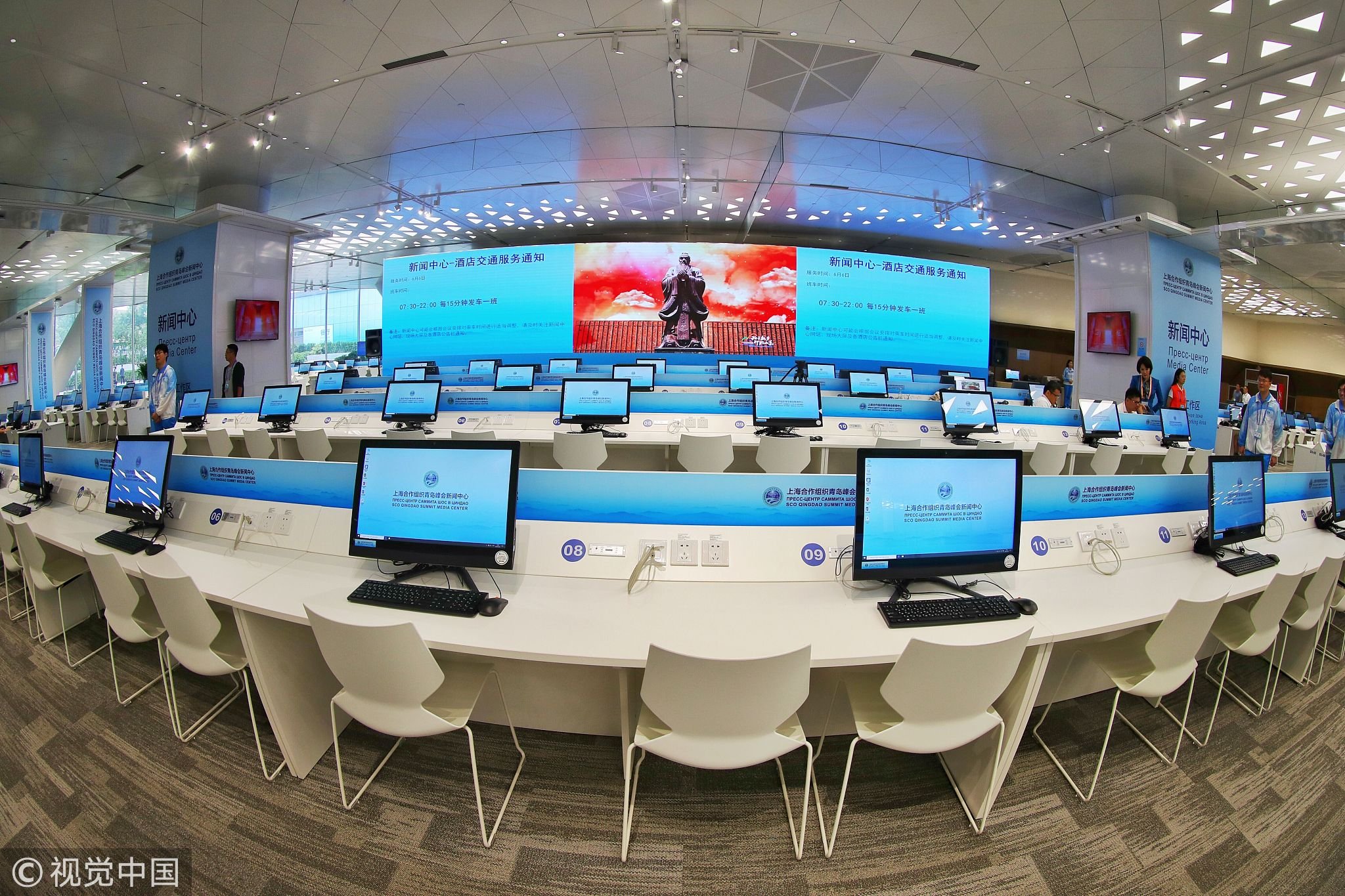 Of course, members India and Pakistan and observer Afghanistan face the most direct threats from non-state actors using violence to terrorize civilians for political or ideological motivations, yet China and Russia also face domestic concerns over violence and terrorism in frontier regions that border Central Asia.
Here, the SCO can play a role in promoting stability and peace in lawless and disorderly societies like in post-war Afghanistan, offering development assistance through the Belt and Road initiative and other multilateral approaches that build and strengthen infrastructure and state institutions of governance to provide economic opportunities for those who too readily turn toward violent ideologies.
Preventing terrorism and violence will be addressed through enhanced security ties and greater economic investment, but these material incentives and coercive tools must be balanced by recognition of the underlying motivations of the variety of groups operating in the region. 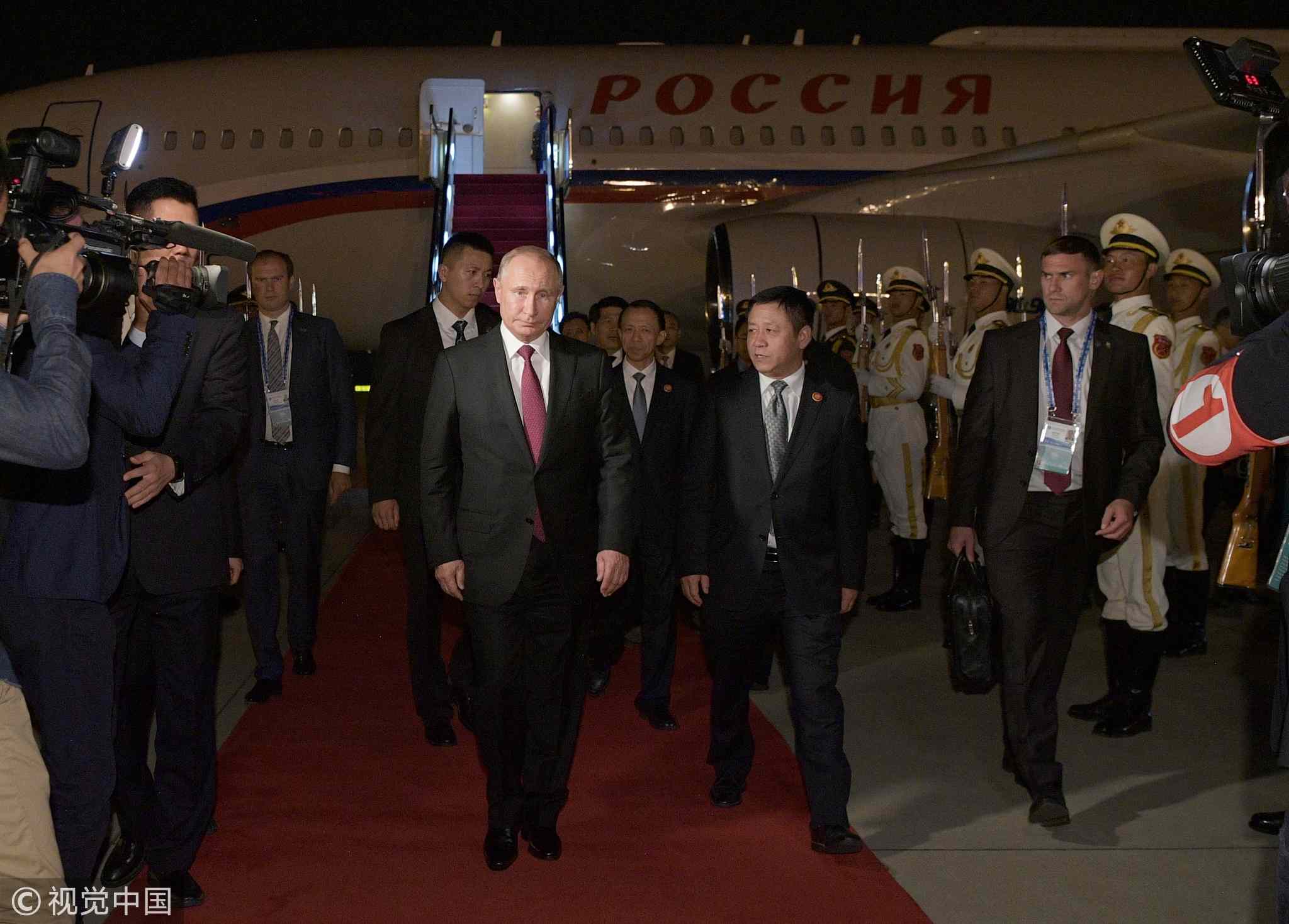 While some ideological movements like Al-Qaeda and the Islamic State use hideous acts of terrorism to psychologically intimidate civilians and undermine basic standards of life and seek no perceptible objective, most such movements in Eurasia and South Asia seek tangible goals like greater cultural and religious protections and representation or autonomy to preserve an ethnic or national identity or territorial claims.
Even the various Taliban may enter into a negotiated settlement.
Thus, the SCO is well placed to avoid past mistakes made by other countries that sought to fight terrorism only with fire, i.e. through military interventions and warfare, but can draw upon the shared experiences of all member states in seeking to understand the unique desires of any such movement and criminalize their illegal acts while seeking out opportunities to address legitimate aspirations.
Sharing lessons learned on how to counter drug trafficking and terrorism will be an ongoing aspect of future SCO summits with the hope that over time these social ills can be stamped out and allow the organization to focus even more on mutually beneficial goals of development and investment.