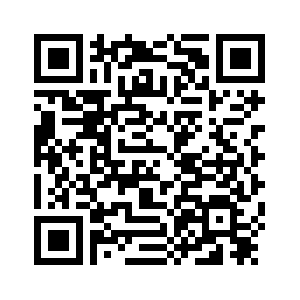 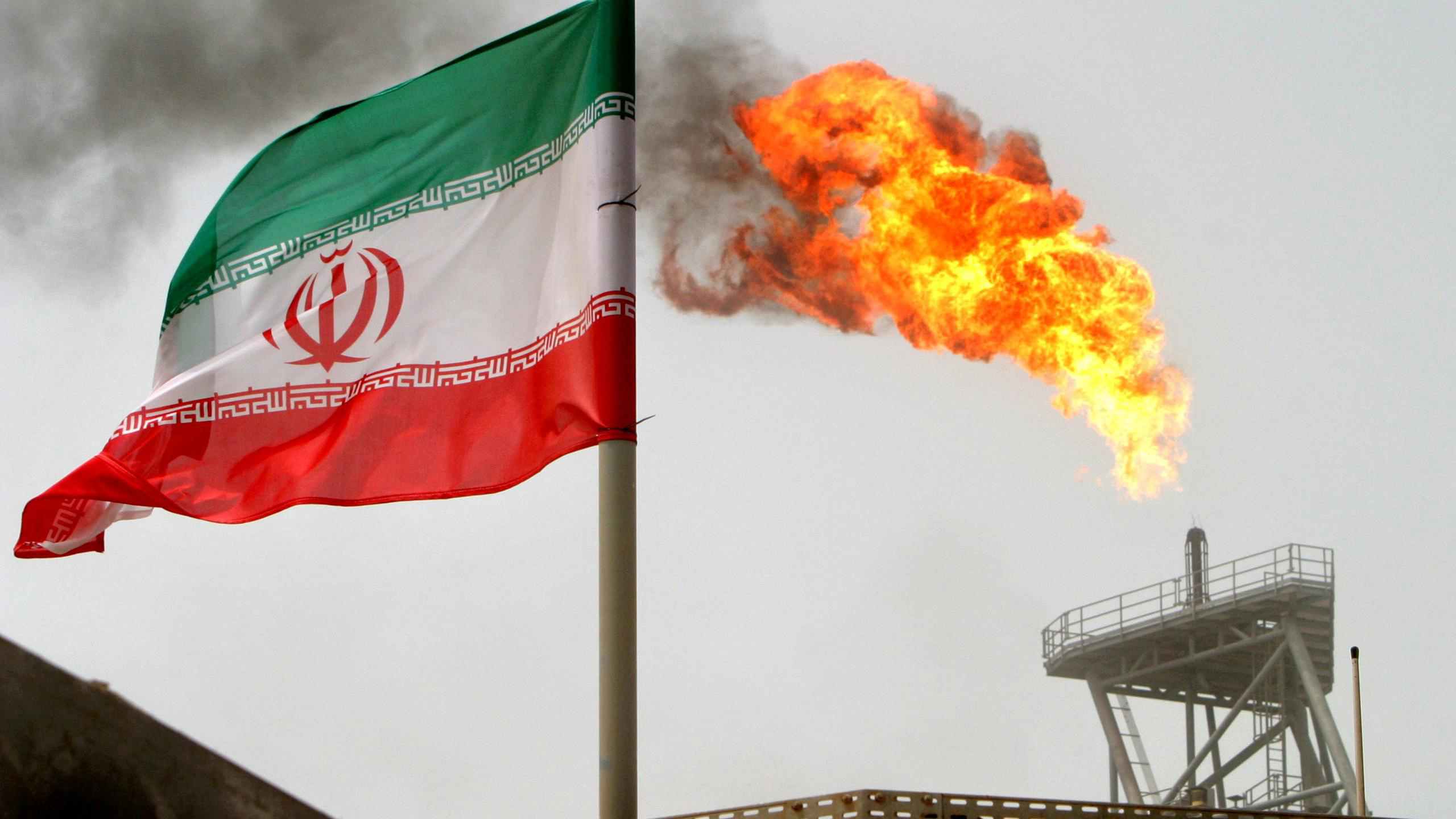 This week the U.S. announced deploying a carrier strike group and bombers to the Middle East to deter Iran, marking the latest in a series of moves by the Trump administration aimed at ratcheting up pressure on Iran.

The rifts between Washington and Tehran again widened since a year ago, when the U.S. pulled out of the landmark Iran nuclear deal, known as the Joint Comprehensive Plan of Action (JCPOA).

Since then Trump reimposed tough sanctions on Iran, including on its lifeblood oil exports with the stated intent of reducing them to zero and starving Iran's economy. 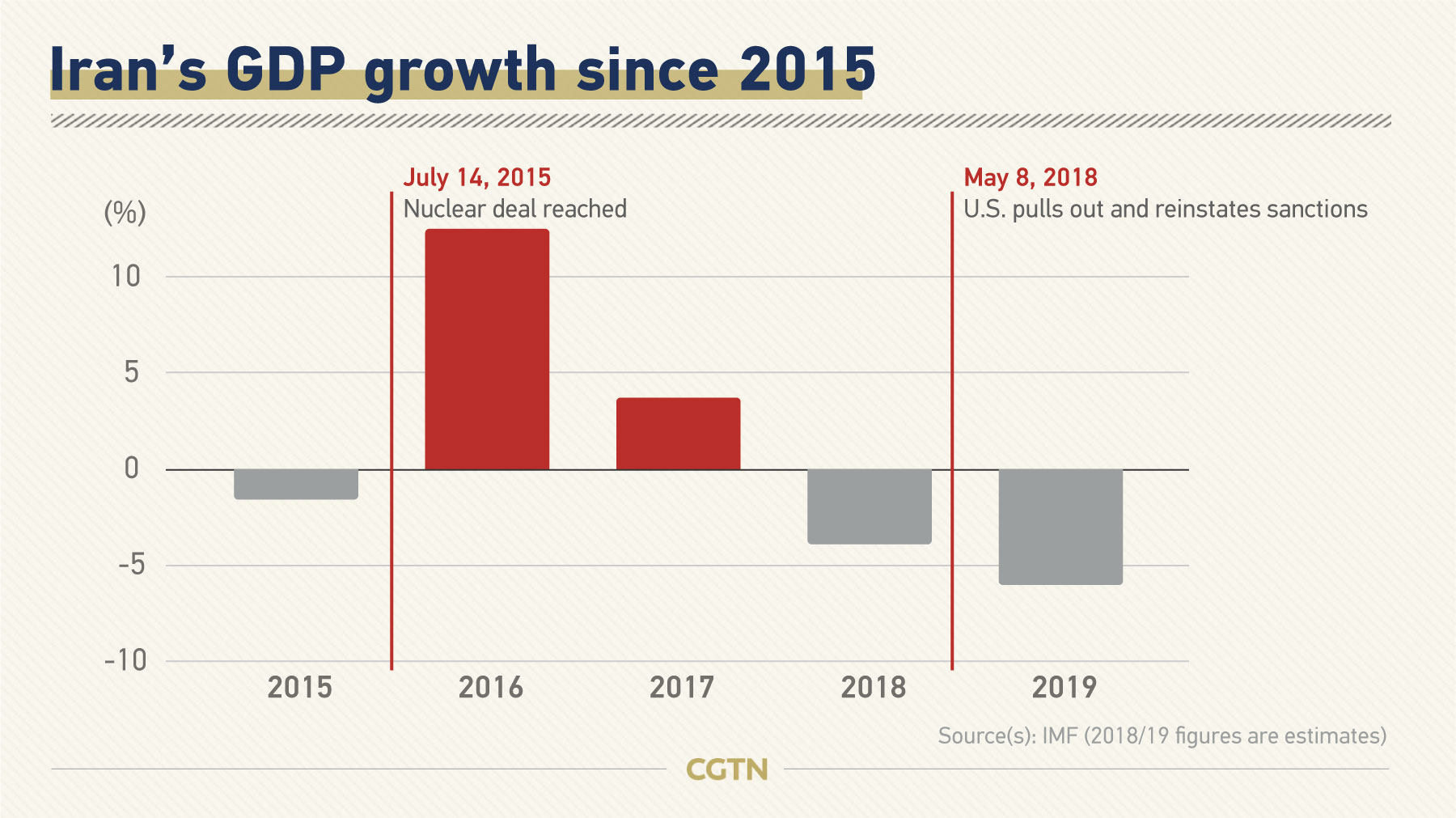 After the 2015 Iran nuclear deal was implemented, Iran's economy revived and its GDP grew by 13 percent in 2016, according to data from the International Monetary Fund (IMF).

In sharp contrast, the reinstatement of U.S. sanctions last year took a heavy toll on Iran's economy, driving the nation's GDP down by 3.9 percent in 2018, according to IMF estimates.

The IMF further predicted the Iranian economy to shrink by at least 6 percent in 2019 as the Trump administration vowed to "bring Iran's oil exports to zero."

At the start of 2018, Iran's crude oil production reached 3.8 million barrels per day (bpd), and the country was exporting about 2.3 million bpd. But the U.S. sanctions have greatly reduced the production of Iranian crude oil since last May, and halved the oil exports to below 1 million bpd over the past year, according to reports. 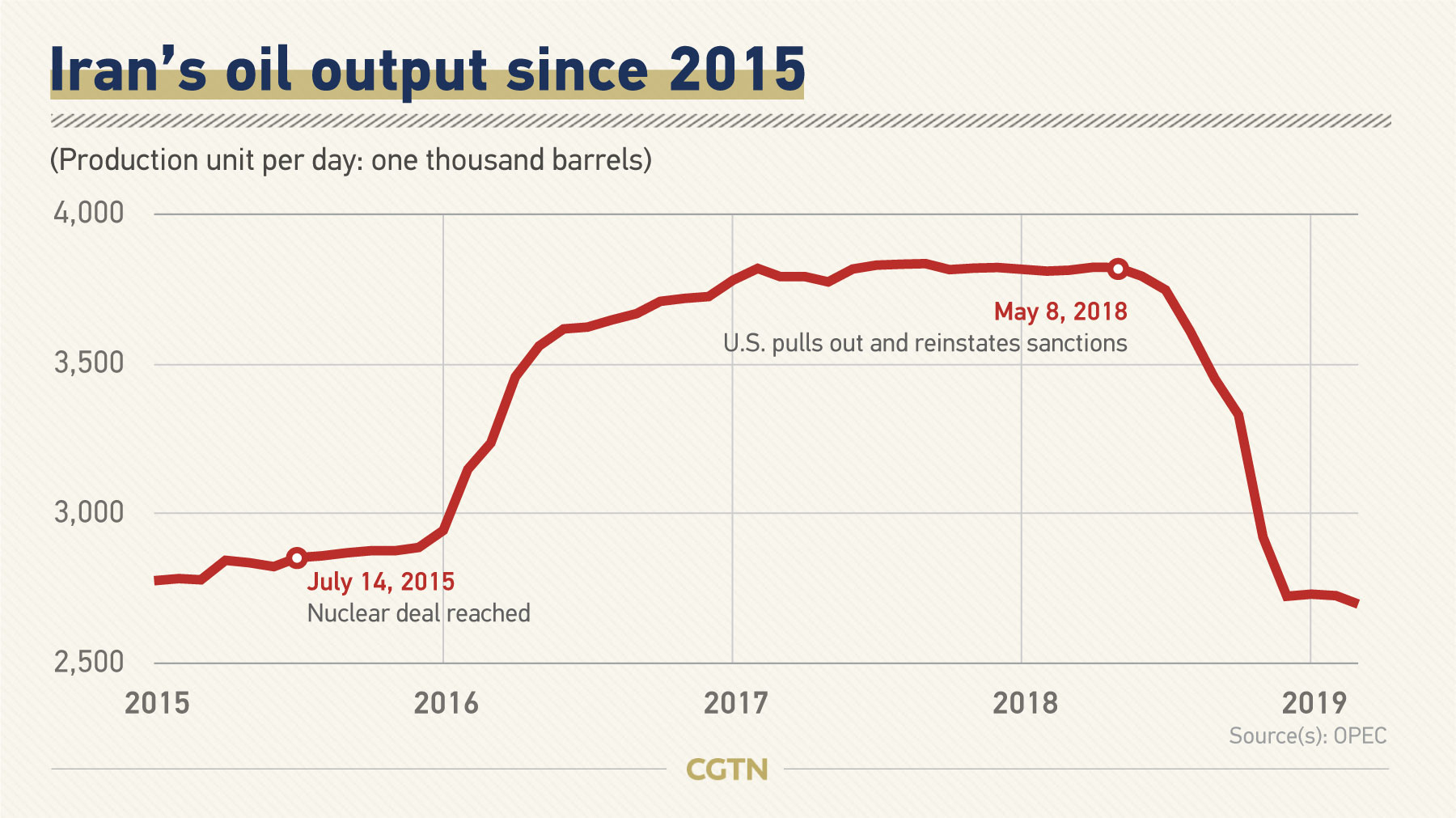 Apart from economic isolation, the U.S. also dialed up political pressures on Iran. Before boosting its military presence in the Middle East, the U.S. acted last week to force Iran to stop producing low-enriched uranium and expanding its only nuclear power plant.

Iran retaliated immediately by slapping the same designation on American forces in the Middle East. And IRGC repeated their threat to close the strategic Strait of Hormuz, where around 30 percent of the world's seaborne oil exports get shipped through.

In fact, Iran has repeatedly denounced the U.S. "maximum pressure" campaign over the past year. Tensions between the United States and Iran are seemingly reaching a boiling point, as the first anniversary of Trump's withdrawal from the Iran nuclear deal comes.