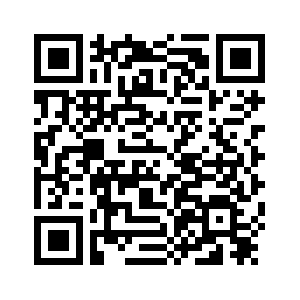 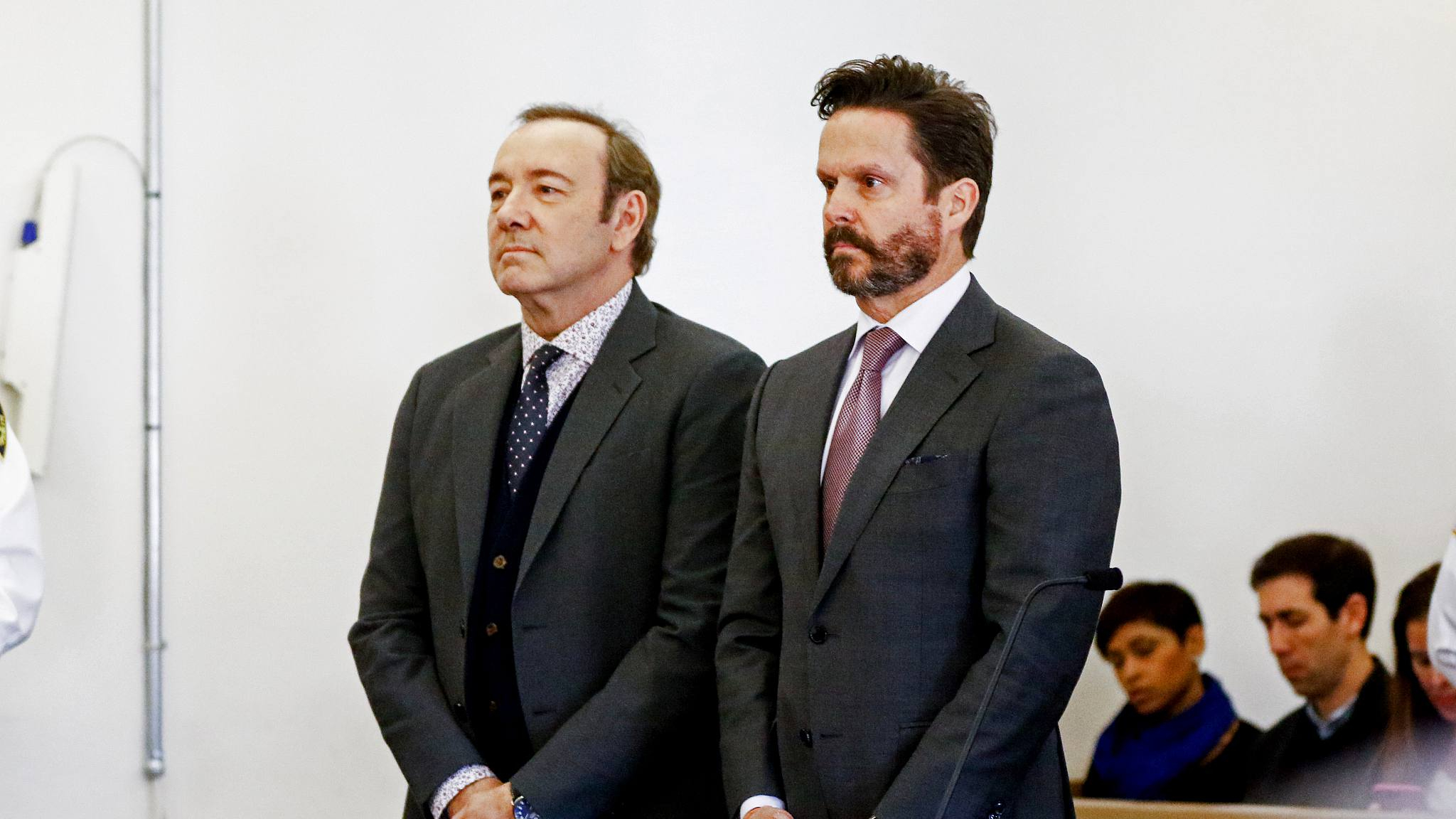 Former "House of Cards" star Kevin Spacey stood impassively in a Nantucket courtroom on Monday before pleading not guilty to sexually assaulting an 18-year-old man at an island bar over two years ago, a charge his lawyer dismissed as "patently false.”
Spacey did not speak during a brief hearing in Nantucket District Court to face one count of felony indecent assault and battery, though a plea of not guilty was entered on his behalf.
Defense lawyer Alan Jackson persuaded Judge Thomas Barrett to order Spacey's alleged victim to preserve all data from his cell phone for six months following the July 7, 2016, incident. He said in court papers the charges were based on “patently false allegations.” 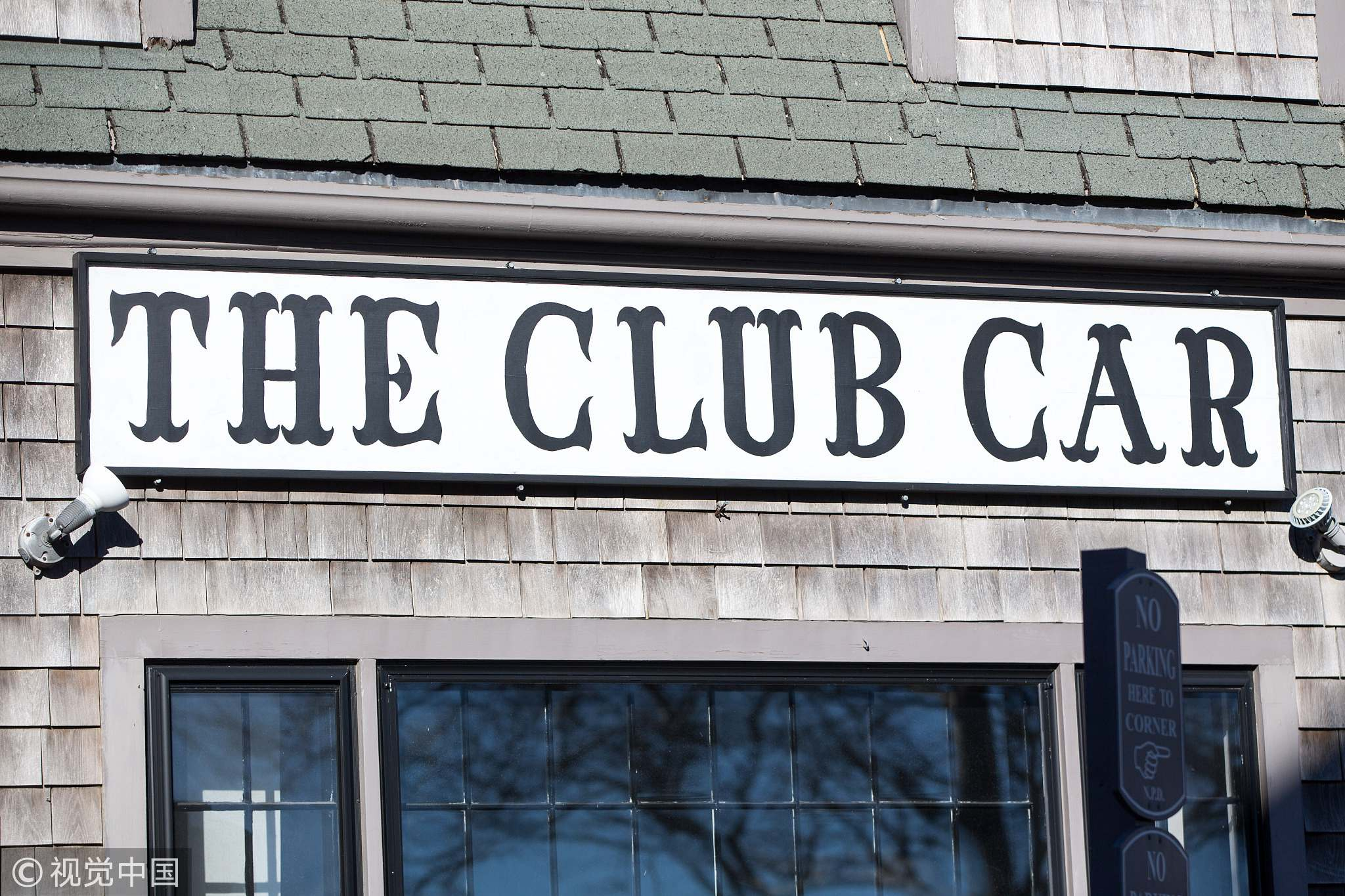 Signage at The Club Car restaurant where actor Kevin Spacey is alleged to have committed sexual assault in 2016 in Nantucket, Massachusetts, January 7, 2019.  /VCG Photo

Signage at The Club Car restaurant where actor Kevin Spacey is alleged to have committed sexual assault in 2016 in Nantucket, Massachusetts, January 7, 2019.  /VCG Photo

Jackson said police reports showed the 18-year-old busboy exchanged numerous text messages and Snapchat videos with his then-girlfriend about his interactions with Spacey at The Club Car bar on the beach resort island off the coast of Massachusetts but never mentioned the alleged assault.
Spacey could face up to five years in prison if convicted.
The 59-year-old actor is one of the dozens of men in entertainment, business and politics who have been accused of sexual misconduct since accusations against movie producer Harvey Weinstein in 2017 sparked the #MeToo movement.
Monday's hearing drew dozens of journalists from around the world at what is normally a quiet time of year on the island. Nantucket residents normally take pride in not making a fuss about rich and powerful vacationers, who have ranged from the NFL's New England Patriots Head Coach Bill Belichick to former U.S. Secretary of State John Kerry, according to local media.
Megan Keller, the manager of a coffee shop, called the prospects of a high-profile criminal trial “obnoxious.” 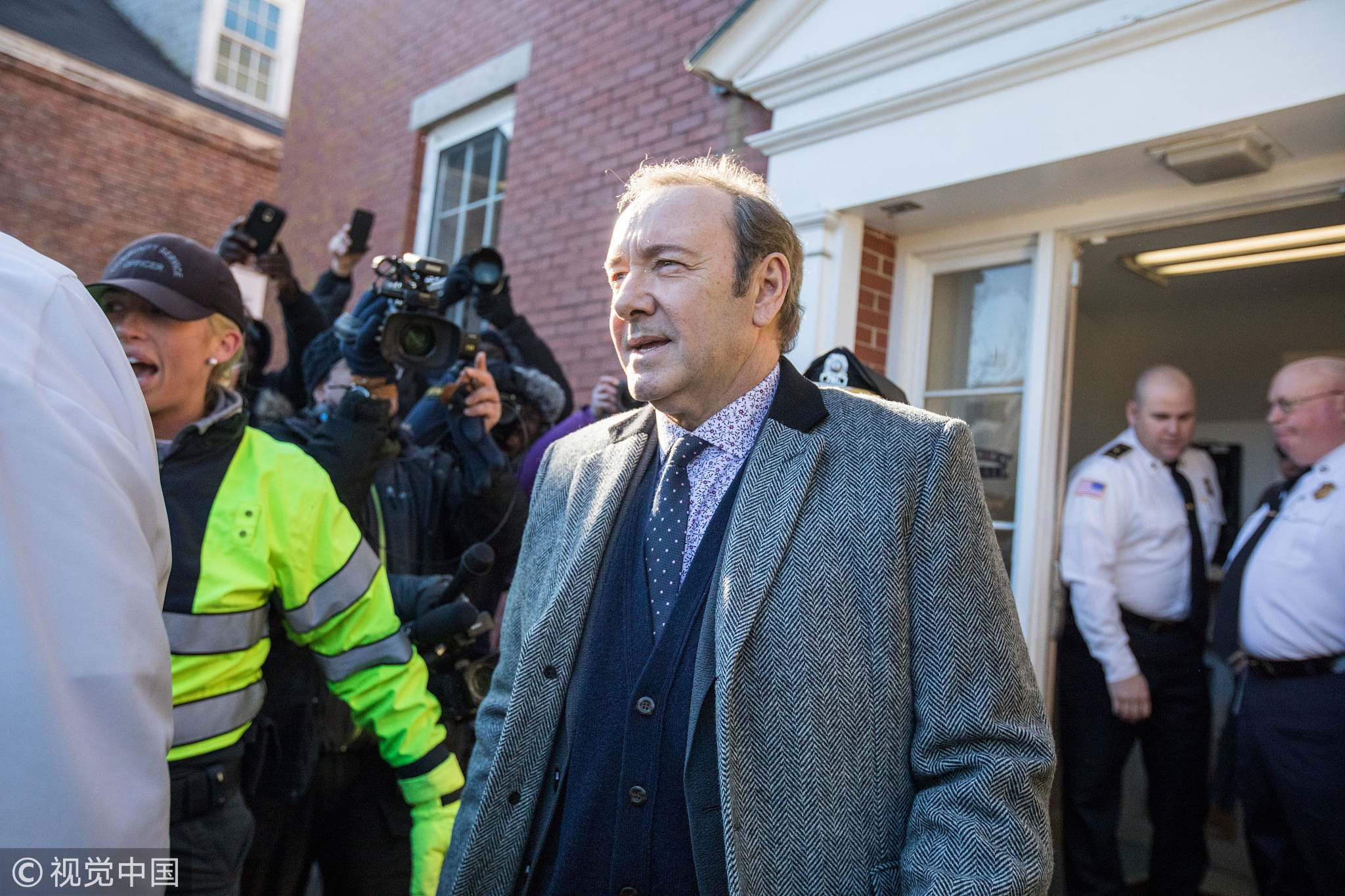 “That's not a reason I'd like people to come, because someone committed a crime,” she said.
Spacey became embroiled in controversy in October 2017 when actor Anthony Rapp accused him of trying to seduce him in 1986 when Rapp was 14.
Spacey apologized for inappropriate conduct with Rapp. The controversy led to Spacey being dropped from the Netflix series “House of Cards” and erased from the film “All the Money in the World.”
The Nantucket allegations were first raised in 2017 by former Boston television journalist Heather Unruh, who told reporters Spacey groped her teenage son.
He told police Spacey had bought him several rounds of beer and whiskey and said, “Let's get drunk,” according to charging documents. The busboy told investigators that Spacey groped him as they stood next to a piano.
Reuters is not identifying Unruh's son because he is an alleged victim of sexual assault.
“My client is a determined and encouraging voice for those victims not yet ready to report being sexually assaulted,” attorney Mitchell Garabedian said in an email.
Other locals said they hoped the case would not hurt the island's reputation as a low-key getaway for the well-off.
“If you're famous and you don't want to be seen, Nantucket is the place for you,” said Greg Margolis, the owner of the Corner Table Cafe.
(Head Image: Actor Kevin Spacey (L) attends his arraignment on sexual assault charges with his lawyer Alan Jackson at Nantucket District Court in Nantucket, Massachusetts, January 7, 2019. /VCG Photo)
Source(s): Reuters