Why has the world lost trust and confidence in the U.S.?
Harvey Dzodin 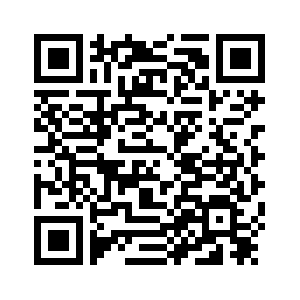 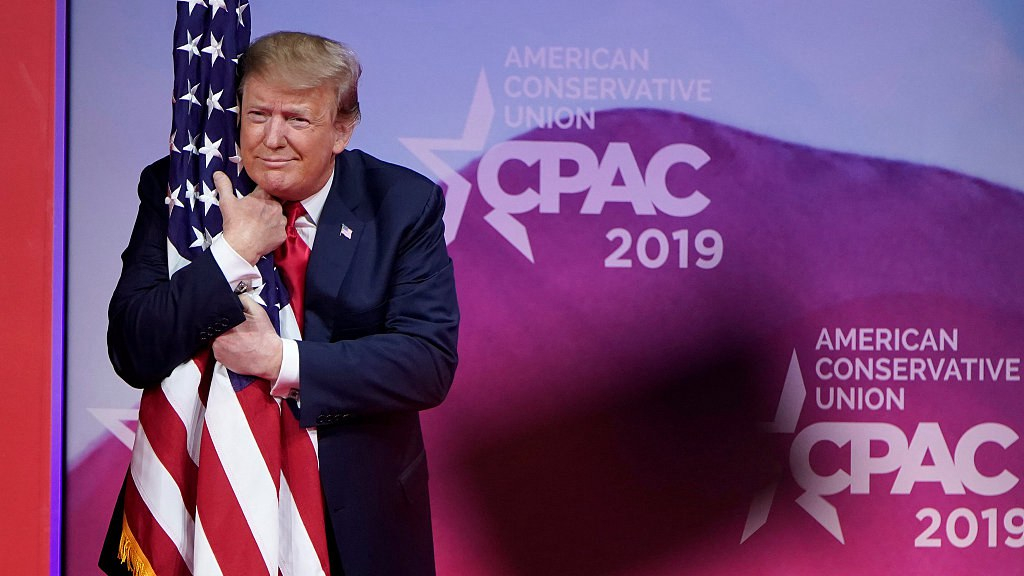 Editor's note: Harvey Dzodin is a senior research fellow at the Center for China and Globalization, and former legal adviser in the Carter administration. The article reflects the author's opinion, and not necessarily the views of CGTN.
In Western culture, three is an unlucky number because bad news comes in threes, but in China, four is the unluckiest number because it has a pronunciation similar to that of the character for “death.” By either measure, last week was perhaps the most unlucky one so far of the Donald Trump presidency.
The House of Representatives voted by a wide margin to revoke his declaration of a national emergency to build a wall on the border with Mexico; the Hanoi Summit ended prematurely; and the President's former lawyer and fixer called him a racist, a con man, and a cheat in sworn testimony. 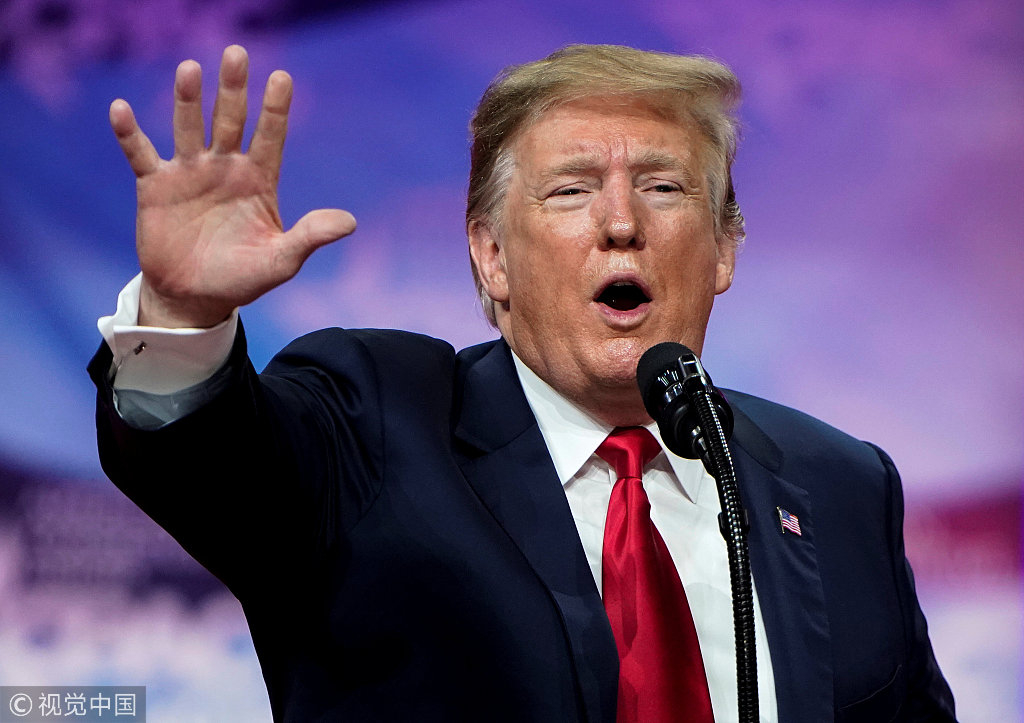 To add insult to injury, an annual Gallup poll “Rating World Leaders” was released on February 28 showing how much the global perception of the U.S. leadership has fallen since Trump took office, while both China and Russia have increased their standing.
The survey, conducted since 2007, measures to what extent adults approve or disapprove of the job performance of the leadership of China, Germany and Russia and the U.S. Results are based on in-person and telephone interviews with about 1,000 people in each of the 133 countries polled and were conducted last March through December. The sampling margin of error ranged from ±2.0 percentage points to ±5.1 percentage points at the 95-percent confidence level.
Throughout the survey's history the U.S. had generally polled in the 40-percent median approval range, often in the mid-to-high 40s but there was a precipitous drop from the final year of Barack Obama's presidency (2016) to Trump's first year (2017) from 48 to 30 percent, and at 31 percent in 2018, the rating is essentially unchanged within the margin of error.
Even worse, the U.S. median disapproval rating (40 percent) was significantly worse than those of Russia (31 percent), China (28 percent) or Germany (22 percent). The most striking disapproval numbers come from America's erstwhile allies in Europe. For example, Germany (73 percent), France (65 percent), and the UK (64 percent), with whom the U.S. had a “special relationship” until recently. 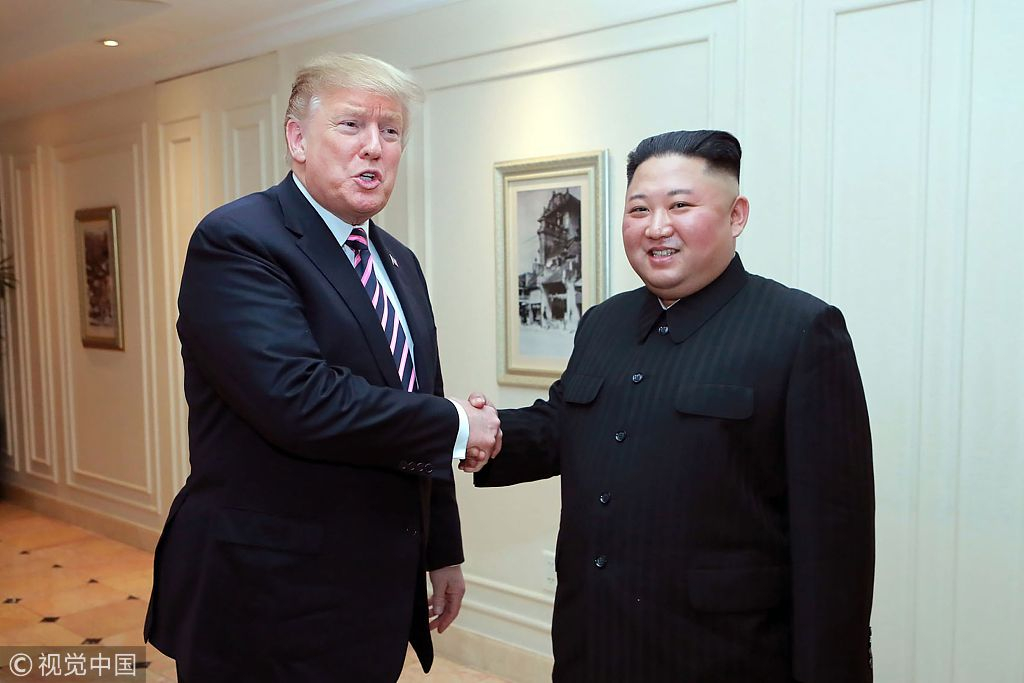 On the other hand, both China and Russia showed significant gains in median approvals by at least 10 percent in more than a dozen countries, while they lost this much ground in a relative few. After tying with the U.S. in 2017, China's median approval at 34 percent is the country's highest since 2009. Likewise, Russia's approval rating rose to 30 percent in 2018, tying its previous high in 2008. For the first time, approval ratings for China, Russia and the U.S. are essentially the same.
Writing of the Gallup survey results, former Republican Senator and Defense Secretary in Obama's Democratic administration, Chuck Hagel, has rightfully sounded the alarm. He said that “these numbers are a clear warning to the U.S.” and a “wake-up call.” He said that “the world has lost trust and confidence in America …the coins of the realm in all matters in international relations.”
Being a probability sample where a small number of people are scientifically chosen to reflect the views of an entire country's population, one lone survey, even from Gallup, does not suffice.
The U.S. News Best Countries rankings are based on survey data from 20,000 respondents in 80 countries. Respondents are asked how they relate to a number of undefined terms referencing various countries. In terms of being “trustworthy,” the U.S. hit its highest ranking of number 17 in 2016, Obama's last year. With Trump as president, the 2017 ranking was number 23, in 2018 it was number 25 and this year is number 27.
The Pew Research Center's study surveyed 26,000 respondents in 25 countries from last May to August about their confidence in world leaders to “do the right thing regarding world affairs.” Median results were roughly consistent with the Gallup data. German Chancellor Angela Merkel was rated 52 percent, President Xi Jinping 34 percent, Russian President Vladimir Putin 30 percent, and President Trump was rated 27 percent.
Looking at the weight of the evidence, in the eyes of the world, Trump has not “Made America Great Again” (MAGA) but rather achieved the reverse of MARA (Making American Reviled Again). His “America first” stance has dramatically weakened the long-standing positive image and consequential soft power that the U.S. has enjoyed in much of the world for many of the previous 70 years. By contrast, China is on an upward trajectory to Make China Great Again for which the delegates to the Two Sessions now assembled in Beijing can rightfully be proud.
(If you want to contribute and have specific expertise, please contact us at opinions@cgtn.com.)