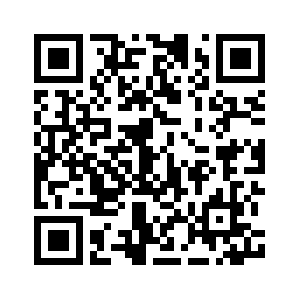 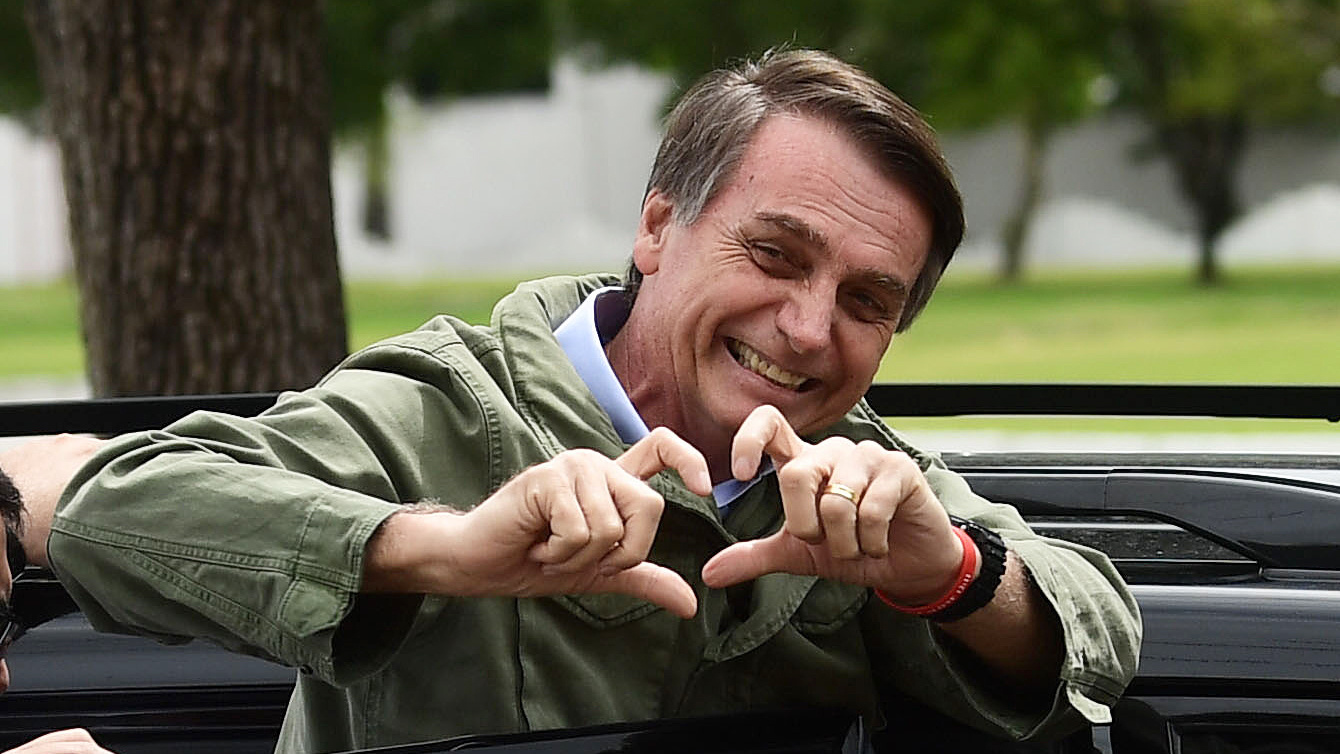 The people of Brazil have high hopes for Jair Bolsonaro. But what is his agenda for the country?
Bolsonaro's critics call him the "Trump of the Tropics." Some even say he's a divisive figure who would take Brazil on a dangerous path, but how will Bolsonaro rule Brazil? His campaign rhetoric may not give all the answers, but provides enough indications of his likely policies.
Let's begin with the economy. Bolsonaro inherits a high unemployment rate and many of his policies to combat this are straight out of the Trump rulebook as he promises a free-market, the privatization of loss-making government enterprises and a more business-friendly approach.
Bolsonaro has roped in University of Chicago-trained economist Paulo Guedes as his chief financial adviser and investors are cheering the prospects of a business focused government thanks to Guedes influence on Bolsonaro. 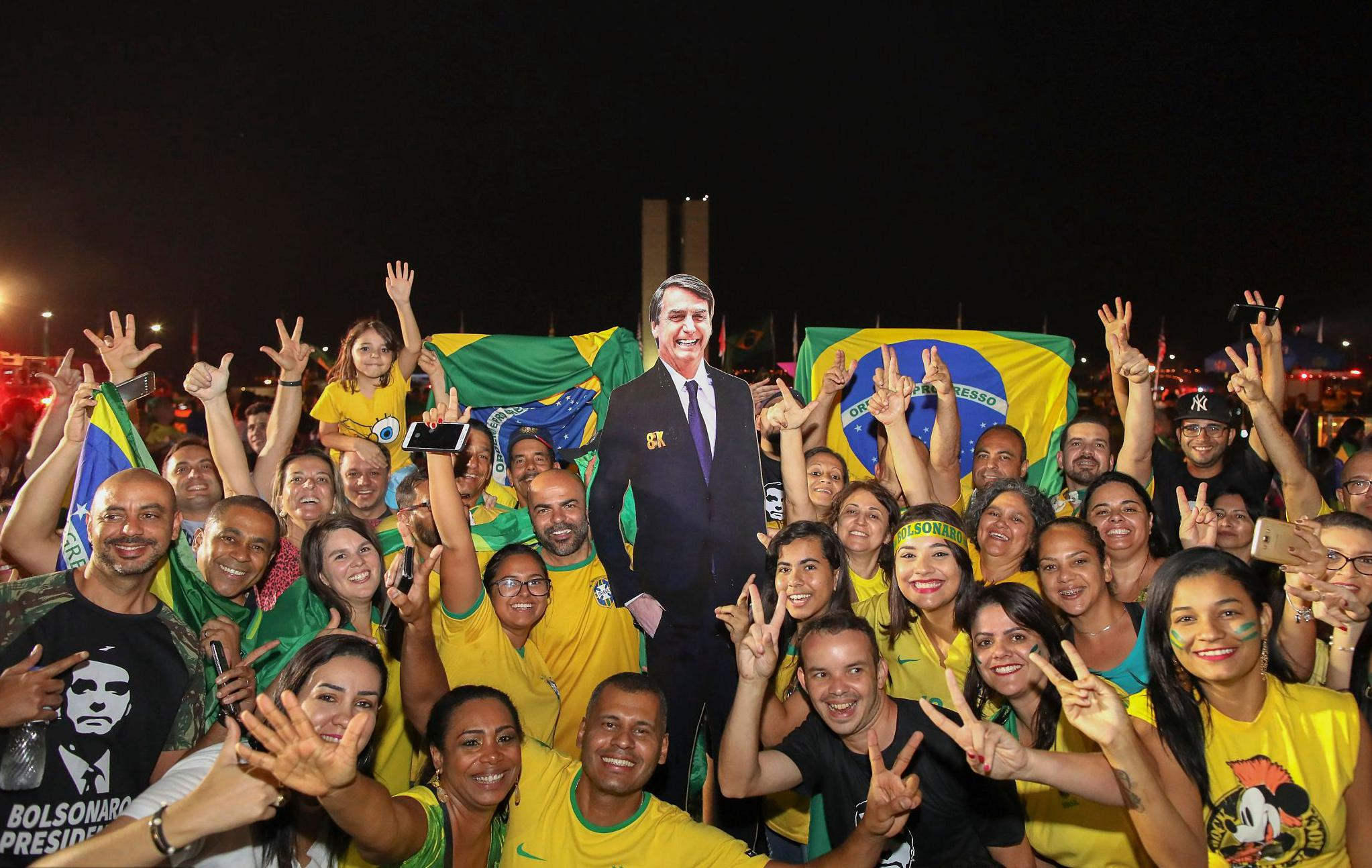 Supporters of Jair Bolsonaro celebrate in front of the National Congress in Brasilia, October 28, 2018. /VCG Photo

Supporters of Jair Bolsonaro celebrate in front of the National Congress in Brasilia, October 28, 2018. /VCG Photo

The President-elect himself has tried to assure businesses by claiming that he listens to Guedes on economic matters. His supporters have - for now - bought these promises.
"I would like Bolsonaro to be our president because I don't want Brazil to become like Cuba or become Venezuela," Bolsonaro's supporter Vera Castro said.
His next big challenge is controlling crime.
Homicides hit a record high of almost 65,000 in 2017. Crime is rampant and drug-related violence is at its peak. Bolsonaro's solution is a "complete crackdown".
In 2017, Bolsonaro declared that "a policeman who doesn't kill isn't a policeman" and has promised to give more powers to police and security forces to carry out a zero-tolerance battle against criminals. He also wants to amend Brazil's gun laws to make it easier for Brazilians to arm themselves. 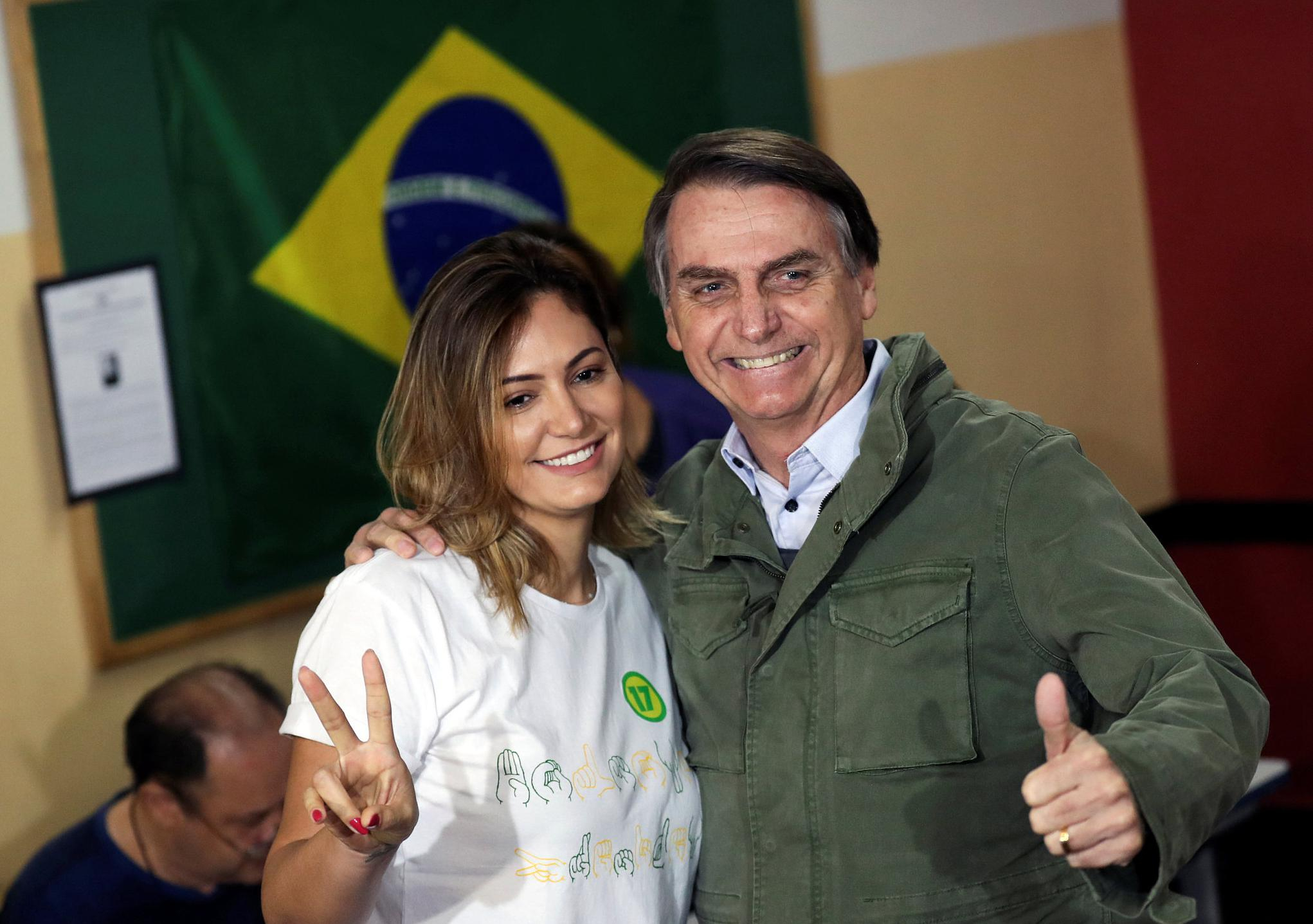 Jair Bolsonaro and his wife pose as they arrive to cast their votes in Rio de Janeiro, Brazil, October 28, 2018. /VCG Photo

Jair Bolsonaro and his wife pose as they arrive to cast their votes in Rio de Janeiro, Brazil, October 28, 2018. /VCG Photo

The former army officer is branding himself as the outsider to the corrupt, rotten political system that needs an overhaul.
"This association of a military figure to a man capable of confronting security issues and corruption that are perceived to be Brazil's biggest problems, might explain Bolsonaro's prominence," according to Carlos Fico, a historian and political analyst working at the federal university of Rio De Janeiro.
On the environment, Bolsonaro also follows a Trump-like approach, though he has backtracked from his earlier threat of withdrawing from the Paris Climate Change agreement. However, he has indicated that environmental protection isn't a priority. He favors exploiting Brazil's natural resources, especially in the ecologically-sensitive Amazon Basin, which is the world's largest rain-forest.
But implementation of these policies would require a lot of political maneuvering in Brazil's National Congress, a trait which Bolsonaro isn't really known for. The Opposition is expected to do everything it can to block his radical agenda.
Anti-Bolsonaro protester Cristina Campos said they are "starting a movement of real opposition."
Despite two-decades of experience as a lawmaker, his opponents still believe that he's a political novice. But Brazil has given its verdict and willing to give Bolsonaro a chance.