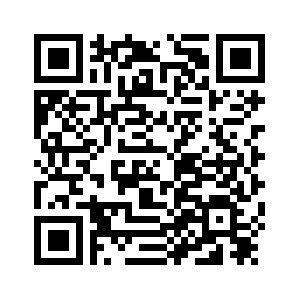 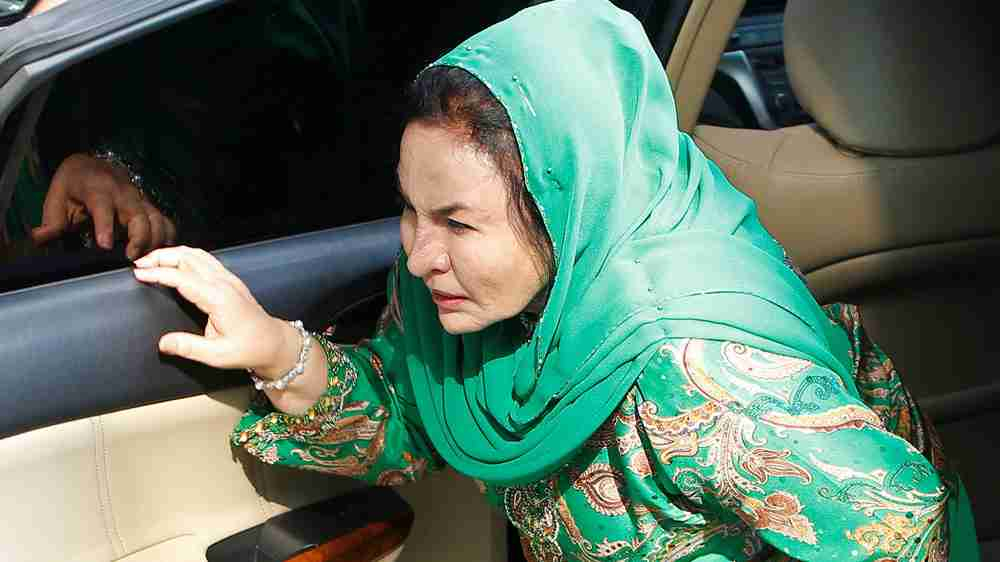 Rosmah Mansor, the wife of former Malaysian Prime Minister Najib Razak, arrived on Wednesday at the country's anti-graft agency for a second round of questioning over a corruption probe at state fund 1MDB.
Her questioning comes amid indications that more charges could be filed in the investigation into how billions of dollars went missing from 1Malaysia Development Berhad (1MDB).
Najib, who was ousted in a general election in May, has already been charged with money laundering, abuse of power and criminal breach of trust. He has pleaded not guilty to the charges and has consistently denied wrongdoing.
Rosmah arrived at the Malaysian Anti-Corruption Commission (MACC) headquarters around 0200 GMT, flanked by her lawyers and looking solemn.
Her first round of questioning in June lasted three hours. 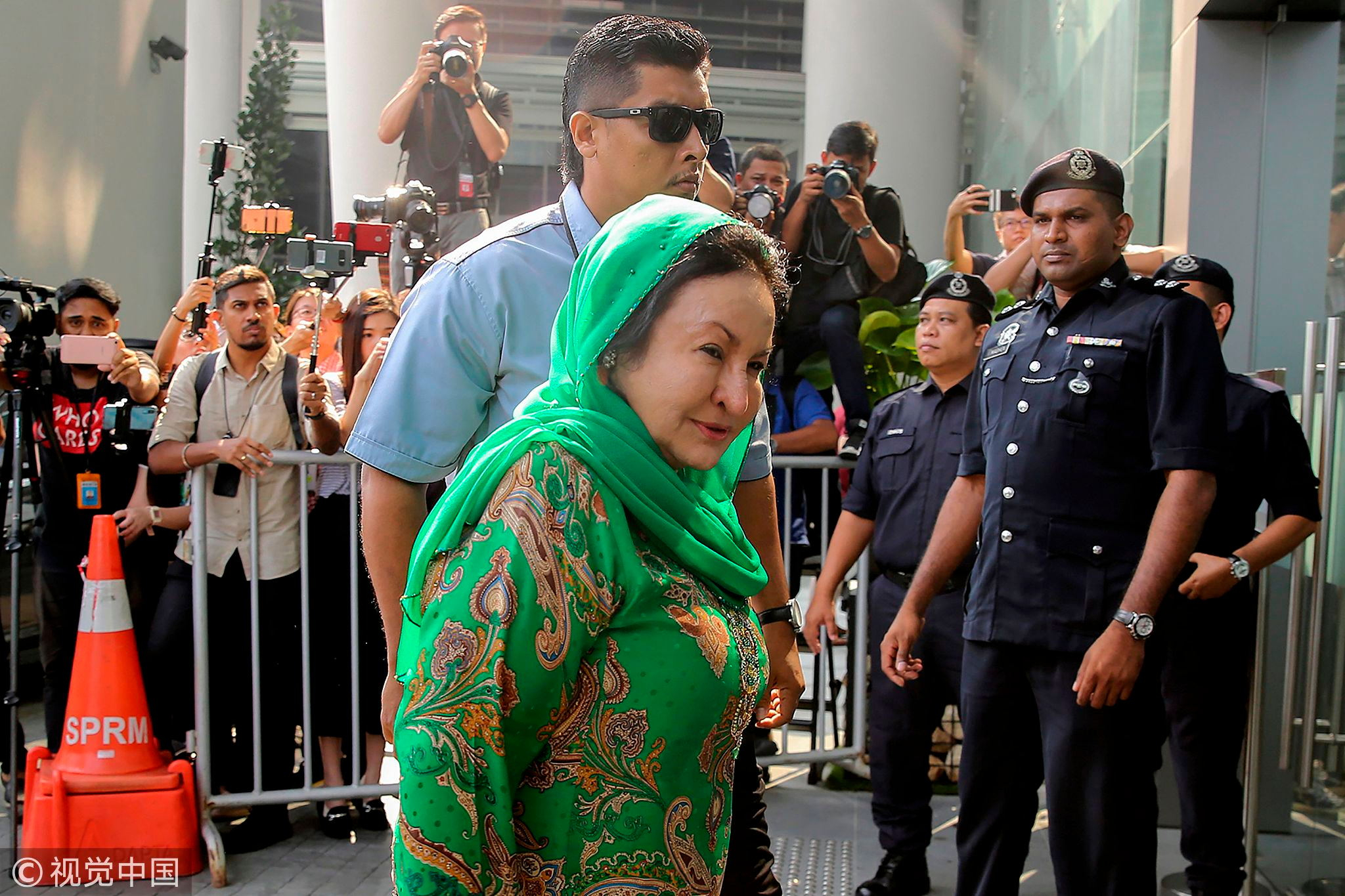 Last week, an MACC official said more charges could be brought against individuals over 1MDB.
When asked if Rosmah could face charges, the official said: "I'm not denying that."
Rosmah, 66, has long been in the public eye for flaunting a range of Hermes Birkin handbags and showy jewelry, and spending thousands of dollars in shopping sprees around the world.
Her penchant for designer goods has raised eyebrows in Malaysia, with many asking how she has been able to afford the luxury items on her husband's government salary.
The couple's world has been turned upside down since Najib suffered a shock election defeat on May 9 to his one-time mentor Mahathir Mohamad, who swiftly reopened a probe into 1MDB. 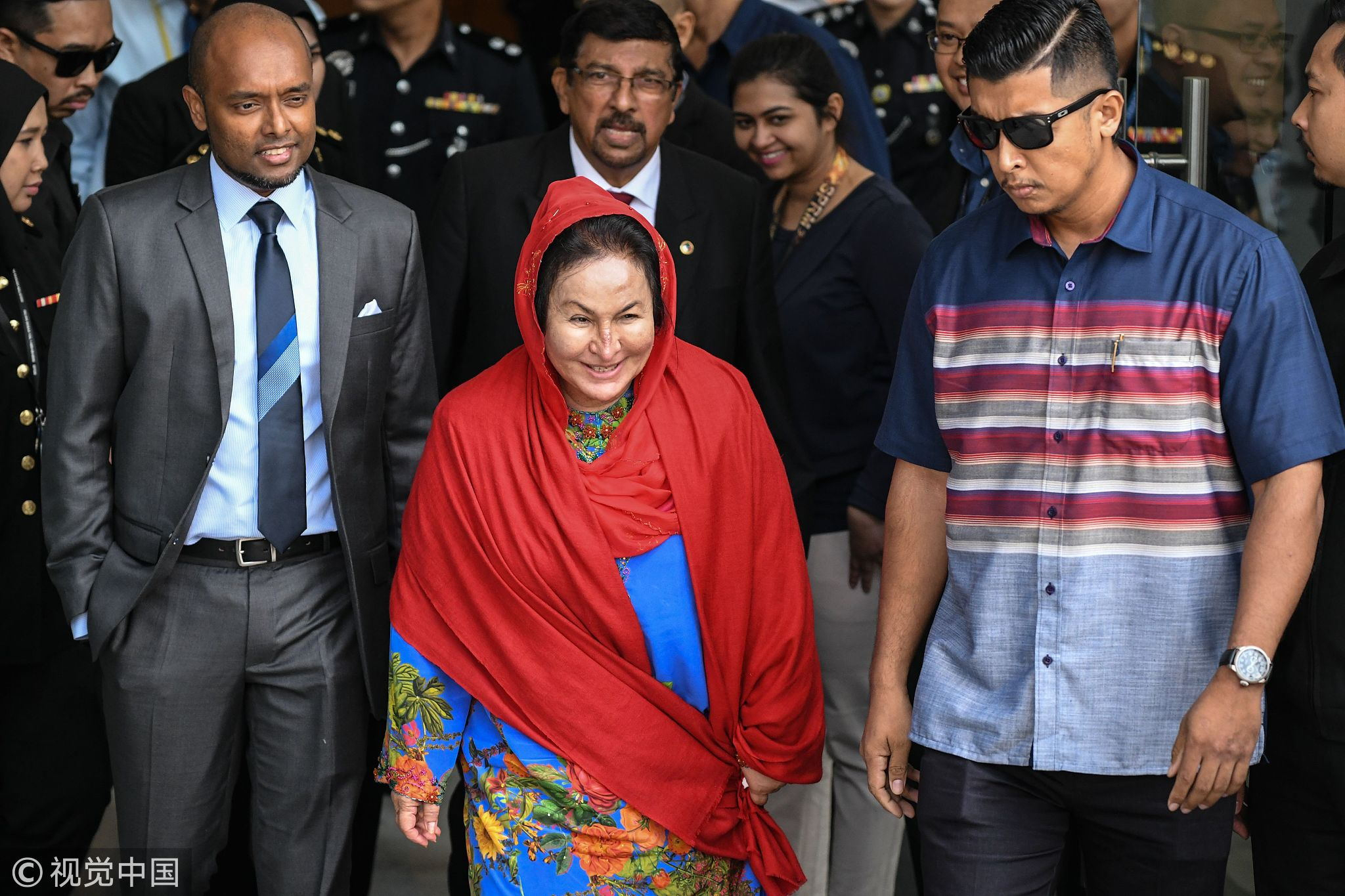 Rosmah Mansor leaves the Malaysian Anti-Corruption Commission headquarters after giving a statement in Putrajaya, on the outskirts of Kuala Lumpur, June 5, 2018. /VCG Photo

Rosmah Mansor leaves the Malaysian Anti-Corruption Commission headquarters after giving a statement in Putrajaya, on the outskirts of Kuala Lumpur, June 5, 2018. /VCG Photo

The US Department of Justice has alleged more than 4.5 billion US dollars was misappropriated from 1MDB and that about 680 million US dollars ended up in Najib's personal bank account.
Najib and Rosmah have both been barred from leaving the country and their home and other properties linked to them have been searched by the police as part of the 1MDB investigations.
The haul seized from their homes – Malaysia's biggest and worth up to 275 million US dollars – included 567 handbags, 423 watches and 12,000 pieces of jewelry, including 1,400 necklaces, 2,200 rings, 2,800 pairs of earrings and 14 tiaras.
Rosmah has drawn comparisons to Imelda Marcos, who left behind more than 1,200 pairs of shoes when her husband Ferdinand Marcos was ousted as president of the Philippines in 1986.
Najib has said most of the items seized from his houses were gifts given to his wife and daughter and had nothing to do with 1MDB.
Source(s): Reuters