China and the U.S. must clear misunderstandings to rebuild mutual trust
Wang Yong 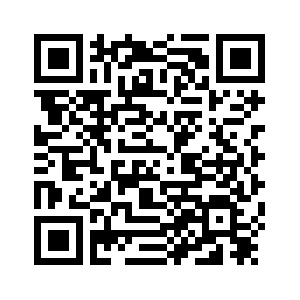 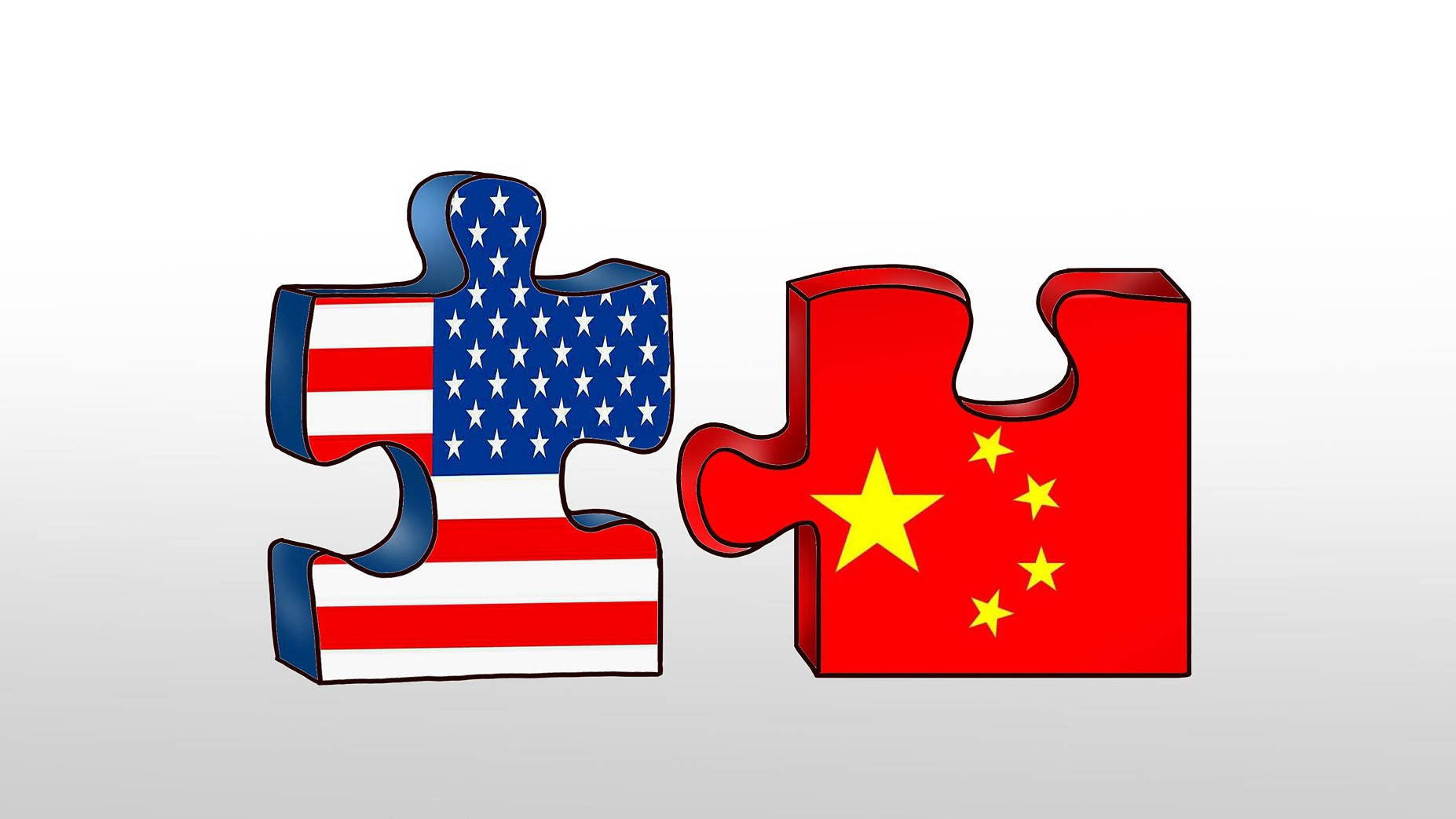 Editor's note: The following is the first part of an article written by Wang Yong, a professor at the School of International Studies at the Peking University and a member of the academic committee of the Pangoal Institution based in Beijing. The article was first published on Insight, the journal of the American Chamber of Commerce in Shanghai. It reflects the author's opinion, and not necessarily the views of CGTN.
2018 witnessed the celebration of the 40th anniversary of China's reform and opening-up, as well as the 40th anniversary of the establishment of diplomatic relations between China and the United States.
It is no coincidence that the launch of reform and opening-up and the establishment of China-U.S. diplomatic relations took place at the same time, bringing China and the world into a new era.
Since then, China has transformed from a backward and poor country into the world's second-largest economy and the world's largest trading and exporting country. 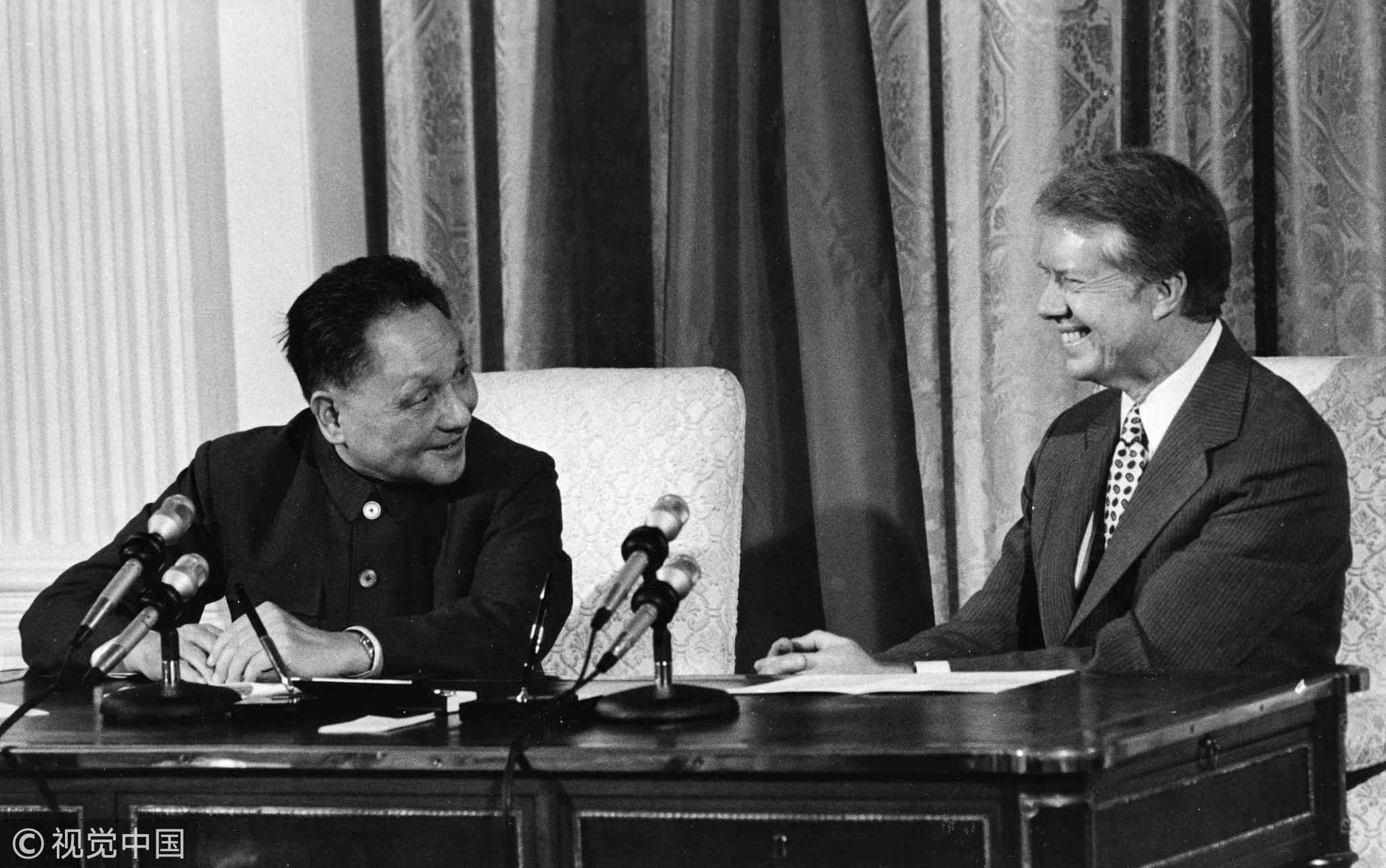 While China has greatly increased its influence in the global economy, it has also become a more comprehensive regional and global power.
However, on the occasion of the 40th anniversary of these two big events, China-U.S. relations and the course of reform and opening-up seemed to be undergoing major adjustments.
Based on tremendous changes since 2013, the 19th National Congress of the Communist Party of China proposed a new direction of development in two steps: China to become a medium-level developed country by 2050, and implement a foreign policy of great power with Chinese characteristics.
China-U.S. relations have also undergone tremendous changes.
U.S.-China political trust has declined, and the U.S. launched a tariff war on imports from China. Obviously, the U.S. government and public not only worry about the trade deficit with China but also worry about the impact of "Made in China 2025" plan on U.S. industries.
The escalation of trade friction combined with U.S. suspicion over China's new policy direction explains the prospect of a "new Cold War," and even a local "hot war" possibly caused by a dispute over the issues of the South China Sea and Taiwan Strait.
This development is regrettable.
I believe that in order to find a new direction for China-U.S. economic and trade relations, China-U.S. relations must be placed under a historical framework.
My basic view is that there are still huge common interests between China and the U.S., but we must face up to the differences between the two sides. Many problems are due to misunderstandings. Clearing up these misunderstandings will help reestablish political trust between the two sides.

Domestic adjustments in China and the U.S. after the climax of globalization

The policy direction of the U.S. and China has been basically the same in the past 30 years. In the first two decades, both embraced globalization. While the U.S. played the role of the leader of globalization, China has been an active follower as the world's largest developing country.
Both countries believe in the benefits of economic globalization, and indeed globalization has brought tremendous growth on both sides. However, economic globalization has also produced a serious negative result: disparities between the rich and the poor.
The U.S. has the largest wealth gap among developed economies while China has one the deepest wealth gaps among large developing countries. 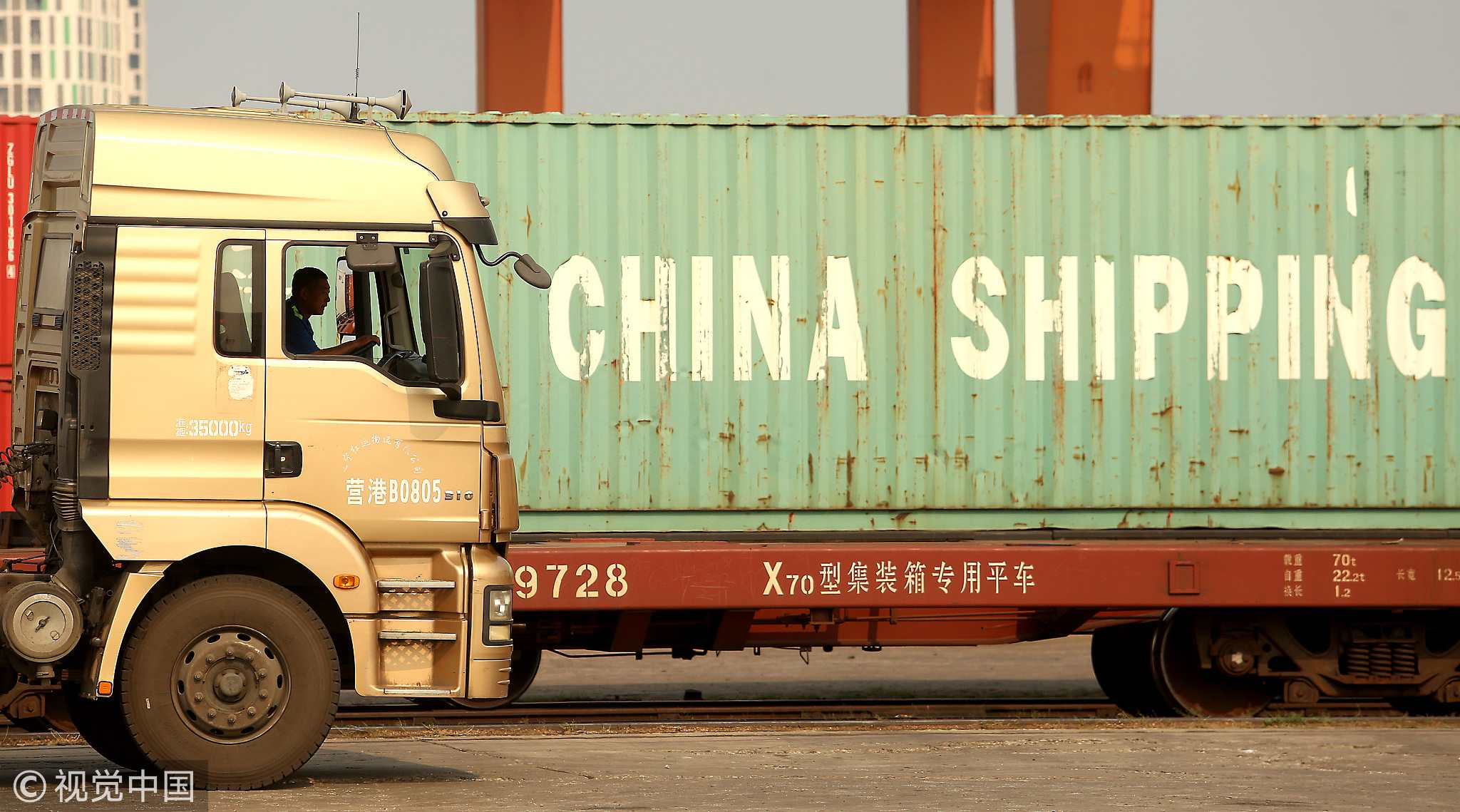 As part of the response to this severe problem, China and the U.S. made efforts to readjust domestic policies, especially after the global financial crisis in 2008.
However, due to differences in the political systems, the two have adopted different adjustment policies. The election of Donald Trump manifested the rise of populism and protectionism, and "America First" has become the primary goal of U.S. foreign policy.
Chinese leaders also recognize the unsustainability of the past development model and have emphasized adjustments in the past five years, including anti-corruption, poverty alleviation, rural rejuvenation, environmental protection, overall security strategy, prevention from financial crises, and cybersecurity.
The changes that have taken place in both countries are revolutionary, and the domestic restructuring has produced spillover effects, which have aggravated the misunderstandings and tensions between China and the United States.

Reconfirming the truth about U.S.-China trade

Economic and trade relations have brought enormous benefits to both sides. The bilateral trade between the two has reached the highest level of any bilateral trade in history. But in contrast to the views of some people in the U.S., the bilateral trade is fair and the distribution of interests is overall even because there is no "forced" buy and sell, and both sides are smart.
Regrettably, the American public does not understand the truth of China-U.S. trade, and U.S. politicians intentionally or unintentionally conceal the truth of trade for election purposes.
The rise of the global supply chain driven by economic globalization largely accounts for the rapid development of China-U.S. trade. In the global supply chain, although China has made progress in high-end sectors, Chinese companies are generally in the low-end ones.
The profits of Chinese factories and workers are far lower than those of Western investors and multinational companies. For example, in the case of Apple iPhones, Chinese factories and workers have earned only five percent of values added, while Apple has gained nearly 60 percent and the rest goes to parts suppliers in Japan and Germany. 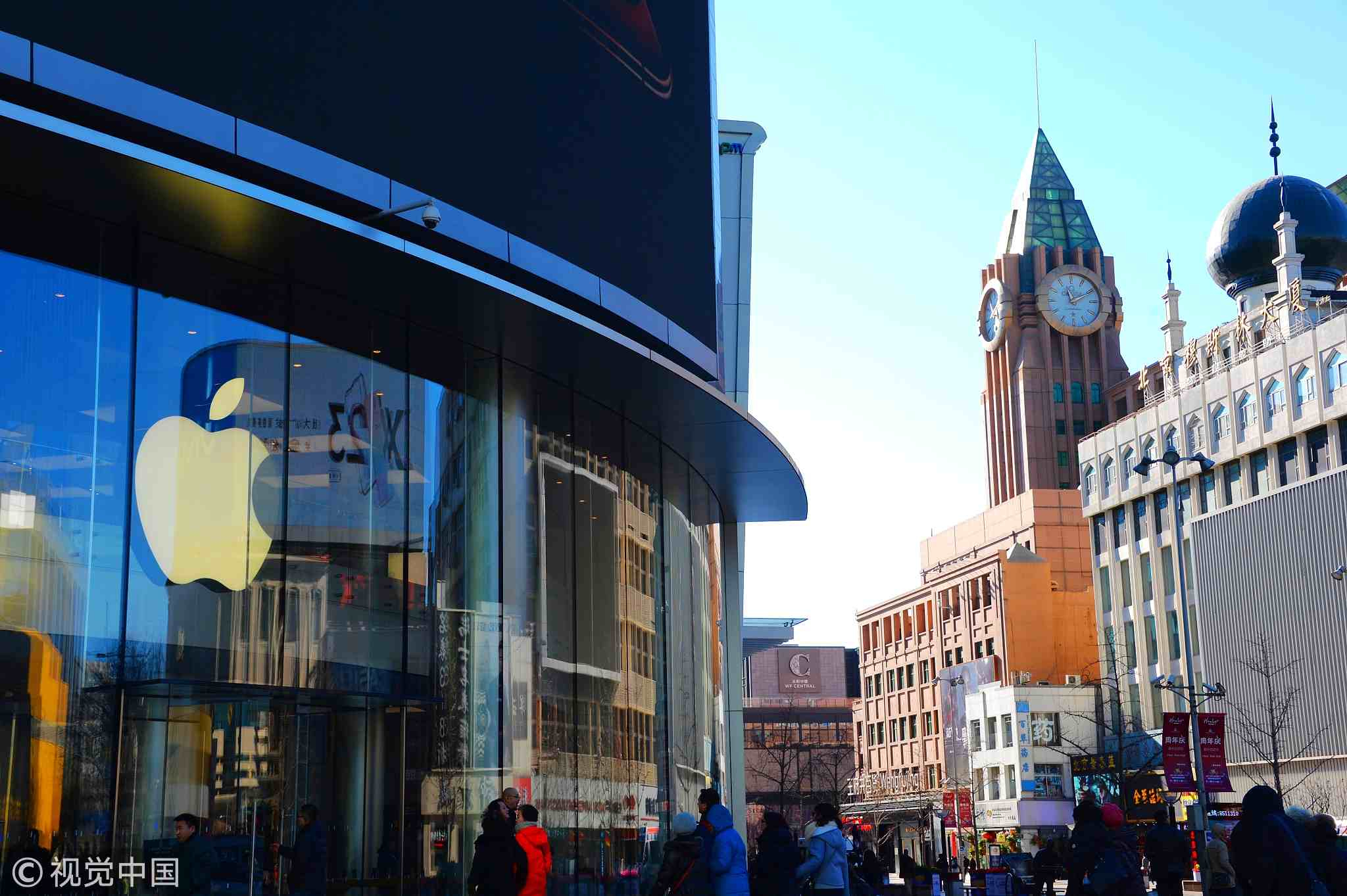 The example of Apple mobile phones reflects the reality of international trade in the era of economic globalization: China's foreign trade is large in volume, but the proportion of profit is small.
This could be illustrated well by another example: China's state-owned enterprises account for only 10 percent of the total exports of the country. Unfortunately, the American public and politicians don't understand this reality and complain about the high trade deficit with China.
Some members of the elite class in China don't understand the true picture of China-U.S. bilateral trade either and are misled to be complacent about China's export surplus and competitiveness in the so-called "high-tech" products.
American politicians have not disclosed the full picture of the trade flows, speaking only of the trade in goods. In fact, the U.S. has a surplus of 50 to 90 billion U.S. dollars per year in terms of services, not to mention the 500 billion U.S. dollars sales achieved by U.S.-owned companies annually in the Chinese market, including a large amount of U.S.-made spare parts and intellectual property.
If all aspects of China-U.S. economic and trade relations are added up, they are generally balanced.
Read the second part here: China and the U.S. must build consensus and work on common interests
(If you want to contribute and have specific expertise, please contact us at opinions@cgtn.com)