What's behind the U.S. witch hunt for 'Chinese spies'?
By Zhou Minxi 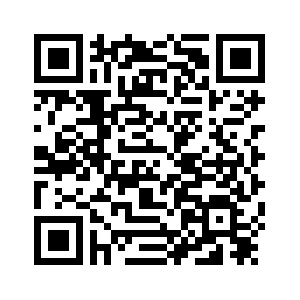 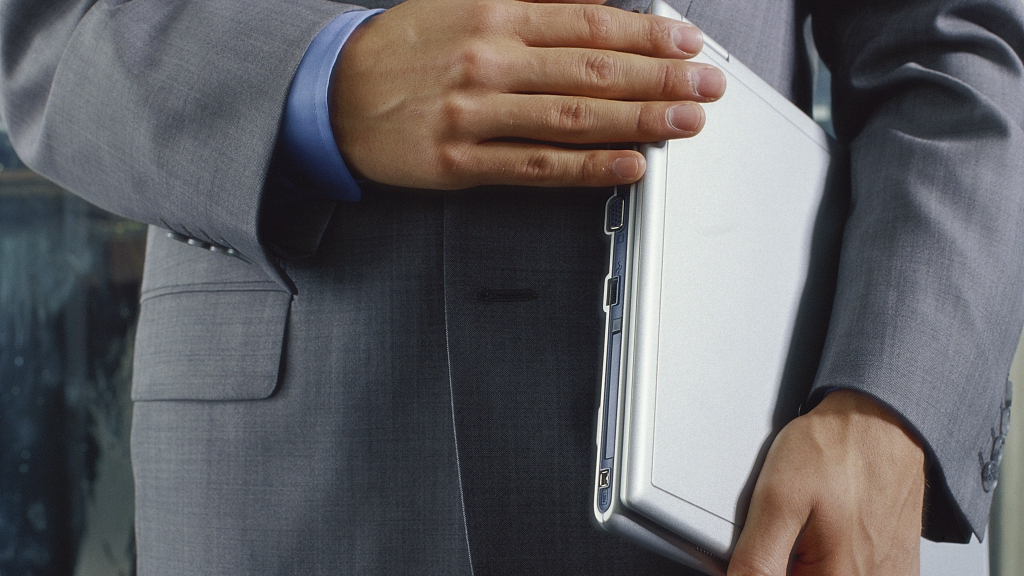 If the U.S. media's recent coverage of China is anything to go by, one may be excused in thinking that a Hollywood spy thriller has come to life. Chinese citizens, former citizens and companies have been accused of being Chinese spies in the U.S. on a scale not seen since the height of the Cold War.
The Trump administration has been coming down hard on Chinese tech firm Huawei, alleging that the company, a pioneer in 5G technology, provides backdoors for Chinese intelligence and undermines U.S. national security. It has threatened federal agencies, American universities and European allies to ban Huawei's products, or get cut off from federal funding and intelligence-sharing.
Despite the pressure, not a single country in Europe so far has banned Huawei from participating in its 5G network development, since there is no evidence suggesting that backdoors exist. And it has also been pointed out, as by Huawei's founder Ren Zhengfei in a recent interview, that the U.S. National Security Agency was known to have used American-made telecom equipment for spying on other countries.
Earlier this month, Huawei filed a lawsuit against the U.S. government, saying its ban in the country without trial is unconstitutional.
The latest clash between Washington and the Chinese tech giant came following last year's arrest in Canada  of Huawei's CFO Meng Wanzhou, at the the U.S. request. The incident has rattled the Chinese tech community and rumor has it that tech bosses are avoiding the U.S. on their travel itineraries. 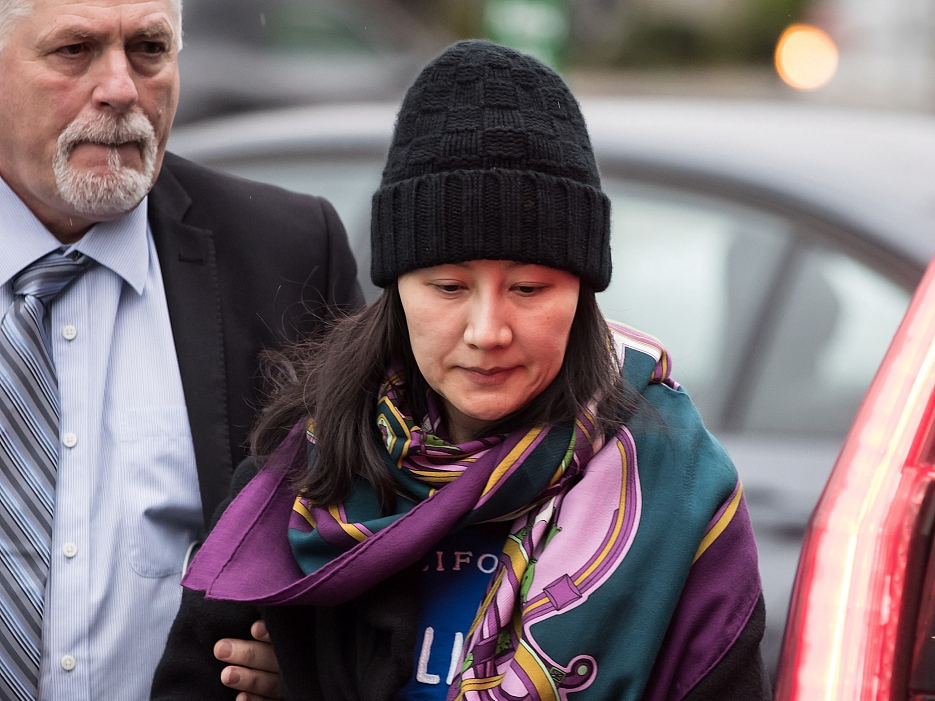 Huawei is not the only Chinese company being targeted over unfounded suspicions. In January, U.S. media reported that subway cars made by state-owned China Railway Rolling Stock Corp (CRRC) for the Orange Line of Boston could spy on U.S. officials who ride in them.
Many believe the allegations against Huawei and others are part of a larger ongoing campaign against Chinese nationals and companies.
"Meng Wanzhou and Huawei are victims of a new wave of anti-Chinese sentiments in the U.S.," said Professor Zhu Zhiqun at Bucknell University. "Whatever the outcome of Meng's case will be, this is a milestone in the history of China-U.S. relations."

A cloud of suspicion

As the spy fears loom large, the 360,000 Chinese students studying in the U.S. are already feeling the impact.
American universities spent much of 2018 lobbying against what they saw as a broad effort by the Trump administration to crack down on Chinese students, who bring in billions of U.S. dollars annually through tuition fees. At a dinner in August, President Donald Trump claimed that "almost every Chinese student coming to the U.S. is a spy." 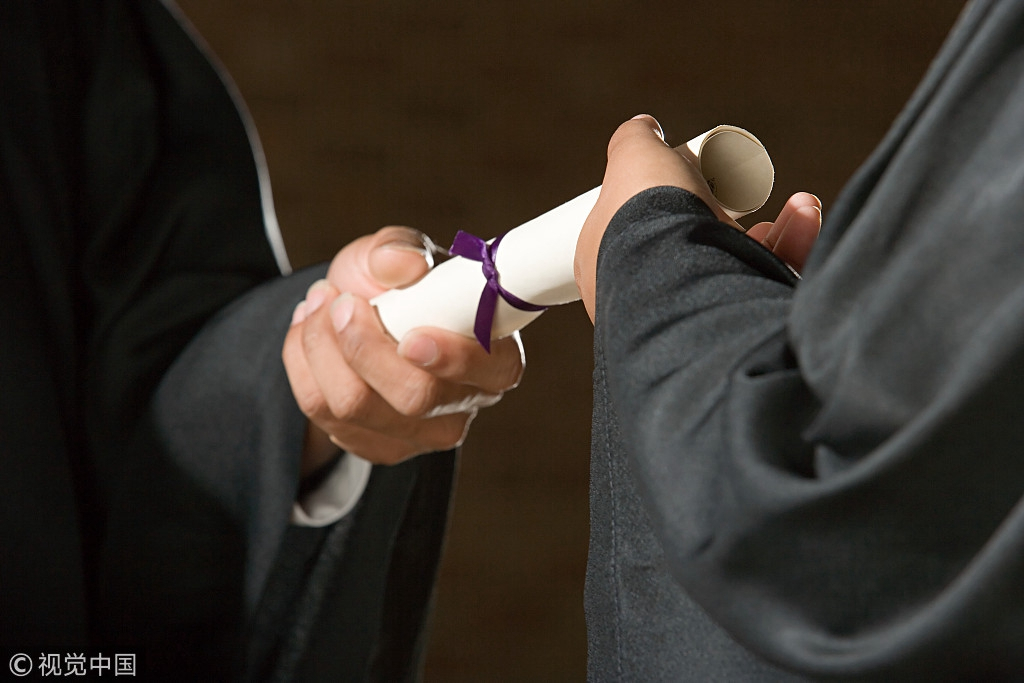 In June, the U.S. State Department shortened the length of visa for Chinese graduate students studying in such fields as aviation, robotics and advanced manufacturing over fears of spying and intellectual property theft. In December, the White House announced it was considering additional vetting process of Chinese students applying for visas, including checks of phone records and personal social media accounts. A White House adviser even proposed a ban on student visas for all Chinese nationals early in 2018, the Financial Times reported.
U.S. House Representative Judy Chu of California said the current visa restrictions amounted to targeting "an entire ethnic group of people for suspicion that they're spies for China."
Some U.S. politicians and officials from the intelligence community believe that China is using students and ordinary expatriates to infiltrate American institutions and steal key technologies, citing recently publicized cases of alleged espionage linked to several former students from China.
"We assess that China's intelligence services will exploit the openness of American society, especially academia and the scientific community, using a variety of means," said the intelligence community's World Wide Threat Assessment released in January.
FBI Director Chris Wray said at a February 13 Senate hearing that the U.S. should view "the China threat as not just a whole-of-government threat, but a whole-of-society threat," that takes "a whole-of-society response."
China's ambassador to the United States Cui Tiankai said the accusations were groundless and "extremely unfair."
The sweeping crackdown on Chinese students and scholars is an attempt to contain China's development and breakthroughs in advanced technology, said Professor Chung-chian Teng from Chengchi University in Taiwan. A 5G illustration at the Huawei Research and Development Center in Beijing, January 10, 2019. /VCG Photo

A 5G illustration at the Huawei Research and Development Center in Beijing, January 10, 2019. /VCG Photo

Terry Hartle, senior vice president at the American Council on Education, said Chinese students risked becoming "pawns" in the U.S.-China rivalry.
But Chinese nationals are not the only ones accused of being Beijing's spies. Earlier this week, a Florida spa owner was probed after reportedly offering Chinese clients the "opportunity to interact" with Trump, raising concerns that the Chinese could buy political influence in the U.S. The Chinese American businesswoman insisted that her service was about publicity and not politics, as photo-ops with the president and other political figures would be translated into perceived influence and bragging rights by some Chinese.
In recent years, preemptive actions have been taken against Americans of Chinese heritage in a far-reaching witch hunt reminiscent of the McCarthy era, when U.S. Senator Joseph McCarthy led a massive purge in 1950s against alleged communists, destroying many lives in the name of "national security".

A new era of McCarthyism?

Although the latest anti-China hysteria is easily blamed on Trump, innocent Chinese Americans were wrongly accused as "Chinese spies" and had their reputations and livelihoods ruined before the 2016 election.
In 2015, Temple University physics professor Xiaoxing Xi was handcuffed and taken away when his home was stormed and his family held at gunpoint by FBI agents. The Chinese-born scientist was eventually cleared of espionage charges, but having been called a "spy" all over the news has irrevocably damaged his career.
Another high-profile case involving a Chinese American scientist was the 2014 arrest of award-winning hydrologist Sherry Chen, who was fired from the National Weather Service as a result even after the charges against her were dropped.
Research by Andrew Kim at South Texas College of Law found that the percentage of people of Chinese heritage charged under the Economic Espionage Act has tripled since 2009.
"Asians and people of Chinese descent are being disproportionately prosecuted. But what's even more disturbing is that so many of them are innocent," Kim said. 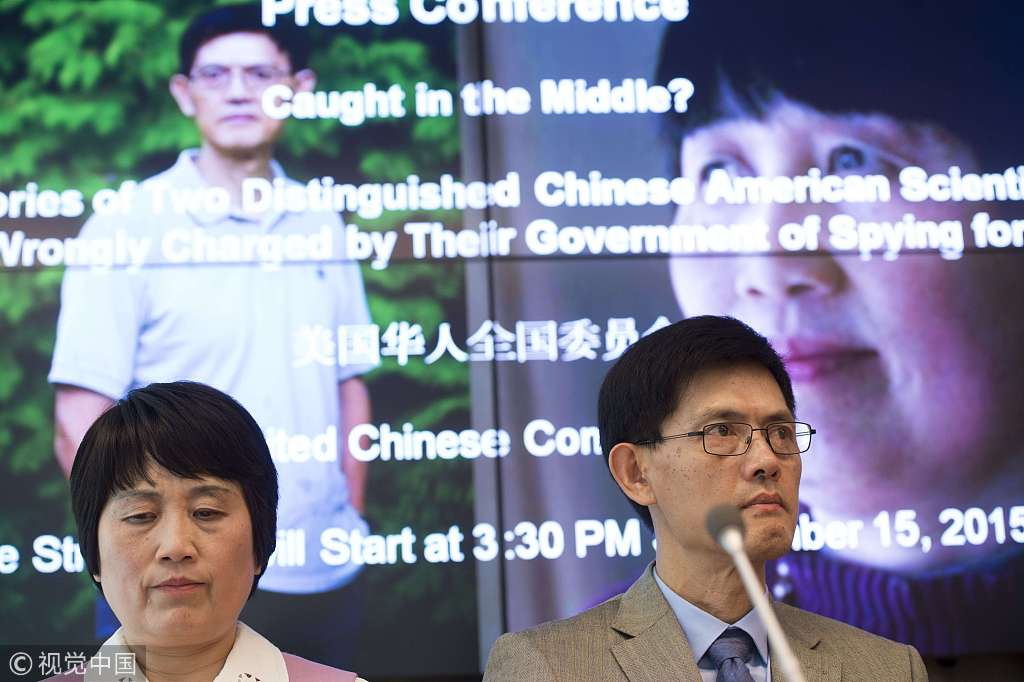 Sherry Chen (L) and Xiaoxing Xi speak about the dropped charges against them of spying for China during a press conference in Washington, D.C., September 15, 2015. /VCG Photo

Sherry Chen (L) and Xiaoxing Xi speak about the dropped charges against them of spying for China during a press conference in Washington, D.C., September 15, 2015. /VCG Photo

Sun Taiyi, assistant professor of Political Science at Christopher Newport University, believes internal and external circumstances coupled with America's systematic discrimination against the Chinese have made things worse for the Chinese community in the U.S. But this situation is unlikely to change with a different president.
Sun pointed out at a recent seminar in Beijing that a shift in the U.S. elites' attitude toward China was occurring long before Trump took office.
Since former U.S. President George W. Bush famously labeled China as a "strategic competitor," the political elites, to their disappointment, have realized that China's rise has not made it more like the West. It is actually the American establishment that has turned hawkish on China, Sun said.
Because Trump lacks political legitimacy in the eyes of the establishment, his policies are driven primarily by a domestic agenda to secure economic and cultural legitimacy, according to Sun, which has manifested as fighting over trade and technological dominance.
Currently, U.S. politics is preoccupied with the Russia investigation and partisan bickering, so Trump is eager to win on the international stage and take some of the media attention away from home, said Professor Zhao Quansheng at American University.
Facing a myriad of challenges on the domestic front, the American president sees that countering China is the one thing both parties can still agree on, Sun noted. "From this perspective, the Trump administration will not easily back down."