Five to watch: Era of divided government begins in U.S.
By John Goodrich 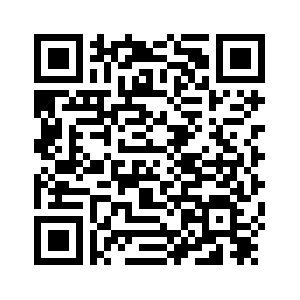 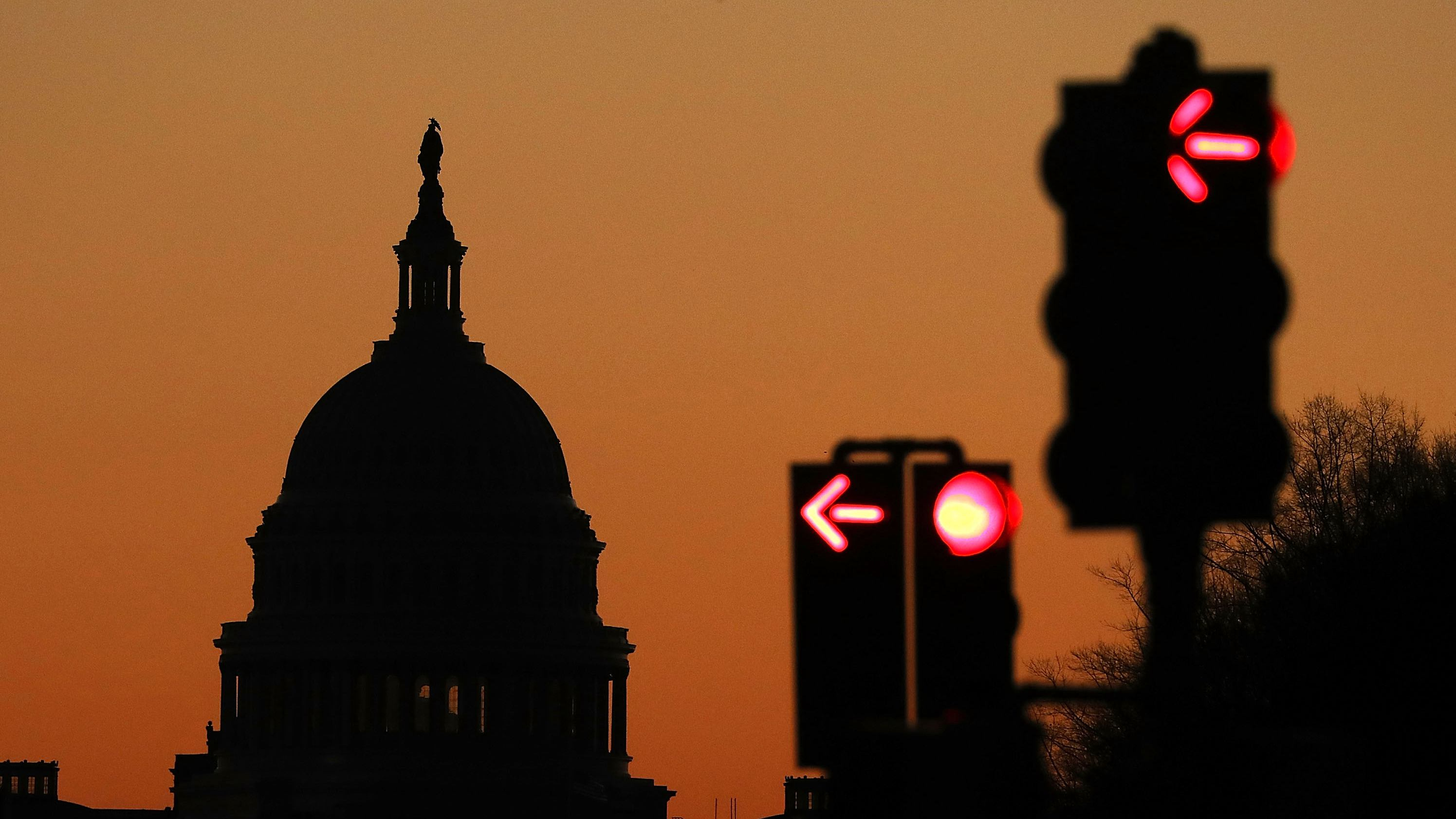 New investigations, fresh faces and a government shutdown will be in the spotlight as the United States begins two years of divided government on Thursday, with President Donald Trump waking up to a period of intense congressional oversight.
The Democrats flipped the House of Representatives in November's midterm elections, while the Republicans extended their majority in the Senate and, of course, Trump remains in the White House.
Here are five issues to watch as the new Congress is sworn in on Thursday. 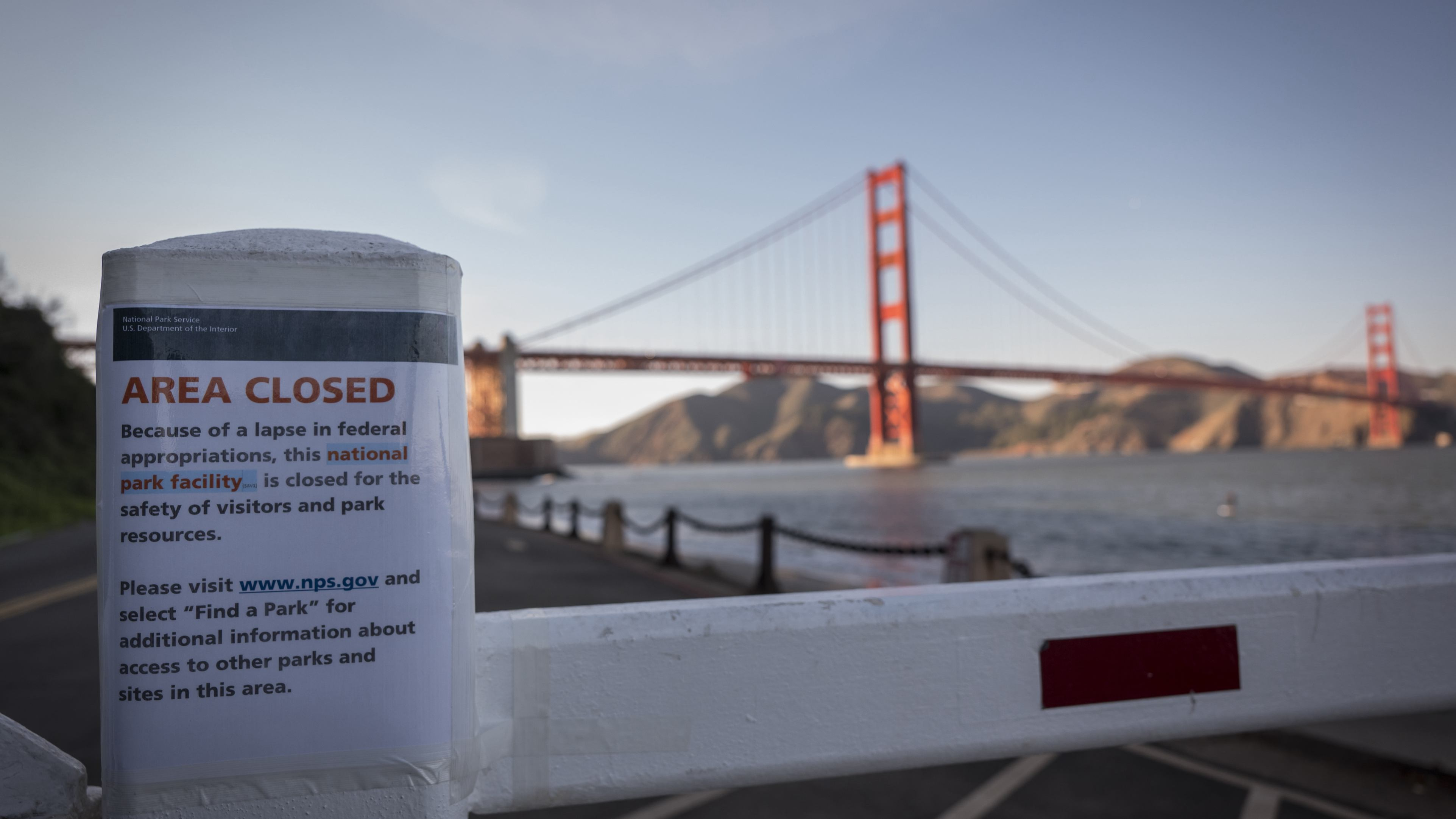 A sign announcing a national park closure in San Francisco, California, due to a government shutdown, January 2, 2019. /VCG Photo

A sign announcing a national park closure in San Francisco, California, due to a government shutdown, January 2, 2019. /VCG Photo

Top of the agenda is the partial government shutdown, which began 12 days ago.
Negotiations have taken place with little sign of a breakthrough. Trump continues to demand five billion U.S. dollars in funding for a wall at the U.S.-Mexico border, a political win the Democrats are unwilling to concede, to reopen the government.
The new Democrat majority in the House is expected to immediately pass legislation to the Senate that would reopen the government without funding the wall, but Senate Majority Leader Mitch McConnell is unlikely to put any bill to the floor the president won't sign.
The shutdown scrap is set to be the first of many base-pleasing disputes setting Trump against Democrats in Congress as campaigning for the 2020 presidential election heats up. 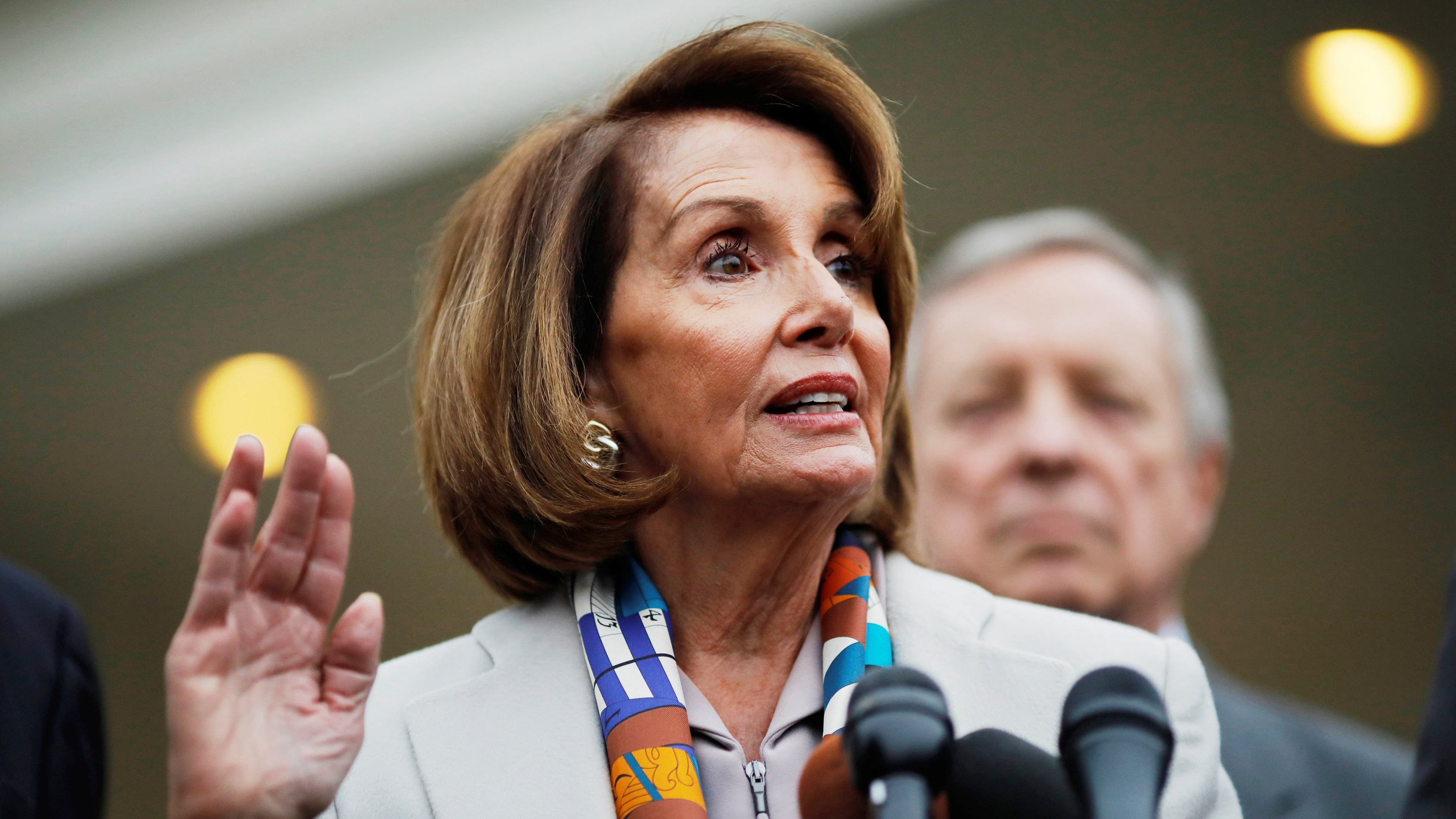 Nancy Pelosi appears to have sewn up the House speakership, despite the misgivings of new Democratic colleagues on the progressive wing of the party.
The 78-year-old needs to be approved by a majority in the new chamber on Thursday, and there could be some dissenting voices given that more than 60 Democratic candidates pledged to oppose her during the midterms. However, she looks on course to again become the most powerful woman in U.S. politics and second in line for the presidency.
Much has been made of splits between Trump supporters and moderate Republicans, but Pelosi is tasked with managing some daunting Democratic divides: centrists versus progressives, as well as those who want to impeach the president and those more focused on passing legislation.
In an early sign that Pelosi will not get things all her own way, high profile incoming representative Alexandria Ocasio-Cortez said on Wednesday she would vote against new Democrat-proposed rules on deficit spending. 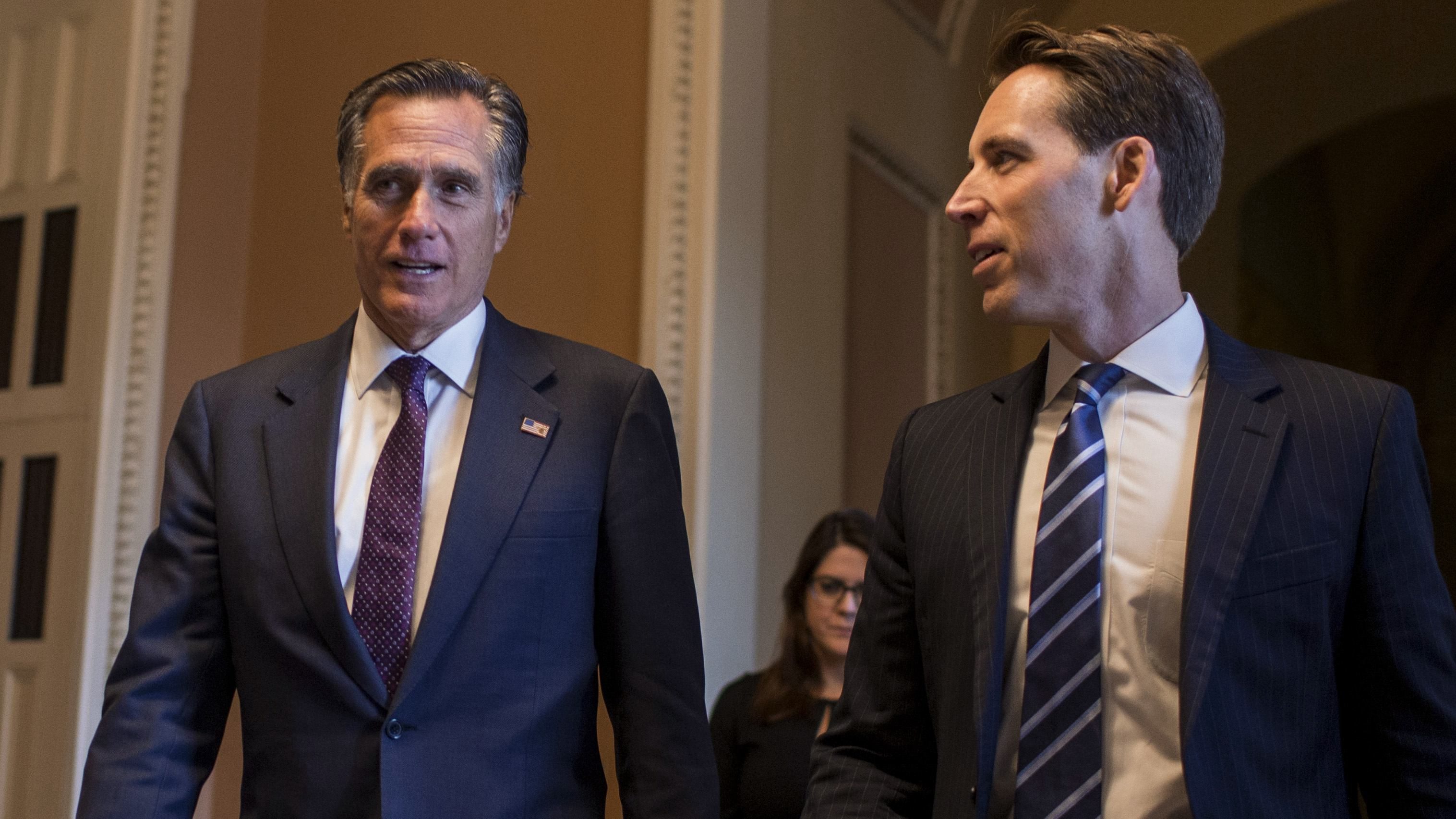 The Republicans increased their majority in the Senate in the midterms, now holding a 53-47 advantage, and several moderate lawmakers – such as Jeff Flake and Bob Corker – stepped down.
The result was generally positive for the president, but not all the new Republican faces will be friendly.
Mitt Romney, the former Republican presidential candidate, sometime Trump foe and new senator for Utah, on Wednesday set out a stall to lead the Republican resistance to the president in Congress.
He wrote in the Washington Post that "Trump's words and actions have caused dismay around the world," stoking speculation that he could launch a primary challenge.
On the Democratic side, Ocasio-Cortez will likely take the headlines, but there will be a series of 'firsts' including the first Muslim women to serve in Congress - Rashida Tlaib and Ilhan Omar. 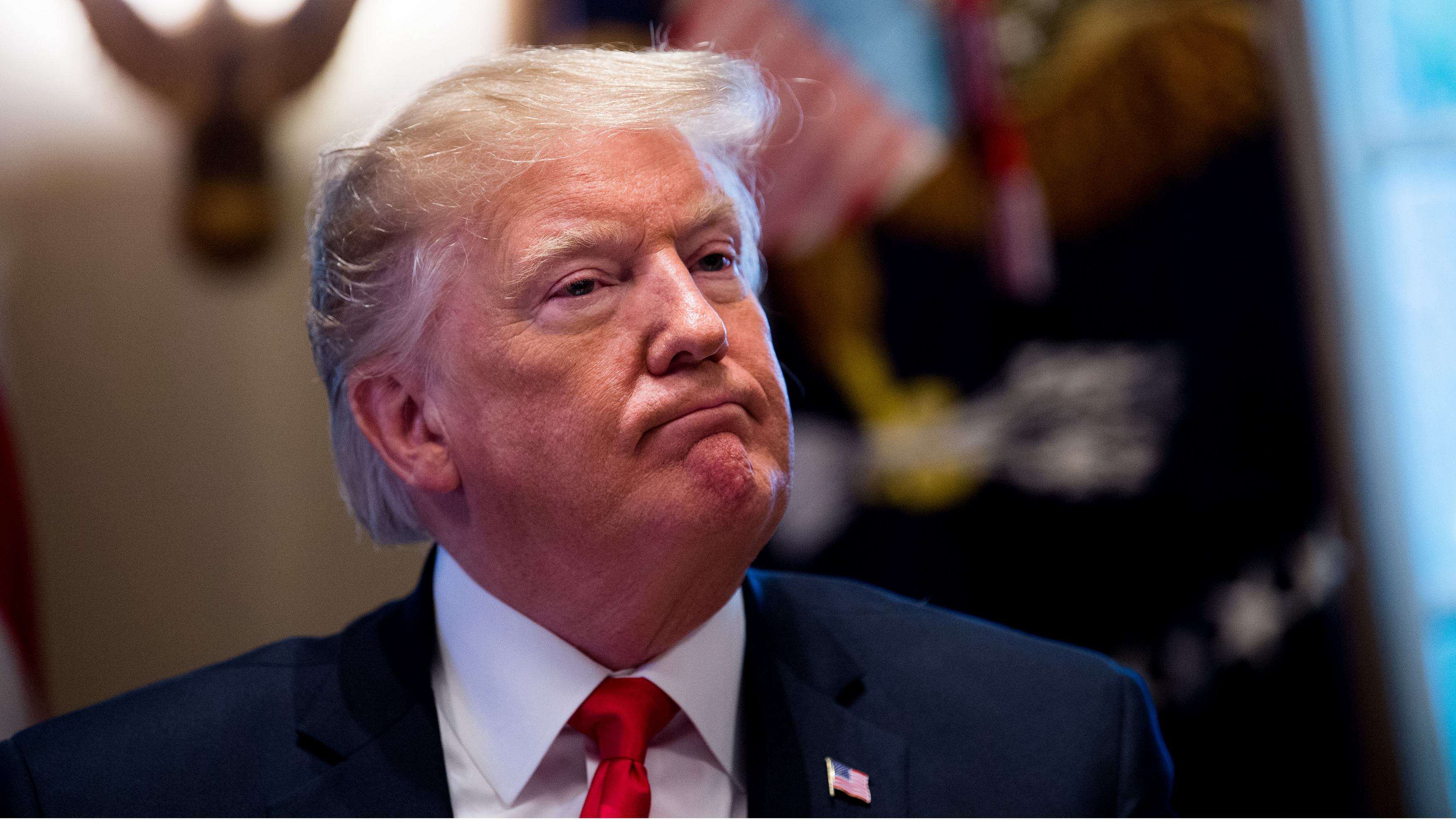 With a majority in the House of Representatives, the Democrats will take control of powerful committees – and oversight of the White House will be stepped up considerably.
A slew of investigations into the Trump presidency are expected to begin in short order, and a subpoena for the president's tax returns – which he has repeatedly refused to release – could be one of the first in the post.
Investigations into other areas of Trump's finances and business dealings as well as further probes into the 2016 election and whether he has profited from the presidency are also likely to be on the agenda.
The ultimate aim of some Democrats is to launch impeachment proceedings against the president, a call that will gain momentum if the Mueller report includes concrete, damaging findings. 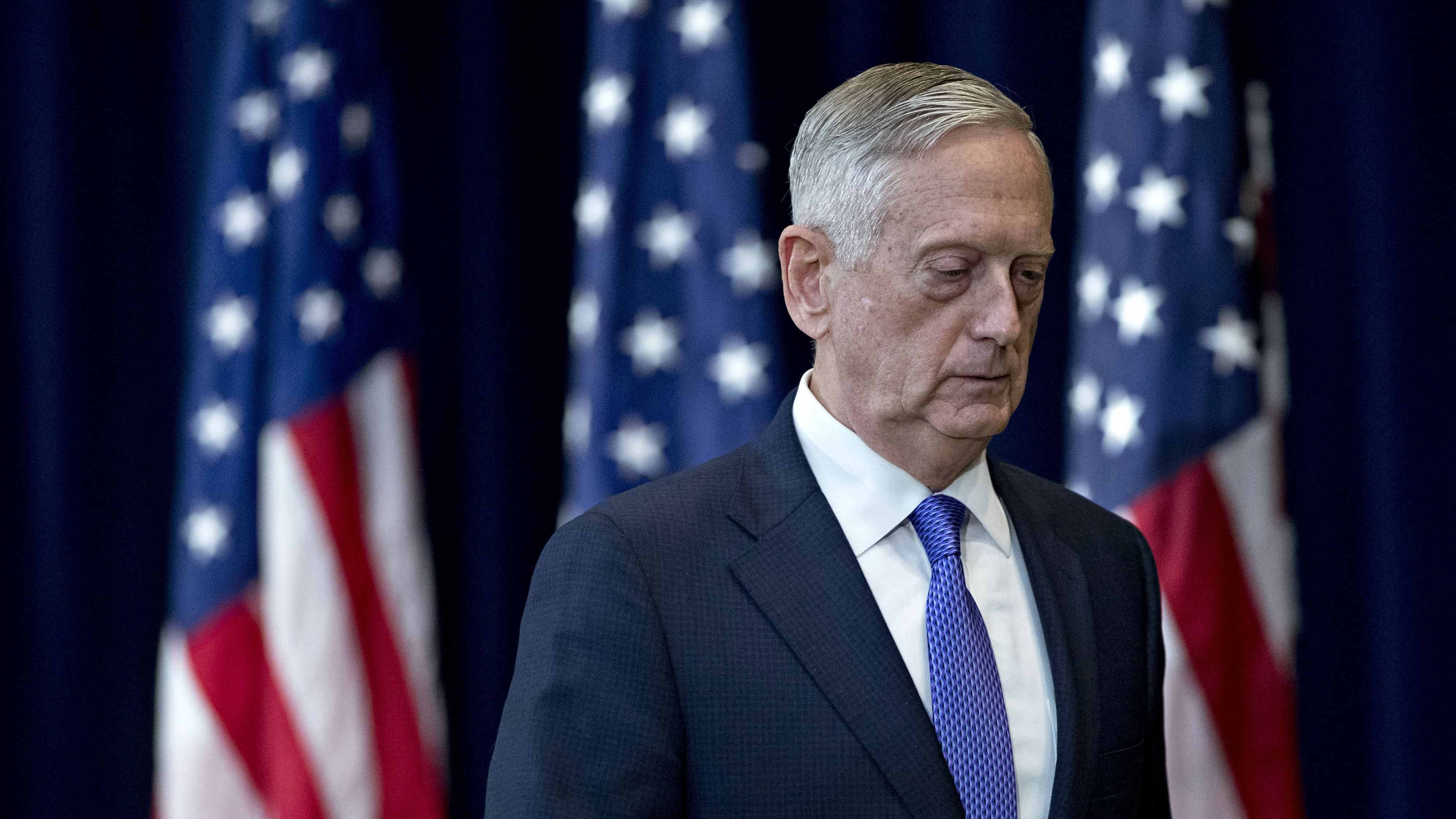 Former Defense Secretary Jim Mattis is one of a number of top officials to have left the Trump administration at the end of 2018. /VCG Photo

Former Defense Secretary Jim Mattis is one of a number of top officials to have left the Trump administration at the end of 2018. /VCG Photo

The Trump administration has six top roles to fill – including attorney-general, chief of staff and secretary of defense – and several will require Senate confirmation.
At year's end, Nikki Haley departed as U.S. ambassador to the UN, Jim Mattis stood down as defense secretary, Ryan Zinke left as interior secretary and John Kelly stepped aside as chief of staff. Jeff Sessions was fired as attorney-general in December, meanwhile, and Scott Pruitt is yet to be permanently replaced at the Environmental Protection Agency.
Trump has been buttressed by an increased Republican majority in the Senate, but that doesn't necessarily mean an easy ride for nominees.
Trump wants a defense secretary aligned to his worldview, but Republican senators may be reluctant to approve such a figure. And questions have already been raised about William Barr, the nominee for attorney-general who will face the Senate Judiciary Committee in mid-January.