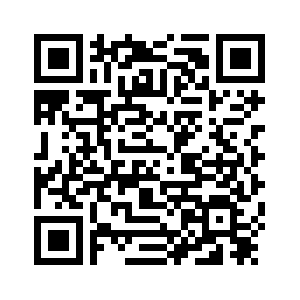 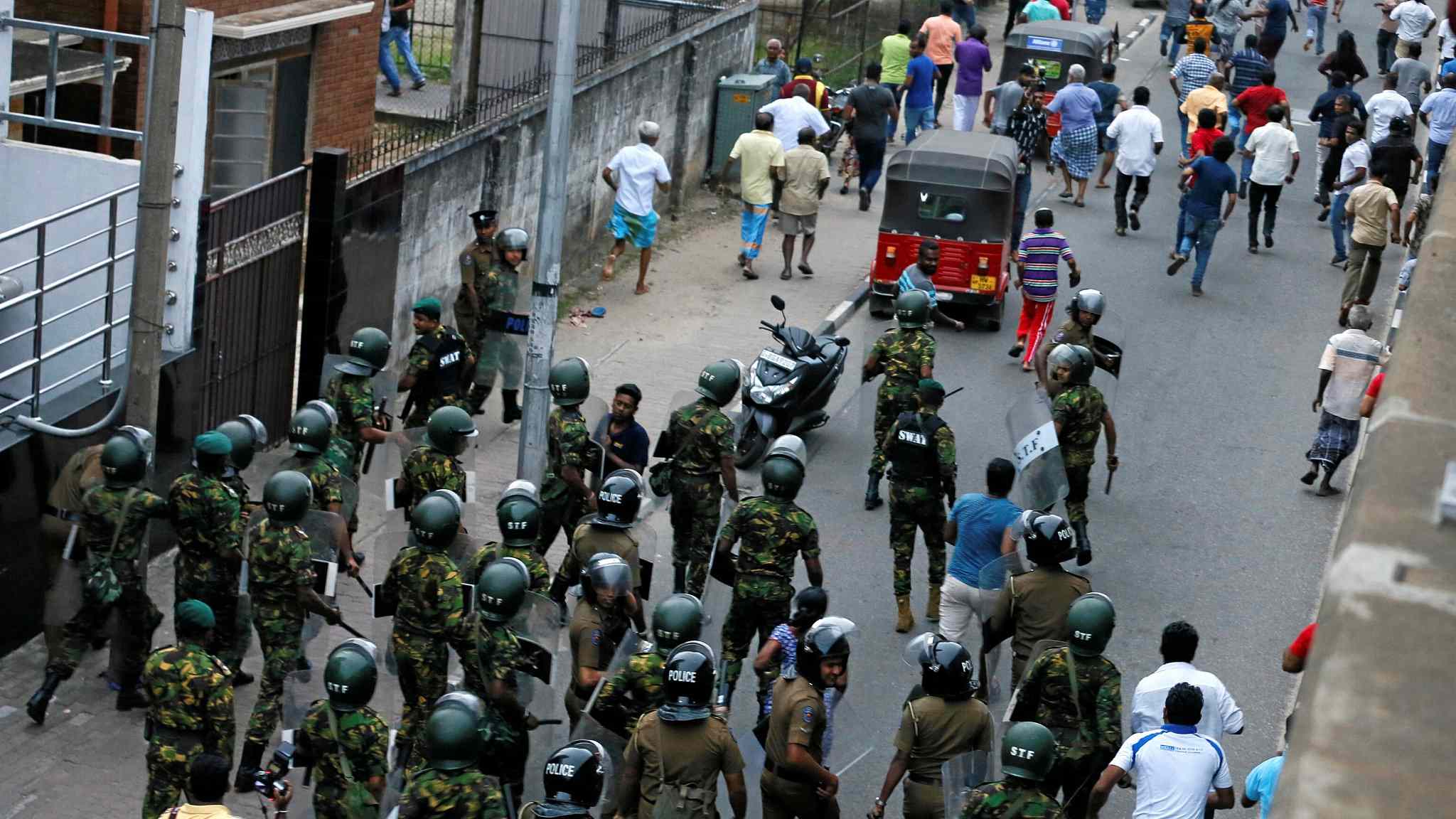 Sri Lanka's political crisis escalated on Sunday with one person killed, days after President Maithripala Sirisena decided to replace his prime minister and suspend parliament.
The island nation has been plunged in a crisis since Friday, when Sirisena abruptly sacked Prime Minister Ranil Wickremesinghe and swore in ex-President Mahinda Rajapaksa as the new prime minister.
Sirisena said the move was motivated by a plot to kill him, and by economic collapse. Wickremesinghe says it was illegal and he is still prime minister.
In an address to the nation on Sunday, Sirisena said his action to change the government was "totally in accordance with the constitution and on the advice of legal experts."
On Saturday, he also suspended parliament until November 16, a move the ousted prime minister's supporters say was intended to prevent lawmakers from showing support for Wickremesinghe. 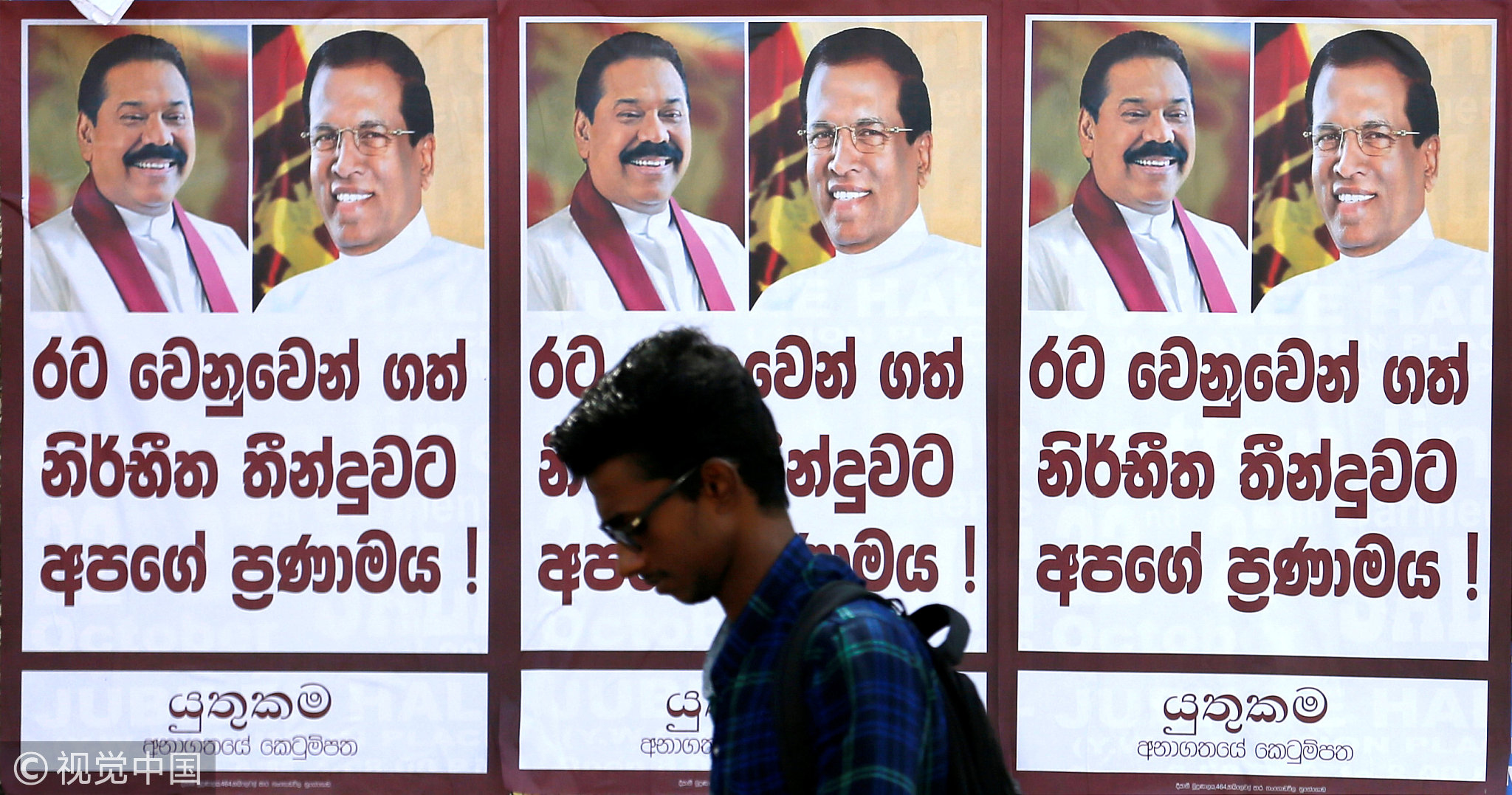 In a letter to Sirisena on Sunday, Parliament Speaker Karu Jayasuriya urged him to reconsider his decision, saying it would have "serious and undesirable consequences" for the country.
He also called on the president to protect the rights and privileges of Wickremesinghe "until any other person emerges from within Parliament as having secured the confidence of Parliament."
Rajapaksa – who ruled as president from 2005-2015 – meanwhile called on lawmakers to support his new government.
In a statement released late on Sunday, he pledged to "eschew the politics of hate and set up an interim government that will protect the human rights of all citizens, that will protect the independence of the judiciary and establish law and order."
Since Rajapaksa was sworn in, trade unions allied to him have blocked government buildings to prevent members of the former cabinet from reaching their offices.
On Sunday, as Arjuna Ranatunga, petroleum minister in the ousted cabinet, tried to re-enter his office at the headquarters of state oil company Ceylon Petroleum Corp., police said one of his security guards opened fire. One person was killed and two wounded. 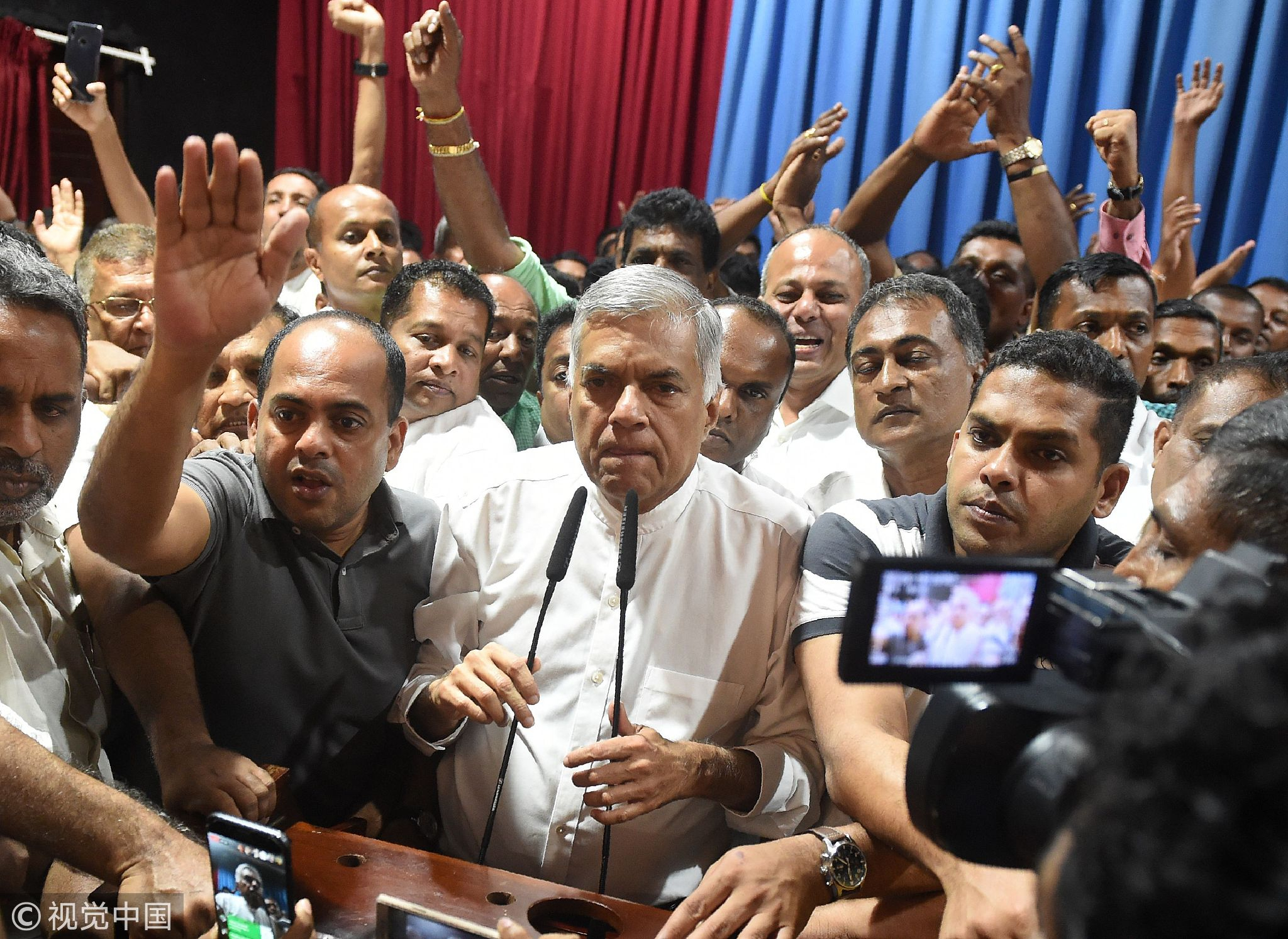 The US State Department urged all sides to refrain from violence and called on Sirisena to immediately reconvene parliament.
UN Secretary-General Antonio Guterres called on the Sri Lankan government to respect democratic values and constitutional provisions and process, uphold the rule of law and ensure the safety and security of all Sri Lankans.
Chinese ambassador to Sri Lanka Cheng Xueyuan met Rajapaksa on Saturday. The Chinese diplomat also met Wickremesinghe and Jayasuriya.
The Sri Lankan government received billions of US dollars of investment from China to rebuild the country following the end of a 26-year civil war against Tamil separatists in 2009.
Source(s): Reuters ,Xinhua News Agency