2018 Reporters' look back: Migrants 'surge' into the Balkans en route to EU
By Aljosa Milenkovic 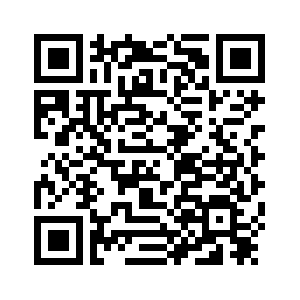 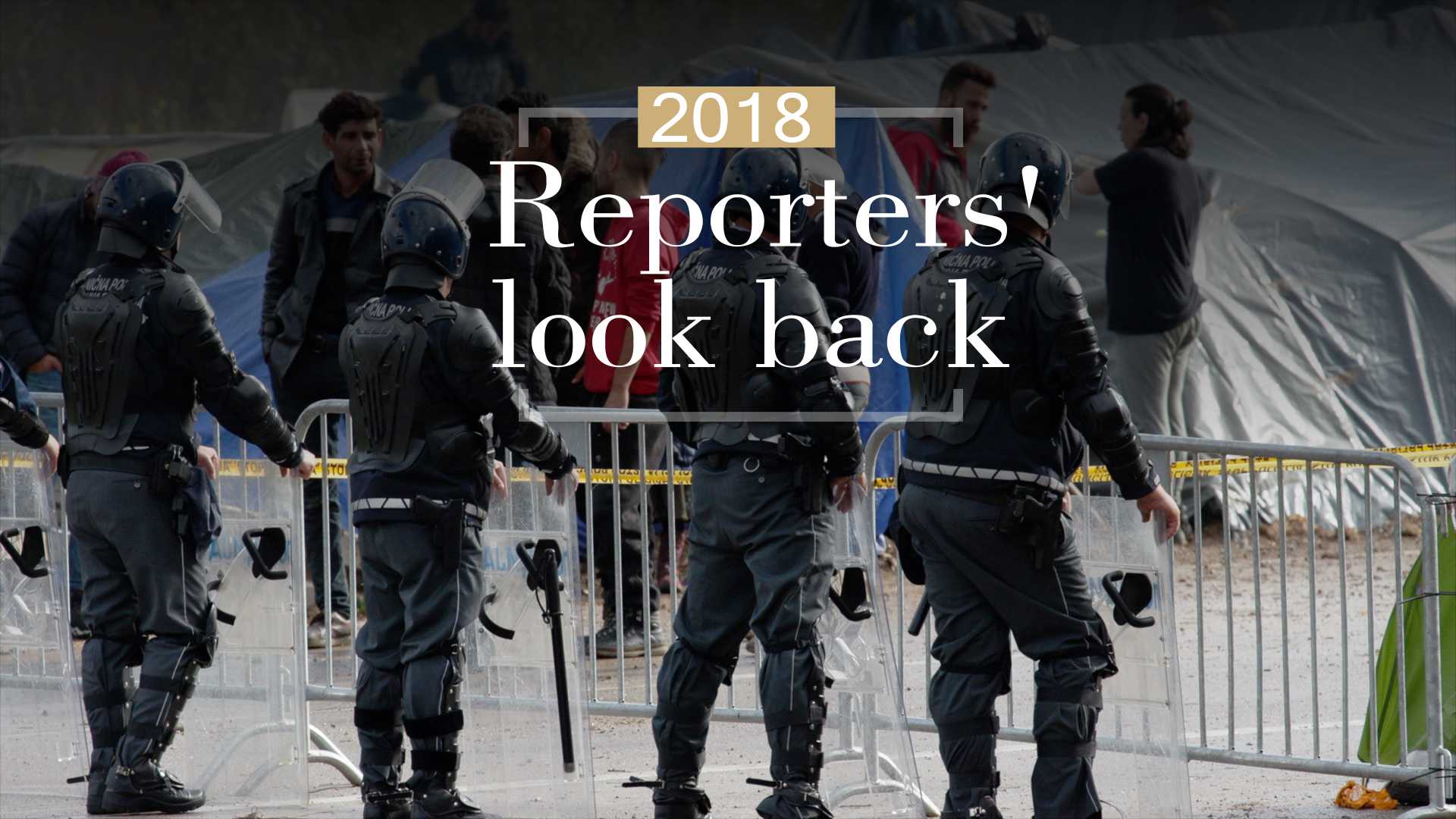 Thousands of humans crossed into the Balkans back in 2015. Back then, at the peak of the so-called migrant crisis, almost 15,000 people a day were illegally crossing the borders.
They set off from Turkey, and then went via a treacherous stretch of the sea to the Greek islands, after which the final, European leg of their journey began.
Reporting for CGTN about the so-called "new migrant route," I've followed them through Albania, Serbia, Bosnia and Herzegovina, Montenegro and Croatia into Slovenia.
The first thing the vast majority did when they touched European soil was to get rid of all of their documents. It was seen as protection from the possible deportation of those not coming from war-torn Syria.
It later turned out that only a very few were actually from Syria. The rest were from Morocco, Egypt, Bangladesh, Iran, Tunisia, Algeria, Pakistan and others.
When Hungary erected the fence along the border with Serbia in September 2015, migrant numbers dwindled and it seemed that the influx had finally been cut down. But like a river's flow, people seeking a better life found their way around that obstacle.
The stream didn't dry up. New migrant routes were opened, first through Croatia and Slovenia to Austria, and then onwards through Bosnia and Croatia to Slovenia, towards Italy. 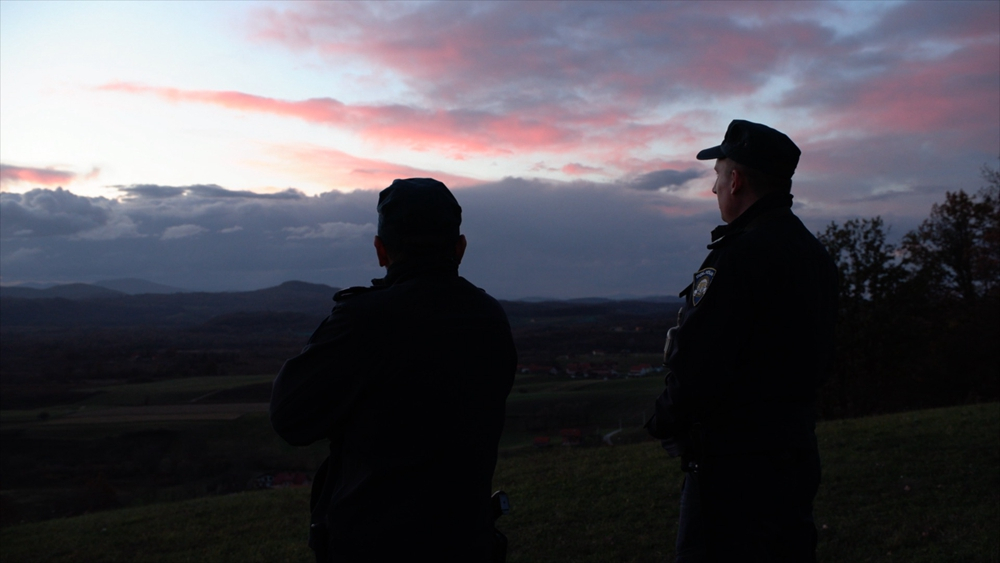 Croatian border police on the lookout at the Bogovolja border crossing with Bosnia. /CGTN Photo

Croatian border police on the lookout at the Bogovolja border crossing with Bosnia. /CGTN Photo

After speaking with a number of the migrants, it was obvious to me that most often the main motive to embark on this perilous and very expensive journey was their quest for a better life.
Western Europe is their "El Dorado," and they were part of the 21st century variation of the "gold rush" that moved millions in North America.
Many of these migrants paid substantial amounts of money to smugglers who would illegally take them from one country to another, I was told.
Many borrowed lots of money just for this purpose, hoping that when they reached the West, they would easily find a well-paid job and pay back all that money to the lenders.
Because of that, the vast majority of those crossing the borders are young males, with very, very few women and children among them. 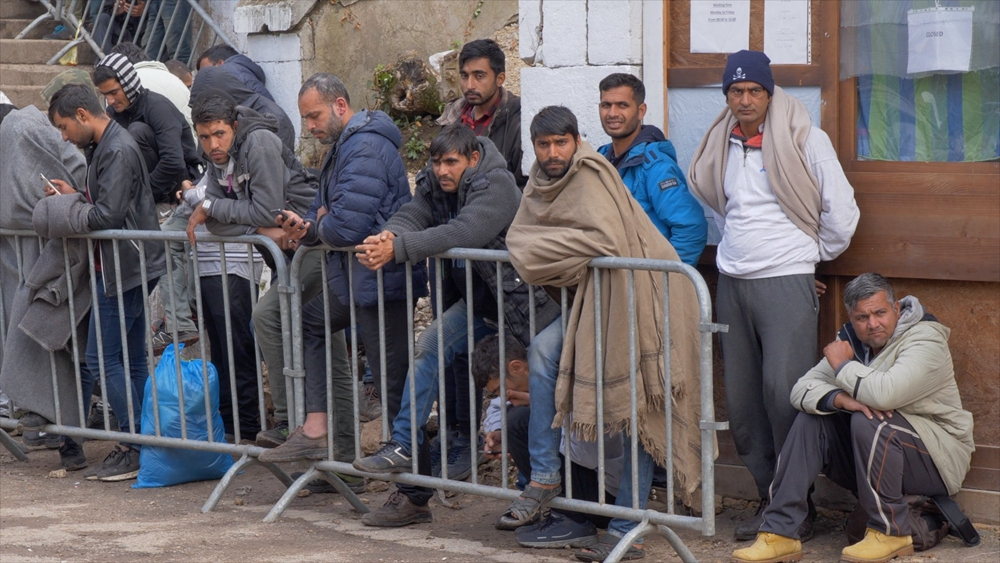 Migrants wait to have lunch near Bihac town center in Bosnia and Herzegovina. /CGTN Photo

Migrants wait to have lunch near Bihac town center in Bosnia and Herzegovina. /CGTN Photo

But not too many were actually prepared for the perils of the journey that lay ahead.
Many countries along the Balkan Route were frequently invaded in their history. Countries like Serbia, Bulgaria and Greece were under Muslim-Ottoman rule for centuries, while Hungary was at the frontline of defending the rest of Europe from invaders.
Turkish occupiers were chased away from this region more than a century and a half ago, but when hundreds of thousands of Muslim migrants and refugees started arriving to this region – almost all of them young males – memories of those dreadful times of invading Muslim forces were revived for the locals. 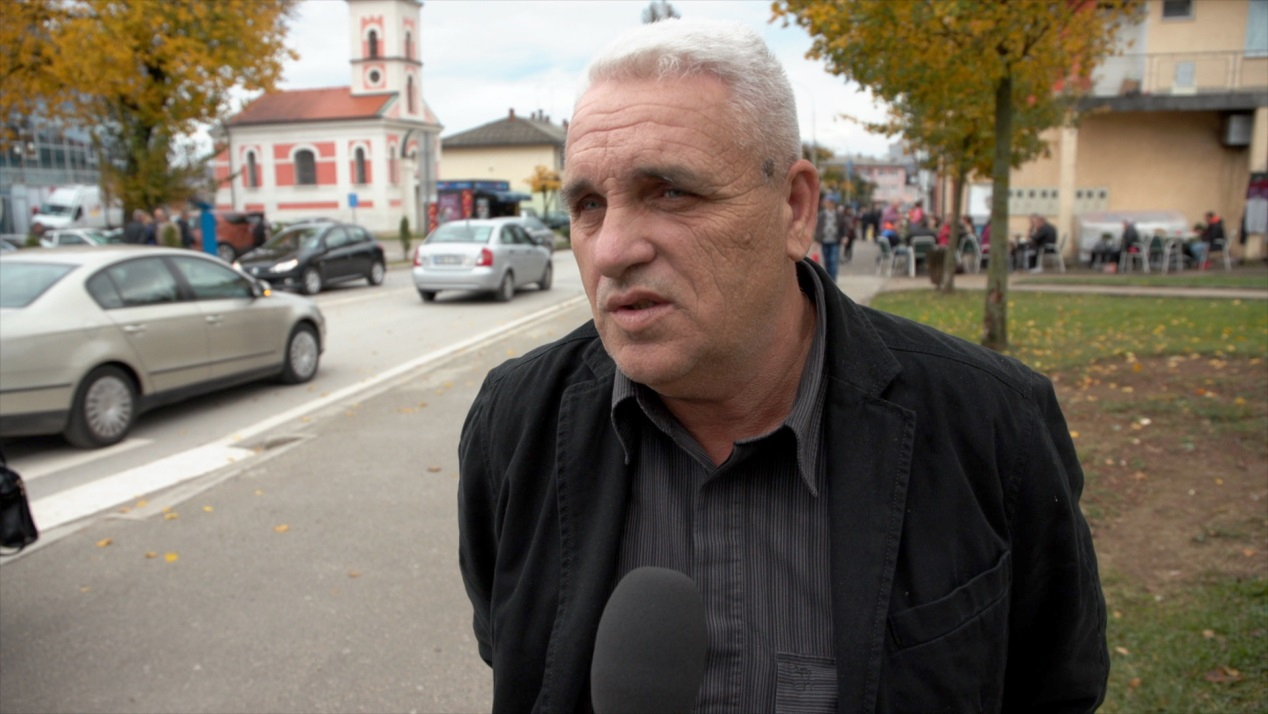 Ekrem Kudic, a local resident of Velika Kladusa near the Bosnia-Croatia border, speaks to CGTN about his concerns over migration. /CGTN Photo

Ekrem Kudic, a local resident of Velika Kladusa near the Bosnia-Croatia border, speaks to CGTN about his concerns over migration. /CGTN Photo

As a result, it was not uncommon to hear about the unwelcoming reception in those Balkans countries, and accusations of brutality from the police and vigilante groups. People in these countries have accused the Western leaders who invited migrants into their backyard of being hypocrites, and that they are trying to put the burden of these huge migrations onto the shoulders of small Balkan countries.
Yet none of that is stopping the influx of the people to their "El Dorado" via the Balkan Route. People in the camps we spoke with didn't show any signs of giving up, despite the appalling conditions they live in. And confusion over how to resolve this problem, which was created by the West, is not helping at all. 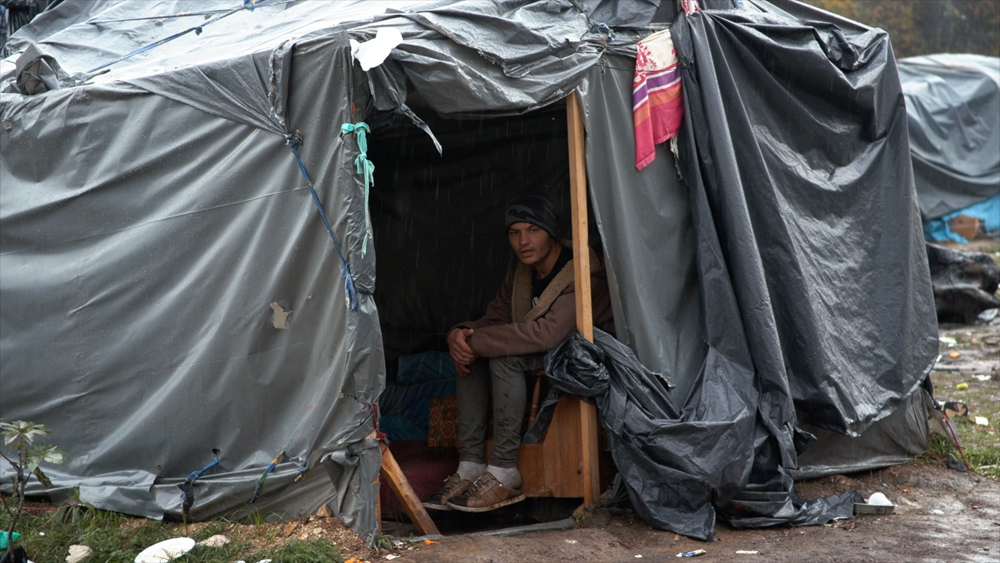 A migrant seeks shelter from the rain in a makeshift camp on the outskirts of Velika Kladusa near the Bosnia-Croatia border. /CGTN Photo

A migrant seeks shelter from the rain in a makeshift camp on the outskirts of Velika Kladusa near the Bosnia-Croatia border. /CGTN Photo

The words of one police officer I met at the Croatia-Bosnia border illustrated that confusion well in just a few sentences.
"Slovenia, at this moment, needs 30,000 manual laborers, and nobody wants to do those jobs – sweep the streets, throw away the garbage, clean the sewage," he said. "But at the same time it is so idealistic to think that these people can and will be ready to accept our – the European – way of life. The question is: Are we ready to trade the Europe we know for the comfort of living we want?"
While Western Europe contemplates the answers to the question, thousands continue to find the way to their "El Dorado" through the cold and sometimes unhospitable Balkan countries.
(Top image: A standoff between riot police and migrants at the Maljevac crossing near the Bosnia-Croatia border. /CGTN Photo)
More CGTN reporters' look back:
Asia's year of disasters
Long-awaited reunion on the Korean Peninsula
People out of poverty, better life guaranteed
Spain becomes ground zero for Europe's migrant crisis
Syria's crisis isn't only about Syria
How far China has come
China's year in global leadership
A year of Trump's 'America First' diplomacy
China fear-mongering has reached new heights