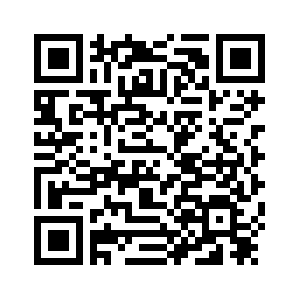 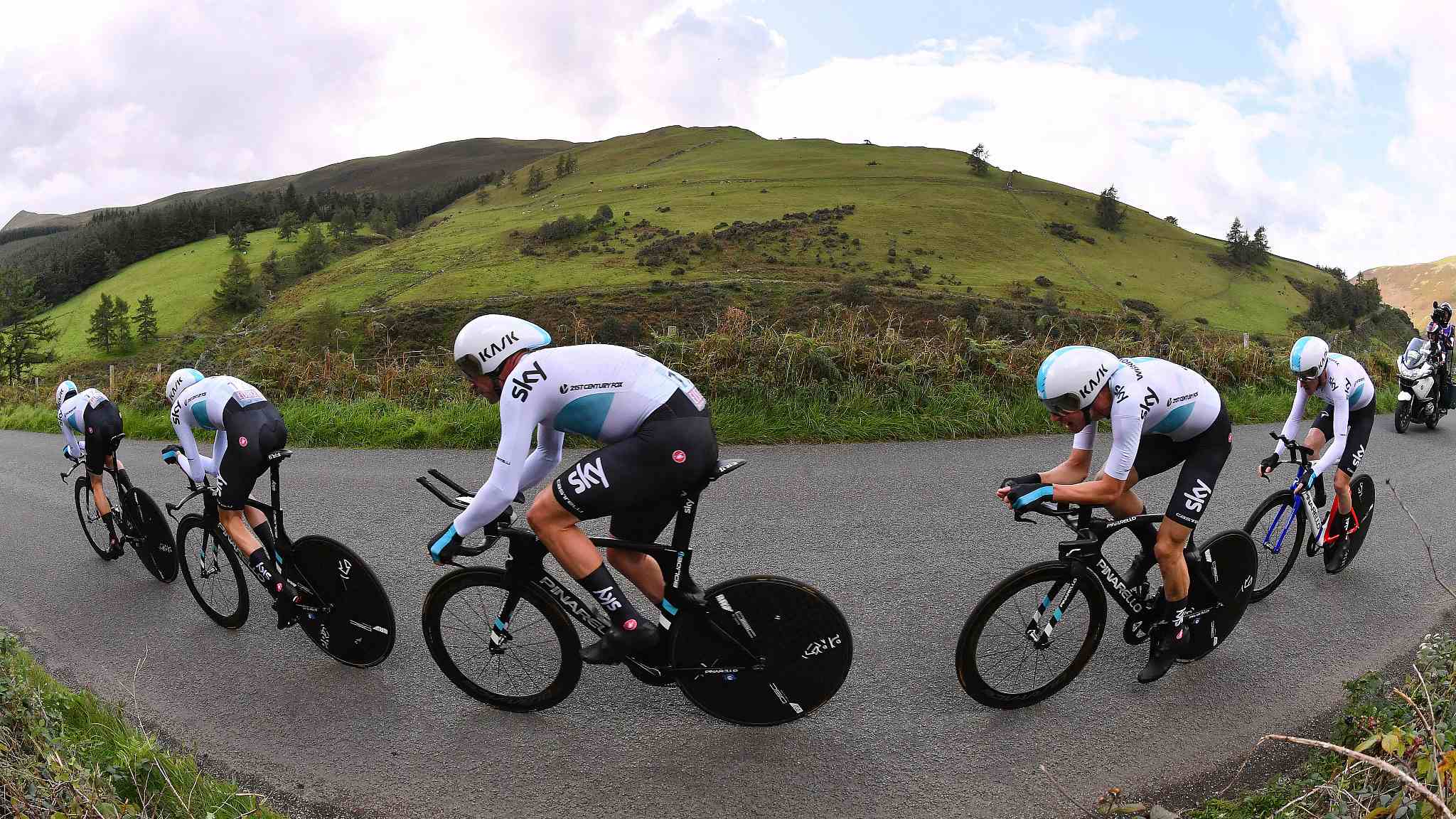 Chris Froome's bid to equal Eddy Merckx's five Tour de France titles will begin in Brussels next year after organizers announced the route for the three-week race Thursday.
The 2019 edition will mark the 50th anniversary of Belgian great Merckx's first win and the 100th anniversary of the introduction of the fabled yellow jersey first worn by Eugene Christophe in 1919.
Froome was denied a fifth title last year by Sky teammate and fellow Briton Geraint Thomas and both men were in attendance along with the 73-year-old Merckx for the route presentation at Paris' Palais des Congres.
It will be the fifth Grand Depart in Belgium and the second in Brussels. Tour de France general director Christian Prudhomme said it was a fitting way to mark the feats of Merckx.
"When we heard of Brussels' application for the Tour de France, the idea of Grand Depart soon sprung to mind," he said. "Brussels, the capital of Belgium, the European capital and Eddy Merckx's city. We had to start from city where this man was born. He was the yellow jersey's greatest symbol... It was obvious."‍ 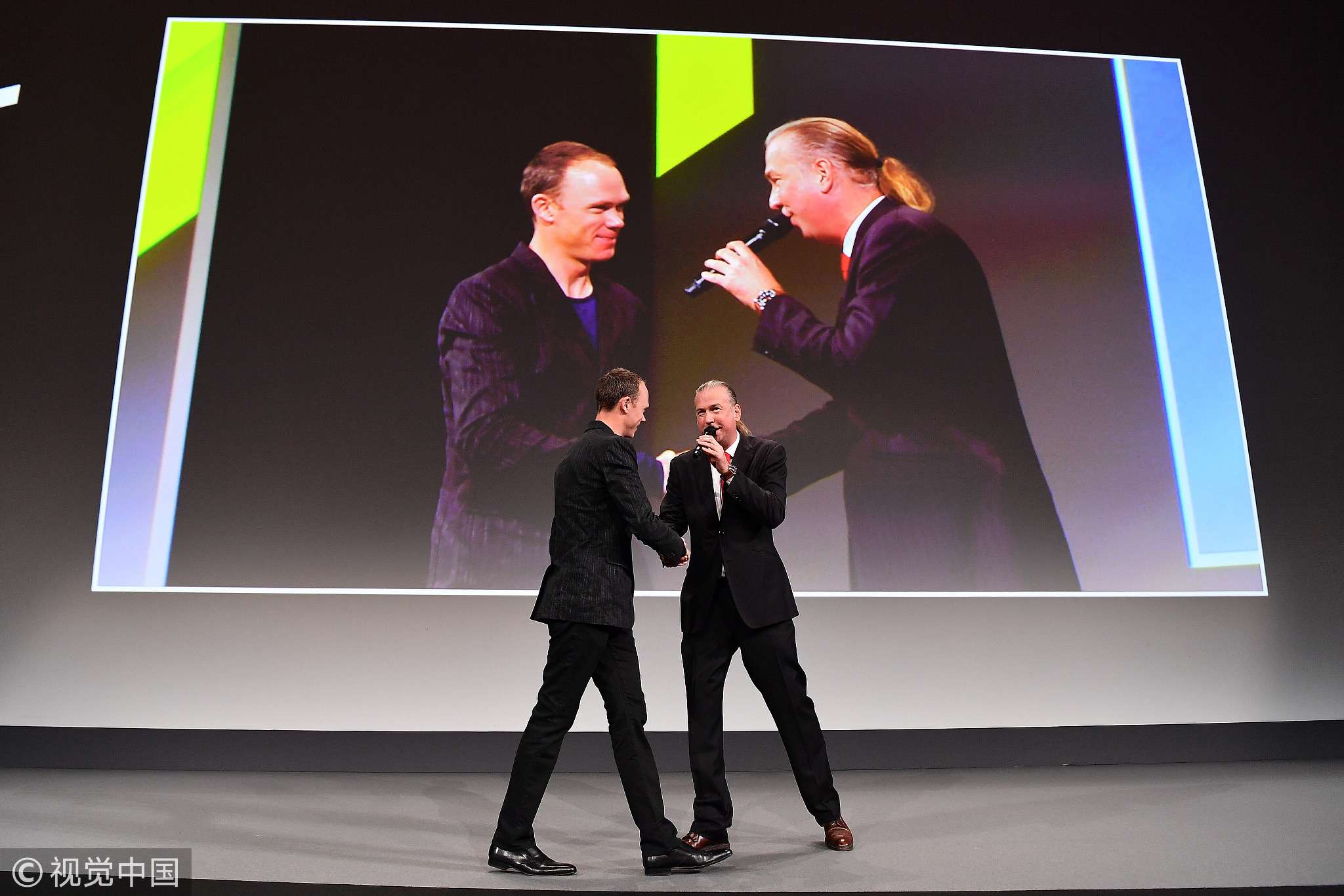 The peloton will tackle cobbles on the Mur de Grammont in the opening loop stage on Saturday, July 6, a 192km-ride starting and ending in Belgium's capital after visiting Charleroi. A 27km team time trial takes place in the city the next day.
The race then heads into France from Binche to Epernay in a 214km stage three. The route hugs the border with Germany, bringing the Tour to the east of the country after the early stages were along the west coast of France last year.
Riders then head south and into the Pyrenees where a 27km individual time trial will take place in Pau on July 19, the exact day of the 100-year anniversary of the yellow jersey. The final rest day will be in Nimes three days later before three Alpine stages which include the Col d'Iseran, the highest paved road in Europe at 2,770m. 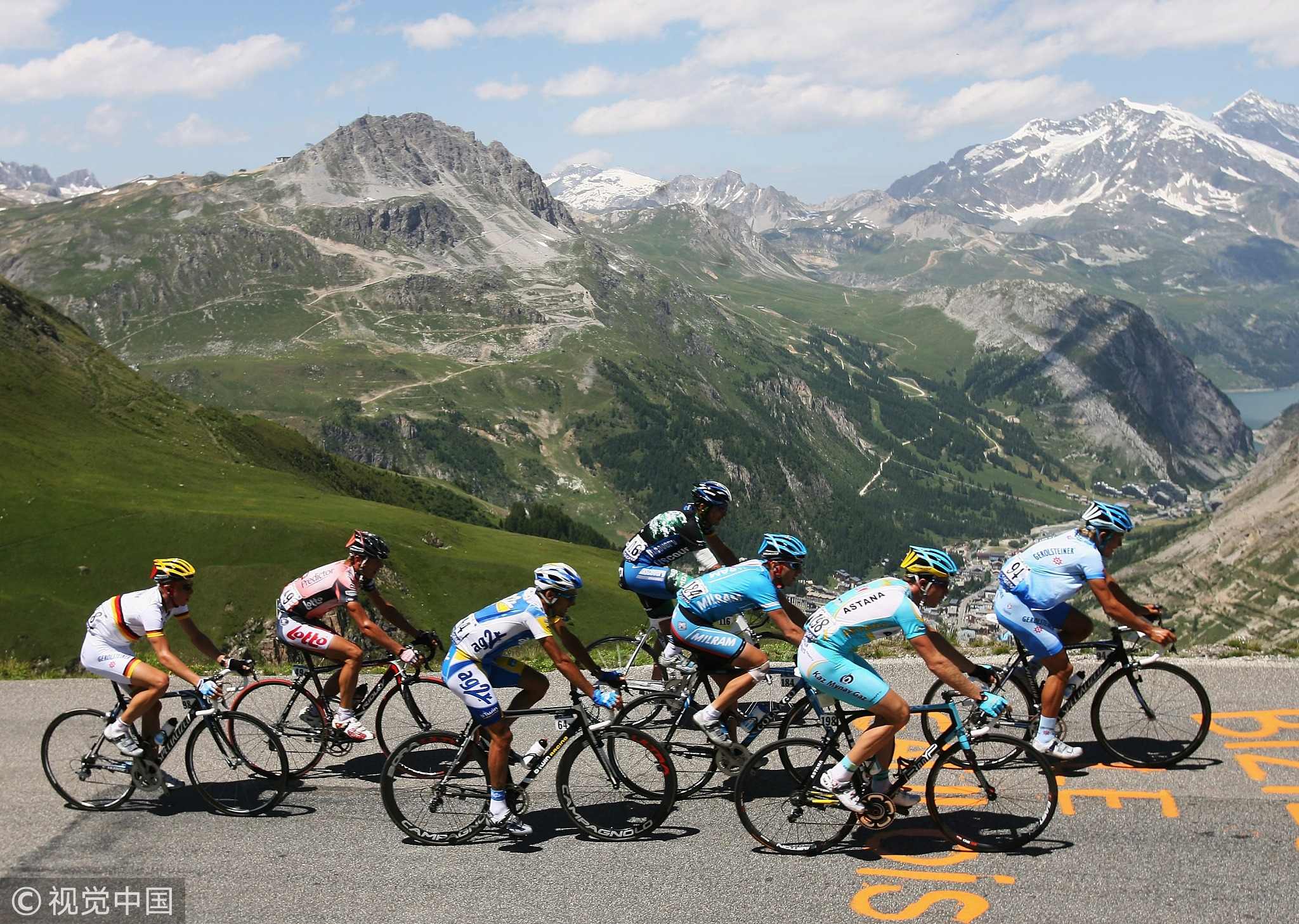 Riders within the peloton climb the Col d'Iseran during stage 9 of the 2007 Tour de France from Val-d'Isere to Briancon, Provence-Alpes-Cote d'Azur region, France, July 17, 2007. /VCG Photo

Riders within the peloton climb the Col d'Iseran during stage 9 of the 2007 Tour de France from Val-d'Isere to Briancon, Provence-Alpes-Cote d'Azur region, France, July 17, 2007. /VCG Photo

The winner will likely be decided by the end of stage 20 on the final 33.4km climb up to Val Thorens, before the 106th Tour culminates in its usual grand finale on the Champs-Elysees in Paris on July 28, setting off from Rambouillet.
The total race distance is set to be 3,460km with seven mountain stages and five altitude finishes.
Merckx holds the record for most Tour wins with Jacques Anquetil, Bernard Hinault and Miguel Indurain with the latter two also present in Paris on Thursday.
Source(s): Reuters