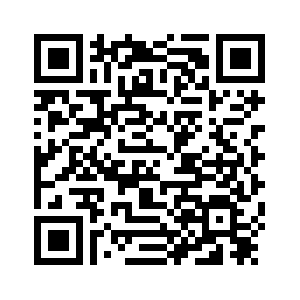 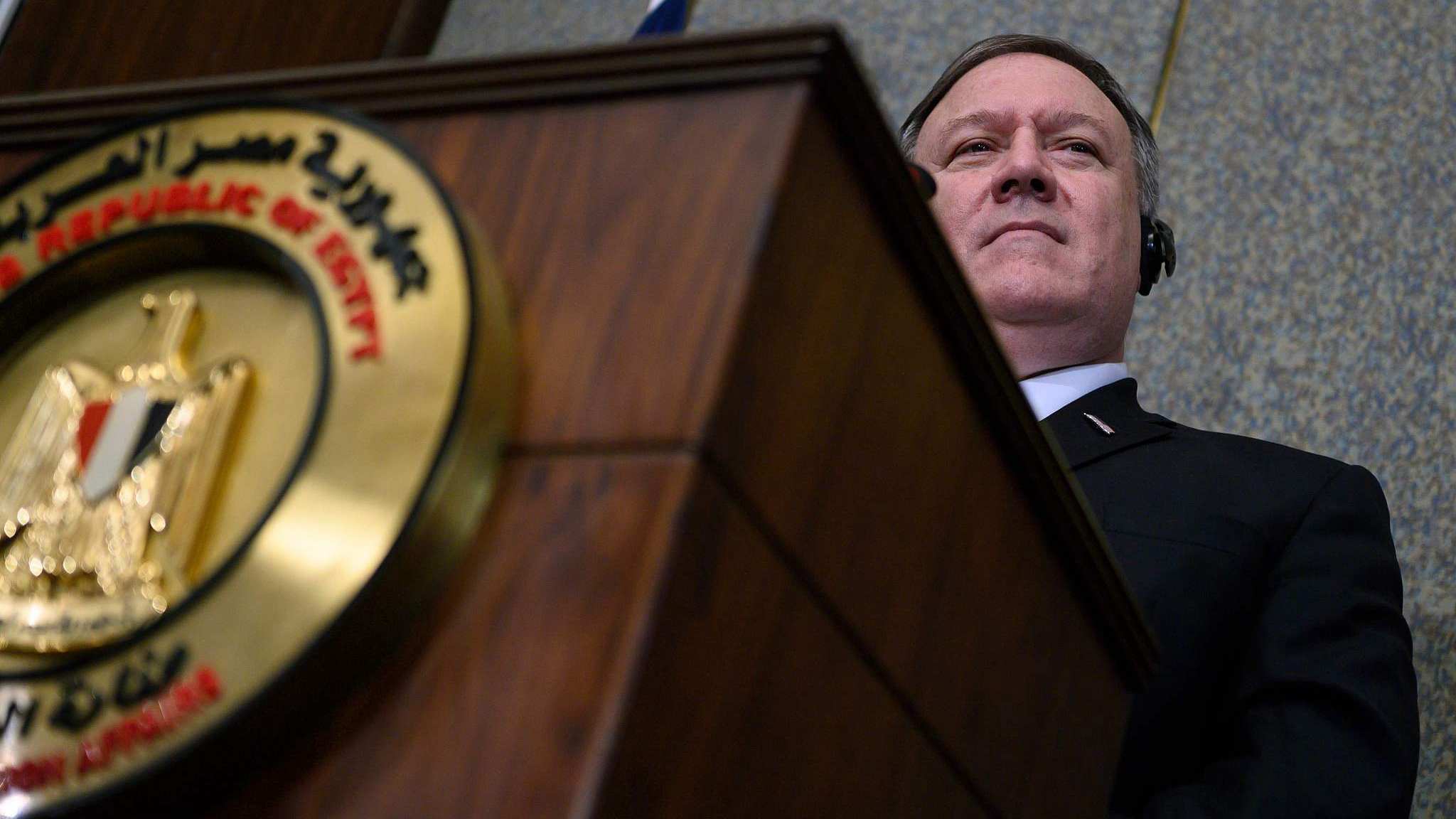 U.S. Secretary of State Mike Pompeo insisted Thursday that U.S. troops will leave Syria, ahead of a keynote speech aiming to lay out a coherent U.S. policy in the Middle East.
President Donald Trump's "decision to withdraw our troops has been made. We will do that. We will withdraw our forces, our uniformed forces, from Syria and continue America's crushing campaign," Pompeo told reporters.
Washington's top diplomat was speaking at a joint press conference with his Egyptian counterpart Sameh Shukry on the third leg of a key Middle East tour. He also met earlier with Egyptian President Abdel Fattah al-Sisi, after arriving in Cairo late Wednesday on his longest trip since taking office last year which has already taken him to Jordan, Baghdad and Arbil.
Pompeo later Thursday gave a planned address entitled "A Force for Good: America Reinvigorated in the Middle East" at the American University in Cairo", in which, he claimed that the U.S. will use diplomacy and work with partners to expel "every last Iranian boot" from Syria.
He reconfirmed in his speech that the U.S. will bring troops home from Syria, but remained committed to "complete dismantling of ISIL threat". 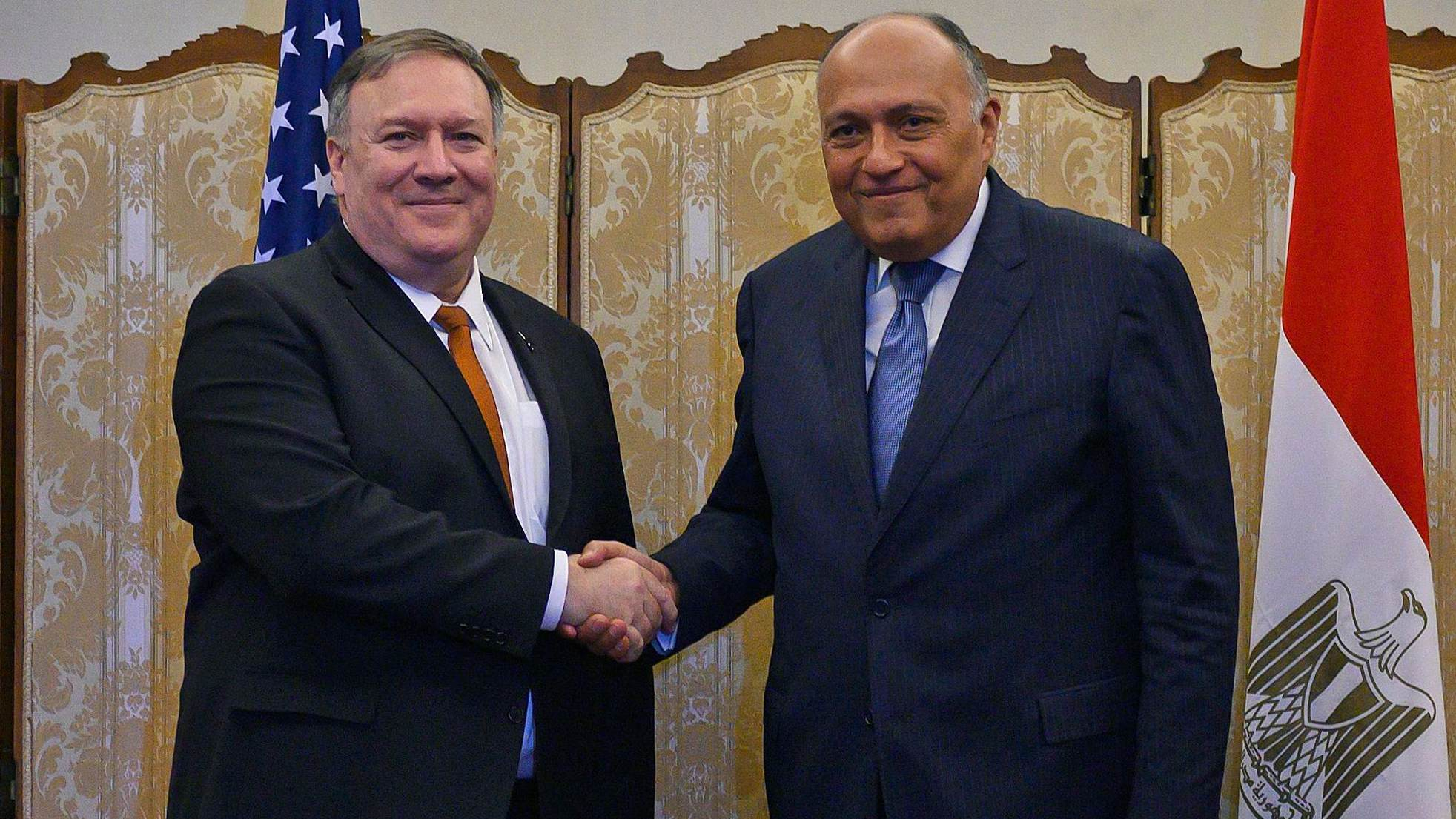 His tour is aimed at urging regional allies to continue to confront the "significant threats" posed by Iran and ISIL despite Trump's shock decision last month to pull all 2,000 American troops from Syria. But the muddled pronouncements from the Trump administration, which swiftly walked back the planned withdrawal of troops from Syria, has triggered regional concern.
A senior State Department official insisted ahead of the trip the U.S. will "not leave the Middle East." The whistle-stop tour will also take Pompeo to Gulf countries including the United Arab Emirates, Bahrain, Qatar and Saudi Arabia. As he arrived in Egypt, the State Department described the country as a "steadfast partner in the anti-terror fight, and a courageous voice in denouncing the radical ISIL ideology that fuels it".
But there are rising concerns that U.S. policy is getting bogged down. A long-promised proposed Trump plan for a peace deal between Israelis and Palestinians has so far failed to materialize. And many of the Trump administration's decisions have stoked confusion and angered many regional allies. 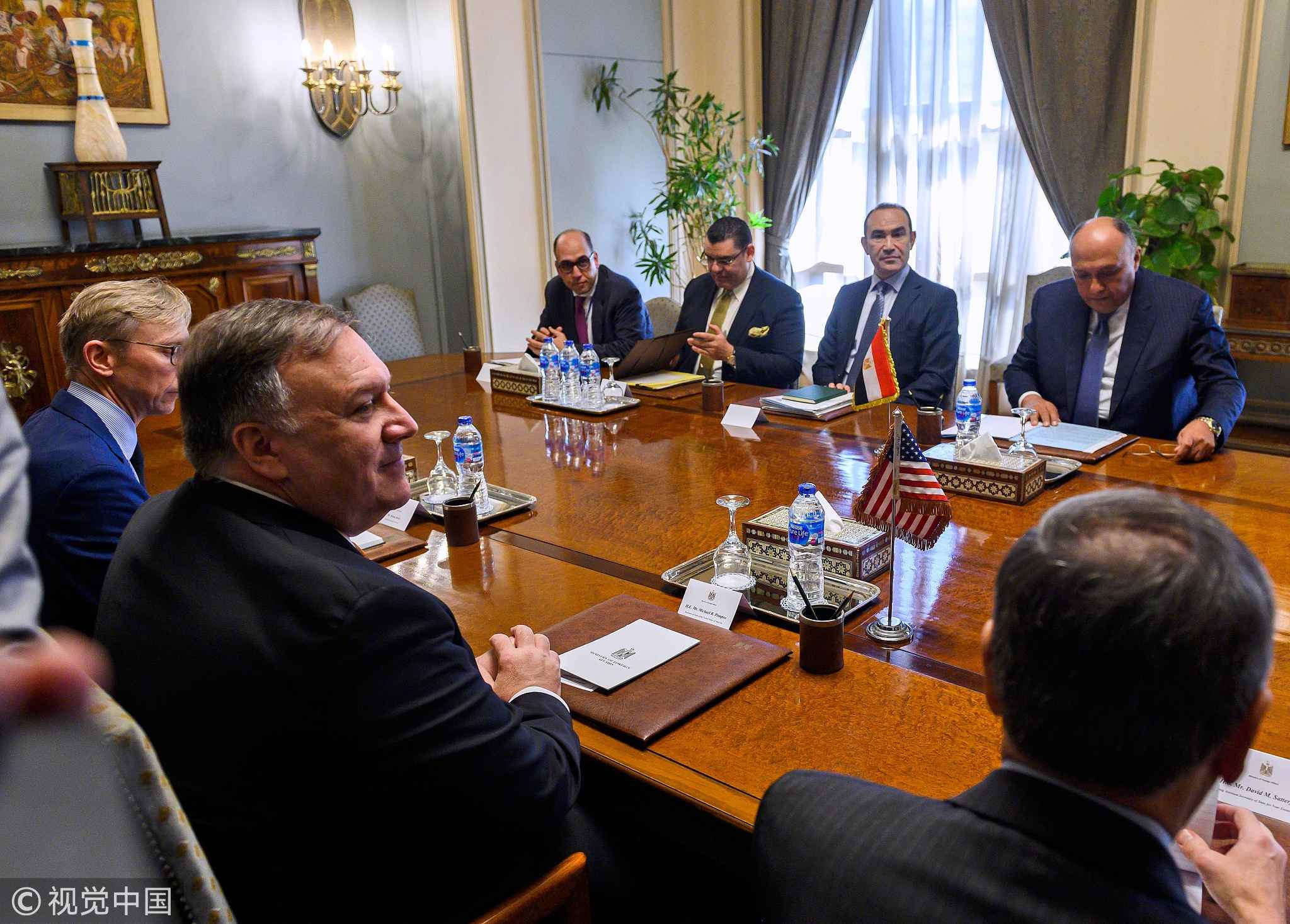 "By most accounts, Trump's Middle East policy has made a messy Middle East even messier," said Aaron David Miller on Twitter, a former U.S. diplomat and now an analyst at Woodrow Wilson Center.
"A risk averse president who makes new policy by tweet or phone call surrounded by risk-ready advisers who run cleanup, don't respect deliberation and have objectives that aren't clear or attainable equals U.S. policy (or lack of it) in Syria." Turkey and the United States are now at loggerheads over the future of Syrian Kurdish forces, considered by Ankara as "terrorists", after the troop pullout.
Turkish officials had a tense meeting this week with Trump's national security adviser John Bolton in Ankara aimed at coordinating the pullout process after Bolton set conditions that appeared to postpone it indefinitely.
The terms included the total defeat of ISIL- still active in some Syrian regions - and ensuring that Kurdish fighters who fought alongside the Americans against the ISIL will be protected.
On Thursday, Turkey renewed its threat to launch an offensive against Kurds.
"If the (pullout) is put off with ridiculous excuses like Turks are massacring Kurds, which do not reflect the reality, we will implement this decision," Turkish Foreign Minister Mevlut Cavusoglu told NTV television.
Ahead of his visit to Saudi Arabia in the coming days, Pompeo is also expected to confirm the strength of the U.S. alliance with Saudi Arabia, despite the murder of Saudi journalist Jamal Khashoggi whose murder was blamed on the powerful Saudi Crown Prince Mohamed bin Salman by the U.S. Senate
7550km
Source(s): AFP