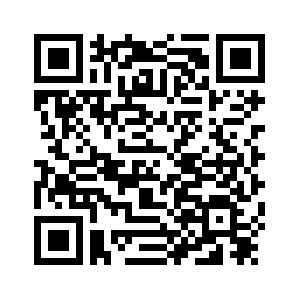 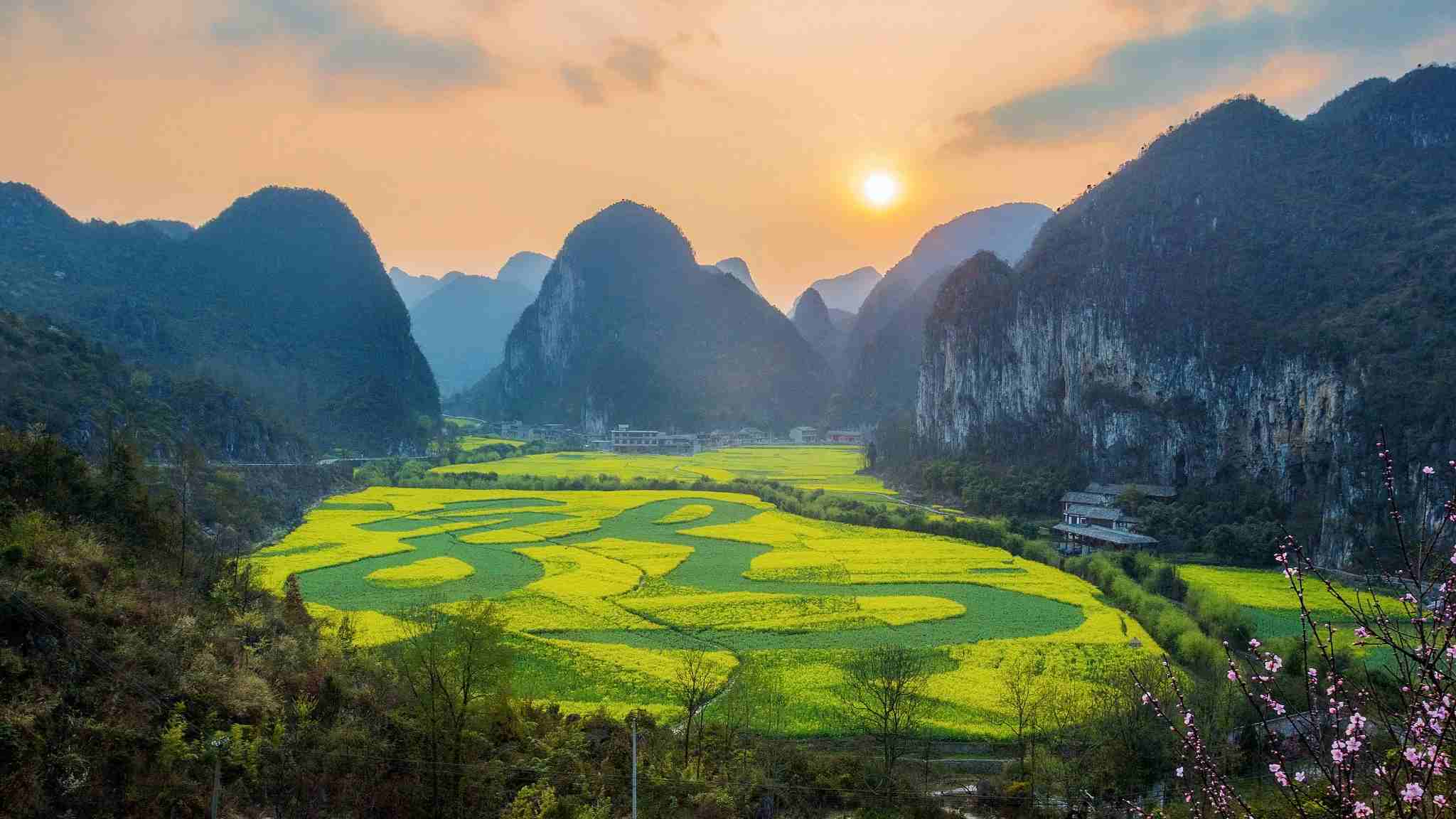 Southwest China's Guizhou Province will carry out policies to reduce the price of Level A tourist spots between December 1, 2018 to February 28, 2019 in an attempt to lure tourists for a winter trip. To prepare for this, CGTN will show you what Guizhou Province has to offer.

The New York Times once listed Qiandongnan as a must-visit destination. For centuries, the people here have guarded their own unique cultures, and lived a quiet and peaceful life.
As the administrative seat of the Qiandongnan Miao and Dong Autonomous Prefecture, Kaili has thus been listed as a “World Ethnic Minority Cultural Protection Circle” by the United Nations World Cultural Protection Foundation. 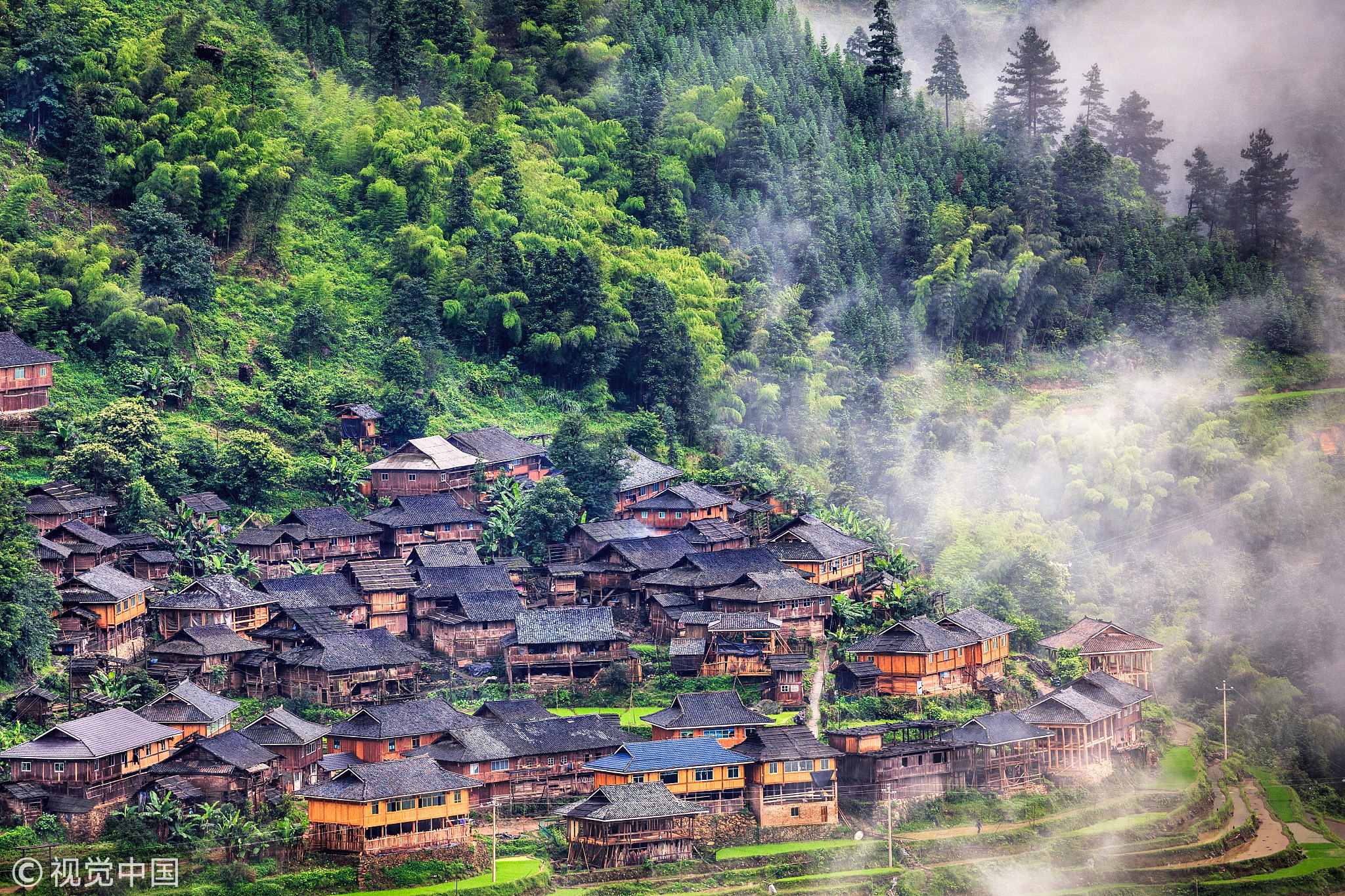 The famous Xijiang Qianhu Miao Village is not far from Kaili. It is the largest Miao minority village in the world and most of the houses here are maple wood shacks.
There is a famous Jiabang terrace in Congjiang County. The beautiful curves and magnificent colors of the terraces can be compared with the Longsheng terrace in Guangxi and the Yuanyang terrace in Yunnan. 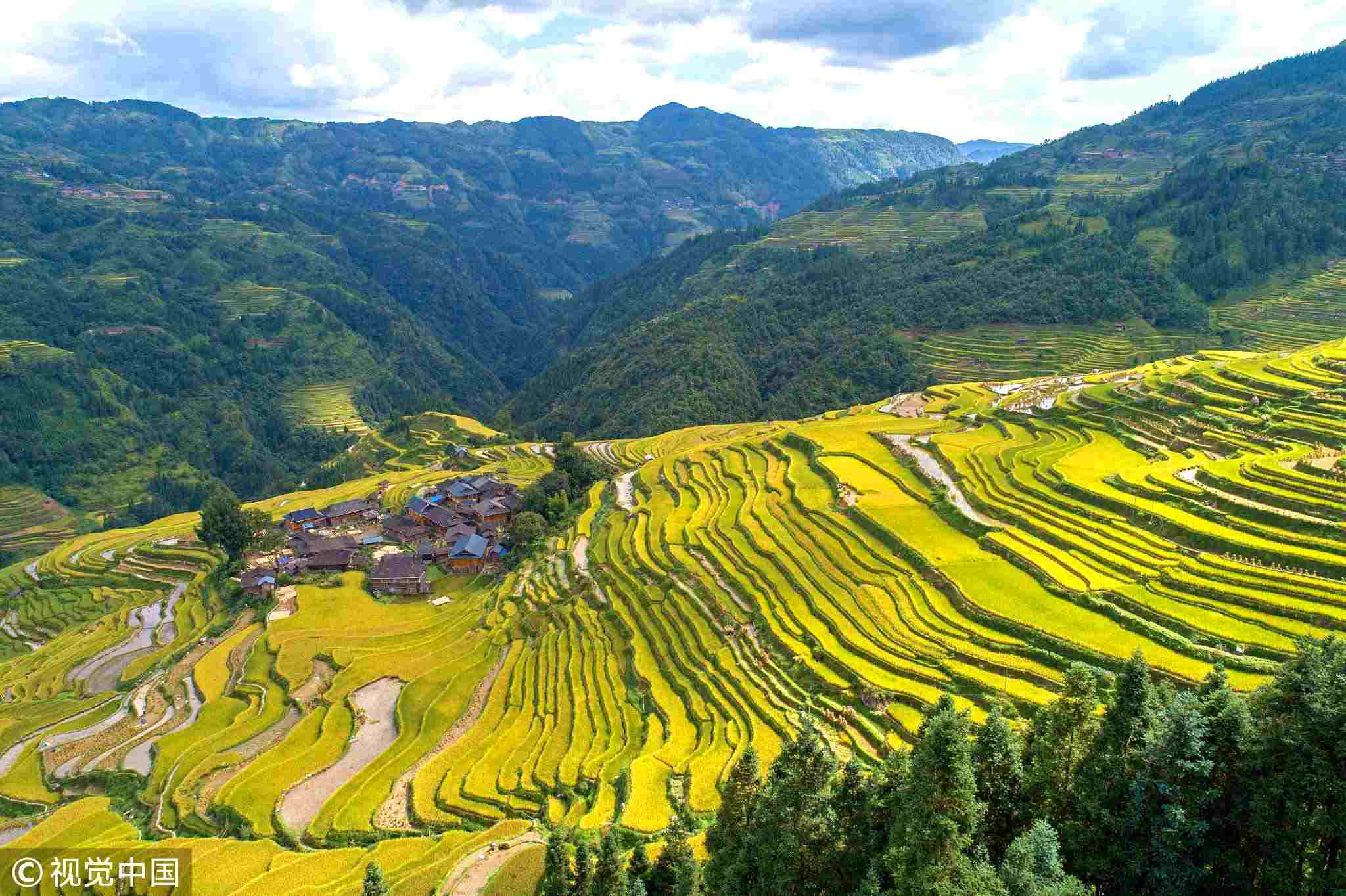 Kala Village in Danzhai County in southeastern Guizhou Province is known as the “hometown of Chinese bird cage weaving art”. When entering the village, you can see handwoven bird cages on almost every household. Kala Village has a long history of bird cage production and everyone here is a craftsman.
When traveling in southeast Qiandongnan, you must have a bowl of red sour soup. The locals say: “Drink soup first, then the weather will be good in the coming year; eat more fish, and you will have prosperity in the next year”. The fish is more tender and juicy after being soaked in sour soup, and the chili soup makes the fish taste extremely fresh. 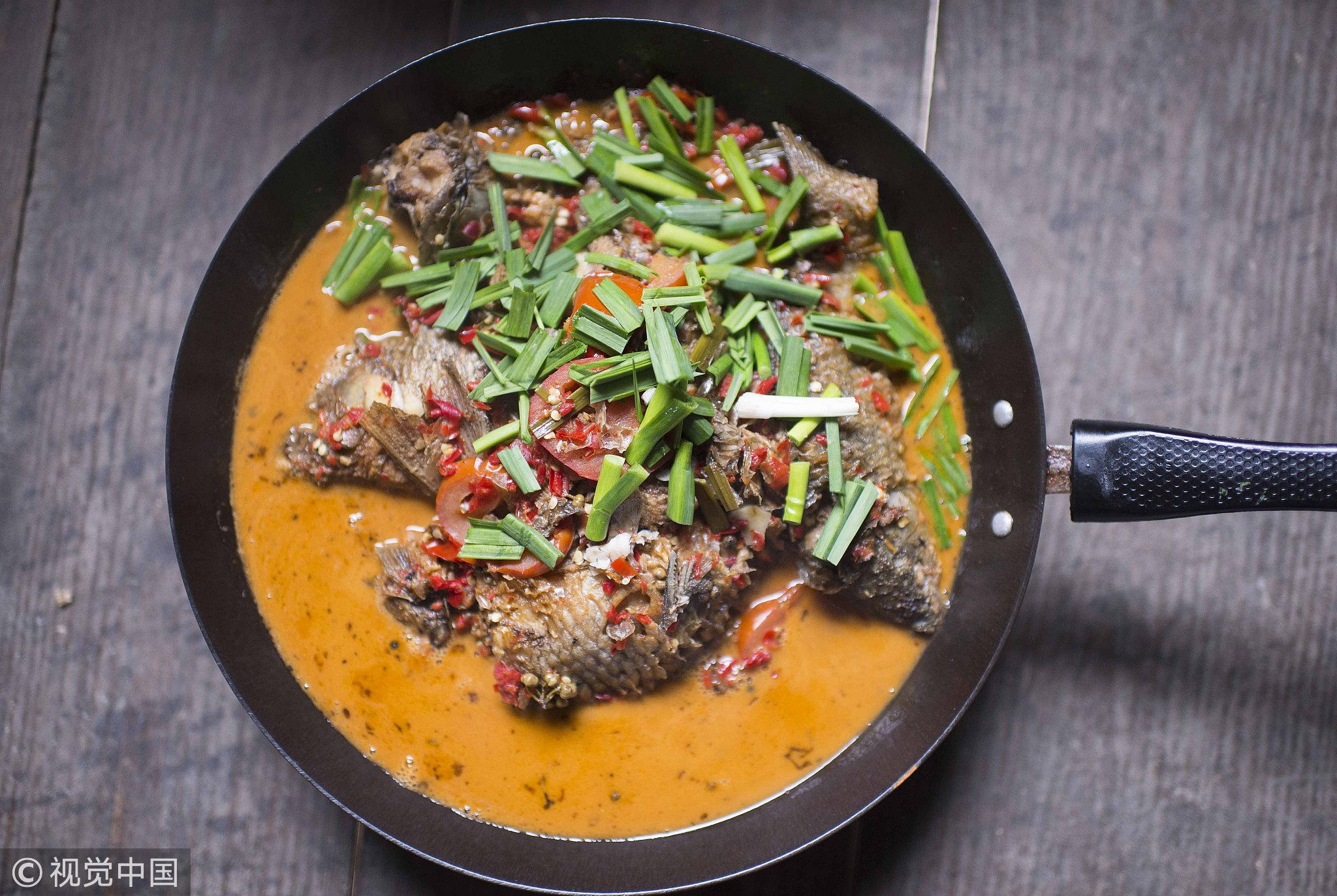 After tasting this local delicacy, take a break and feel the magical effects of the Jianhe Hot Spring, which is one of China's rare bismuth hot springs. It has a daily water volume of 1,800 tonnes and is rich in elements such as strontium, sulfur, iron, potassium and calcium, which are good to your health and skin.

Because of the climate, the rapeseed in China blooms earliest in the southeastern Qianxinan Buyi and Miao Autonomous Prefecture. The flowering happens roughly before the Chinese Lunar New Year, which is around the end of January each year. It is a month earlier than the rapeseed bloom in Wuyuan, south China's Jiangxi Province. 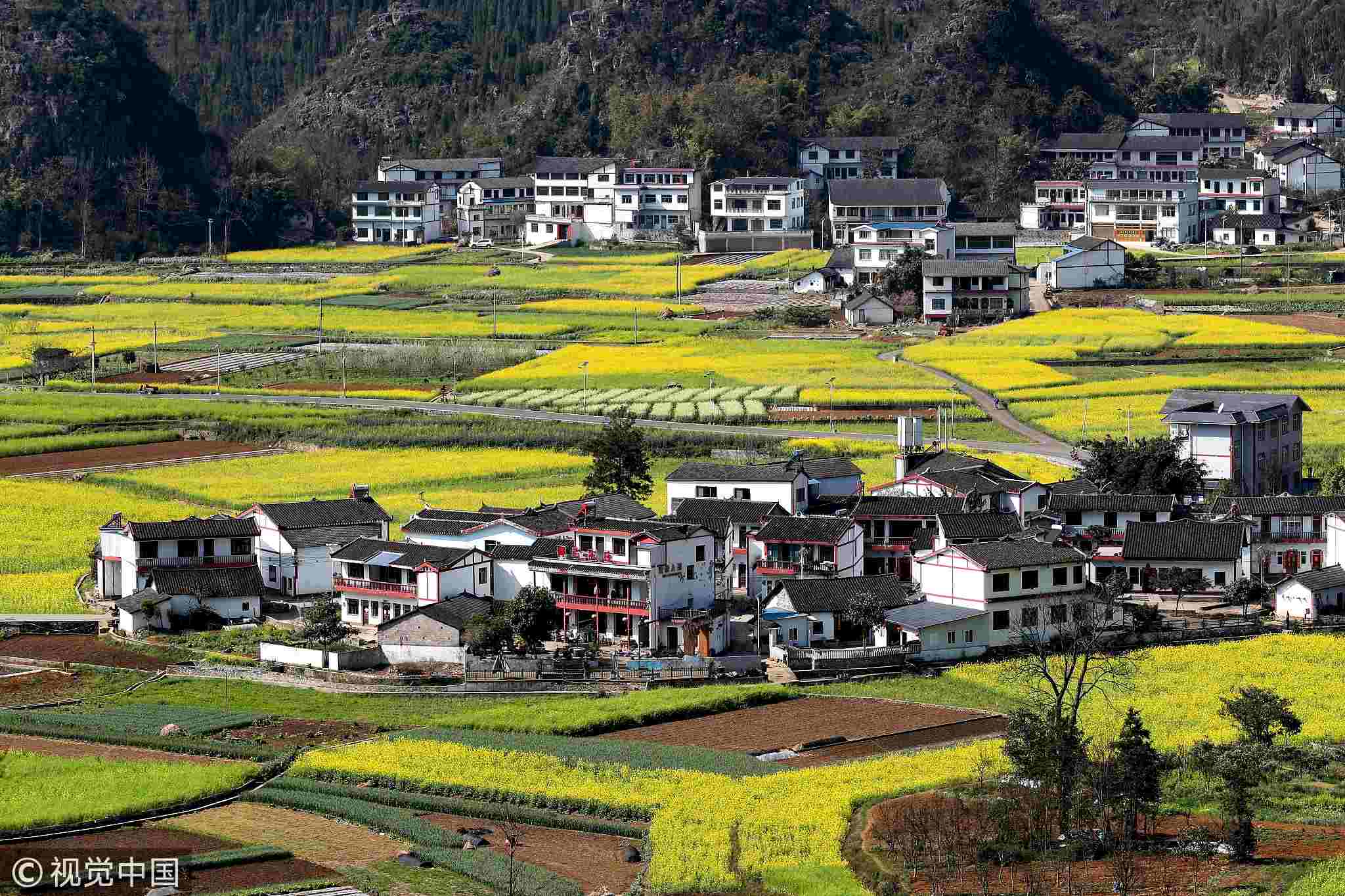 It is mainly planted in the Wanfeng Forest Scenic Area, which is less than five kilometers away from the urban area. Since 2015, local farmers have started to grow rapeseed on flat land. Now there are about four square kilometers of rapeseed in this area, and when it is fully ripe, it looks like a golden sea.

Speaking of the northern part of Guizhou Province, most people only know about Zunyi City, an important location in the Long March of the Red Army, but there are many other places in northern Guizhou that are worth visiting.
In Suiyang County, there are many scenic spots that are considered “China's best” - and some are even “the world's best”. For example, Shuanghe Cave is the world's longest dolomite cave and the only underground crack in the country and Shuanghe Valley is the only scenic underground river in China. Maotai Town - the birthplace of the world famous liquor - is on the bank of Chishui River in Renhuai City. There are hundreds of wineries here, giving tourists plenty of chances to sample the local wine culture.

The northwestern part of Guizhou has got more and more visitors lately because the recently opened Guiqian Expressway links Guiyang, the capital city of Guizhou and Qianxi County. Now, more people than ever can enjoy the area's unique scenery. 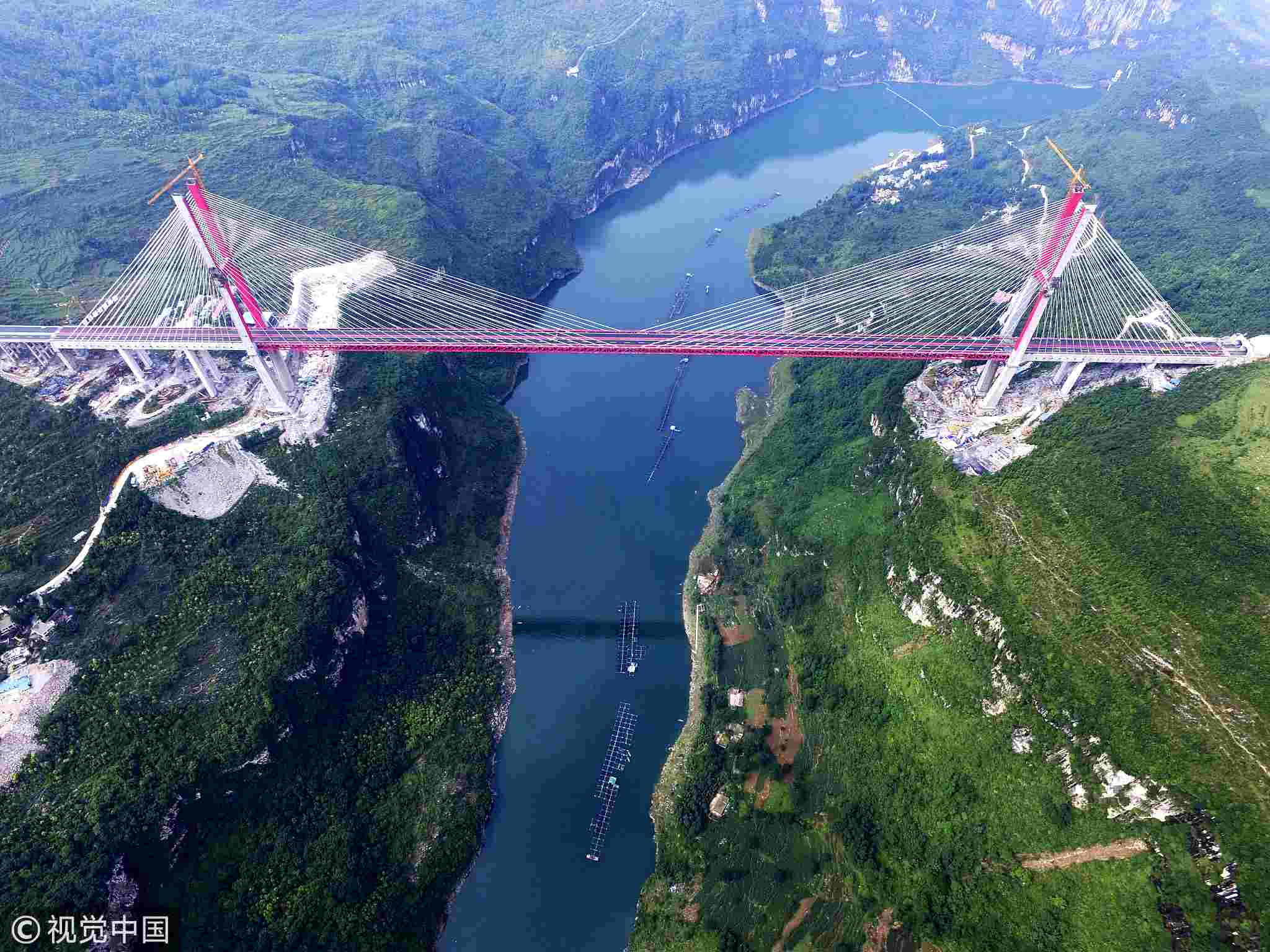 Since opening in 2016, the expressway has connected the most beautiful "pearls" of northwestern Guizhou, but that isn't to imply that there are no gems along the way. While traveling along the expressway, you can enjoy the sight of magnificent waterfalls and stunning cliff-side views that stretch for miles.