Ask China: Is China leading in the 5G race?
CGTN 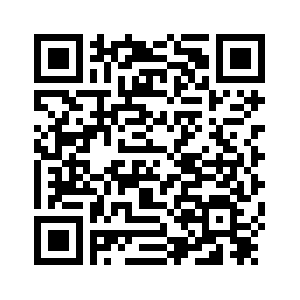 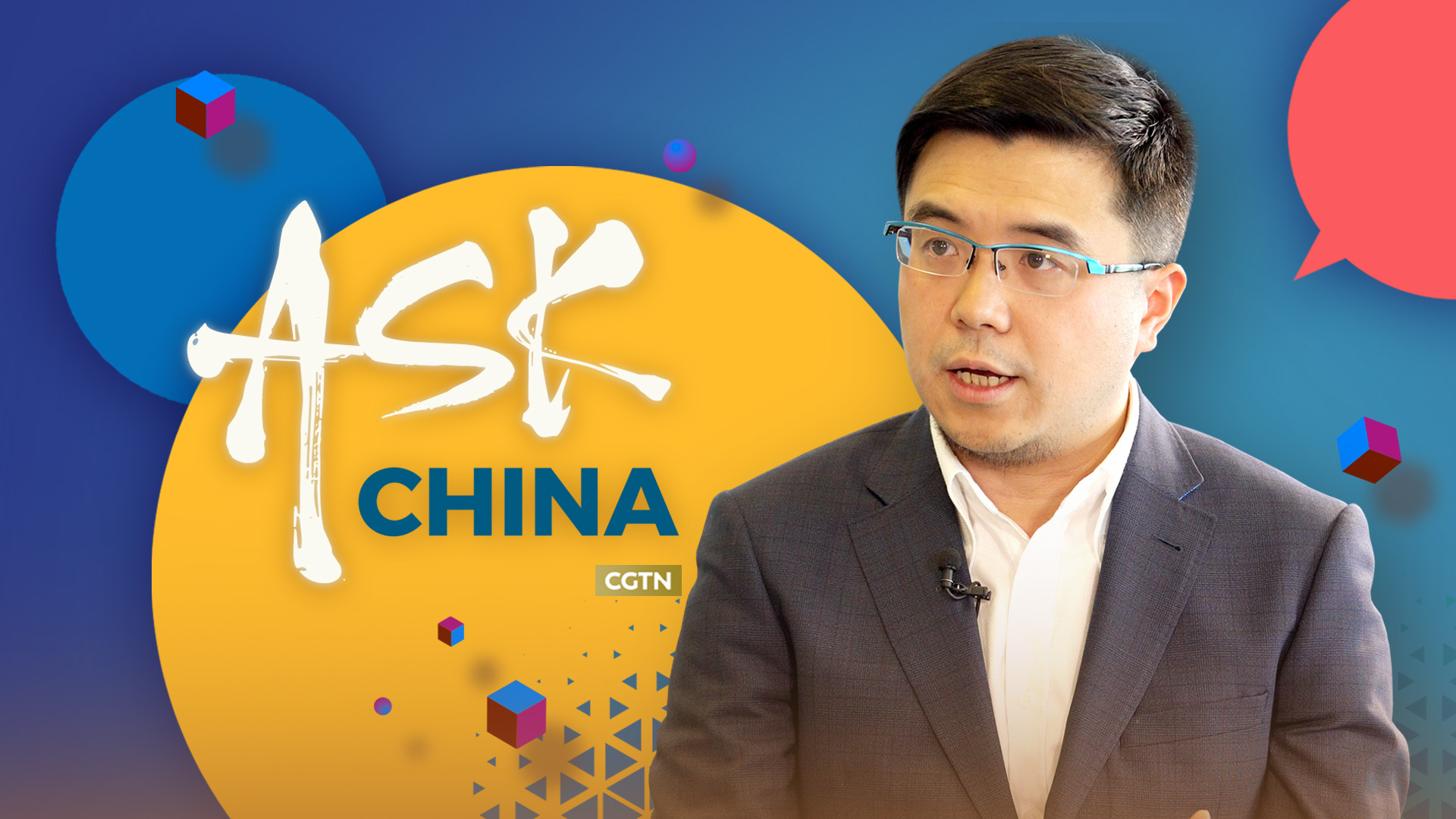 Only when we started to conduct street interviews across the globe to collect questions concerning China's science and technology development, did we realize what huge curiosity foreigners have about the subject.
Some know about the topic even more than we do.
How is China going to further its AI application? Is China using AI to improve its health service or defense technologies? What real-life 5G applications are Chinese people experiencing?
In the last episode of Ask China 2019, CGTN invited Gang Lu, founder & CEO at TechNode and head of TechCrunch China, to answer some of the most straightforward questions we have collected from people around the world. 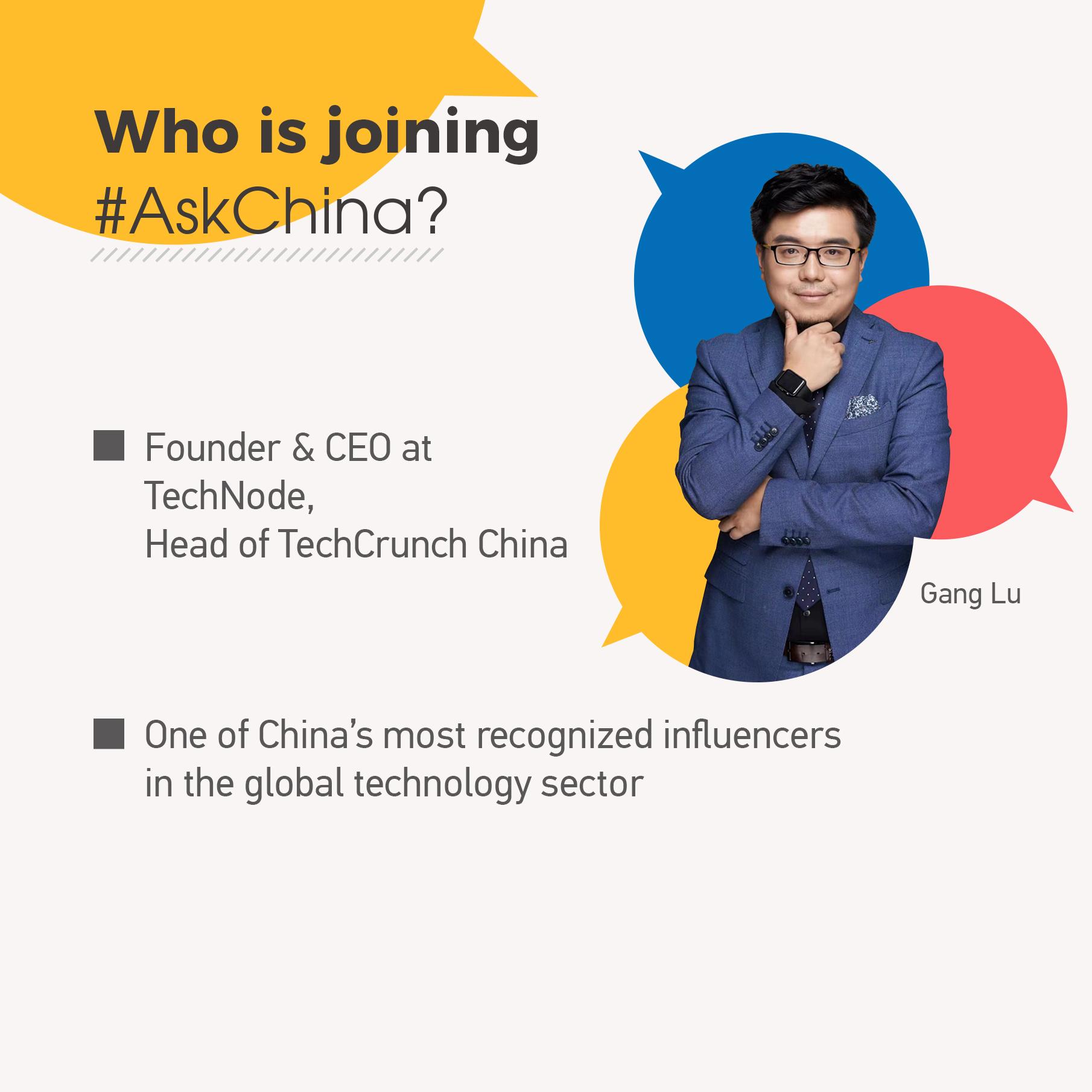 How is China going to further its AI application?
"In China right now we already see quite a few AI applications for consumers. I think what we are looking at next, for example, is 'city brain.' Basically, because everybody lives in the cities, [it's about] how can we utilize all the city equipment, like the cameras, to help traffic control and improve people's daily lives. I think that is something we are looking at in the next one or two years." 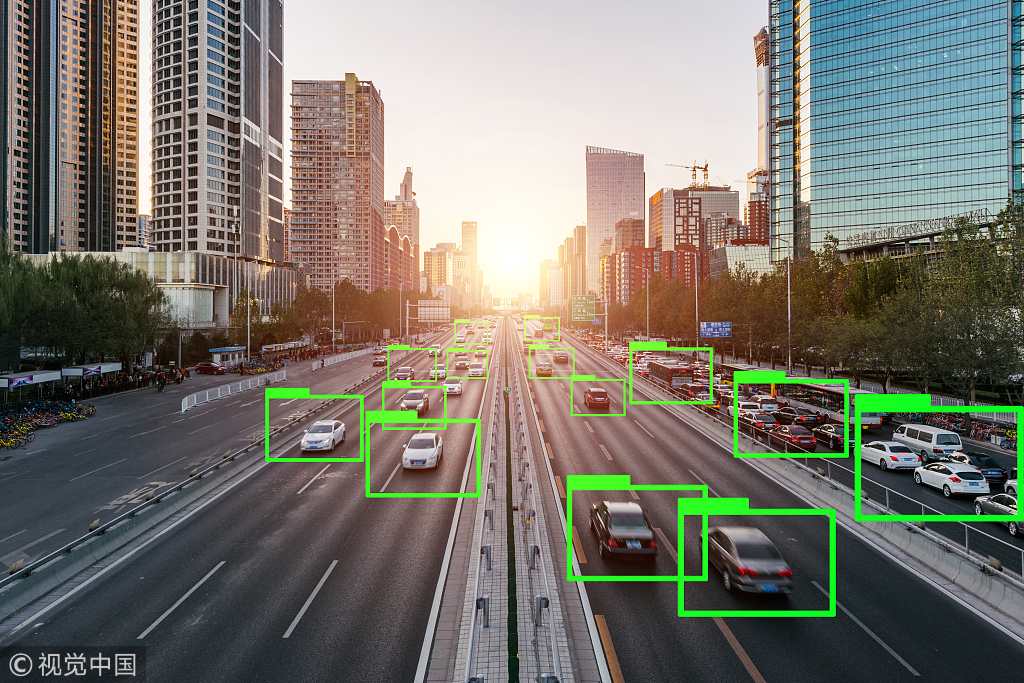 One function of "city brain" is to utilize existing cameras to help with traffic control. /VCG Photo

One function of "city brain" is to utilize existing cameras to help with traffic control. /VCG Photo

In what ways will artificial intelligence change the landscapes of cities in China and other places?
Again, Lu mentioned the “city brain.” According to him, it can be seen as an advanced version of smart cities, and will run a city intelligently in the future. Several cities in China like Hangzhou and Beijing are already adapting the idea. 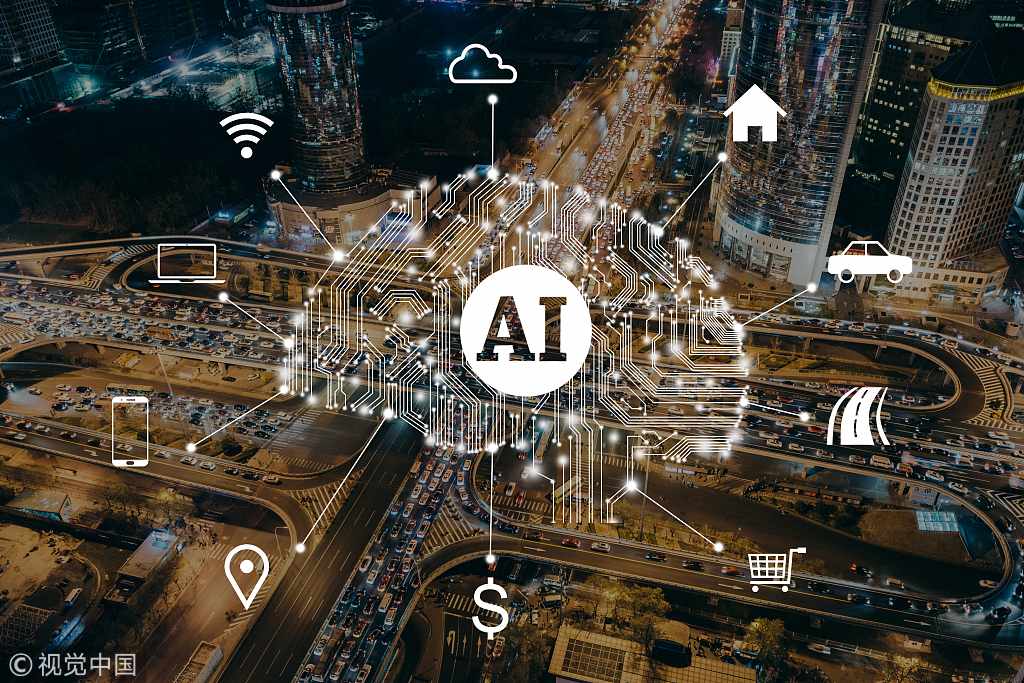 Does Artificial Intelligence unsettle Chinese people?
How does China see the relationship between humans and artificial intelligence? How is that going to develop in the future, and do humans have to adapt to using AI?
“I think this question should go to everybody, not just for Chinese,” Lu said.
“We have to balance. Basically, everybody thinks about the issue is between humans and AI, because we saw enough movies talking about how AI conquers human lives. But personally, I think humans need to be powered by AI. We are looking at AI because we really believe AI will improve human life. Maybe to help with efficiency and people's daily work. Surely we need to kind of mentally adapt to this idea.”
Meantime, Lu thinks it not necessary to worry too much about AI, “If you go to streets or go to work, if you are looking for the best restaurant, the best hotel, or the best job: everything could be AI-powered to give you the best choice.”

With advanced artificial intelligence, people would be out of jobs. Are people not worried about it?
“I think yes, and no. If AI powers everything, then some jobs we are doing right now probably won't need human beings anymore. But if you look at the history of technologies, the whole society is powered by technology. We see new technology, we see new jobs. We never know what's next. Maybe AI will take over me? But then I'm sure there will be another me or another job which can beat AI.”
Lu added that in the future a lot of job opportunities will be in space, not just on the earth.
The collection of large amounts of data could be unsettling, are Chinese people worried about that?
There are always privacy issues around the use of AI, for AI is powered by big data collected from people. Lu thinks the key is to find a balance. 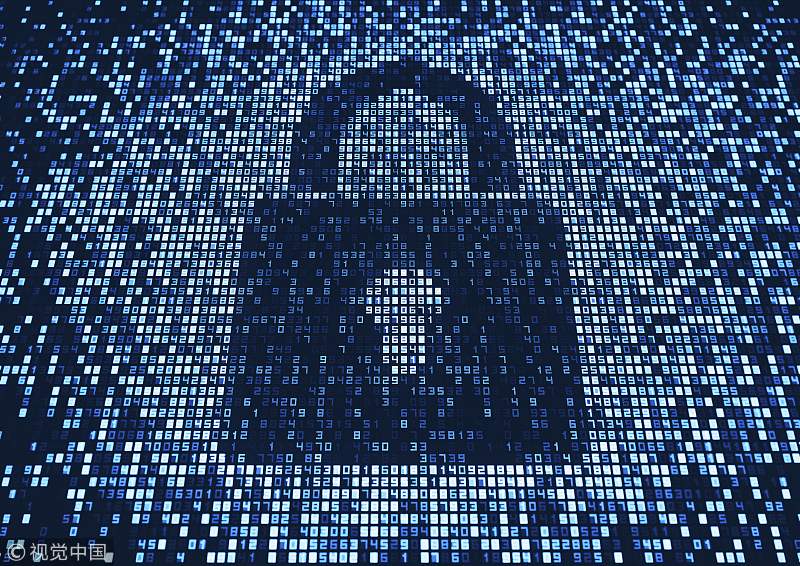 Data security and privacy will be a primary issue along with the development of technology. /VCG Photo

Data security and privacy will be a primary issue along with the development of technology. /VCG Photo

“But, of course, there will be negative feedback because people do worry.”
What is China doing to make people make safer, and live easier at the same time? What measures are in place for people to check that their data is not being abused?
According to Lu, flaws do exist because we are still at an early stage applying AI technology to benefit our daily lives. For instance, some companies are using people's privacy data without their consent.
“Because this is an early stage, companies are still trying different approaches. But at the end of the day, it's everything to do with transparency. Anything you are going to use from the users, you have to have their consent first.”
Lu believes that regulations will catch up with the development of technology. “What's happening now is we are pushing the industries to use AI, so sometimes we kind of ignore people's consent, because everything moves so fast in China now. The policy needs to be standardized.”

5G will change everything

For people in China, how will 5G change their lives, and what are the real world applications they will be experiencing?
Lu thinks it will take a year or more before people in China start to see mature 5-G applications in real life. “For most people who know the term 5G, maybe the first idea that comes to them is the speed. If you want to download something, it's maybe 10 times, even 100 times, faster than the 4G network. So maybe the first application is always to do with entertainment.
“For example, we have been talking about VR for many years, but why isn't VR getting popular? Because of the batteries. With the 5-G powered [VR], maybe we don't need to go to the stadium anymore, we can watch the football match with the VR headset at home because we have the batteries, we have the speed. So I think that's something we are gonna enjoy.” 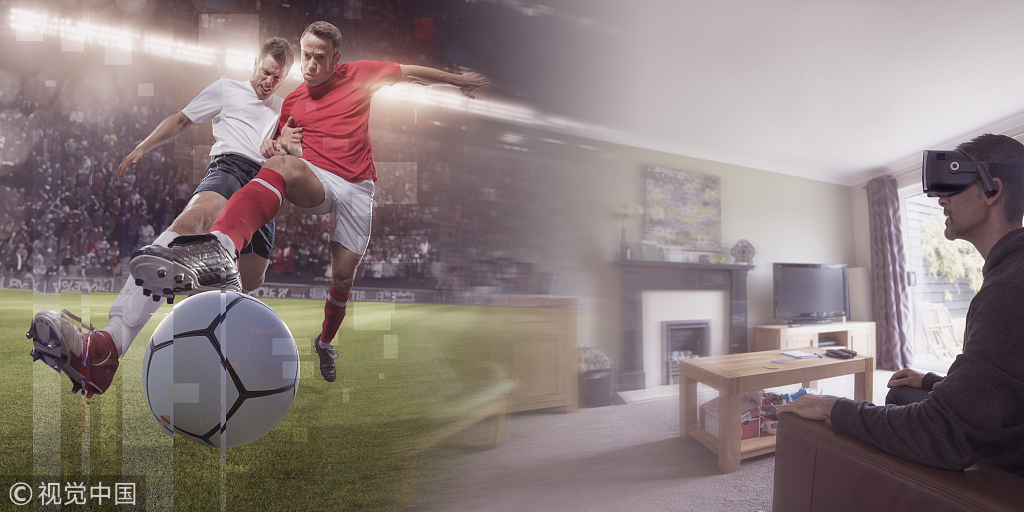 People in the future will be able to watch football matches with VR equipment at home. /VCG Photo

People in the future will be able to watch football matches with VR equipment at home. /VCG Photo

What industries will 5G be applied to?
“5G will change everything, and affect all industries,” Lu said, “I think 5G is born to collect everything, which means all industry will be changed by this.”
Is China leading in the 5G?
Lu thinks it is hard to answer this question at this moment because the 5G standard is not really standardized yet. It may take one or two years before we can have the answer.
However, he is positive about the huge potential of China to lead in 5G technologies, “We see Huawei or some other companies are building the infrastructure ahead of many American companies. And more importantly, we see more applications and more hardware that's 5G supported...hardware companies, phone companies, and some other components companies, they are all from China.” 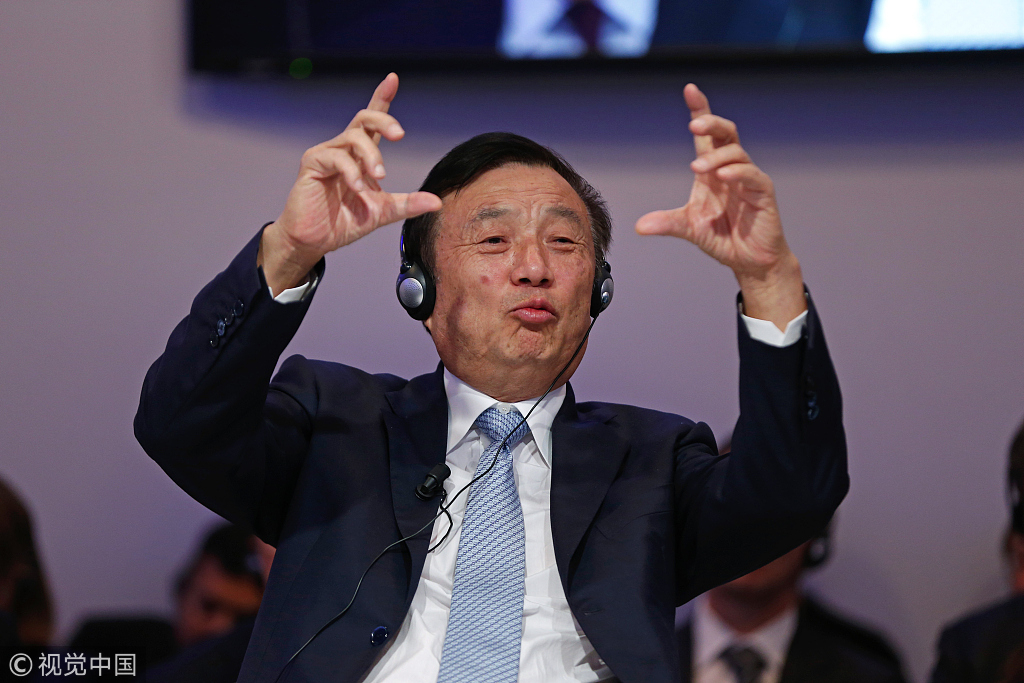 Ren Zhengfei, president of Huawei Technologies Co., gestures as he speaks during a session on day two of the World Economic Forum (WEF) in Davos, Switzerland, on Thursday, Jan. 22, 2015. /VCG Photo

Ren Zhengfei, president of Huawei Technologies Co., gestures as he speaks during a session on day two of the World Economic Forum (WEF) in Davos, Switzerland, on Thursday, Jan. 22, 2015. /VCG Photo