The Chinese Dream is a global aspiration
CGTN 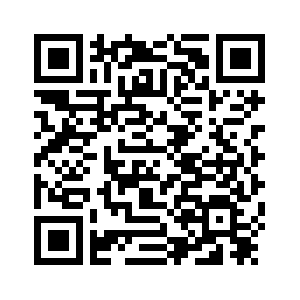 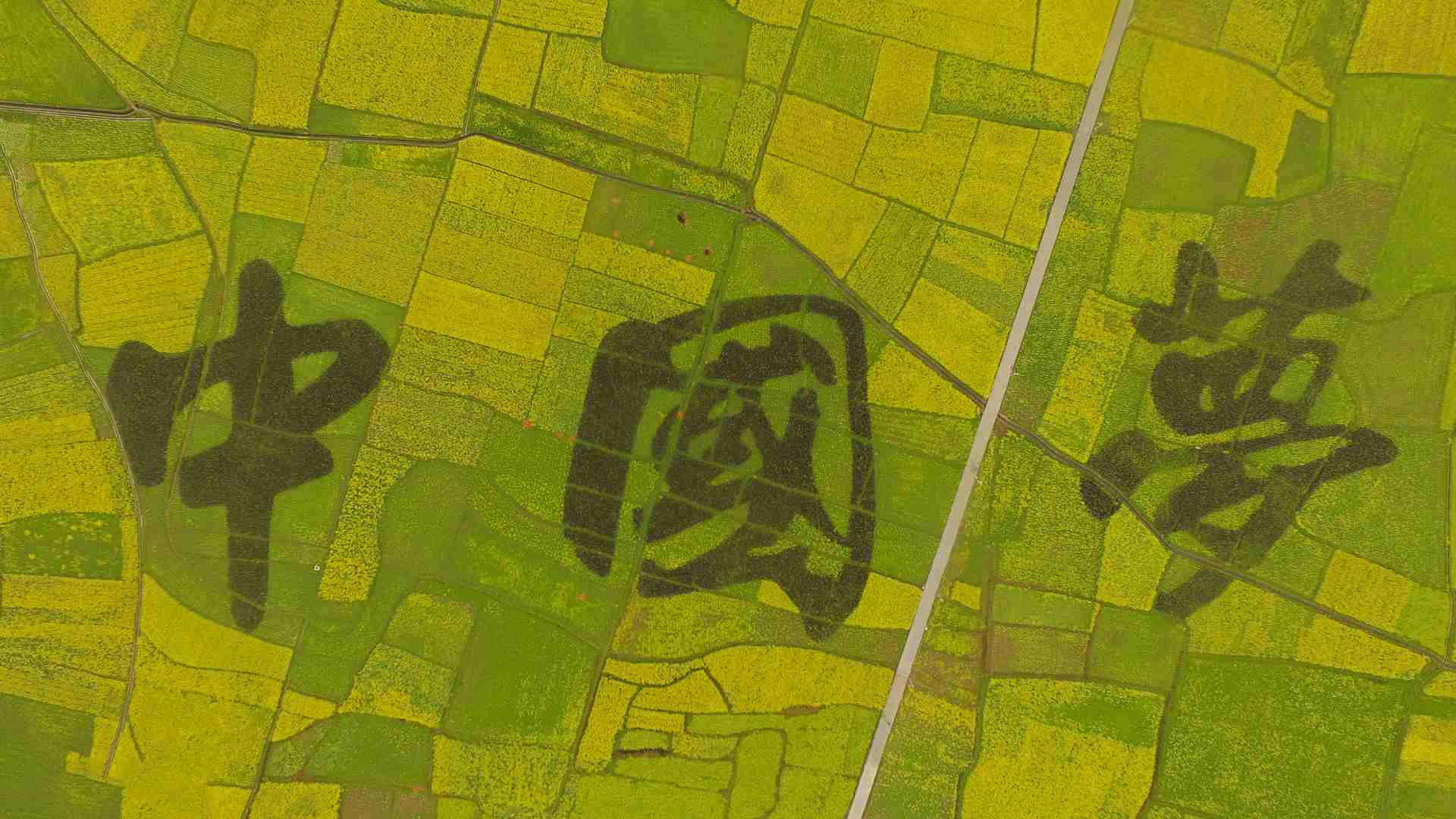 The Chinese Dream is a desire that is at once abstract and practical. It is abstract in the sense that it sets a benchmark for achieving self-reliance so that China will not be subordinated by the interests of other nations anymore. It is practical because it is a goal of well-being and prosperity to which hundreds of millions of Chinese aspire.
Since Chinese President Xi Jinping proposed the notion in late 2012, the Dream has helped shape modern-day China and the country's diplomatic contour. In the infrastructure boom, poverty alleviation, the rise of the middle class, and developing partnerships with more countries, it has played a part in all of these trends.
To get a glimpse of the Chinese Dream, CGTN's Wang Xiaonan spoke with Wang Wenwen, a research fellow at The Charhar Institute, Harvey Dzodin, a senior research fellow at the Center for China and Globalization and former vice president of the American Broadcasting Company, and Kai Xue, a Beijing-based American lawyer. Their interviews were conducted separately and their perspectives have been collated to give audiences a kaleidoscope of the colorful Chinese Dream. 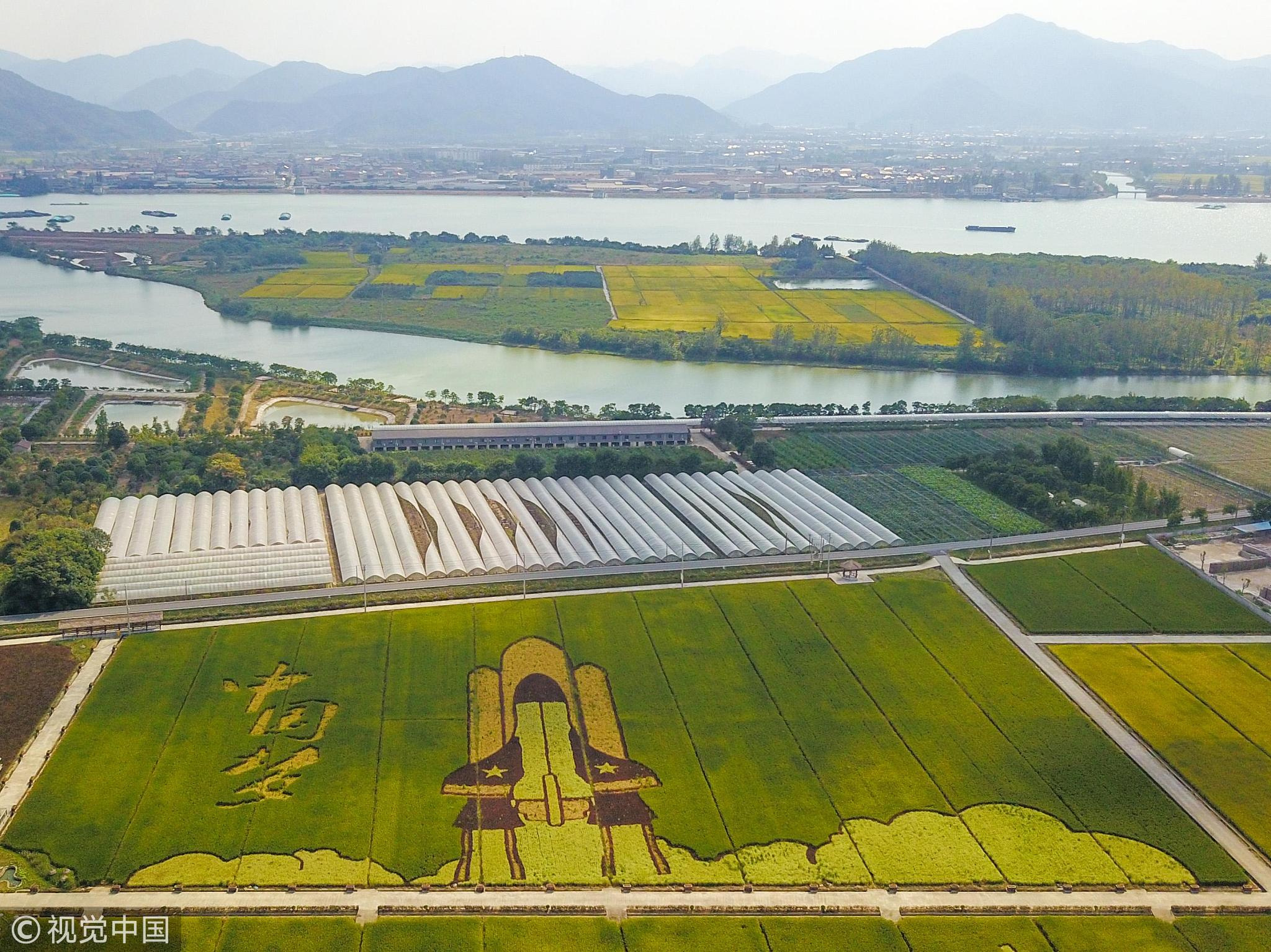 The paddy art is designed with the theme of Chinese Dream in Hangzhou, China's Zhejiang Province, October 11, 2018. /VCG Photo

The paddy art is designed with the theme of Chinese Dream in Hangzhou, China's Zhejiang Province, October 11, 2018. /VCG Photo

CGTN: We are never short of inspiring ideologies in the long-standing Chinese civilization. Why do we need the Chinese Dream?

Wang Wenwen: The notion of the Chinese Dream was proposed by Chinese President Xi Jinping and has become a hallmark of his governance. The Chinese Dream equals the great rejuvenation of the Chinese nation. So why do the Chinese people need the Chinese Dream? I think most Chinese people won't forget the humiliation that China has suffered in history. It has left a deep scar on the Chinese people.
The humiliation started from China's defeat in the first Opium War followed by the Japanese invasion and the civil war. Can you imagine that China's contribution to the world economic output was about 30 percent in the first half of the 19th century, while in the 1950s it only contributed 3 percent to the world economy? So China wanted to catch up and make up for this gap.
Under decades of efforts, China has ascended to the second position. If it wants to continue to rise and play a leading position in the world, it needs a grand notion to motivate its people and unite the country. The Chinese Dream has two goals: first to realize a moderately well-off society by 2020, and second, to become a developed, modern country by 2049. 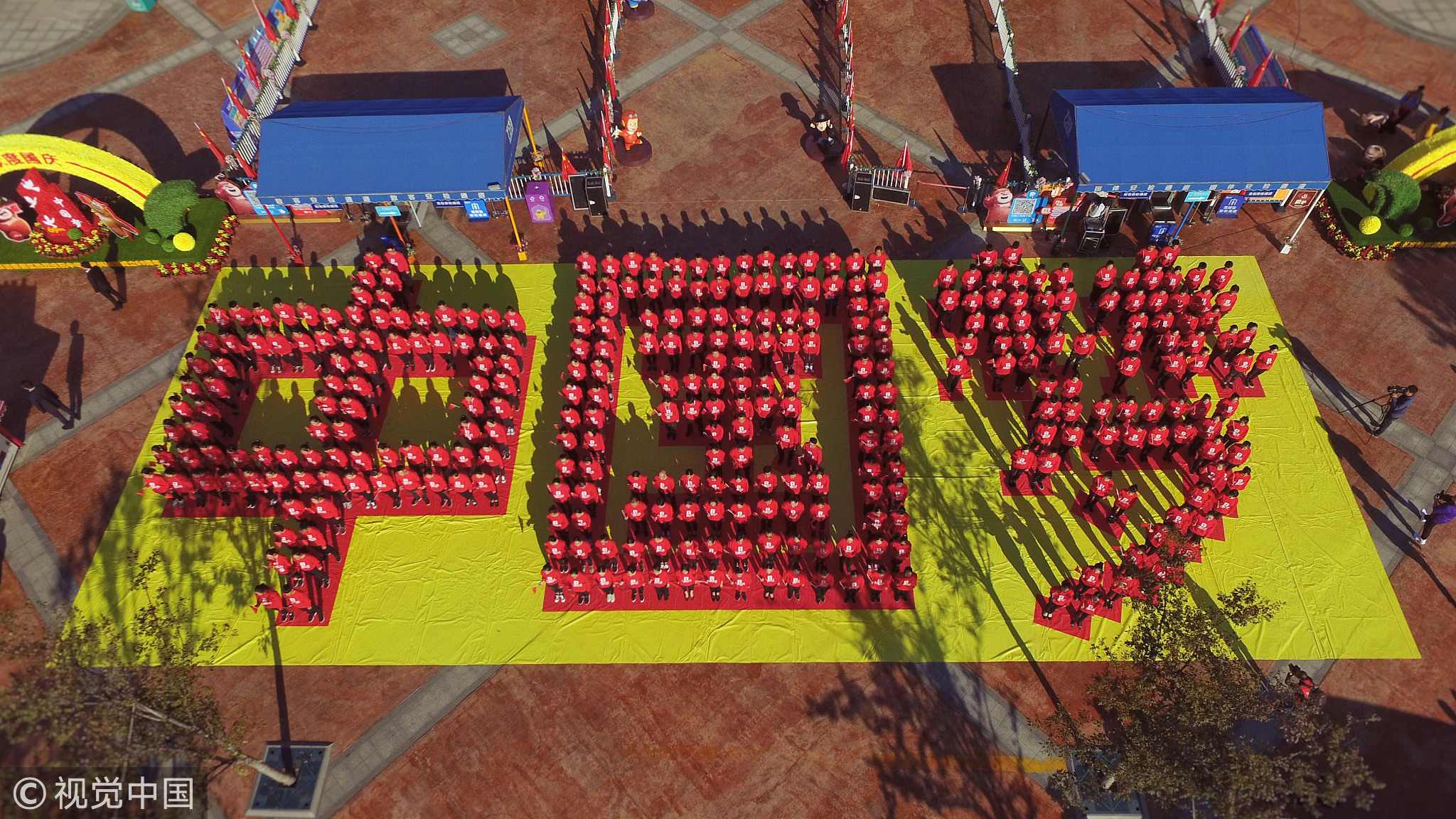 CGTN: Some foreign media outlets associate the Dream with China's rise and even claim that China might seek hegemony one day given the perceived decline of the Western world. What's your view on such rhetoric?

Harvey Dzodin: China is not trying to become No.1 just because it's aggressive or wants to be powerful. The fact is that China was the No.1 country in the world for so many centuries, and the Chinese Dream is to get back to that situation where China is powerful again. But China now is not looking to be the only leader; it's looking for globalization that cooperates with win-win solutions for every country in the world. It's really regrettable that the US is not trying to cooperate but trying to split China off and really squash the Chinese Dream.
Wang Wenwen: The Chinese Dream has nothing to do with China seeking world hegemony; it's more of the needs of domestic transformation. It has four parts: it wants to be a strong China in terms of politics, the economy and military, and also a civilized China in terms of social equality and fairness, and a harmonious China in terms of amity among different social classes, and last, a beautiful China in terms of a clean environment and no pollution.
China will realize its dream in the four areas through strenuous efforts in the future, but it does not mean bullying others, but to motivate other countries and to bring them together to engage in cooperation to benefit people all over the world. More power means greater responsibility, so it will benefit the world more as it grows stronger. 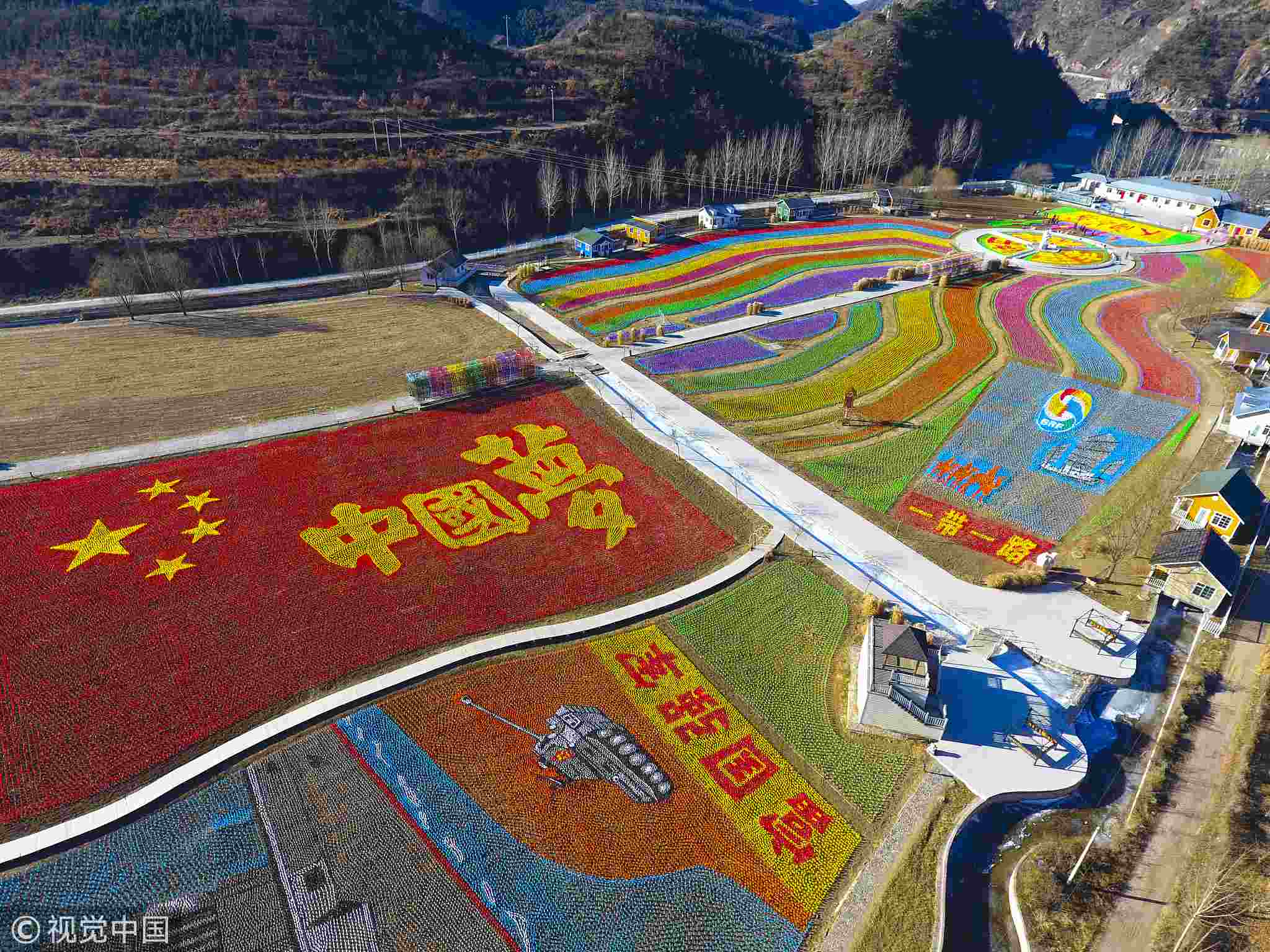 The patterns, including "Chinese Dream," "Belt and Road Initiative," etc., are made up of more than 1.2 million windmills in Miyun, Beijing, December 5, 2018. /VCG Photo

The patterns, including "Chinese Dream," "Belt and Road Initiative," etc., are made up of more than 1.2 million windmills in Miyun, Beijing, December 5, 2018. /VCG Photo

CGTN: Some analysts compare the Chinese Dream with the American Dream and even with US President Donald Trump's “Make America Great Again.” What do you think?

Kai Xue: The Chinese Dream is about collectively coming together to raise everyone's own personal livelihood and to fulfill personal dreams.
Harvey Dzodin: In some ways, the Chinese Dream and the American Dream are the same. We want what China wants for its people: to have a good life, to have the finer things in life, to have a good home, a good education, and good prospects for the future.
So I'd say if we try to look at what joins us together rather than what sets us apart, there's a lot in common. President Xi talks about rejuvenation of the Chinese nation. In America, the dream is about the same. President Trump talks about “making America great again.”
With a slogan which to a certain extent put him in the White House, President Trump is bringing out the nationalism of some people in America whereas President Xi is more inclusive, trying to build a strong country with a bright future for its people.
President Trump is trying to divide us into factions and some people have very dark views of international relations. And some people in America have a dream that I believe is more like a nightmare.
Wang Wenwen: To a certain extent, Xi's Chinese Dream and Trump's “Make America Great Again” are used by their leaderships as slogans to serve their countries, but they are fundamentally different.
The US [dream] disregards international norms, scraps international rules, and sacrifices the interests of other countries for the sake of the United States. The term "Make America Great Again" is all about individualism while the Chinese Dream underlines collectivism given the collective memory of humiliation that China suffered in history.
I should say there is a little bit of nationalism embedded within the Chinese Dream and a little bit nationalistic sentiment which resonates passionately across Chinese society and provides strong social glue. 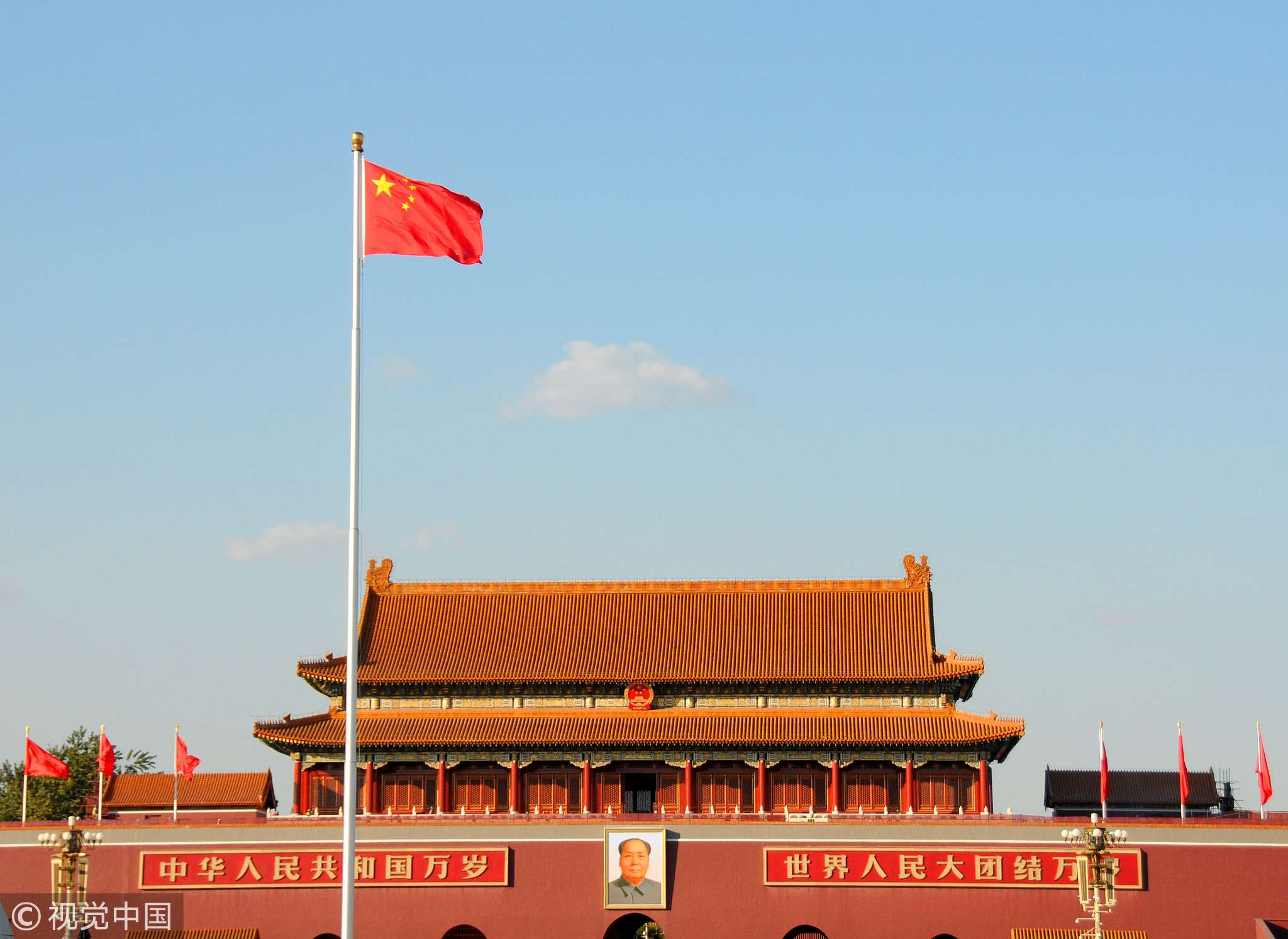 CGTN: Can you give an example where the Chinese Dream improved the livelihood of the large Chinese population and people in other countries as well?

Kai Xue: The Belt and Road Initiative has something to do with lending and building in foreign countries. It might seem quite remote from the Chinese Dream, but I see it as a manifestation of the Dream.
From the start, you had to have a billion people in this country saving, and their savings provide the resources in which the China Development Bank and Export and Import Bank can tap and they can use to lend to all of these countries on the Belt and Road who can borrow and engage Chinese construction companies to do the work and build the infrastructure.
These infrastructure projects have employed millions of Chinese engineers, technicians and workers over the last forty years; and now currently to get the job done, and that's to create opportunities for millions of Chinese families.
So to sum it up, this is the Chinese Dream in action because you have to have everyone coming together to provide resources to create those opportunities that create, in the end, the personal benefit for all those Chinese people.
As an added bonus, this is not just the Chinese Dream, because the end objective of the Belt and Road Initiative is to uplift a lot of other countries, and all those other destination countries.
Reporter and editor: Wang Xiaonan
Videographer and creative director: Li Yunlong
Video editors: Chen Shuxun, Wang Baozhu, Li Yunlong
(If you want to contribute and have special expertise, please contact us at opinions@cgtn.com.)