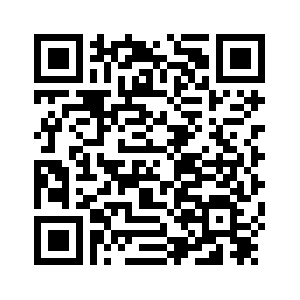 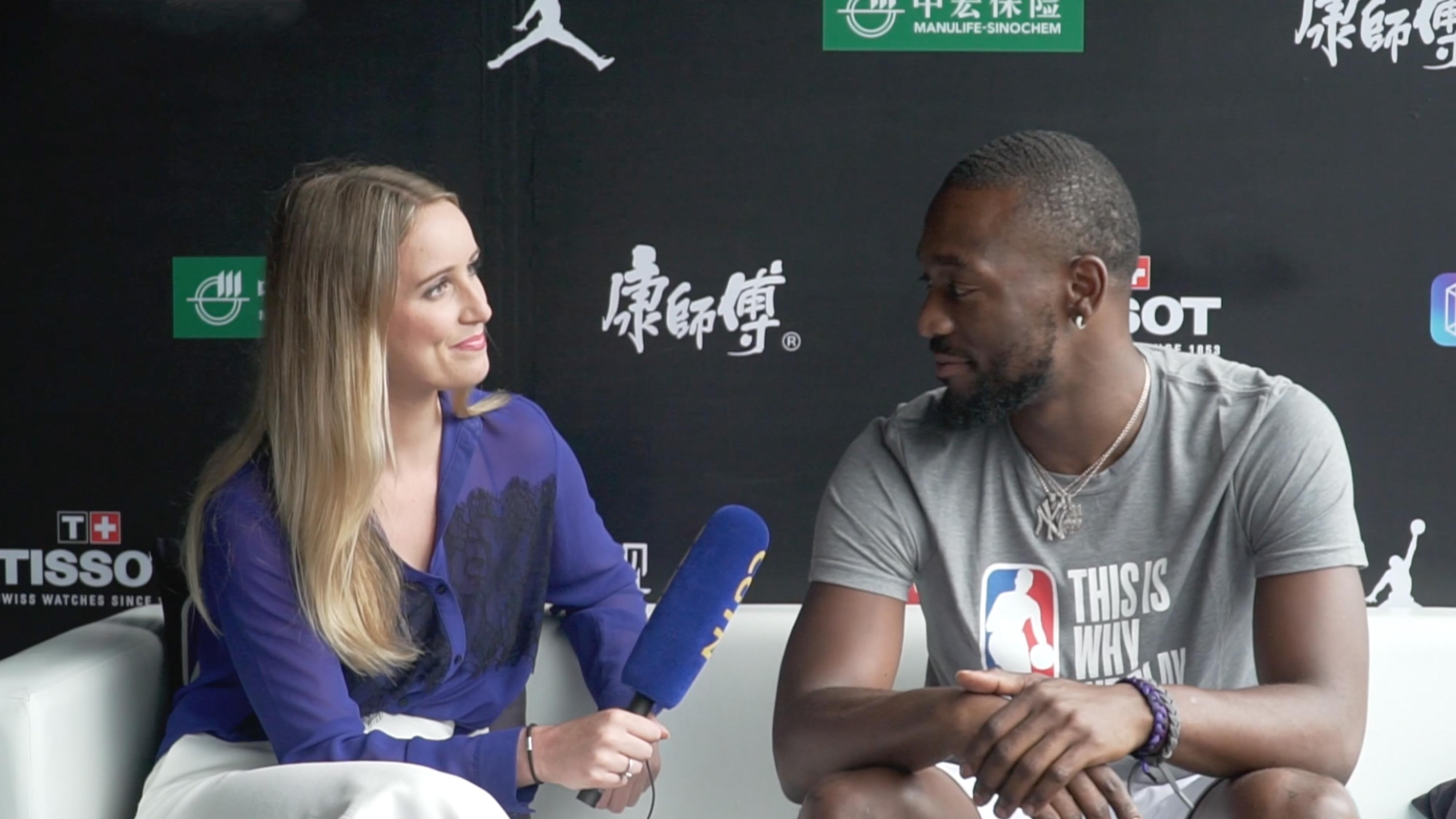 "It's not something I would dream about. I would never have thought that people in China would know who I am."
Two-time All-Star Kemba Walker arrived in China for only his second visit to the country to make an appearance at the NBA 5 V 5 tournament this month in Beijing, and being recognized wasn't something he could ever have imagined.
CGTN digital went one on one with the Charlotte Hornet's point guard to discuss the growth of basketball in China and how amateur players in the capital can emulate his success, which saw him become the franchise's all-time leading scorer last season.
"I just realized how much they [Chinese basketball fans] love the game. How much they know the game. How much they know their players." 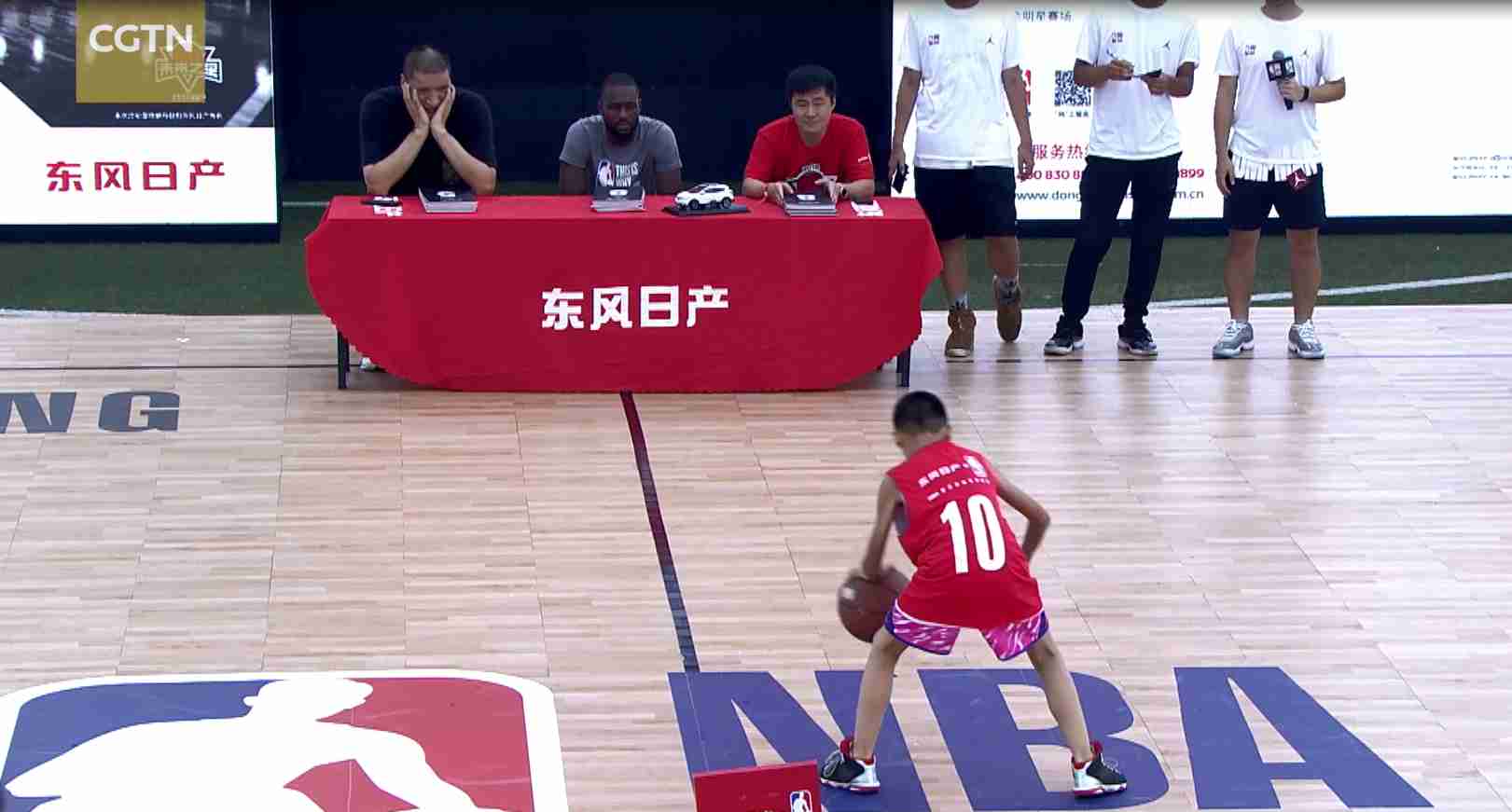 Kemba Walker during his basketball clinic for children at the NBA 5v5 tournament. / CGTN photo

Kemba Walker during his basketball clinic for children at the NBA 5v5 tournament. / CGTN photo

With over 300 million registered basketball players in China, the country has become the NBA's biggest market outside the US. The National Basketball Association remains by far China's most popular sports league.
One of the main factors that has fuelled basketball's current popularity is the NBA's focus on grassroots in the Chinese mainland. Last year, it opened three academies geared toward developing the top male and female prospects in Urumqi, Jinan and Hangzhou.
The first NBA Basketball School of China is opening in 2019, and involvement from star players remains integral to this push.
"I want to do what I can to help them [Chinese basketball players], earlier today we did a clinic with the young kids. I want them to become better players." Walker said. "I just want them to love the game."
"I just want them to know that this game can take them to very far places because it has brought me here. So, it can bring them far as well." 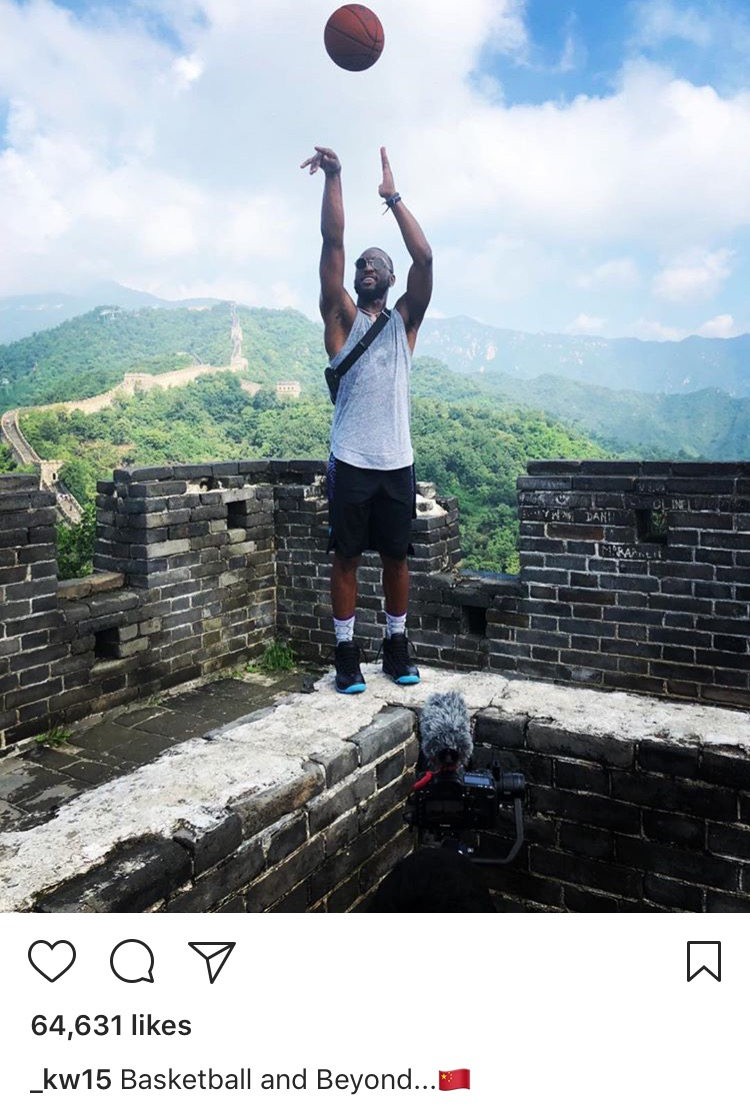 The game has definitely brought the All-Star player a long way from his childhood career as a dancer when basketball took the backseat, and he performed at the Apollo Theater.
"Dancing was something I did to stay out of trouble," Walker explained. "When I was young one of my friends wanted me to join one of the groups with him, and so I tried it. It kept me out of trouble. It kept me focused."
"Basketball was just something I did for fun," he added. "I always played in the park and things like that. When I started to get more serious with basketball, I fell in love with it."
"My dad thinks that because I danced, it helped me with basketball. It helped with my footwork and stuff like that. I think it helped me a lot."
It was that slick footwork which enabled Walker to surpass Charlotte Legend Dell Curry and become the franchise's all-time leading scorer with 9,841 points during the 2017-2018 season.
However, it wasn't all celebration for the player and, despite him averaging 22.1 points per game with 5.6 assists, from the team's standpoint it proved an unsuccessful season with the Hornet's unable to make the playoffs. 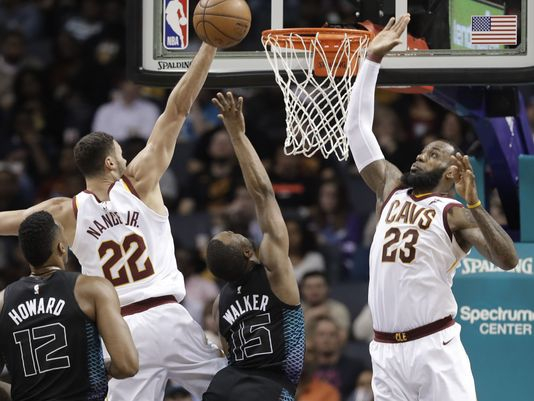 Kemba Walker shoots over Cleveland Cavaliers’ LeBron James during the first half of an NBA game in Charlotte, March 28, 2018. /AP Photo

Kemba Walker shoots over Cleveland Cavaliers’ LeBron James during the first half of an NBA game in Charlotte, March 28, 2018. /AP Photo

"It was a disappointing season, but at the same time, individually, I got to accomplish a lot," Walker said. "But, you know there is always another season."
"I'm working hard this summer, and my teammates are working hard to become better and not to go through what we went through last season," he added. "We will be alright."
After two consecutive non-playoffs, the Hornets are currently in a state of transition with new faces being brought into the franchise both on and off the court.
Mitch Kupchak was recently named as the general manager and after the dismissal of Steve Clifford, former San Antonio Spurs assistant James Borrego took the position of head coach. Plus, six-time All-Star point guard Tony Parker also joined the team on a two-year deal after ending his 17-year affiliation with Spurs.
When asked what style of play this season will bring, Walker responded: "I think it will be a lot different.  I think we will play a little faster."
"Coach Borrego is new, but we have been talking a lot, and he has high expectations of me and the rest of the guys." 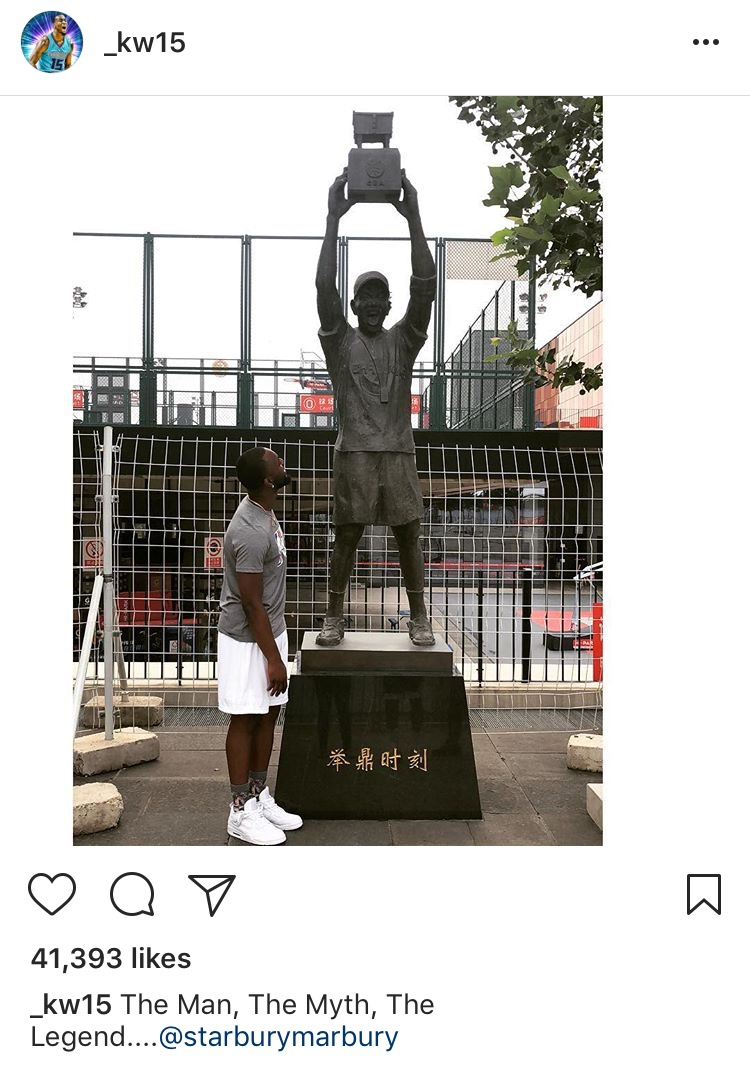 Walker has been with the Hornets since being drafted ninth overall in 2011, and despite, for the first time, being subject to trade rumors in January, is determined to remain at the franchise.
However, there is a difference between tabling an issue rather than resolving it. The All-Star guard is currently preparing to enter the final year of his contract that was signed at the start of the 2014-15 campaign, before becoming a free agent in July 2019 due to the franchise being so tight under the salary cap.
Addressing his long-term future, Walker matter-of-factly stated: "I see myself in Charlotte."
Although Kemba Walker looks set on staying put, the same can't be said for the NBA as the league continues to boom not just in China, but also in Asia as a whole.
Chinese fans will be able to see more of their favorite players in October when the NBA China Games 2018 features two preseason matches between the Dallas Mavericks and Philadelphia 76ers. The teams will both play in China for the first time when they meet on Oct. 5 in Shanghai, followed by a rematch on Oct. 8 in Shenzhen.
Reporter & Video Editor: Charlotte Bates
Cinematographer: Huang Yichang
Video Footage: NBA China