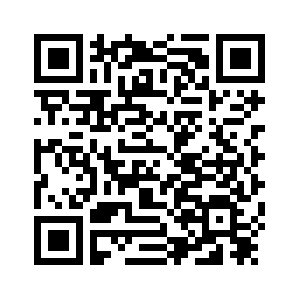 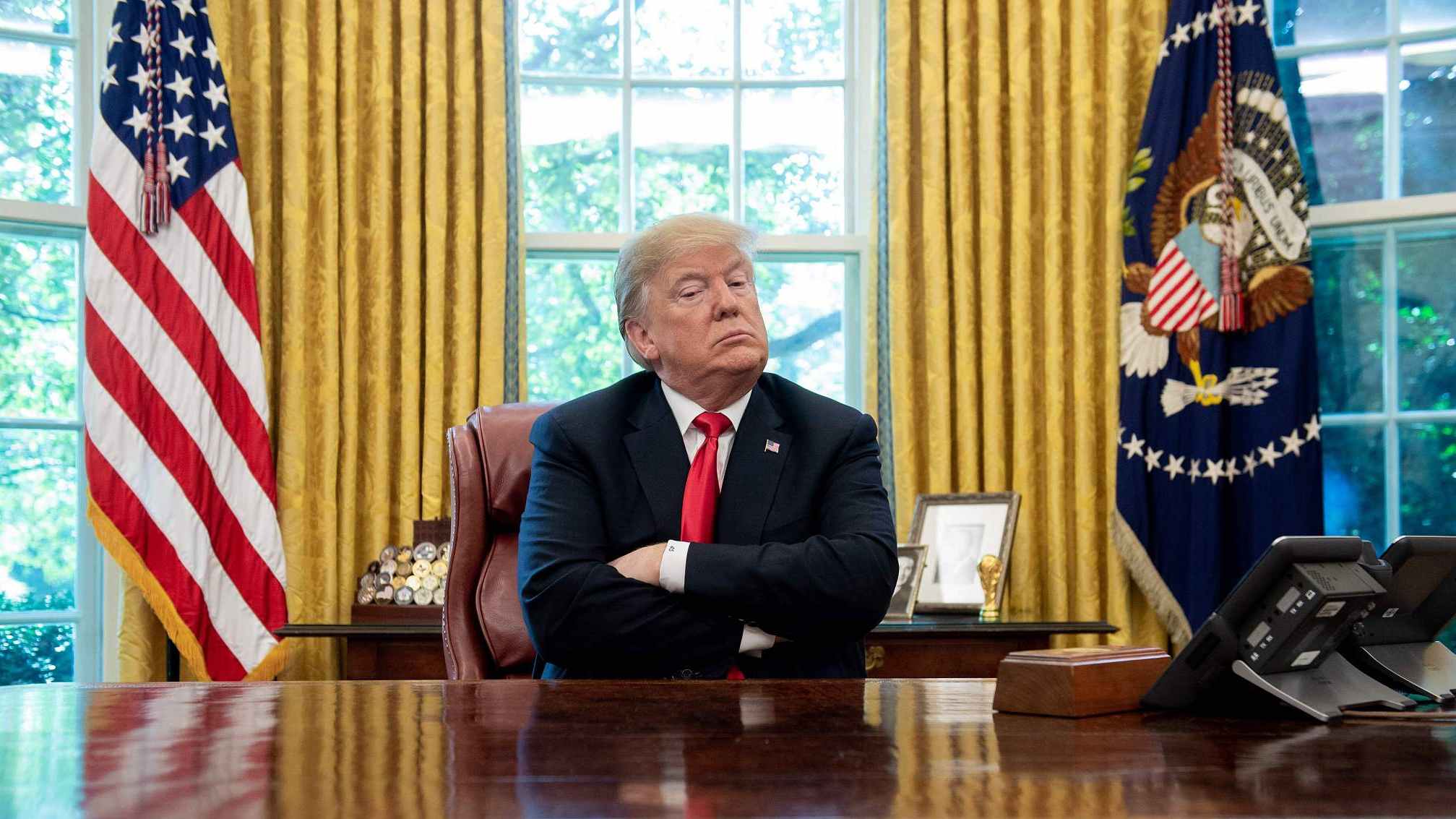 U.S. President Donald Trump blasted the Federal Bureau of Investigation (FBI) Saturday after the New York Times reported that the FBI had opened an investigation into whether he was acting on Russia's behalf when he fired the agency's director James Comey in May 2017.
The New York Times reported that the FBI launched the previously undisclosed counterintelligence investigation to determine whether Trump posed a national security threat, at the same time that it opened a criminal probe into possible obstruction of justice by the president.
The White House rejected the New York Times article as "absurd" late on Friday, while Trump himself lashed out at Comey and the FBI in half a dozen tweets on Saturday.

"Wow, just learned in the Failing New York Times that the corrupt former leaders of the FBI, almost all fired or forced to leave the agency for some very bad reasons, opened up an investigation on me, for no reason & with no proof, after I fired Lyin' James Comey, a total sleaze!" Trump tweeted.
According to Trump, "the FBI was in complete turmoil... because of Comey's poor leadership" and the way he handled the investigation into Hillary Clinton's use of a private server to send some government emails.
He described the former FBI director as "a Crooked Cop who is being totally protected by his best friend, Bob Mueller." 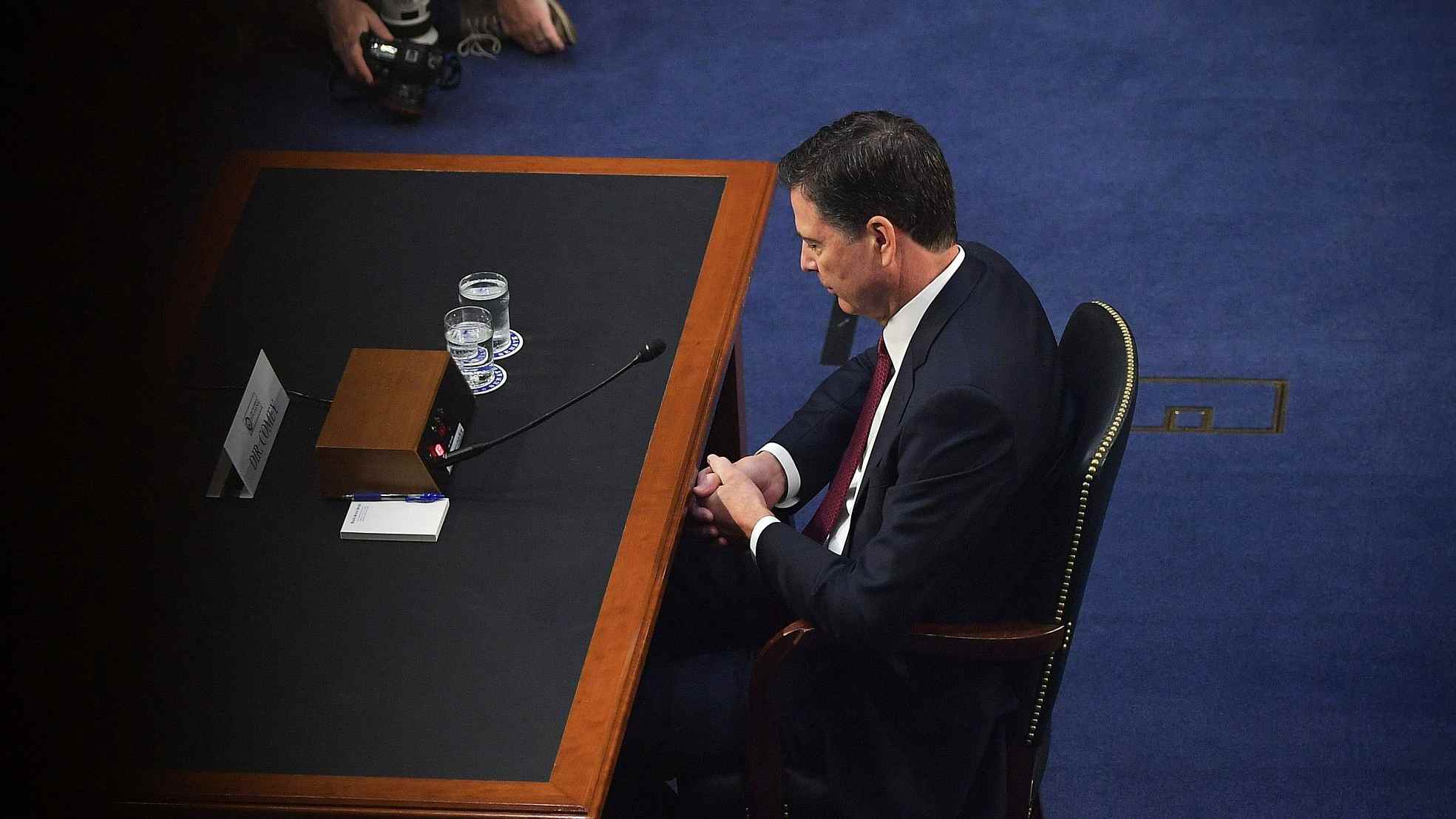 Former FBI director James Comey speaks during a hearing before the Senate Select Committee on Intelligence in the Capitol Hill in Washington, June 8, 2017. /VCG Photo

Former FBI director James Comey speaks during a hearing before the Senate Select Committee on Intelligence in the Capitol Hill in Washington, June 8, 2017. /VCG Photo

A U.S. House of Representatives committee will look into the New York Times report, the panel's Democratic chairman said on Saturday.
House Judiciary Committee Chairman Jerrold Nadler said his panel “will take steps to better understand both the president's actions and the FBI's response to that behavior” in coming weeks. He also said lawmakers would seek to protect investigators from the president's "increasingly unhinged attacks."
"There is no reason to doubt the seriousness or professionalism of the FBI, as the president did in reaction to this story," Nadler, a New York Democrat, said in a statement.‍

The New York Times said that the FBI had been suspicious of Trump's ties to Russia during the 2016 campaign. But it held off on opening an investigation until the president sacked Comey, who refused to pledge allegiance to Trump and roll back the nascent Russia investigation. 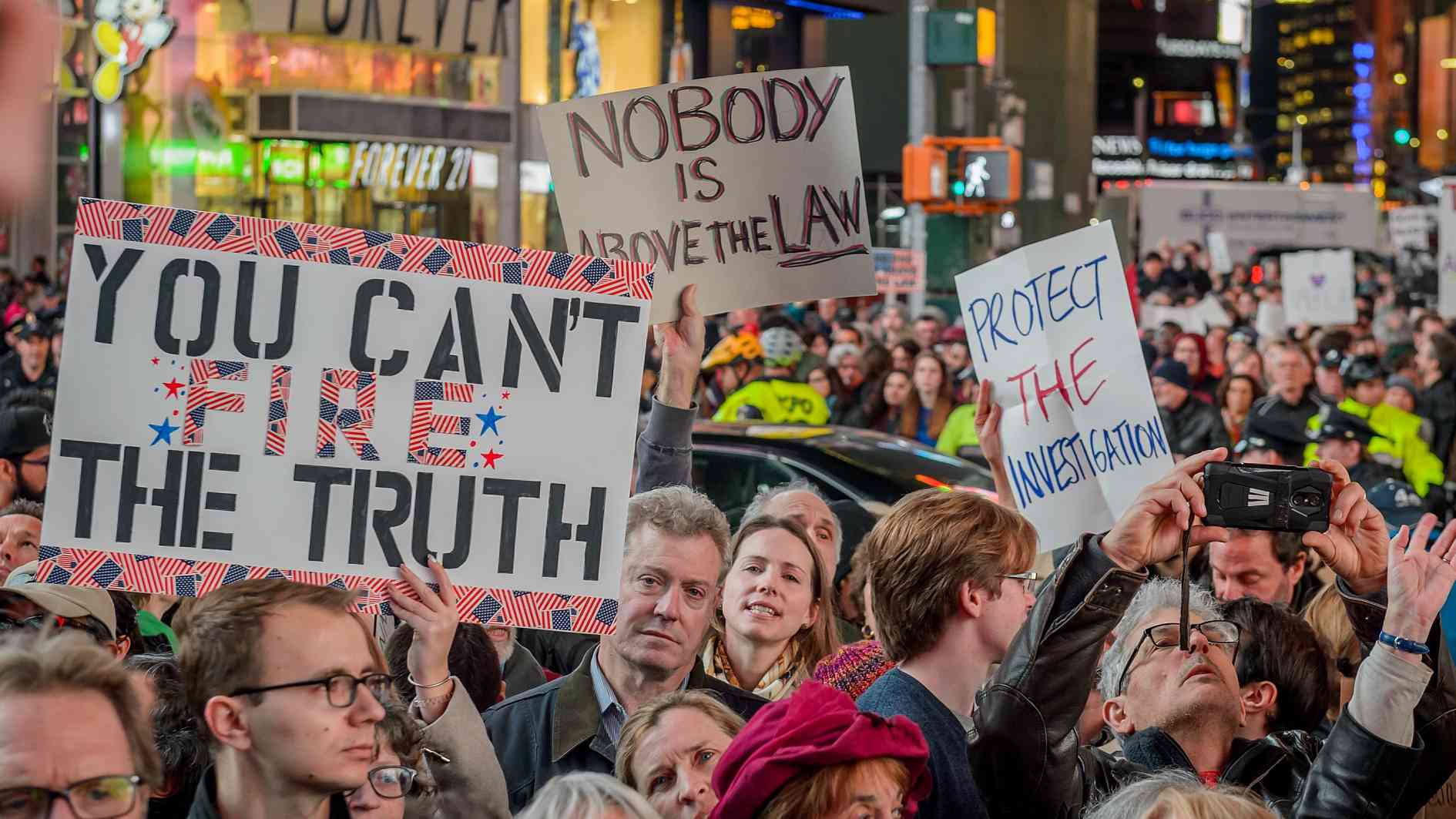 FBI officials viewed their decision as validated after the revelation of a comment Trump made to visiting Russian officials in the Oval Office after he fired Comey, according to the report.
"I just fired the head of the FBI. He was crazy, a real nut job," Trump said, according to a document summarizing the meeting. "I faced great pressure because of Russia. That's taken off."
Trump's presidency has been overshadowed by the Russia investigation even before he took office, though he has long been denying any illicit connection with Moscow. No evidence has emerged publicly that Trump was secretly in contact with or took direction from Russian government officials.
"The fact that it goes back a year-and-a-half and nothing came of it that showed a breach of national security means they found nothing," Rudolph Giuliani, a lawyer for the president, said on Friday, though he acknowledged that he had no insight into the inquiry.
(With inputs from Reuters and AFP)