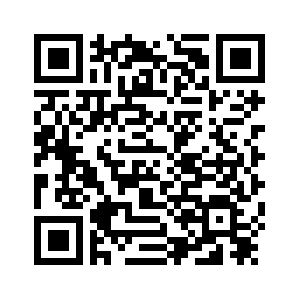 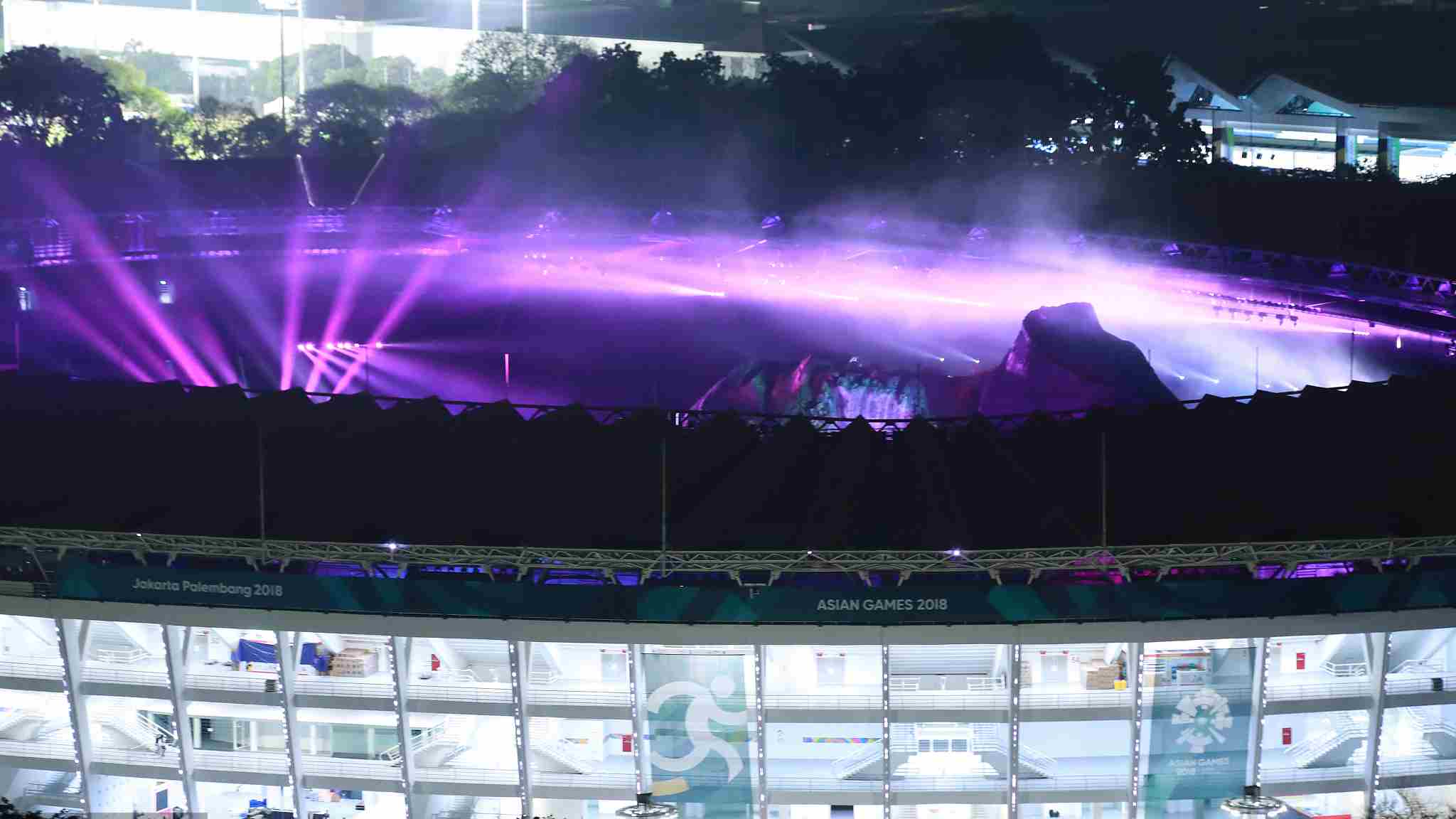 The opening ceremony of the 2018 Asian Games will be staged tonight at 8 p.m. Beijing time (GMT +8), and CGTN Sports Scene has taken a sneak peek at the set, with the event's creative director Wishnutama Kusubandio and executive producer Scott Givens from the US in an exclusive interview inside the Gelora Bung Karno Main Stadium.
While describing their association and the plan for the show, Kusubandio says, “It’s been a long, long creative process for me and my team, comprising of some members like Scott from the US, whose company also produced the opening ceremonies of the 2012 London Olympics and 2014 Sochi Winter Olympics. With our combined experience from all over the world with different backgrounds we have created this show.” 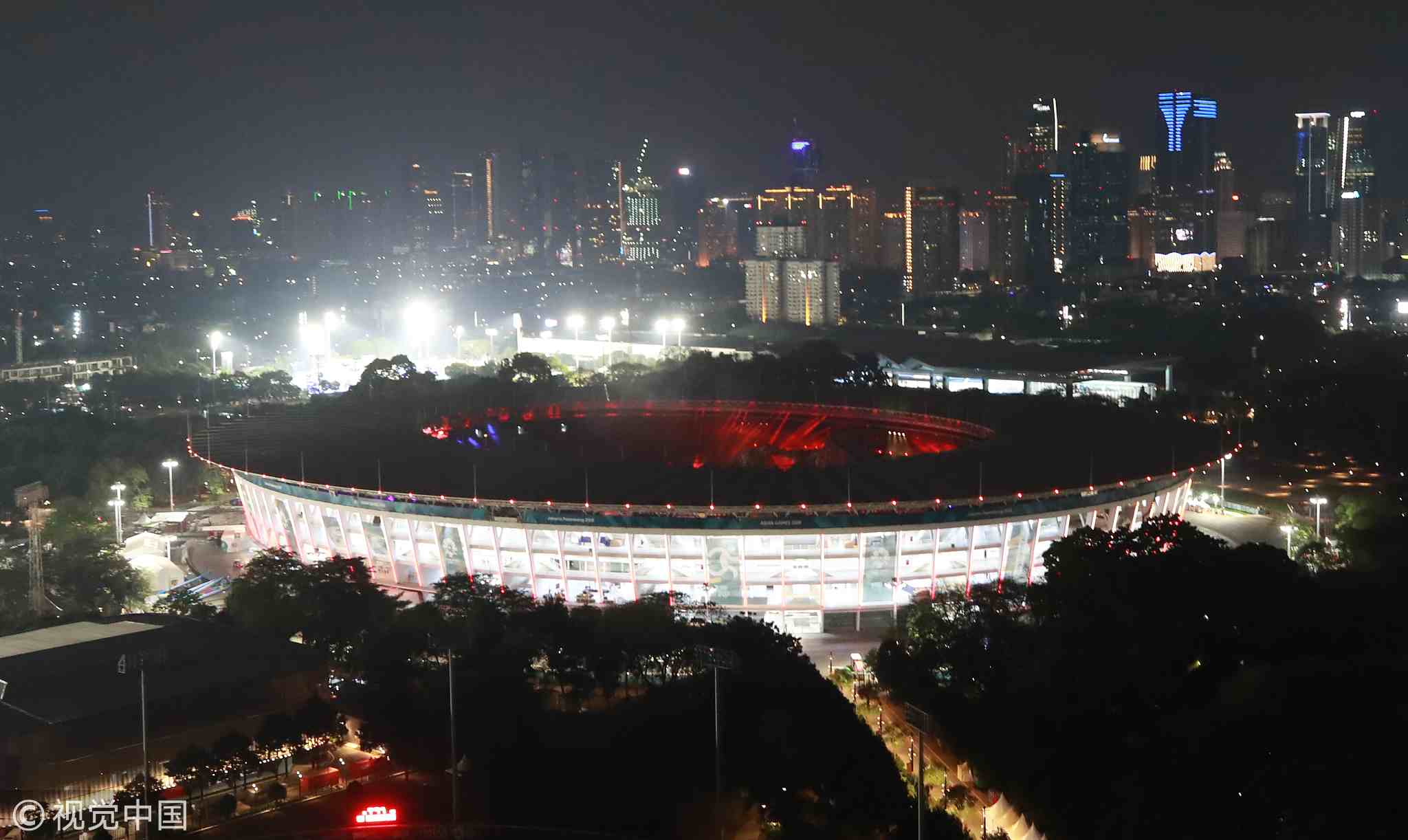 The nightscape of Gelora Bung Karno Stadium, the main venue of the Asian Games on August 17, 2018. /VCG Photo

The nightscape of Gelora Bung Karno Stadium, the main venue of the Asian Games on August 17, 2018. /VCG Photo

“We have got an unbelievable cast of performers who have been rehearsing for almost the past five months to get ready for this ceremony. We have created a backdrop that is uniquely Indonesian.”
The Indonesian creative director explains, “We wanted to do something different from past ceremonies. It has an Olympic standard and quality of an Olympic ceremony. We have built a piece of scenery – a mountain from the Indonesian landscape that has a waterfall, volcano, cliffs and different staging areas across it. That’s quite unique and has never been done in a big ceremony.”
“Well, the uniqueness of the culture, the uniqueness of the treatment, the uniqueness of the look, so that everybody can remember that this is Indonesia, not somewhere else,” he adds. 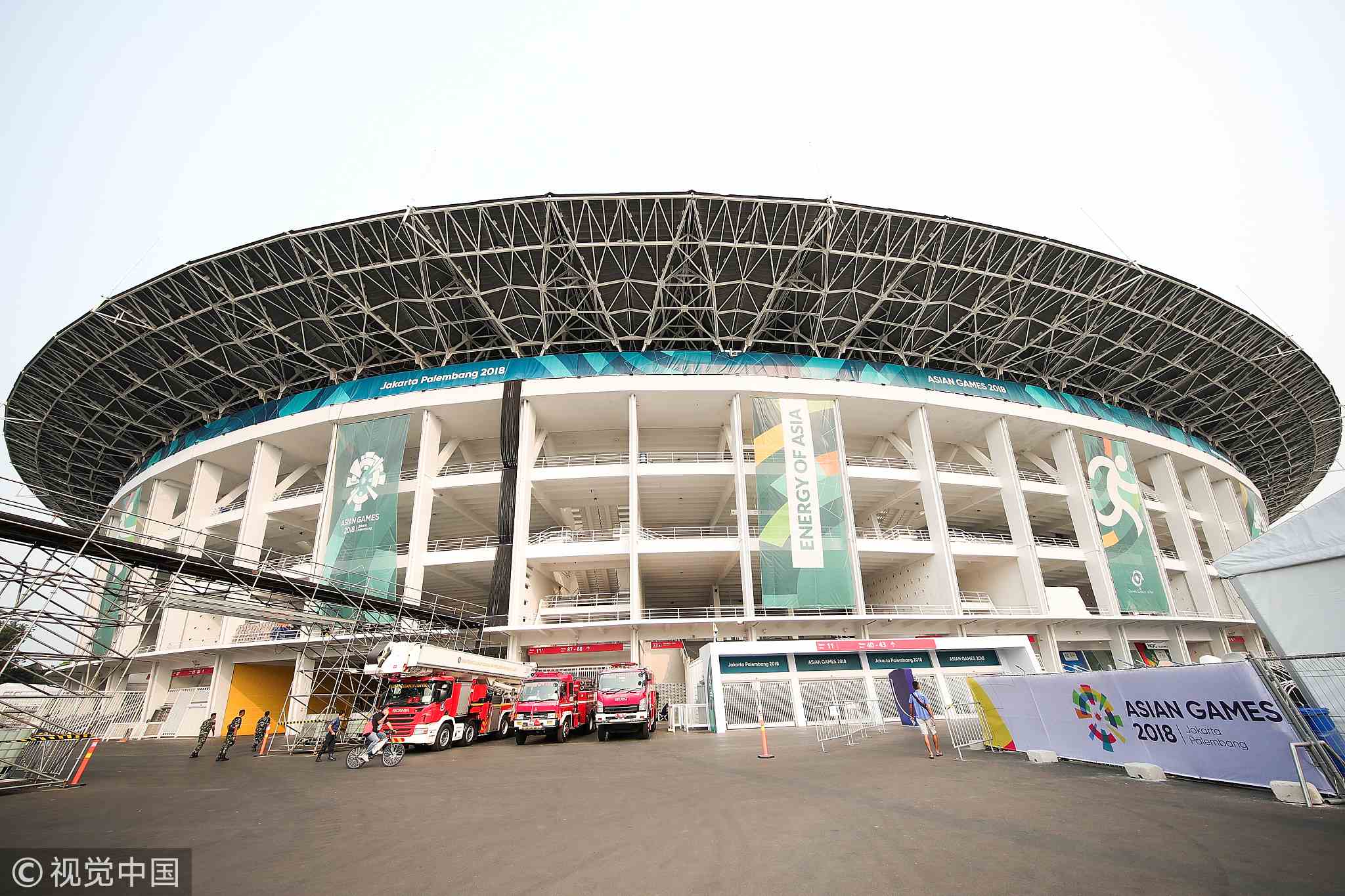 A general view of the Gelora Bung Karno Stadium during daytime. /VCG Photo

A general view of the Gelora Bung Karno Stadium during daytime. /VCG Photo

Meanwhile, a veteran producer who's worked on many of the opening spectacles in the past, Scott notes, “Some ceremonies have gone from history through a different story. We chose the natural elements because the natural elements of water, earth, wind and fire are part of the culture in Indonesia. We use those natural elements as segments. We perform cultural dances related to them. And that’s how we will tell the Indonesian story.”
He clarifies, “We have used a lot of technology but it’s technology in service of the story. So we can project across the whole mountain and cross over the field. We can change the look and feel. But it’s all to serve the culture and the story and that’s the Indonesian story.”
Meanwhile, Kusubandio talked about the challenge to bring the country's rich heritage and culture under one umbrella.
“We have so much diversity. We have 17,000 islands. We have 300 languages, probably like China. So, we needed to accommodate so many colorful diversities into one single show which is only about two hours or two and a half hours. It’s not easy as we also need to entertain people throughout the world at the same time. So that was the biggest challenge.” 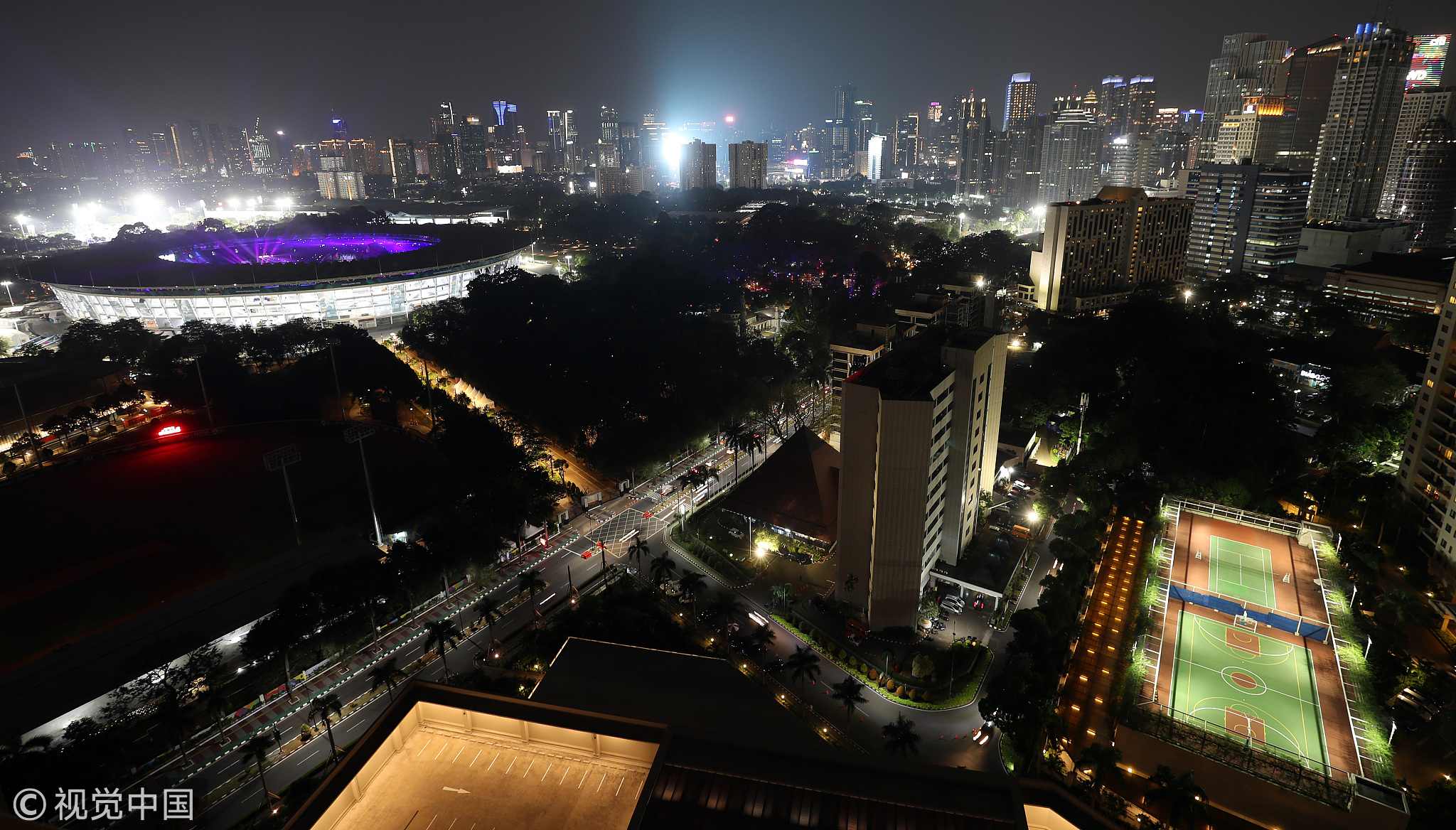 An overall perspective of the Jakarta city's view around the Gelora Bung Karno Stadium on August 17, 2018. /VCG Photo

An overall perspective of the Jakarta city's view around the Gelora Bung Karno Stadium on August 17, 2018. /VCG Photo

While talking on the USP of their much-awaited show in collaboration with his Indonesian creative director, Scott mentions, “We have worked with Tama (Kusubandio) and the Indonesian creative team to bring a perspective of how the world can see their culture through the lens of the camera. To understand how outsiders or foreigners might see their culture and help them explore ways they want to show us their society, their culture that maybe we haven’t seen as an outsider or a foreigner. And help them show how we can do that uniquely, distinctly and create a moment in history for their country.”
Kusubandio is certainly going to be the man of the moment on Saturday night and he seems ready for the show.
“We are very confident as we have been practicing for a few months but there are a few surprises throughout the show.”