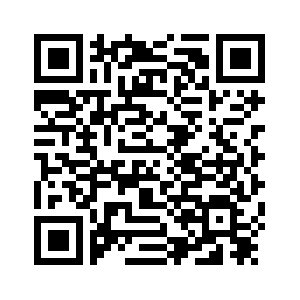 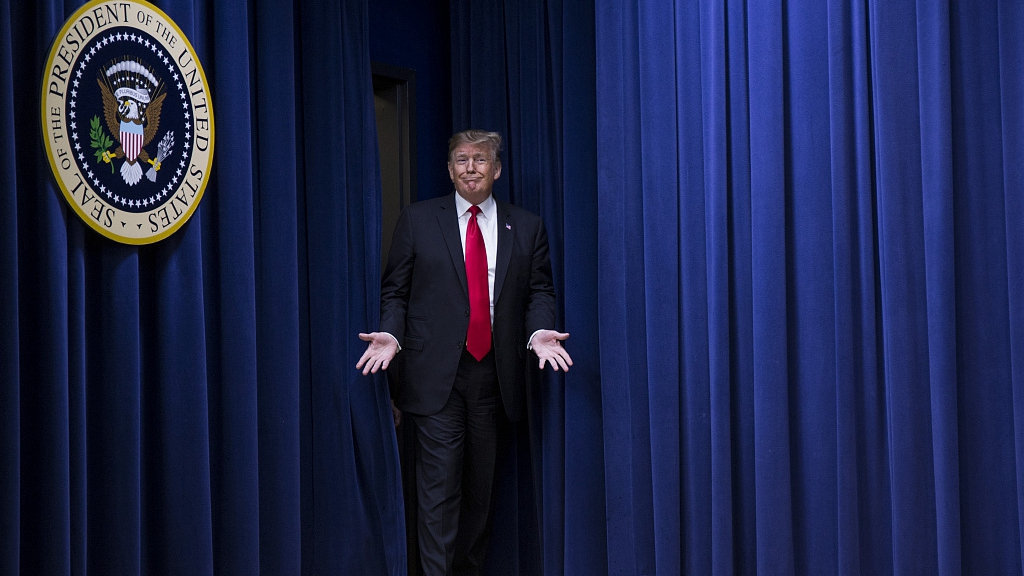 Editor's note: Jeffrey D. Sachs, professor of Sustainable Development and Professor of Health Policy and Management at Columbia University, is director of Columbia's Center for Sustainable Development and the UN Sustainable Development Solutions Network. The article reflects the author's opinion, and not necessarily the views of CGTN.
Don Quixote fought windmills. U.S. President Donald Trump fights trade deficits. Both battles are absurd, but at least Quixote's was tinged with idealism. Trump's is drenched in enraged ignorance.
Last week, it was announced that the U.S. international deficit on goods and services had widened to 621 billion U.S. dollars, despite Trump's promise that tough trade policies vis-à-vis Canada and Mexico, Europe, and China would slash the deficit.
Trump believes the U.S. trade deficit reflects unfair practices by America's counterparts. He has vowed to end these unfair practices and negotiate fairer trade agreements with those countries.
Yet America's trade deficit is not an indicator of unfair practices by others, and Trump's negotiations will not reverse its growth. The deficit is, instead, a measure of macroeconomic imbalance, one that Trump's own policies – especially the 2017 tax cut – have exacerbated.
Its persistence – indeed, its widening – was wholly predictable by anyone who has gotten to the second week of an undergraduate course on international macroeconomics.
Consider an individual who earns income X and spends Y. If we consider the individual's earnings her “exports” of goods and services, and the spending her “imports” of goods and services, it is immediately clear that she runs a surplus of exports over imports if her income is greater than her spending. A deficit means that she spends more than she earns. 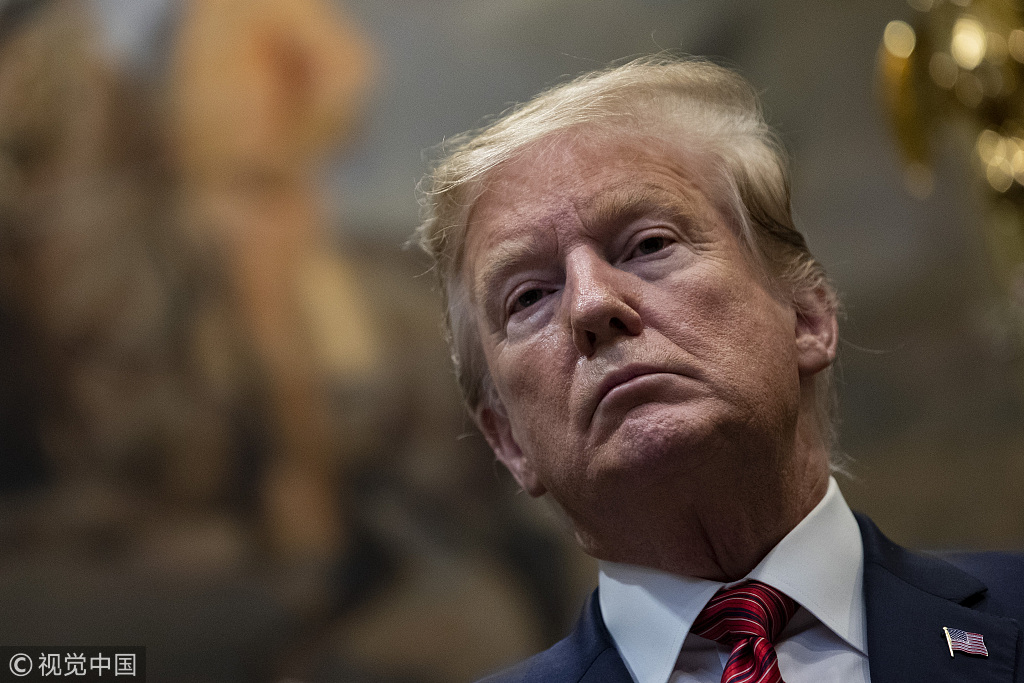 The same is true when one adds incomes and spending across an economy, including both the private and public sectors. An economy runs a surplus on its current account (the broadest measure of its international balance) when gross national income (GNI) exceeds domestic spending, and a deficit when domestic spending exceeds GNI.
Economists use the term “domestic absorption” for total spending, summing both domestic consumption and domestic investment spending. The current account may then be defined as the balance of GNI and domestic absorption.
It is important to note that the excess of income over consumption is the same as domestic saving. Therefore, the excess of income over absorption may be stated equivalently as the excess of domestic saving over domestic investment.
When an economy saves more than it invests, it runs a current-account surplus; when it saves less than it invests, it runs a current-account deficit.
Notice that trade policy is missing from the entire equation. A deficit on the current account is purely a macroeconomic measure: the shortfall of saving relative to investment. The U.S. external deficit is not in any way, shape or form, an indicator of unfair trade practices by Canada and Mexico, the European Union, or China.
Trump thinks it is because he is ignorant. And his ignorance holds center stage in U.S. public discourse mainly because of the pusillanimity of Trump's advisers (who, admittedly, lose their jobs when they cross him), the Republican Party, and American CEOs (who refuse to reject Trump's nonsense).
The U.S. moved from current-account surpluses to chronic deficits beginning in the 1980s, mainly as the result of a series of tax cuts under Presidents Ronald Reagan, George W. Bush, and Trump. 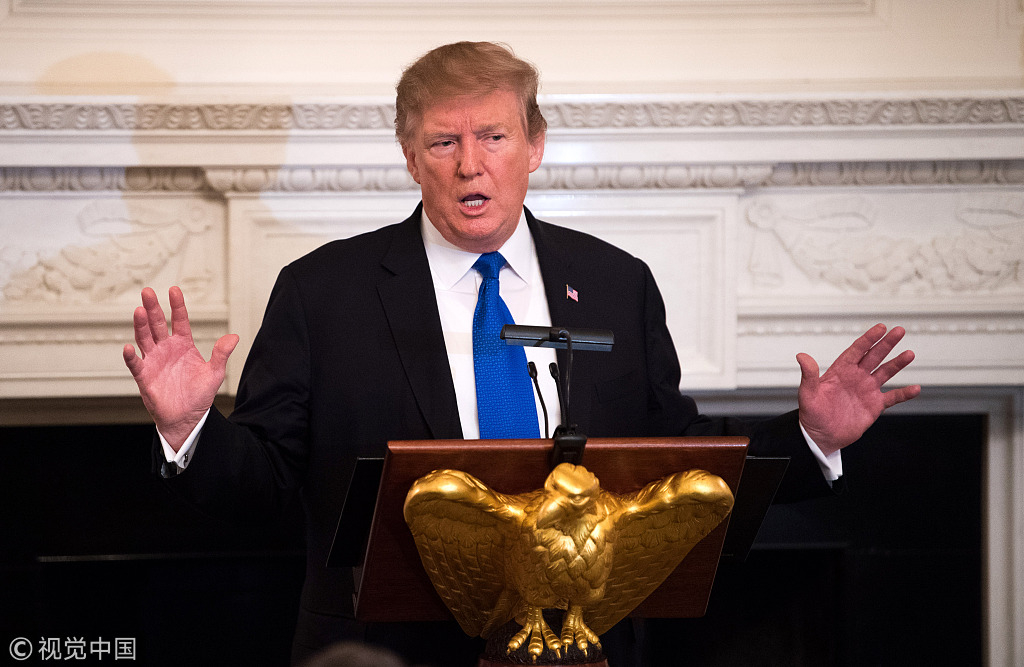 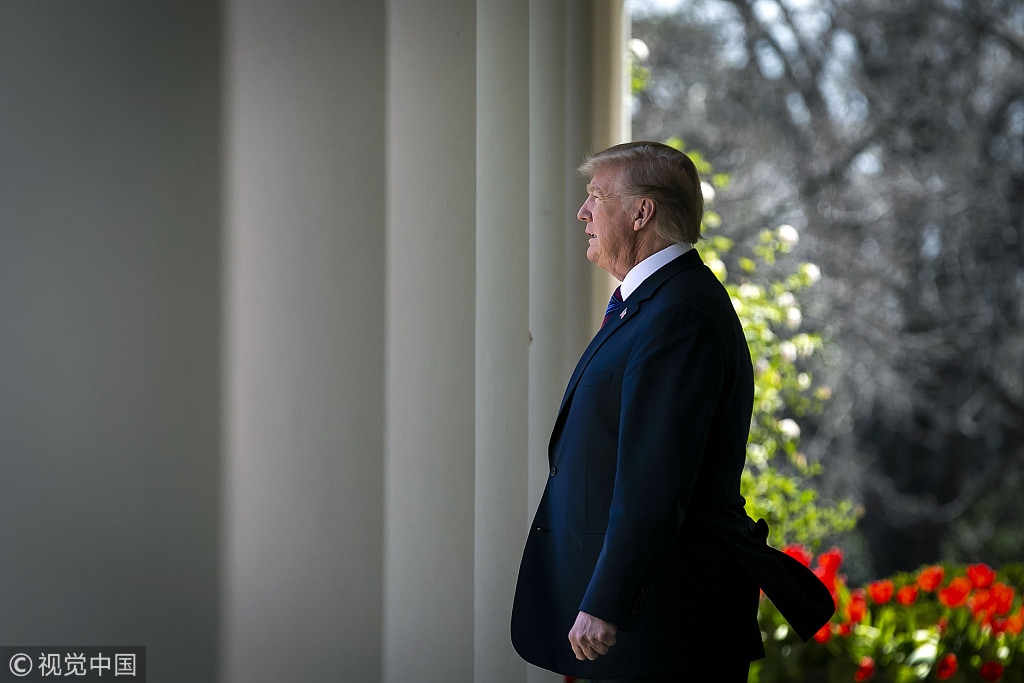 U.S. President Donald Trump arrives to speak during an event on tax policy in the Rose Garden of the White House in Washington, D.C., U.S., April 12, 2018. /VCG Photo

U.S. President Donald Trump arrives to speak during an event on tax policy in the Rose Garden of the White House in Washington, D.C., U.S., April 12, 2018. /VCG Photo

Yet trade policy is certainly not irrelevant to the global economy. Far from it. As Trump chases a chimera, the world economy has become more unstable, and relations between the U.S. and most of the rest of the world have palpably worsened. Trump himself is held in disdain in most places, and respect for U.S. leadership has plummeted worldwide.
Of course, Trump's trade policies not only seek to improve America's external balance, but also represent a misguided attempt to contain China and even to weaken Europe.
This objective reflects a neoconservative worldview in which national security reflects a zero-sum struggle among nation-states. The economic successes of America's competitors are deemed to be threats to American global primacy, and thus to American security.
These views reflect the strands of belligerence and paranoia that have long been a feature of American politics. They are an invitation to unending international conflict, and Trump and his enablers are giving them free rein.
Seen in this context, Trump's misconceived trade wars are nearly as predictable as the macroeconomic imbalances they have so spectacularly failed to address.
Copyright: Project Syndicate, 2019.
(If you want to contribute and have specific expertise, please contact us at opinions@cgtn.com)