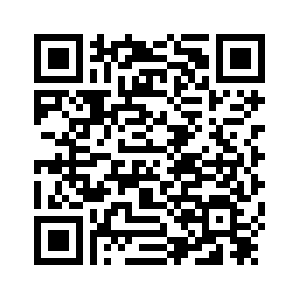 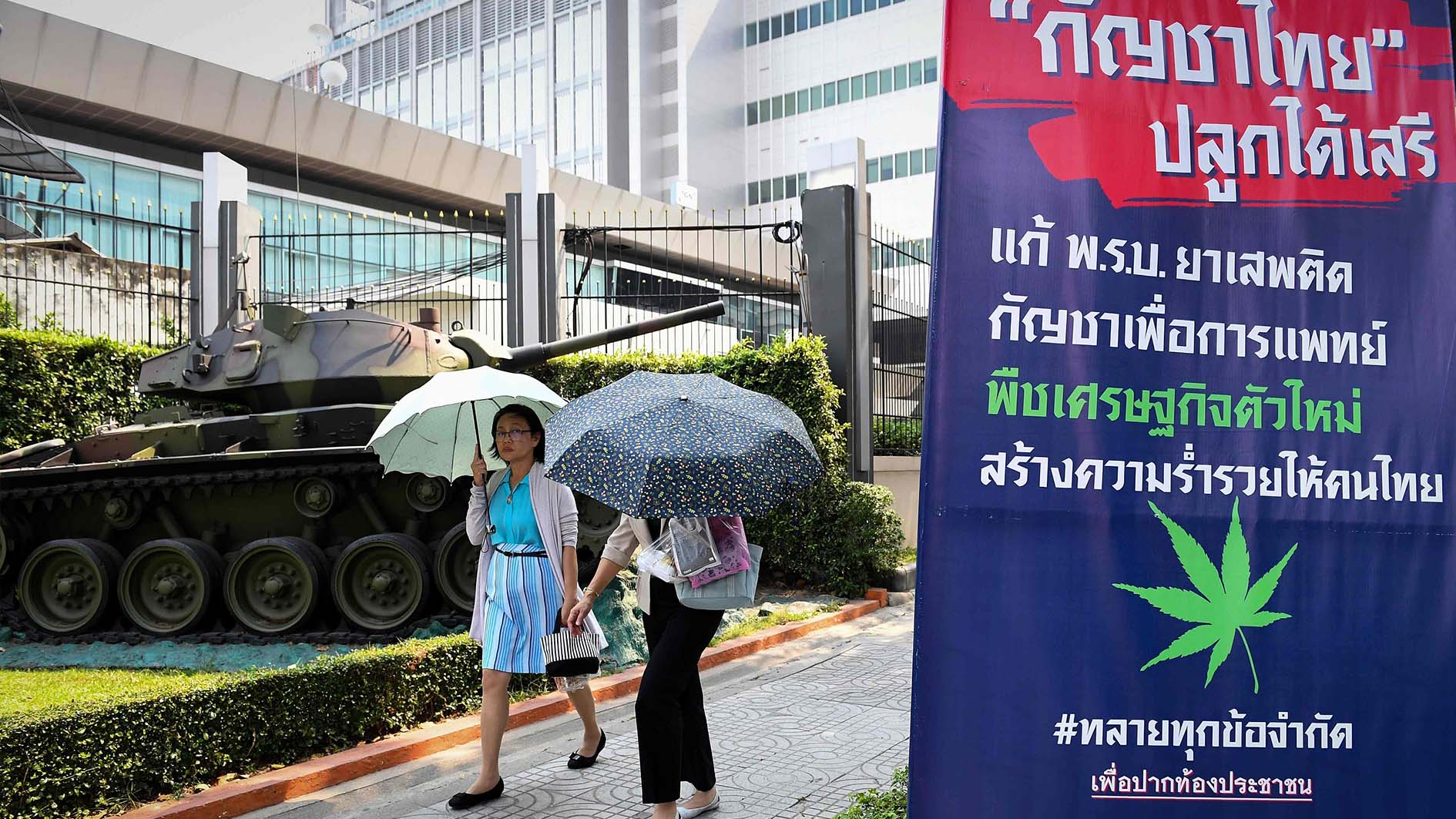 Thailand is performing an astonishing U-turn in its policy on drugs.
Seventeen years ago, the Thai government launched a vicious war against narcotics that left thousands dead.
Today it has legalized the use of marijuana for medical purposes, and appears to be seriously considering legalizing cannabis cultivation for recreational use.
But things are changing slowly and discreetly.

At the Highland Research and Development Institute, a research farm in the rolling hills of Chiang Mai, Dr. Sarita Pinmanee keeps her large field of cannabis plants hidden by a tall green fence.
However, the spiky leaves and thick pungent buds are unmistakable.
The variety she's currently growing is very low in TCH, the chemical compound that induces a "high." Instead it has been bred for its toughness, with the fibers of the stem used to make rope, and, in a recent innovation, added to concrete for greater strength. 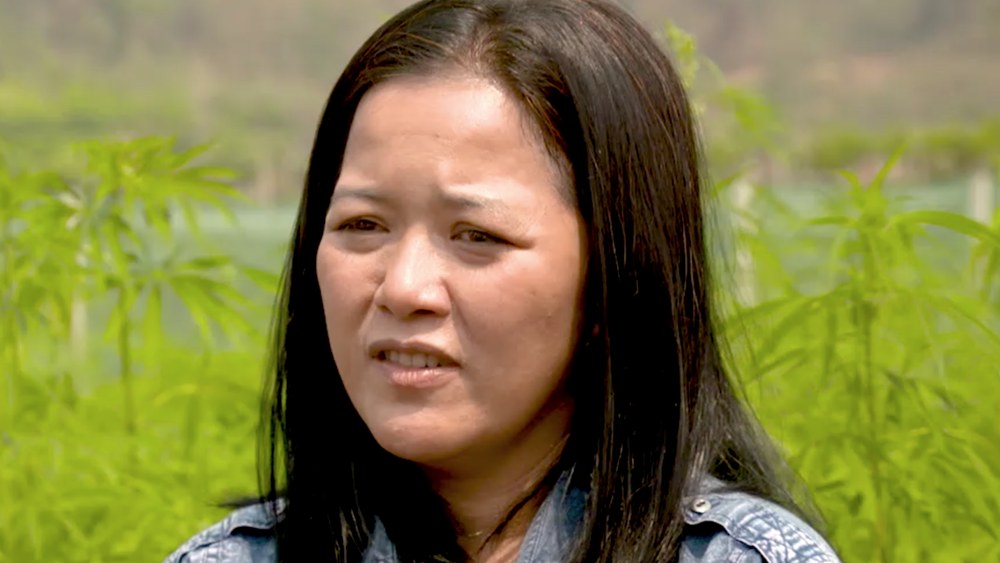 Dr. Pimanee has concluded that all strains of the cannabis plant thrive in Thailand's tropical climate.
"Depending on the breed, you can grow and harvest it all year round and use the plant for all sorts of different products," she said, pointing to the fact that if pruned carefully, one plant alone can produce several thousand grams of marijuana buds every year with the bright sun and monsoon downpours.
Inside her greenhouses, kept under lock and key, are more potent varieties.
Some have been bred to yield oil which, beyond its medical uses, is high in omega 3 and omega 6 and could well be used as a new "superfood."
At the moment, she says, they're careful to avoid the strains of marijuana enjoyed for recreational consumption, but she's sure that they would thrive in this lush environment.

Anutin Charnvirakul leads Bhumjaithai, a medium-sized political party in the rural northeast of Thailand.
His constituents have been hit hard in recent years by floods, droughts and international commodity prices that have forced the price of rubber and rice down to record lows.
His party's solution was weed.
In the recent election campaign, Bhumjaithai's posters were distinct for their prominent placement of a bright green spiky cannabis leaf.
Their campaign platform promised to pass legislation that would allow each household to grow six plants per family, enough to produce several kilograms of marijuana a year. 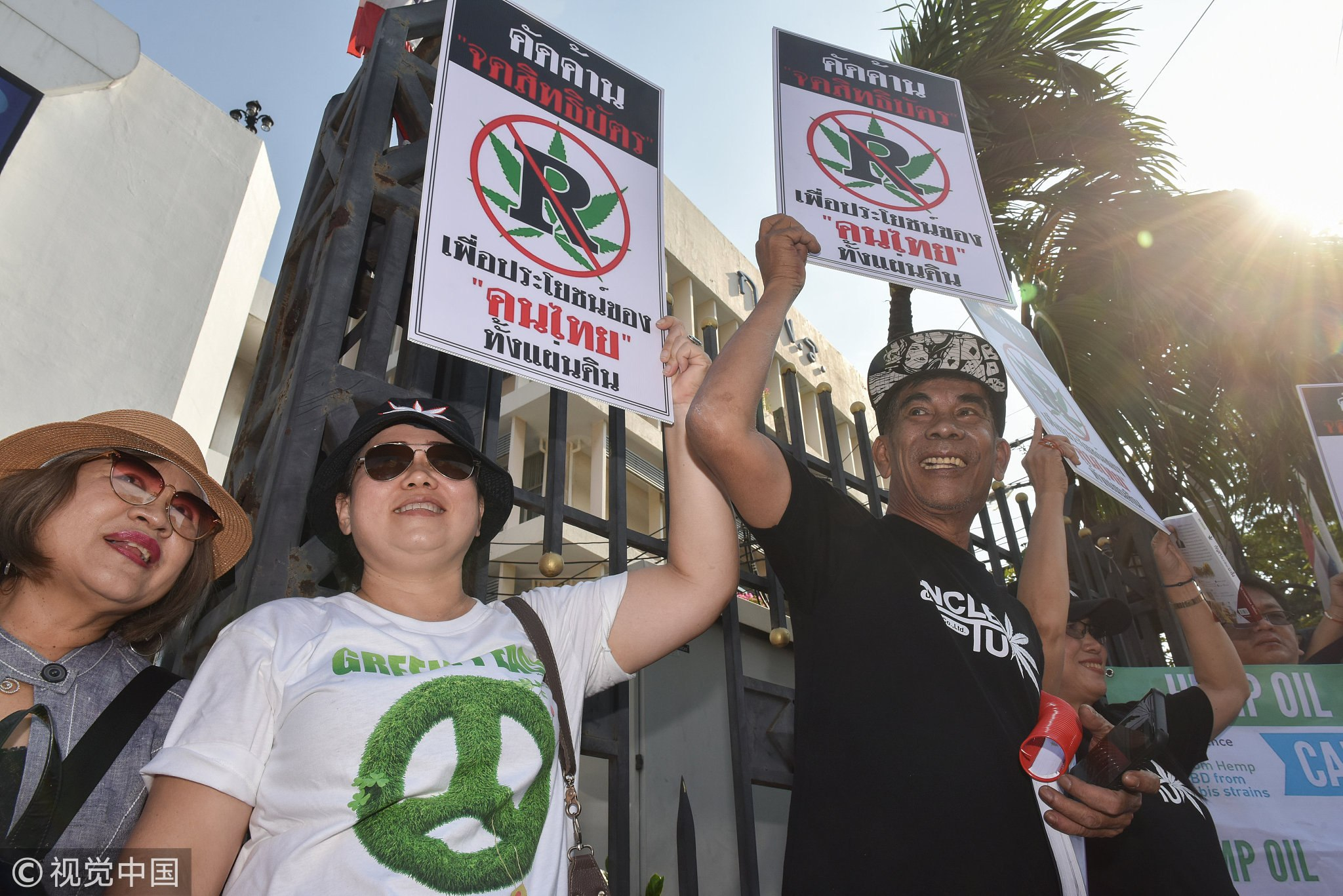 Thai activists, who use marijuana therapy, hold placards as they gather during a campaign for the legalization of medical marijuana near the Government House in Bangkok, November 20, 2018. /VCG Photo

Thai activists, who use marijuana therapy, hold placards as they gather during a campaign for the legalization of medical marijuana near the Government House in Bangkok, November 20, 2018. /VCG Photo

To some, that might sound like the headline-catching policy of a fringe party, but it worked.
Bhumjaithai got 10 percent of the vote and 51 parliamentary seats, far better than expected.
And because of Thailand's complicated political landscape, Bhumjaithai will be the kingmakers in the new parliament, currently being courted by both potential governing coalitions.
Charnvirakul has stated publicly that any coalition they join must agree to push for the legal cultivation of cannabis.

Jim Plamondon is getting ready for that day.
An American who used to work in the software industry in Silicon Valley, Plamondon now works for the Thailand Cannabis Corporation, a company that advises businesses and other organizations about potential markets for cannabis.
At the center of their thinking is a very basic cost analysis.
Currently marijuana is cultivated in expensively heated and lit facilities on the Canadian tundra and along the coast of California, at an approximate cost of 71 U.S. cents per gram.
In Thailand, it's estimated that those costs could come down to 5 cents per gram. 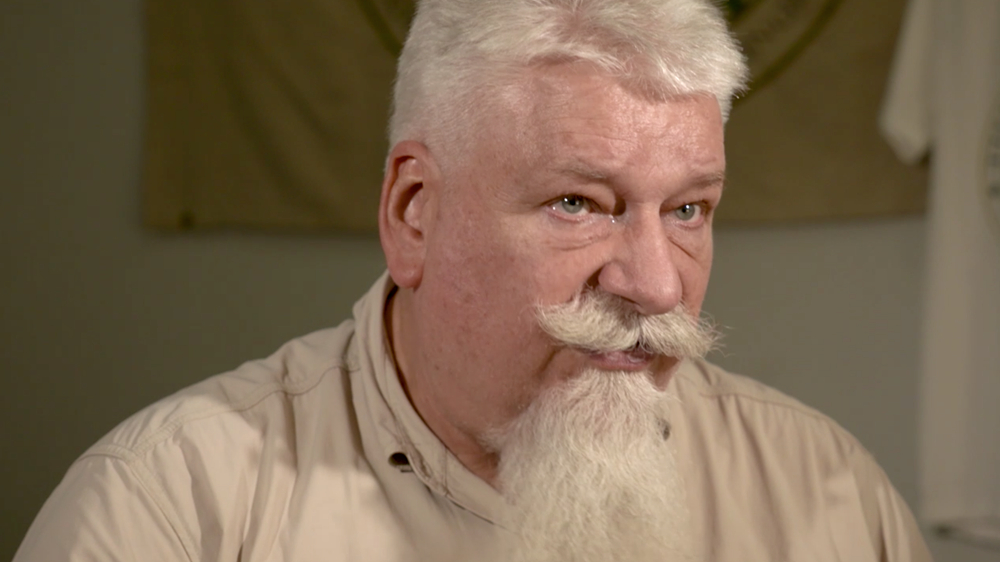 Jim Plamondon sits for an interview with CGTN. /CGTN Photo

Jim Plamondon sits for an interview with CGTN. /CGTN Photo

Furthermore, Thailand is well placed in the global supply chain, with expertise in all the areas that cannabis would be marketed in.
"We have the best strains, the best climate. We've got an entire supply chain, not just of cannabis, but also the products that cannabis goes into," said Plamondon.
"Cosmetics, topical creams, edibles, packaged food and beverages, pharmaceutical medicines, Thailand exports a lot of pharmaceuticals. So everything cannabis is likely to go into, Thailand already exports."

Things are not likely to change soon.
Despite legalizing medical marijuana last year, Thailand still hasn't awarded any licenses to producers, nor distributed the guidelines to doctors about how it will be prescribed, although the list of 38 ailments that can be treated with marijuana is far more liberal than that in most Western countries.
Thailand's neighbors may also object.
Malaysia, Singapore and Indonesia all have strict legal codes that prohibit any marijuana use, and the Philippines is currently waging an extremely bloody war against drugs in which over 5,000 people have died.
But that is a battle that Thailand fought and lost, and the changing attitude toward marijuana now seems to be that it's better to make love than war.