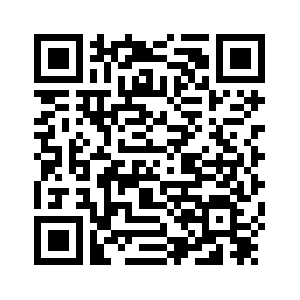 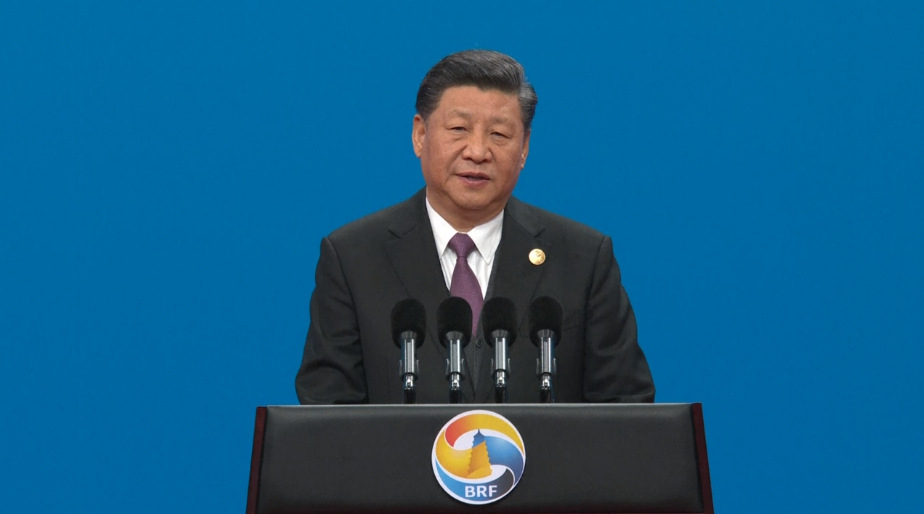 Editor's note: Einar Tangen is a CGTN current affairs commentator. The article reflects the author's views, not necessarily those of CGTN.
In 2017, Xi laid out a blueprint for the Belt and Road Initiative, based on four principles: peace and cooperation, openness and inclusiveness, acceptance and understanding, and mutual benefit.
The principles were part of a vision of a world that needed to be more inclusive, mutually beneficial and physically, ideologically, financially connected, if the world was going to deal with the existing and growing disparities in economic and social development. His closing advice was that every journey begins with a first step.
Today, two years later, the blueprint has evolved into a plan that is ready to be implemented. The structure of the plan incorporates the first four principles, the initial vision and adds an emphasis on transparency, honesty, consultation, contribution, respect for intellectual property and ecological, social, economic and political sustainability, held together with domestic and international laws and bodies based on sustainable mutually beneficial goals.

Xi committed China to being transparent in its means and methods, the means by which decisions would be made through consultation based on sustainable mutual benefits and the methods, by which these decisions would be carried out with honesty. China's efforts to confront and eradicate corruption have been far-reaching and will continue. 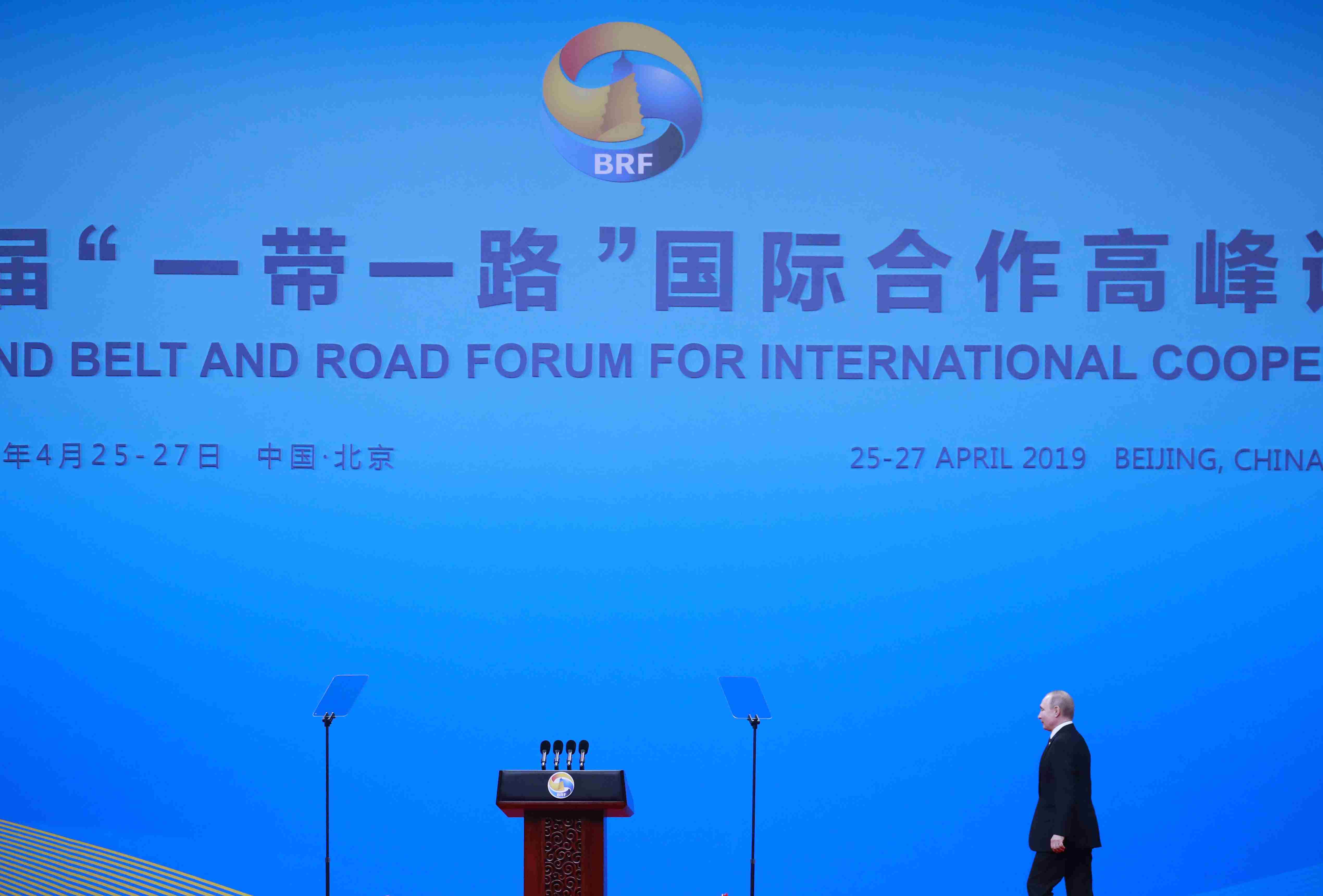 Russian President Vladimir Putin walks onstage to deliver his speech for the opening ceremony of the Belt and Road Forum for International Cooperation (BRF) April 26, 2019 in Beijing, China. /VCG Photo

Russian President Vladimir Putin walks onstage to deliver his speech for the opening ceremony of the Belt and Road Forum for International Cooperation (BRF) April 26, 2019 in Beijing, China. /VCG Photo

Xi acknowledged and embraced the notion that the world is multi-lateral and will require a consensus rather than corporate agreement mechanism going forward. In line with China's non-interference policies, this recognizes that the strength of international relations between sovereign nations is based on consent not coercion.

This recognizes that while China can take the first step, the success of the BRI will depend on its members. China does not have the financial means to pay for the BRI by itself and is looking for those who will benefit to contribute. By contributing, these nations will be bound closer together and thereby strengthen their cooperation and unity of interests.

Xi wants the world to recognize that China's emphasis on innovation and technology, as a means of upgrading its economy, depends on the protection of Intellectual Property. He went one step further and committed China to sharing its intellectual property through a four point process of scientist, technology, laboratory and science park exchanges with other members of the BRI. The program, funded by China, will exchange 5,000 talented scientists from every level of China's technological development.

The necessity of Green Development is crucial to China's world view that Climate Change is real and that governments must do what is necessary to maintain the environment or suffer the consequences.
Xi announced a number of new funds and initiatives that will review proposed and existing projects in terms of their environmental impact and propose and fund needed ecological projects as proposed. He proposed more cooperation and information sharing through “Big Data” and “Green Tech” to facilitate sustainable cities. Then applying these best practices to the development along the Silk Road.

This was an important addition to the BRI this time, to counter the social and economic disparities which allow some unlimited access to things like medicine, clean water, jobs, education, transportation, social services and opportunity, while others have more than they need.
It is impossible to imagine a world where the rich grow richer while the middle classes and the poor get less. Although he did not mention the specifics he made it clear that this was the main threat to the world's stability and sustainability. To address this he proposed building cultural bridges between the BRI governments, educational institutions and people through a 10,000 person exchange program on everything from good government, to health to archaeology. China will also continue its scholarship exchanges which allow students and professors to learn and teach. 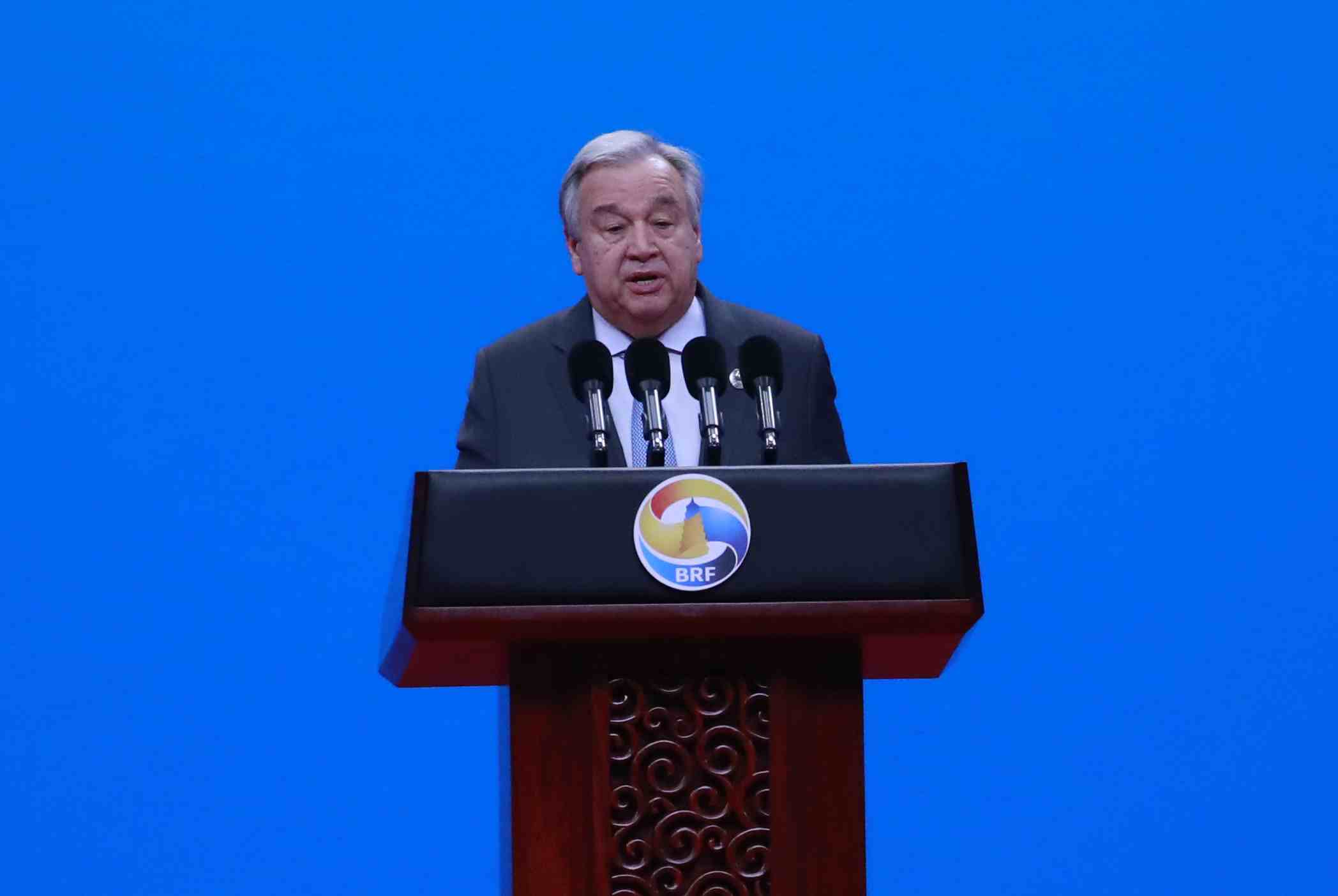 The key to social stability is the rule of law, not only as is applies to intellectual property, but as it applies to trade and development. Xi promised that the RMB would not be weaponized to “beggar neighbors” but be a beacon of stability as means of encouraging trade and development.
That the barriers to trade, restricted market access, tariffs and needless bureaucracy would be taken down, allowing businesses and individuals to be treated equally. He pledged to open China's markets to the world as a means of balancing its trade surpluses and providing an impetus to the world economy. In line with this he promised to end over production, curb debt, reform state led institutions and encourage innovation.

In his explanation of why countries should be drawn to the BRI, Xi highlighted the economic disparities that threaten the stability of individual countries, regions and the world.
His belief is that trade and development can provide jobs and stability. His solution is to take the WTO one step further and provide the physical infrastructure that will allow people to connect themselves to the global economy both as contributors and consumers.
The key to this is creating the political support for sustainable efforts. To do this Xi has said China will create people-centered policies that are codified into rules and laws that apply domestically and internationally, support existing institutions, like the WTO, by advocating for meaningful reform and where necessary creating new bodies that can frame and oversee political and economic agreements and processes. To do this will require supervision and audits of each process both for transparency and efficiency.
In referencing New China's 70th anniversary, Xi referenced its founding goals of equality and fairness, goals he sees as relevant today as they were then.
(If you want to contribute and have specific expertise, please contact us at opinions@cgtn.com)