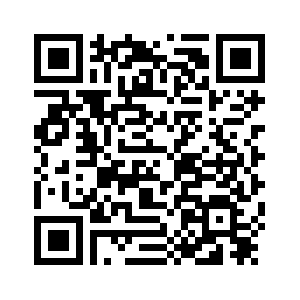 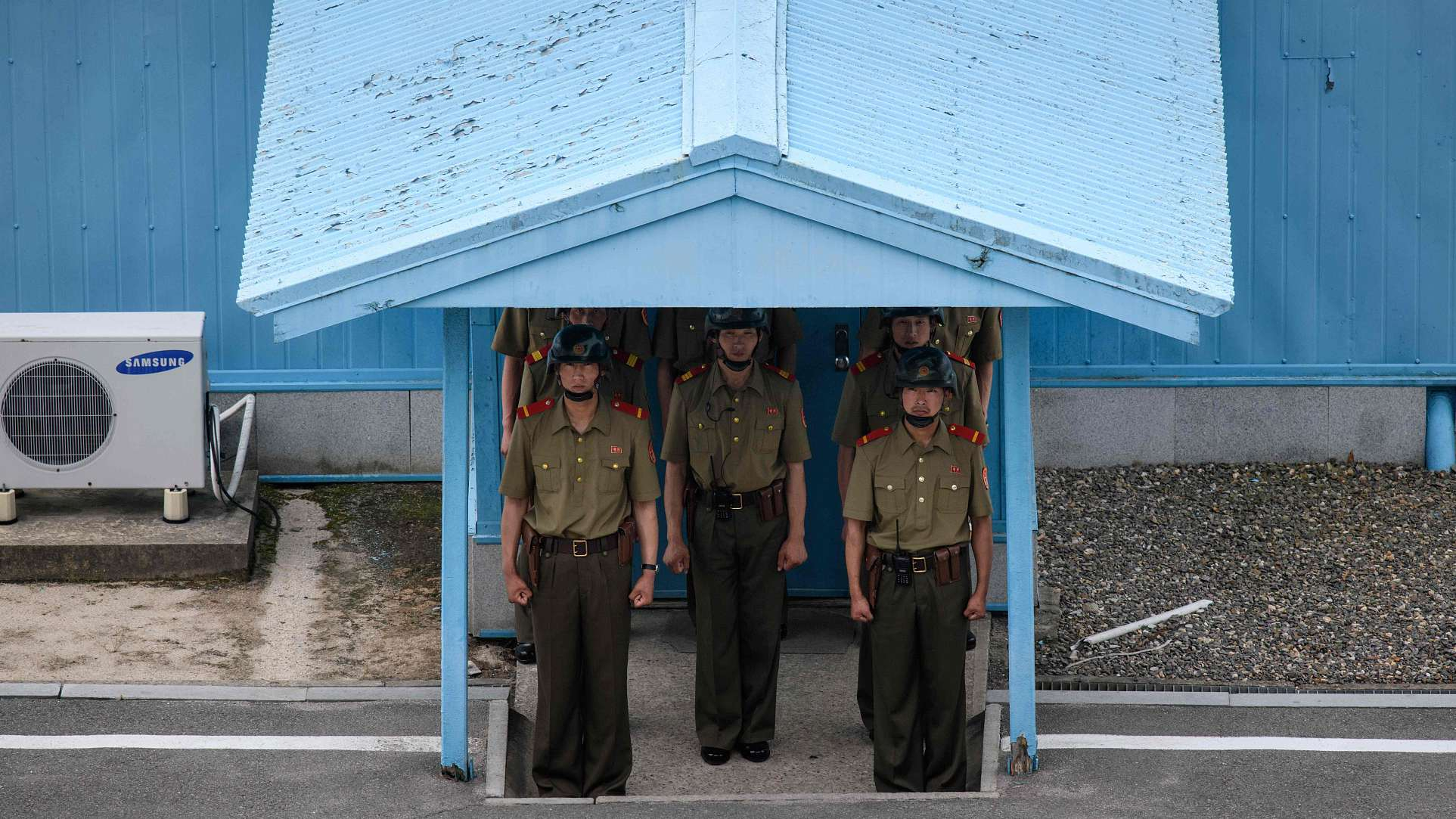 The Republic of Korea (ROK) is considering withdrawing some troops from its border zone with the Democratic People's Republic of Korea (DPRK) as a confidence-building measure after their landmark summit, the defense ministry said on Tuesday.
The ministry said it would withdraw some soldiers and equipment from guard posts inside the Demilitarized Zone (DMZ) on a trial basis, and consider a gradual expansion of the pullout later.
“We will push for plans for a full-scale withdrawal in sync with surveys of historical remains and ecological features,” it said in a report to parliament. 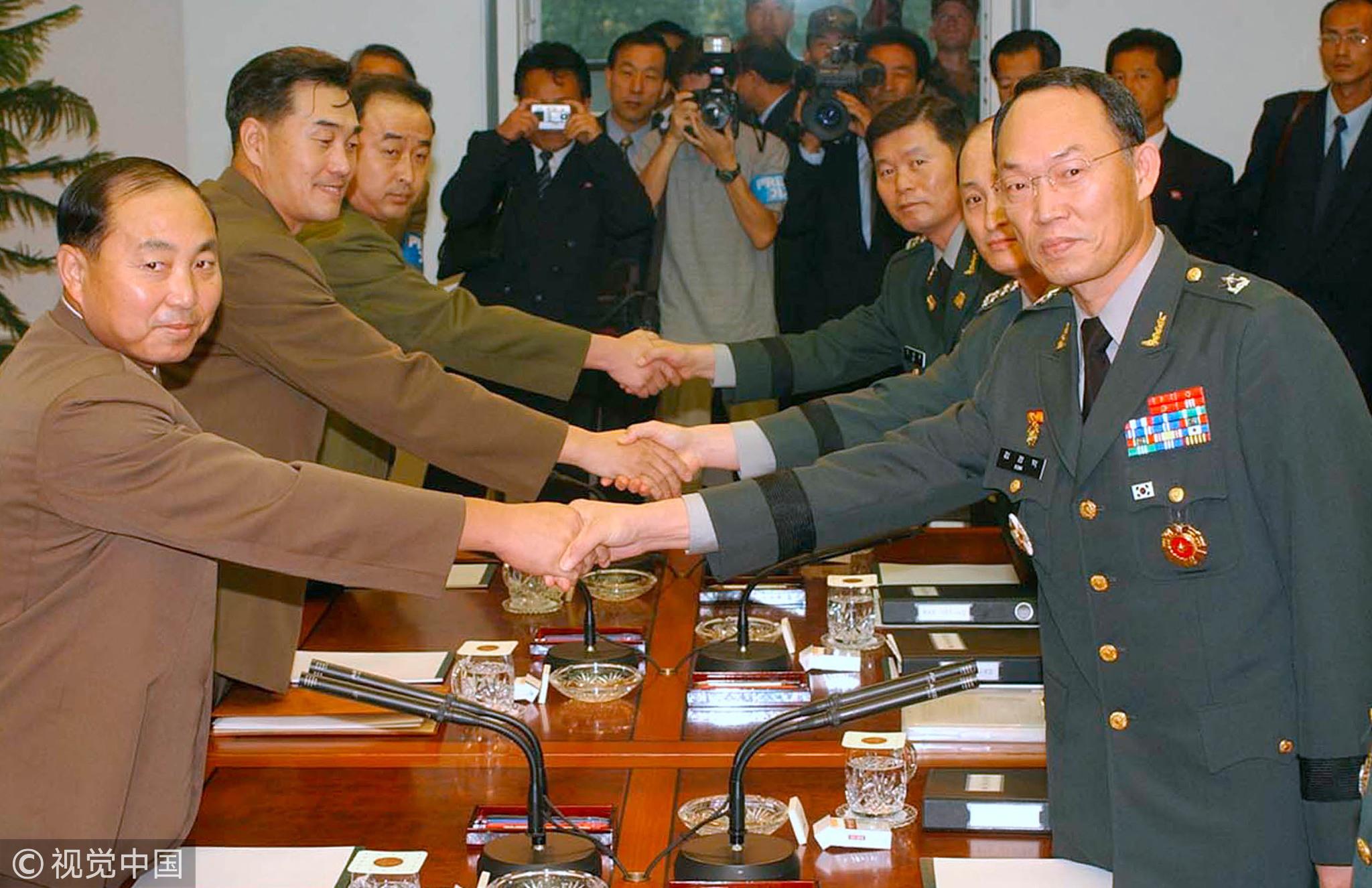 The Korean War lasted from 1950 to 1953 and ended with an armistice rather than a peace treaty, leaving the two Koreas technically at war. The DMZ was designated as a buffer zone but the areas to the north and south of it are heavily fortified.
At their April summit, DPRK leader Kim Jong Un and ROK president Moon Jae-in agreed to cease all hostile acts and turn their border into a “peace zone”.  Also under consideration is a joint program with the DPRK and the United States to exhume the remains of the war dead buried in the DMZ.
Read more:
One month on: Who is doing more to implement Panmunjom Declaration?
The zone bisects the Korean Peninsula and is about 4km wide. It includes a Joint Security Area (JSA) around the truce village of Panmunjom, which is where negotiations take place.
The ministry also said Seoul was reviewing plans to reduce guard personnel and firearms in the JSA, “based on the spirit of the armistice agreement”.
The DPRK’s diplomatic overtures began earlier this year with its participation in the Winter Olympics in the South. In June, Kim held a historic summit with US President Donald Trump in Singapore at which he reaffirmed his commitment to working towards the “denuclearization of the Korean Peninsula”.
Read more:
Trump, Kim wrap up one-day summit, historic document signed
Full text: Trump and Kim's joint statement
Besides demilitarizing the DMZ, the two sides also agreed during the April summit to "adopt practical steps towards the connection and modernization of the railways and roads" across their border. During the working-level talks last month, Pyongyang and Seoul agreed to jointly conduct inspections on the railways running in their western region and along the eastern coast. 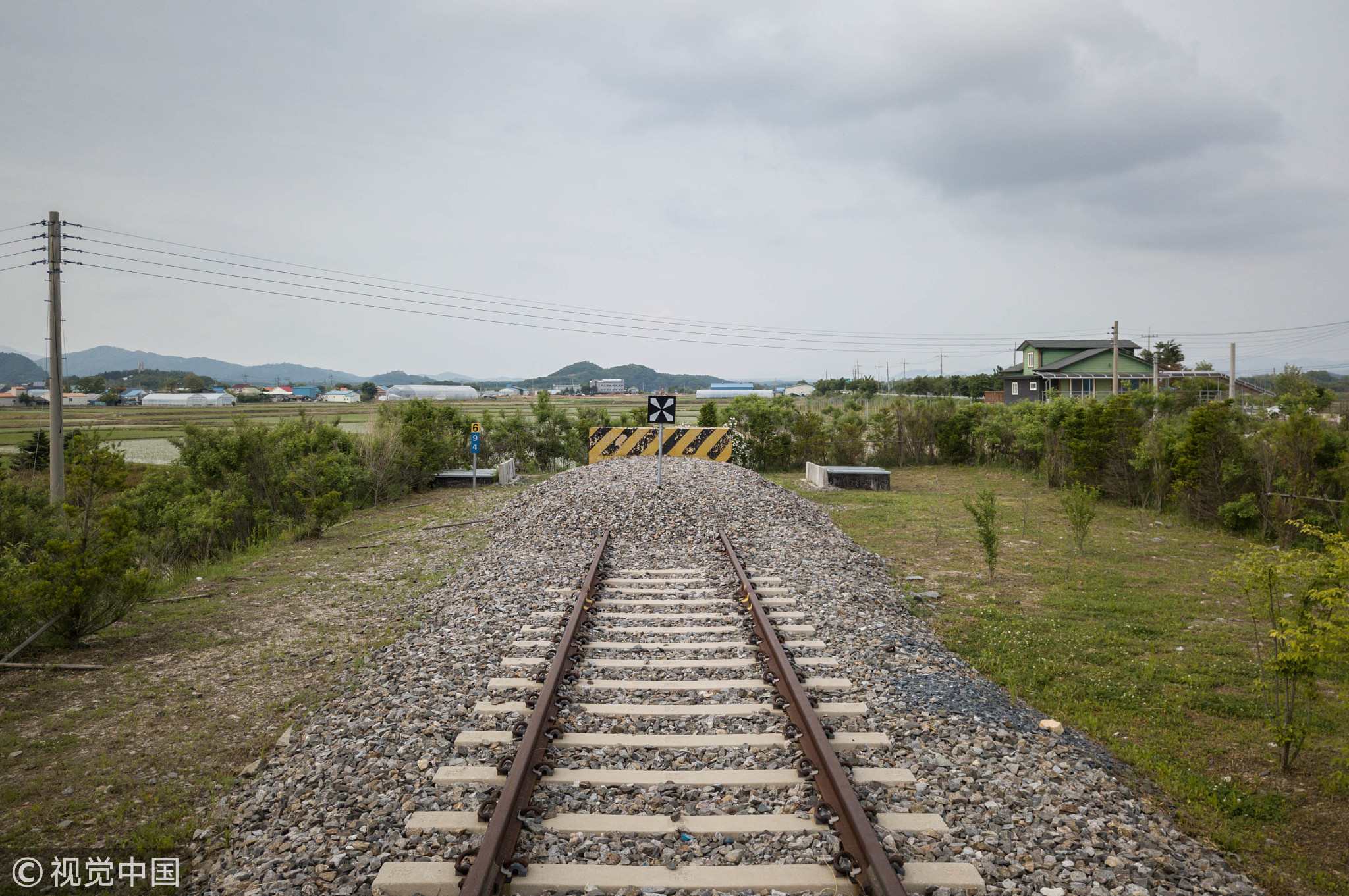 May 29, 2018: A photo shows a general view of the northernmost limit of the Gyeongwon railway line at Baengmagoji station in Cheorwon near the Demilitarized Zone (DMZ) separating DPRK and ROK. /VCG Photo

May 29, 2018: A photo shows a general view of the northernmost limit of the Gyeongwon railway line at Baengmagoji station in Cheorwon near the Demilitarized Zone (DMZ) separating DPRK and ROK. /VCG Photo

On Tuesday, a group of ROK officials visited the DPRK to inspect the connected railway lines, according to the ROK's official Yonhap News Agency.
One particular railway runs from the DPRK's border town of Kaesong to the Military Demarcation Line (MDL) that separates the two sides.
Following this inspection, the DPRK and ROK intend to hold their first joint research team meeting soon, Yonhap reports. Both sides are expected to exchange views and determine the dates for more inspections on other sections.
The completion of the railways has been seen as a closing of the gap between the two sides.
In addition, both Pyongyang and Seoul are moving a step closer to the China-proposed Belt and Road Initiative, which will enable rail transportation between the ROK and Europe.
(With input from AFP)