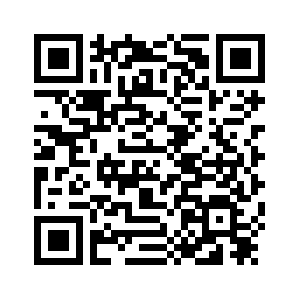 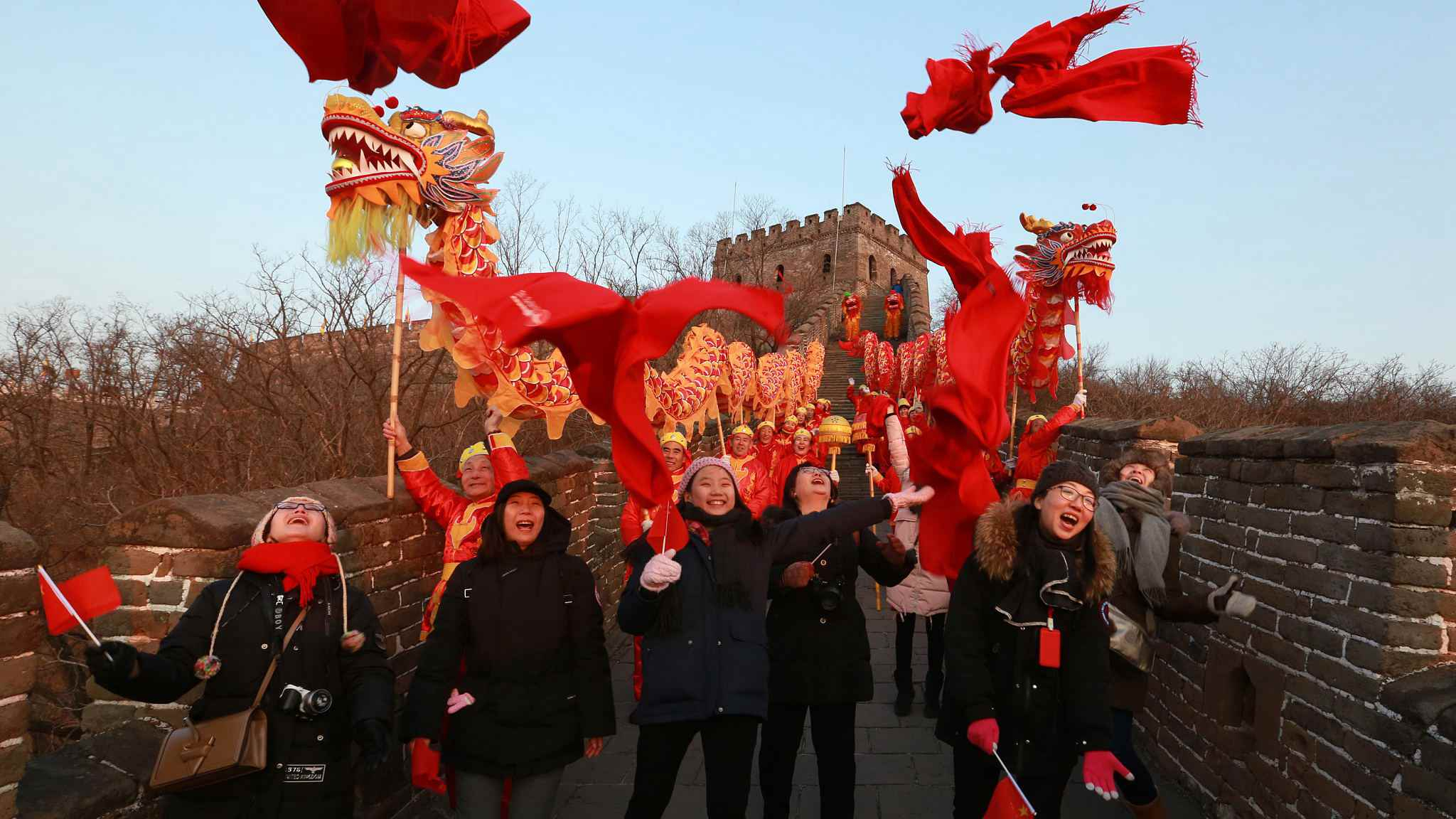 Editor's note: Manisha Chakraborty is a freelance Indian journalist. The article reflects the author's opinion, and not necessarily the views of CGTN.
The New Year demands a new voice for a more prosperous and peaceful future. As English poet T.S. Eliot uttered in his poem “Little Gidding”: “For last year's words belong to last year's language and next year's words await another voice.”
And truly, the whole world heard the new inspiring voice from Chinese President Xi Jinping's New Year address for 2019 on the eve of the New Year, which is peaceful and encouraging to the international community at a time when the international landscape and balance of power have evolved profoundly.
The world faces so many challenges, and also wants to hear China's voice and see China's solutions for major issues in times of change. 2018 was of extraordinary significance to China as the year marked the landmark 40th anniversary of the reform and opening-up. 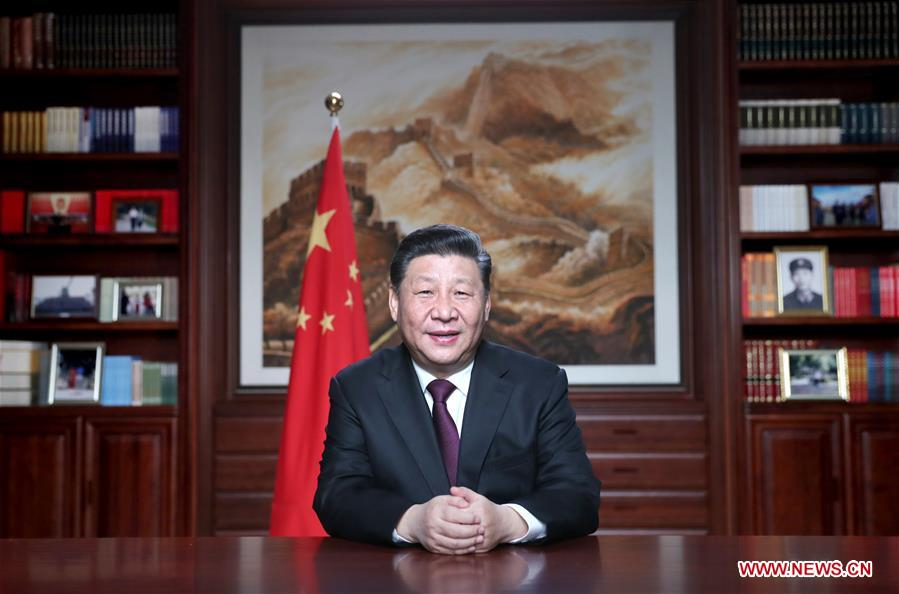 Facing the foggy weather of U.S. trade protectionism, without mentioning the current Sino-U.S. trade dispute in his speech, Xi portrayed a global China, saying that “China's reforms will never stop, and its doors will only open ever wider.” Surely, it is a fitting reply to those who resort to protectionist trade agenda in the name of "national security" and "fair trade."
Since Xi was elected president, he has given a New Year speech each year for five consecutive years. In his address, President Xi reviewed the achievements of China in 2018 that have had a profound impact on the country and also the rest of the world.
President Xi touched upon an array of topics, including poverty alleviation, politics, scientific achievements, space and engineering achievements, economic reforms, with special mention of the 70th anniversary of the founding of the People's Republic of China to be celebrated in 2019.
But above all, the well-being of the Chinese people in all respects took center stage in Xi's New Year speech, which surely reflects his administration's “people first” governance principle.
Like previous years, “poverty alleviation” was an important highlight of Xi's address. So many optimistic messages have come out from his speech. He informed that 125 poor counties and 10 million poverty-stricken rural residents were lifted out of poverty in 2018. Xi's speech signals China's road for the future with a determination to finally eradicate poverty by 2020, which will be a landmark event of great significance in human history.
More importantly, thousands of Chinese cancer patients' heartbreaking sagas have attracted the attention of the Chinese government to bring down the prices of 17 anti-cancer drugs and take greater efforts to ensure their supply. Surely, low-cost, lifesaving medicine will provide the ray of hope to the lives who are "Dying to Survive.”
There is no doubt that 2018 was a landmark year in the development of the Communist Party of China (CPC) and the country, with remarkable achievements fulfilled in all areas of socialism with Chinese characteristics. Xi added that China launched over 100 reform measures and initiated a “comprehensive and systematic overhaul of both Party and State institutions,” adding China's determination to safeguard its national sovereignty and world peace.
All these showed the Chinese government's resolve to carry through the cause of reform and opening-up in the new era that will provide Chinese people with a stronger sense of fulfillment, happiness, and security.
When the world experienced zigzag economic recovery, China witnessed smooth economic development with a GDP growth of 6.5 percent in 2018, and “pushed our (China's) economy towards high-quality development, sped up the replacement of the old drivers of growth,” backing up a promising market. It's encouraging to hear that over 13 million have found jobs in urban and rural areas. 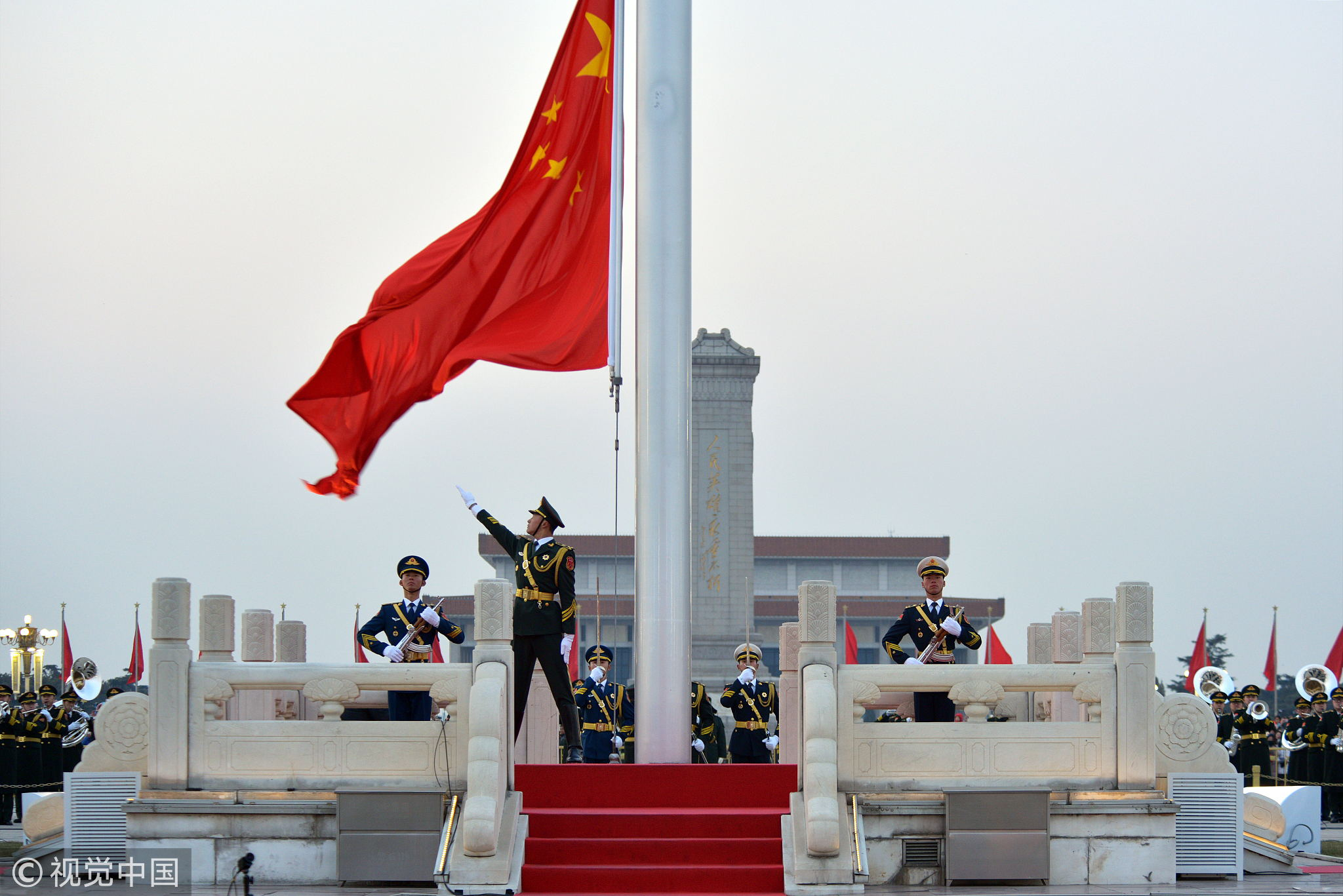 President Xi mentioned in his speech some major events in China, ranging from the Boao Forum for Asia to the Shanghai Cooperation Organization Summit in Qingdao, as well as the Beijing Summit of the Forum on China-Africa Cooperation and the first China International Import Expo in Shanghai.
Needless to say, through these events and diplomatic talks with other world leaders in five continents, China has displayed its self-confidence, inclusiveness, and responsibility in times of change. Xi's speech exhibited China's advocacy for peace, development, mutual benefit and openness. As he noted, “We enhanced mutual trust, and we enlarged our circle of friends.”
Xi said China's great achievement of development was made by the people and for the people. Indeed, without the great contributions of all ordinary Chinese people, including “deliverymen, street cleaners and taxi drivers,” the extraordinary transformation of China during the past four decades couldn't have happened.
As such, Xi urged, “We will carry forward our unprecedented great cause one resolute step after another, and leave enduring footprints behind us” for achieving the country's two centenary goals and the Chinese dream of national rejuvenation by 2020.
In the past year, China has made progress in all its undertakings, especially in its mega-projects, such as the cross-border sea-crossing Hong Kong-Zhuhai-Macau Bridge, which, being the world's longest of its kind, has showcased the country's engineering prowess and innovation. 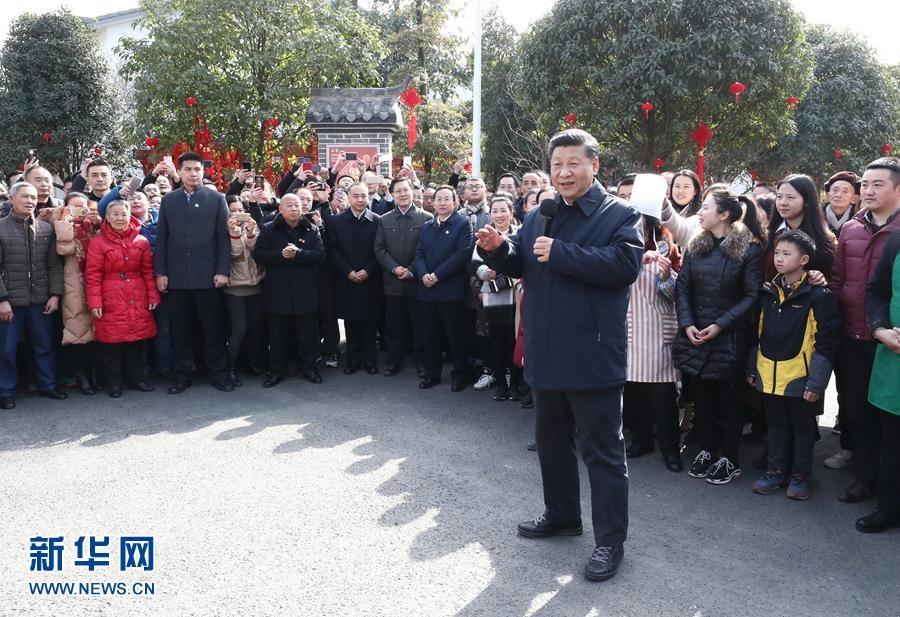 He also mentioned how China's space program soared to new heights with the launch of the Chang'e-4 lunar probe into space and the success of China's homegrown BeiDou-3 Navigation Satellite System, which 1.4 billion Chinese should be proud of.
In his address, President Xi also made it clear that China will actively promote international cooperation through the Belt and Road Initiative (BRI), and continue to take an active part in reforming and developing the global governance system.
Notably, after the 19th CPC National Congress, the BRI has become the foundation of China's foreign policy, putting China at the center of the global economy through new infrastructure, trade deals and other connectivity projects. As such, China is inviting more countries to join the BRI in order to build a community with a shared future for humanity with win-win cooperation.
Undoubtedly, in these uncertain times, President Xi's New Year message has injected a great sense of confidence and optimism to the 1.4 billion Chinese people and to the world.
China is eager to build world peace, to contribute to world development, to maintain international order, and to strive for mutually beneficial relationships among world players without conflict or confrontation.
(If you want to contribute and have specific expertise, please contact us at opinions@cgtn.com)