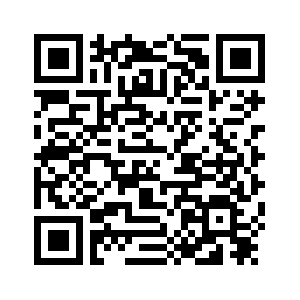 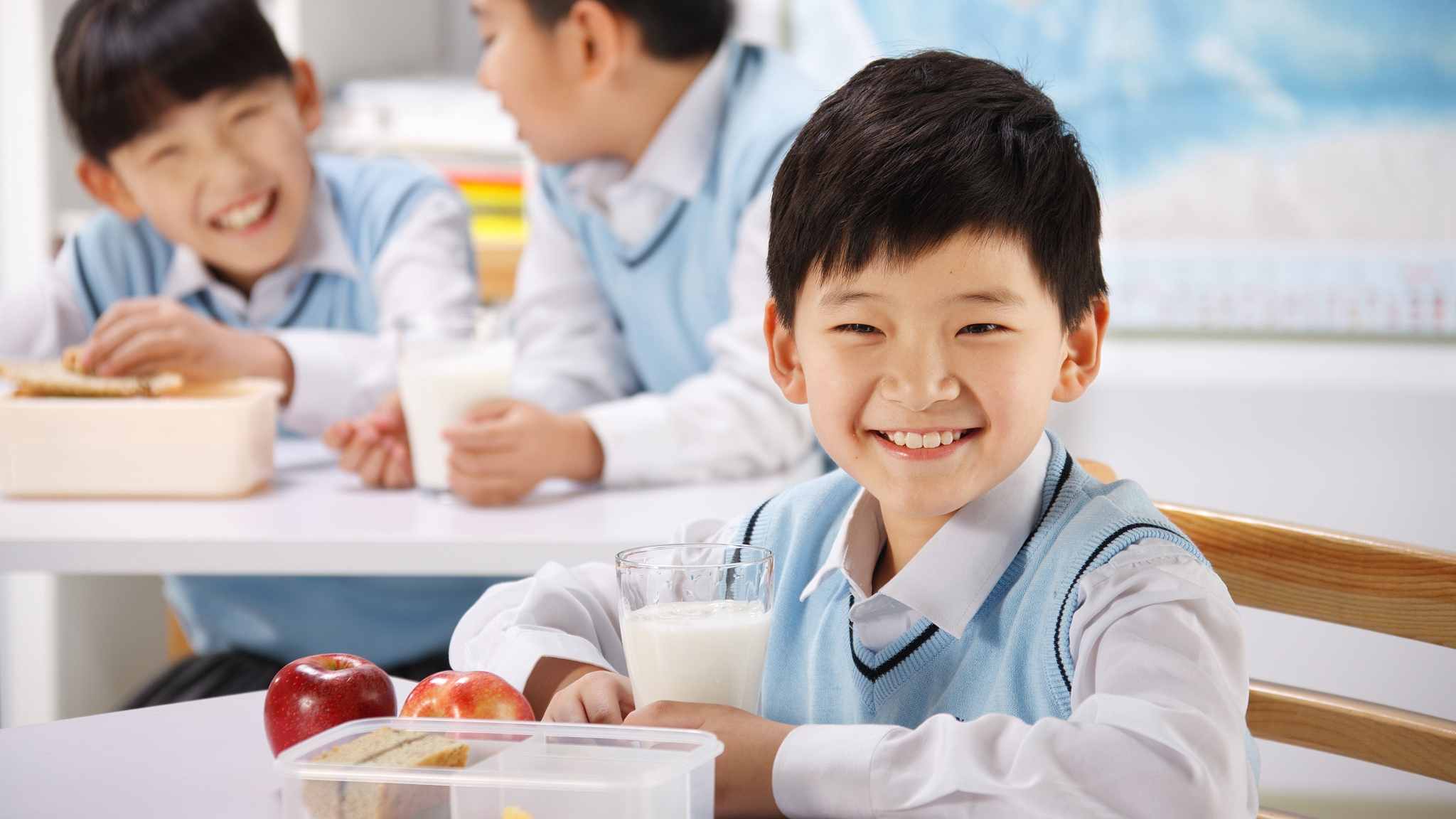 A kindergarten in southwest China's Yunnan Province is facing huge online backlash after parents found out that it was watering down the milk served to the children. This incident has once again raised public concerns about food quality in the country's kindergartens and primary schools.
In a video clip circulated on Chinese social media, the head of the kindergarten, surnamed Chen, admitted to parents that she was responsible for the decision to water down milk served to children in order to cut down on food costs. 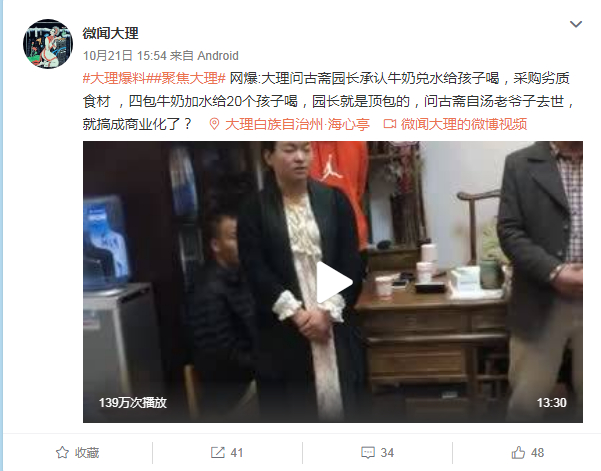 A video clip circulated on social media shows that the head of the kindergarten admits it is her decision to water down children's milk. / Screenshot from Weibo

A video clip circulated on social media shows that the head of the kindergarten admits it is her decision to water down children's milk. / Screenshot from Weibo

The head of the kindergarten was later fired by the kindergarten, announced a local tourism committee on Weibo, China's Twitter-equivalent, on November 1.
The incident was first exposed after a parent found that milk given to her child in the kindergarten was tasteless. She then took the milk for a test and discovered that the milk contained a low protein level, so she shared her concerns with other parents.
After receiving reports from parents, the local authorities in Dali City launched an investigation.
The video clip shot by parents showed Chen confessing that it was her decision to order staff members in the kindergarten to add hot water to the milk as well as buying less meat and low-quality food in order to save money.
Chen said that she owned a 30-percent stake in the kindergarten and cutting down the kindergarten's expenses was enriching her.
She added that it was totally her "own decision" and she would like to take all the "blames and curses" and promised to "never step into the educational industry" again. 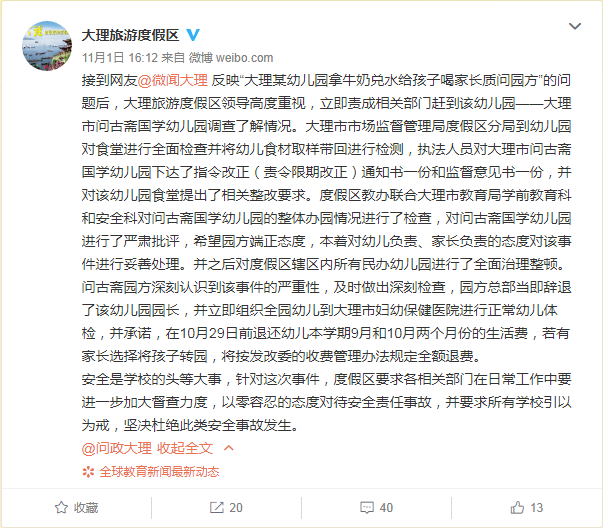 Local tourism committee releases a statement regarding the latest issue of a local kindergarten watering down the milk served to children. / Screenshot from Weibo

Local tourism committee releases a statement regarding the latest issue of a local kindergarten watering down the milk served to children. / Screenshot from Weibo

The kindergarten then fired Chen and arranged for the children to undergo health checks. For parents wanting to withdraw their little ones, they promised a full refund.
Local authorities asserted that there should be zero tolerance for safety issues, and asked all schools and kindergartens to avoid anything similar from happening again.
It is not the first time that problems with food quality have stirred debate in China. A primary school in central China's Henan Province reportedly served school children only half a bowl of dry noodles for lunch, which was way below the nutritional standard set by the local education department.