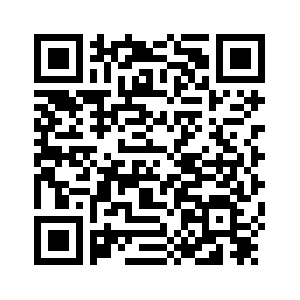 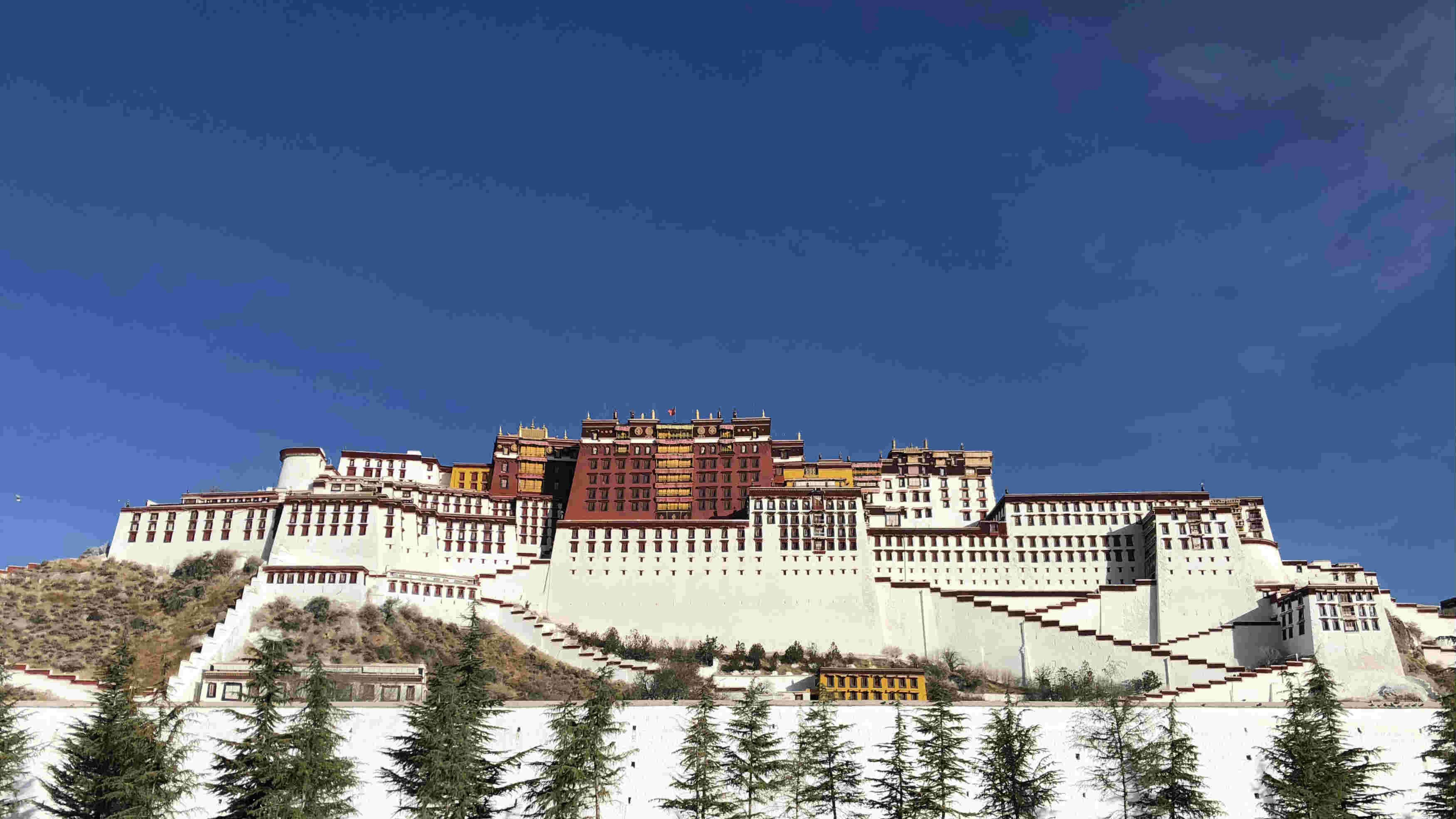 Editor's note: Dr. Yuan Sha is an assistant research fellow at the Department for American Studies of the China Institute of International Studies. The article reflects the author's opinion, and not necessarily the views of CGTN.
On Wednesday, U.S. President Donald Trump signed the “Reciprocal Access to Tibet Act of 2018” into law, which aims at promoting access for U.S. officials, diplomats, journalists and others to Tibetan areas of China. It would bar Chinese officials allegedly involved in the formulation or execution of policies limiting foreign access to the region from entering into the U.S.
Unfortunately, the U.S. decision is full of misunderstandings, biases and dangers. What reciprocal access really needs is reciprocal goodwill instead of demonization and confrontation.
Popular misperceptions of Tibet in the West
Tibet, a far-away, exotic and surreal land, conjures up the wildest imaginations of many Westerners. But some are misperceptions due to distorted depictions by the Western literature, media and government officials. Here, I list several popular misconceptions of Tibet in the West.
First, Tibet is misperceived as an independent country. There is a widespread misperception in the West that Tibet is or should be a separate country from China. The practice of some U.S. airlines and hotels to mistakenly list Tibet, along with Hong Kong, Macau and Taiwan, as countries instead of regions, is a case in point, which have drawn indignation from the Chinese people. 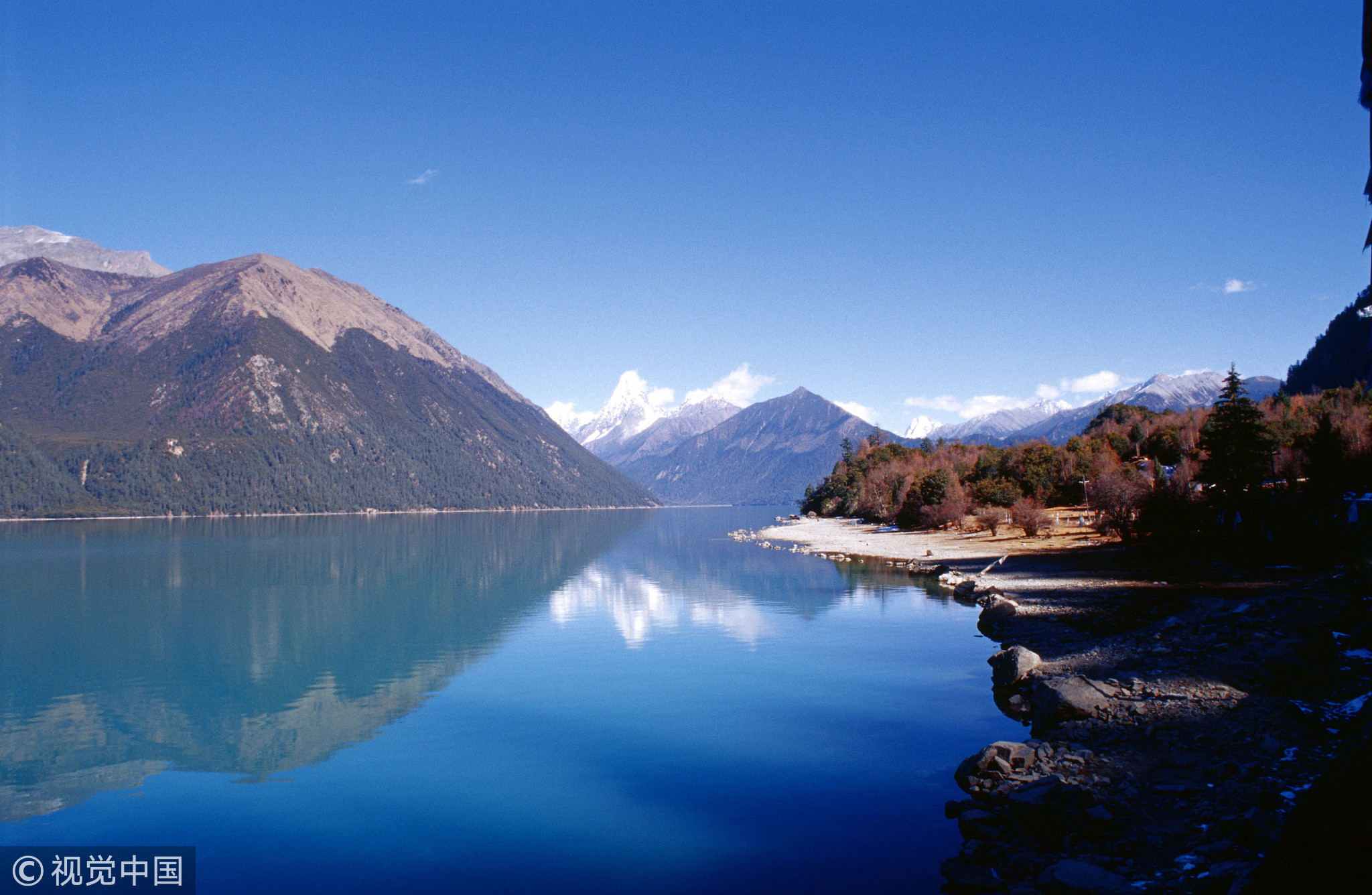 Second, Tibet is thought to be destined to stay poor, backward and cut off from the civilized world. Any effort to transform it into a richer, modern and better place is thought to be running counter to “what it is.”
Third, Tibet is seen as transcending the sovereignty of any single country. Tibet in some westerners' mind is unduly simplified and romanticized as a safe haven of unrestricted access for people all over the world.
These misperceptions are ignorant at best, and insincere and hypocritical at worst. Tibet is not a paradise for the decadent but rich Westerners to run away from their old self, cleanse their soul and relish a bygone era when life was actually “solitary, poor, nasty, brutish and short.”
A politically-charged move
You might argue that these misperceptions are unintentional and benign, but the U.S. decision is clearly ill-intentioned and malicious.
This move is based on faulty assumptions. China welcomes people from all over the world to Tibet for visit, travel and business.
Tibet, blessed with its rich culture, clean environment, historic architectures and hospitable people, has become one of the hot tourist attractions in China. According to China's Foreign Ministry, almost 40,000 Americans have traveled to Tibet since 2015.
Due to its special geographical, climate and safety factors, the Chinese government administers some regulations to foreigners entering Tibet, which is just natural, necessary and responsible.
Tibet has hosted delegations from U.S. House of Representatives and Senates many times. It is groundless to accuse China of barring foreigners and especially Americans from entering Tibet. 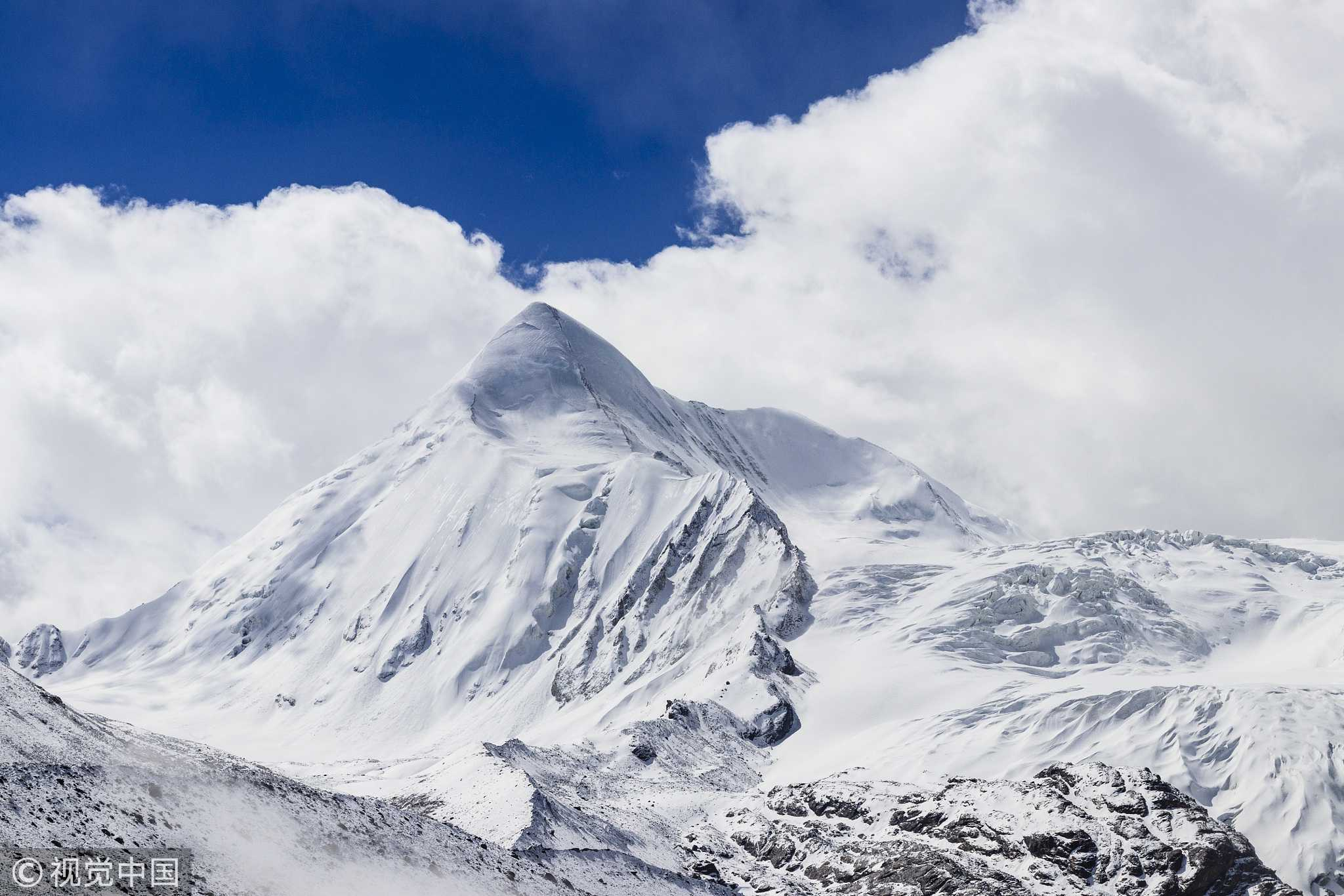 This move is a gross interference into China's domestic affairs. The U.S. is comfortable with using its domestic laws as a “long-arm” to discipline private citizens and organizations of other countries. To the contrary of U.S. accusations, it is the U.S. side that has tightened visa restrictions over Chinese nationals from traveling to the U.S.
This move would further hinder everyday people-to-people exchanges between the two countries. Therefore, China's Foreign Ministry has lodged solemn representations to the U.S. over this matter.
This move is also a blatant violation of the basic rules of international relations over respecting each other's sovereignty. By impinging on China's sovereignty over Tibet, the U.S. threatens to push China back on one of its core issues of national security, and it would put another strain on the already delicate bilateral relations.
It is also dangerous by encouraging separatists, inciting religious disputes, and instigating ethnic conflicts in China.
Reciprocity, the favorite word of the current U.S. administration, is repeatedly used as a disguise to U.S. unilateralism when conducting foreign affairs. With the rising tensions in the China-U.S. trade dispute, China hawks in the U.S. are encouraged to push for a harder line on China on almost every front. There is even talk of initiating a new “Cold War” with China.
Get to know a real Tibet
For those who are interested in Tibet, it would be worthwhile to get a better picture of this beautiful and vibrant place.
Tibet is an inalienable part of China. China's sovereignty over Tibet is indisputable and recognized by the United Nations and protected by international law. And the Tibetan people are one of the 56 officially recognized ethnic groups in China and share a common national identity with other Chinese ethnicities. 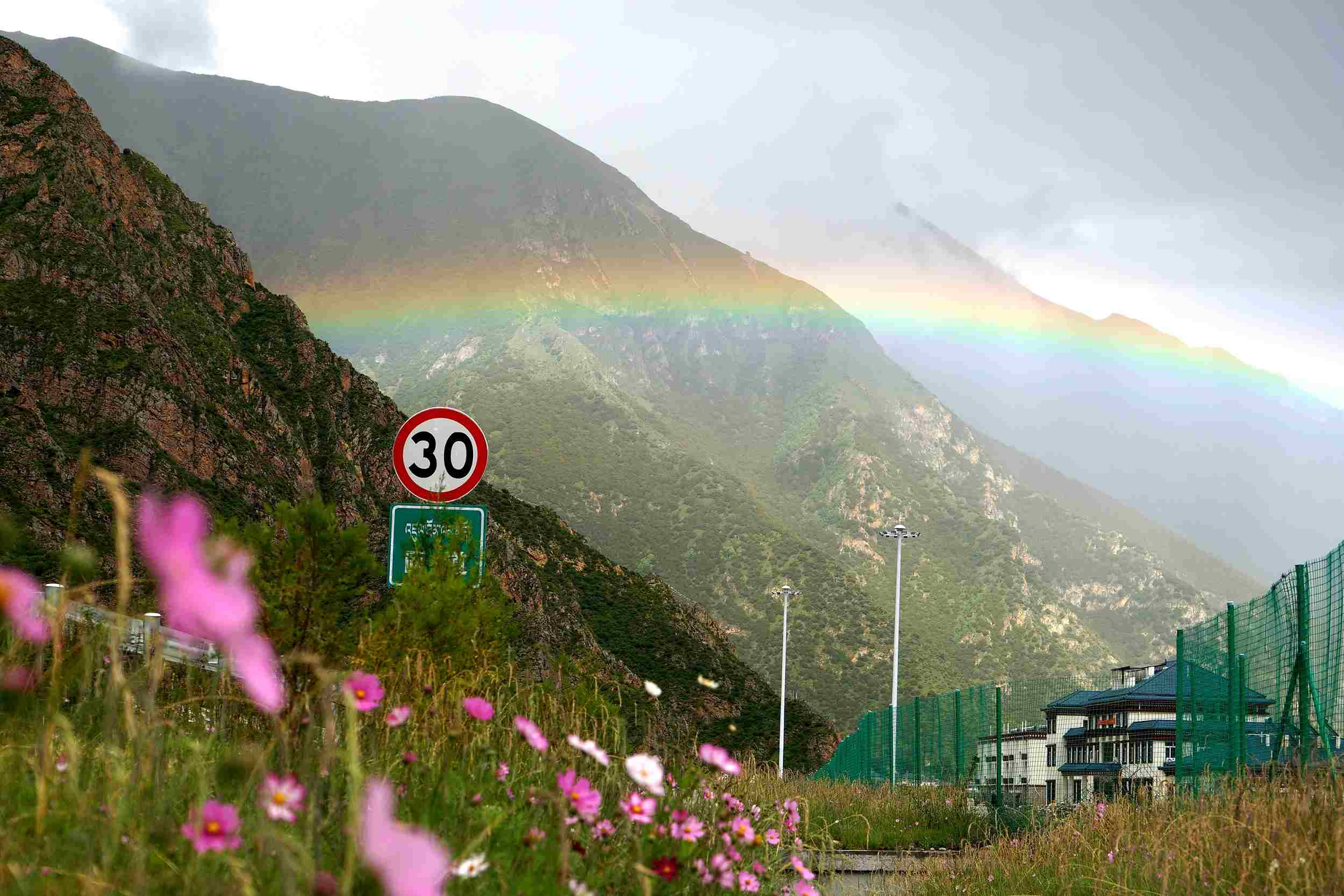 Tibet is an autonomous region in China. The Chinese central government and autonomous regional governments at various levels are making great efforts to improve socioeconomic lives of the Tibetan people, preserve the distinct Tibetan culture and religion, and building infrastructures to better connect Tibet to other parts of China and the world at large. The Tibetan people have the right to pursue development and prosperity.
Tibet, as other parts of China, remains committed to opening up to the outside world. The once “hermit serfdom” was embroiled in extreme poverty, financial disparity and restricted freedom under the governing of a corrupt clergy system. Now, it has transformed itself into an open, modern and promising place.
This year marks the 40th anniversary of China's Reform and Opening-up, and Tibet is sure to continue its cause of opening-up. Hope that greater opening and exchanges would bring about better understandings of Tibet and China.
(If you want to contribute and have specific expertise, please contact us opinions@cgtn.com.)