Why Trump is eager to reach trade agreement
Li Zheng 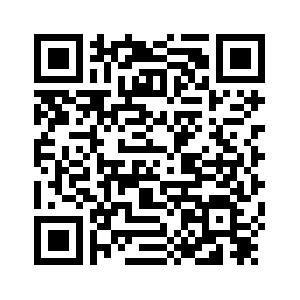 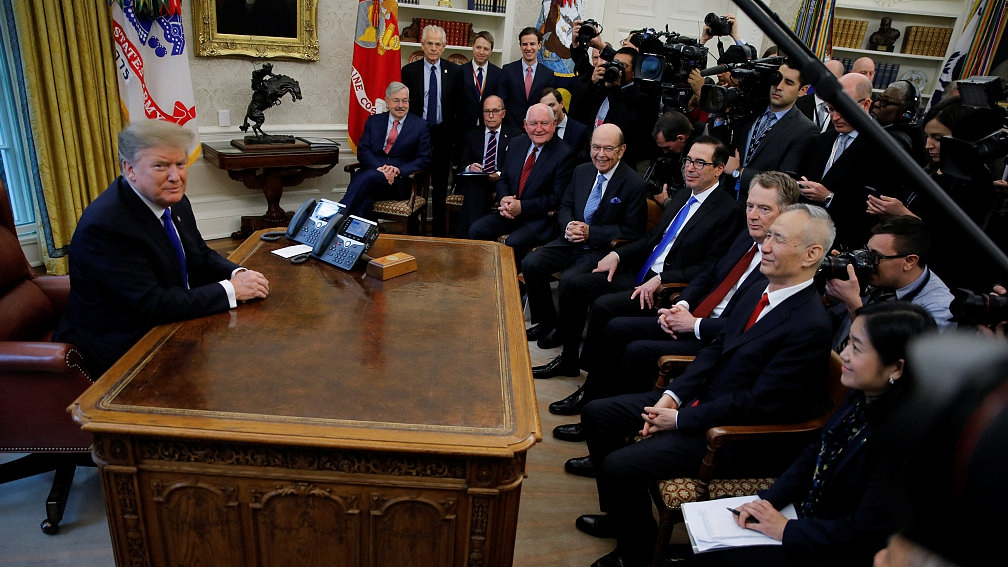 Editor's note: Li Zheng is an associate research fellow at the China Institutes of Contemporary International Relations, Institute of American Studies and director of the American Security Center, Institute of American Studies. The article reflects the author's opinion, and not necessarily the views of CGTN.
On February 24, after seven rounds of high-level Sino-U.S. economic and trade consultations, the two countries achieved substantial progress. Trump announced that "this weekend is very good for the United States and China" and that the U.S. would postpone increasing tariffs on Chinese imports.
It is widely believed that the two sides have reached a milestone in trade negotiations. Judging from the situation now, China and the U.S. are likely to reach a final agreement before the summer and end the trade war that has been going on for over a year. When the two heads of state met in Argentina, few people believed that the two countries could complete their negotiation in just three months.
The issues involved are complex and cumbersome, the resolution of which requires a lot of good will and compromise from both sides. Before February, the progress of the negotiations seemed very slow, and the outside world began to worry whether the two sides had the sincerity to start negotiations. 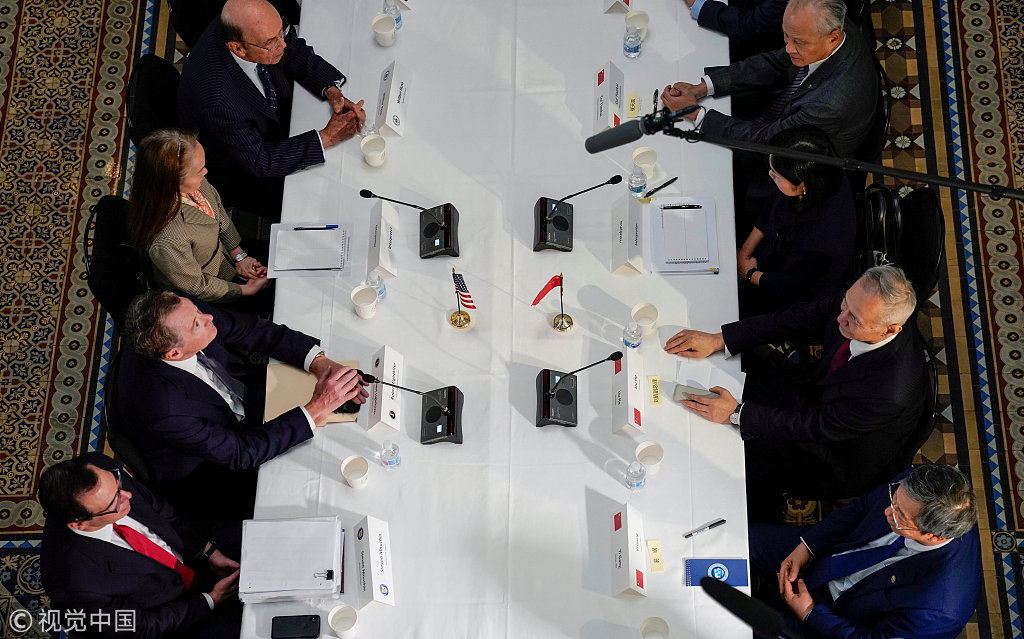 However, in the past month, trade talks have gained momentum. The two sides have completed three rounds of consultations and quickly agreed on problems that have been plaguing both sides for many years.
Two factors have played an important role in accelerating the negotiations. One is that China has a firm belief in safeguarding the common interests of the two countries and the  world trade order. China does not want to deepen the conflict between the two countries, which will have a negative impact on the global economy and people's well-being at large.
The other is that the Trump administration hopes to solve the issue sooner than later. The U.S. media believes that Trump's eagerness to reach a deal in the final stage of the negotiations is obvious, which differs from the previous meetings.
There are three reasons why Trump is eager for a trade agreement:
First, Trump understands that the breakdown of Sino-US economic and trade relations will bring systemic risks. The previous intentional delay in solving the disagreement was only a negotiation strategy. In the past year, the results of Sino-U.S. negotiations had a significant impact on global stock markets and foreign exchange markets.
Trump understands that if the recent rounds of negotiations fail, the two sides would lose the last chance to resolve disputes through negotiations, which will deal a huge blow to market confidence. Therefore, he frequently signaled that trade talks will be successful, urging the U.S. delegation to reduce their meaningless debate.
In the previous free trade negotiations with Mexico and Canada, Trump adopted a similar strategy. He would take a negative approach initially, adopting a more flexible approach towards the end. This strategy demonstrates Trump's tough image to the world while also avoiding damaging the prospect of a deal caused by rigid negotiation tactics.
Second, Trump reassessed the benefits and potential costs of Sino-U.S. negotiations and believed a bad result was unfavorable to the U.S. When the U.S. unilaterally imposed tariffs on Chinese products last year, Trump regarded this action as a key measure to revive the U.S. industry. He hoped this method would encourage the U.S. multinationals invested in China to return to their own country. 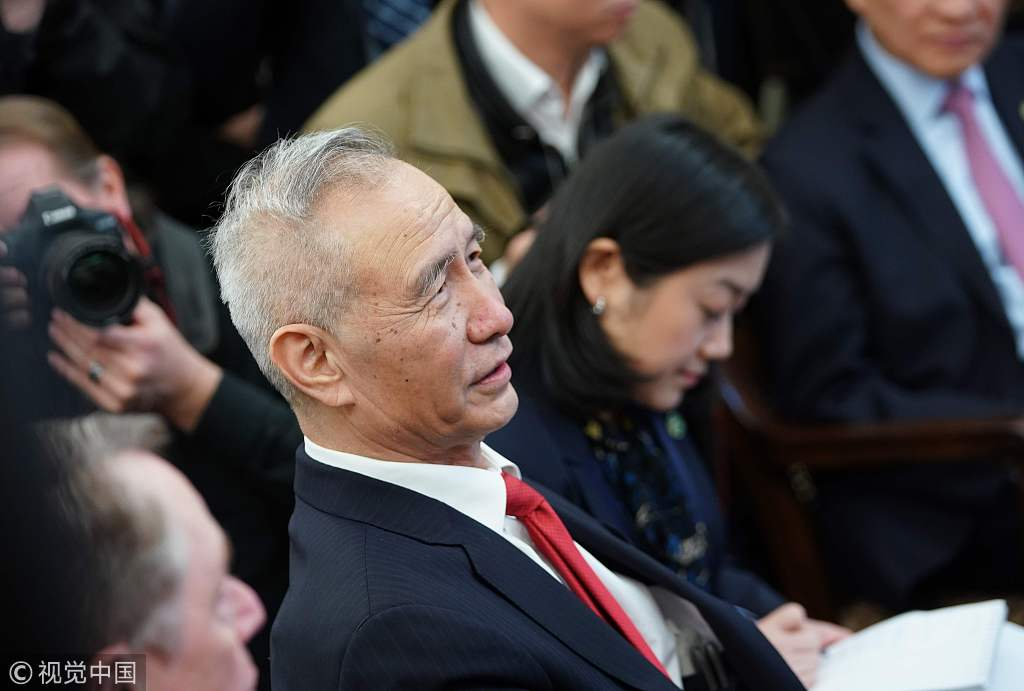 However, the actual impact of the trade war is quite different from what the Trump administration previously expected. The U.S. economy is still recovering, but the large-scale return of the industrial chain has not occurred. Most multinational companies still have optimistic expectations for negotiations between the two sides.
Even if the negotiations failed, they may adopt a re-export trade to deal with the tariff war. In this case, their success would lead to continued U.S. economic recovery. If they broke down, the U.S. economy would likely experience significant decline. After a reassessment of the situation, Trump found that the cost of failing the talks was too high.
Third, the domestic situation facing Trump is largely different from last year. After the mid-term elections in 2018, the Republican Party lost the majority of the House. In the next two years, the Trump administration may encounter more difficult times, and many policies may not be able to continue. If the president allows negotiations to fall flat, it is likely to be seen as another instance of failure in governance, which could bolster the Democratic Party.
In this round of negotiations, the president did not choose to end the negotiations through a bilateral memorandum of understanding, and will submit the negotiation agreement to Congress for consideration.
This action is intended to pass the buck to the Democratic Party. Based on this, a quick end to negotiations is the most favorable option for Trump.
(If you want to contribute and have specific expertise, please contact us at opinions@cgtn.com.)