Opinion: Macron is under the pressure of yellow vests movement
Harvey Dzodin 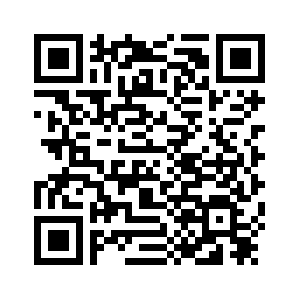 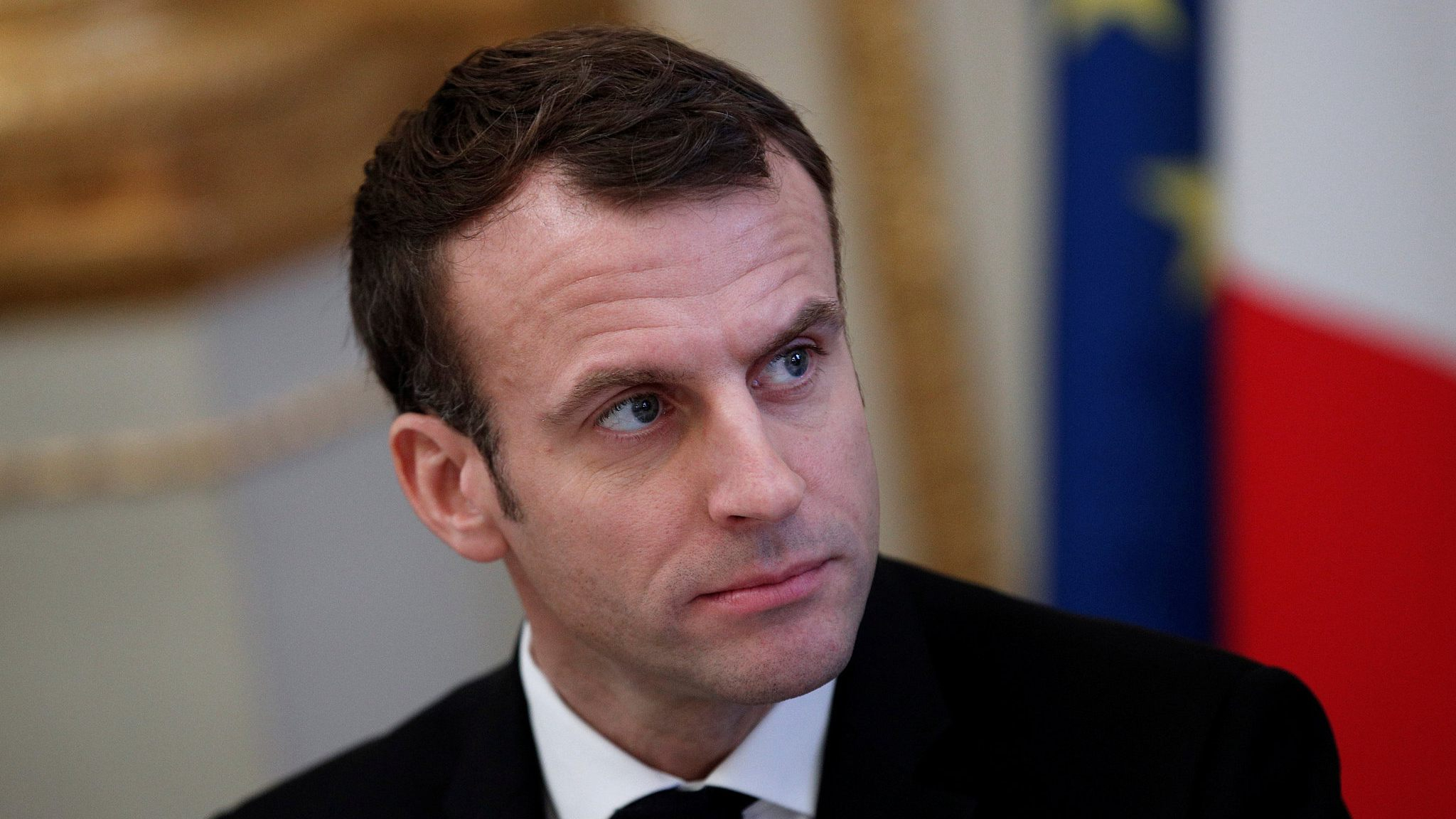 Editor's note: Harvey Dzodin is a senior fellow at the Center for China and Globalization, and a former legal adviser in the Carter administration. The article reflects the author's opinion, and not necessarily the views of CGTN.
In recent weeks, the world has tuned in to protests in France that expressed a wave of public discontent against planned fuel tax rises, living costs, and other issues.
President Emmanuel Macron promised a minimum wage rise and tax concessions on December 10 in a bid to quell the protests.
Macron has long fancied himself as a latter-day Jupiter, the king of the gods in Roman mythology. Like Jupiter of old, Macron was and is aloof, almighty and powerful. Yet with the recent series of violent and destructive so-called "yellow vest" protests largely directed against him and his policies, the sky-god has unceremoniously fallen from the heavens back to Earth and has been revealed to be a mere mortal. 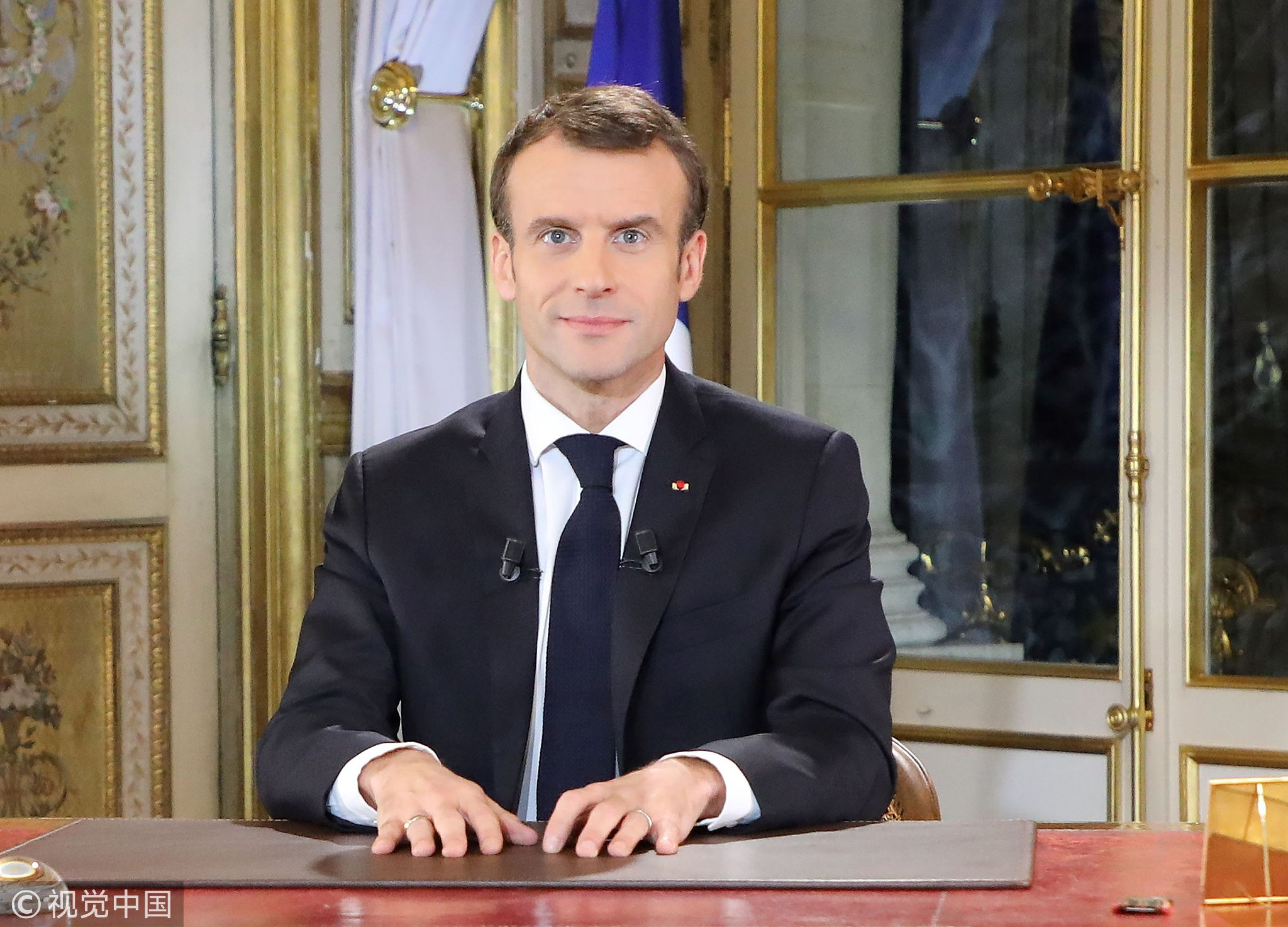 Unless he gets his act together, even though the winter might put a damper on protests, for now, some good weather and European Union (EU) Parliamentary elections may auger poorly for his ability to effectively lead France. And it would stop in its tracks his dream to be the de-facto EU leader when German Chancellor Angela Merkel leaves office.
Macron, a 40-year old rich, well-educated investment banker created his own grassroots political movement. He won by a landslide at a time when the far-right candidate Marine Le Pen had a real chance to win. Macron promised to listen to the people and, in essence, to be the nation's therapist-in-chief. He didn't listen, however. The new secretary-general of Macron's own party, La République en Marche, had it dead to the right when he said earlier this month that "people don't need psychologists, they need solutions."
The immediate cause of the four "yellow vest" protests so far was steadily increasing new environmental taxes designed to reduce France's carbon footprint at a time when real income is falling and the cost of living is rising. For the many French citizens unable to make ends meet under already burdensome taxes, this was the straw that broke the camel's back.
This is on top of the fact that economic stagnation has created a nine-percent unemployment rate in France with multiples many times higher for young people, especially in smaller cities and towns.
Many of the poorer French workers have to drive long distances to their jobs so the steady periodic increases in fuel taxes fell more heavily on them, especially given that the taxes are regressive. In other words, the lower one's income, the greater percentage of it goes to taxes. To add insult to injury, this French Jupiter abolished a wealth tax on France's richest, leaving a gaping wound in the budget. 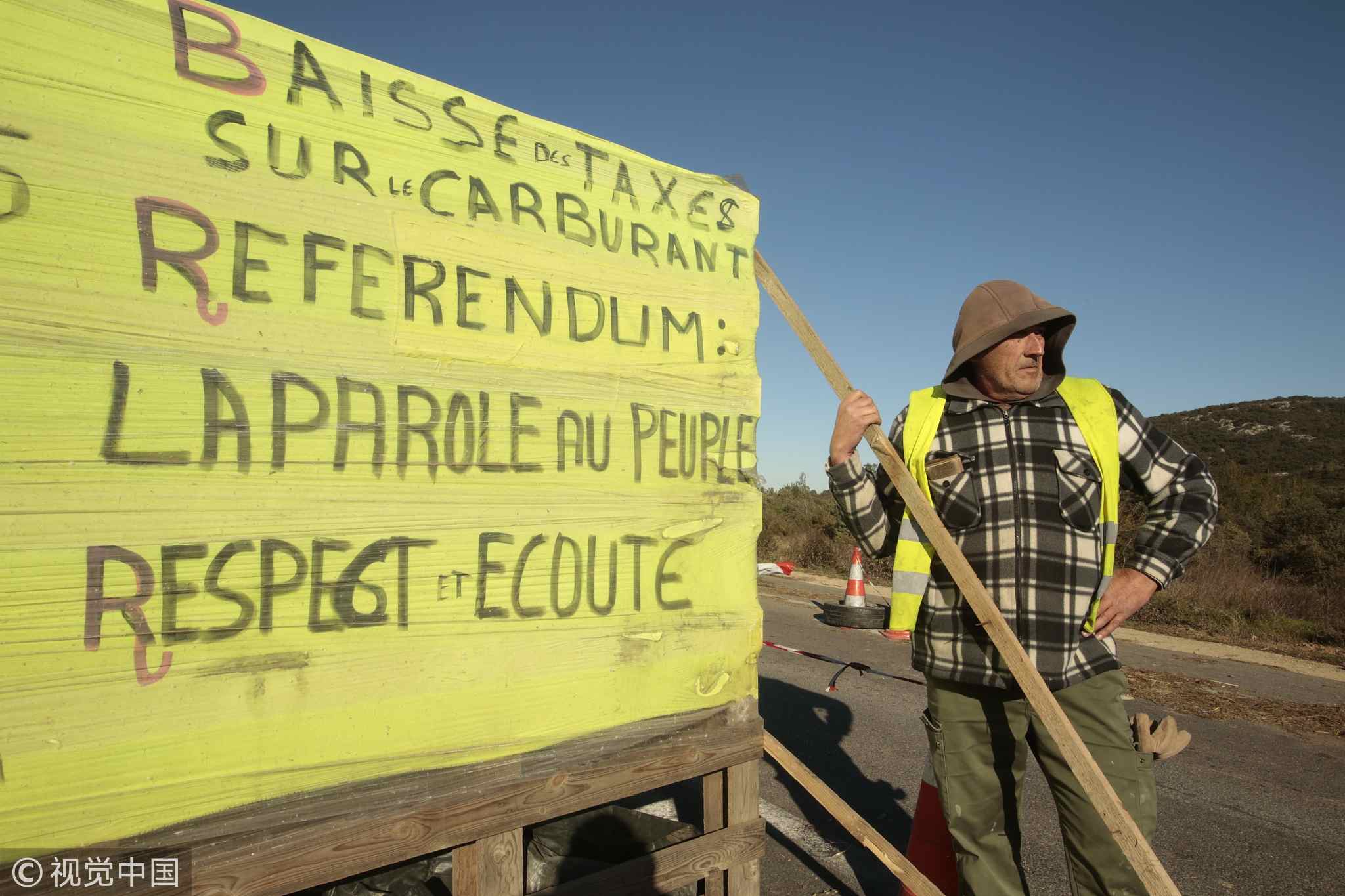 Macron believes in the myth of the trickle-down theory that if you lower taxes on the rich, they'll invest the money to create more jobs. Donald Trump believes the same and perhaps it's one of the only things that the two arrogant leaders agree upon. It's baloney. Both are Robin Hoods in reverse: robbing the poor to reward the rich. The only difference is that the French public can see this but Trump's diminishing number of followers cannot.
Maybe it's because France has a history of violent protests when it comes to class warfare. Remember the French Revolution? Mary Antoinette once supposedly said of the poor and starving: "let them eat cake." In 1793 when she lost her head on the guillotine she learned what Curly of the Three Stooges said much later: "a hot stake is better than a cold chop." And then there were the deadly and destructive workers of the 1848 Revolution, and the student revolt in May 1968 that brought millions to the streets and the French economy to a virtual standstill and which saw General Charles de Gaulle temporarily flee the country.
Macron was deaf to the mounting discontent of the French public. He was dumb to ignore France's history of economic protests. He was blind to the suffering of the little people.
In a short televised speech on Monday, Macron proved he was still deaf, dumb and blind. He never addressed the "yellow vest" protesters directly. He vowed not to reinstate the wealth tax. He threw a few bones to the masses like suspending fuel taxes and increasing some income subsidies but as one janitor said of the president: "He's not really helping. He's a banker. He knows what he's doing."
In the days since the passing of former U.S. President George H.W. Bush, there's been much talk of his long career. One thing applicable to Macron is that Bush lost reelection to the presidency to Bill Clinton because he was seen as aloof and uncaring for the little people and that he was more focused on foreign relations than domestic matters. The same can be said of Macron.
Is it possible for Macron to ascend to the summit as Jupiter again? Yes, but it won't be easy. Listening is no substitution for action and results. But all three are necessary conditions that might lead to success.
(If you want to contribute and have specific expertise, please contact us at opinions@cgtn.com.)