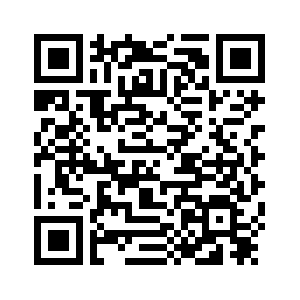 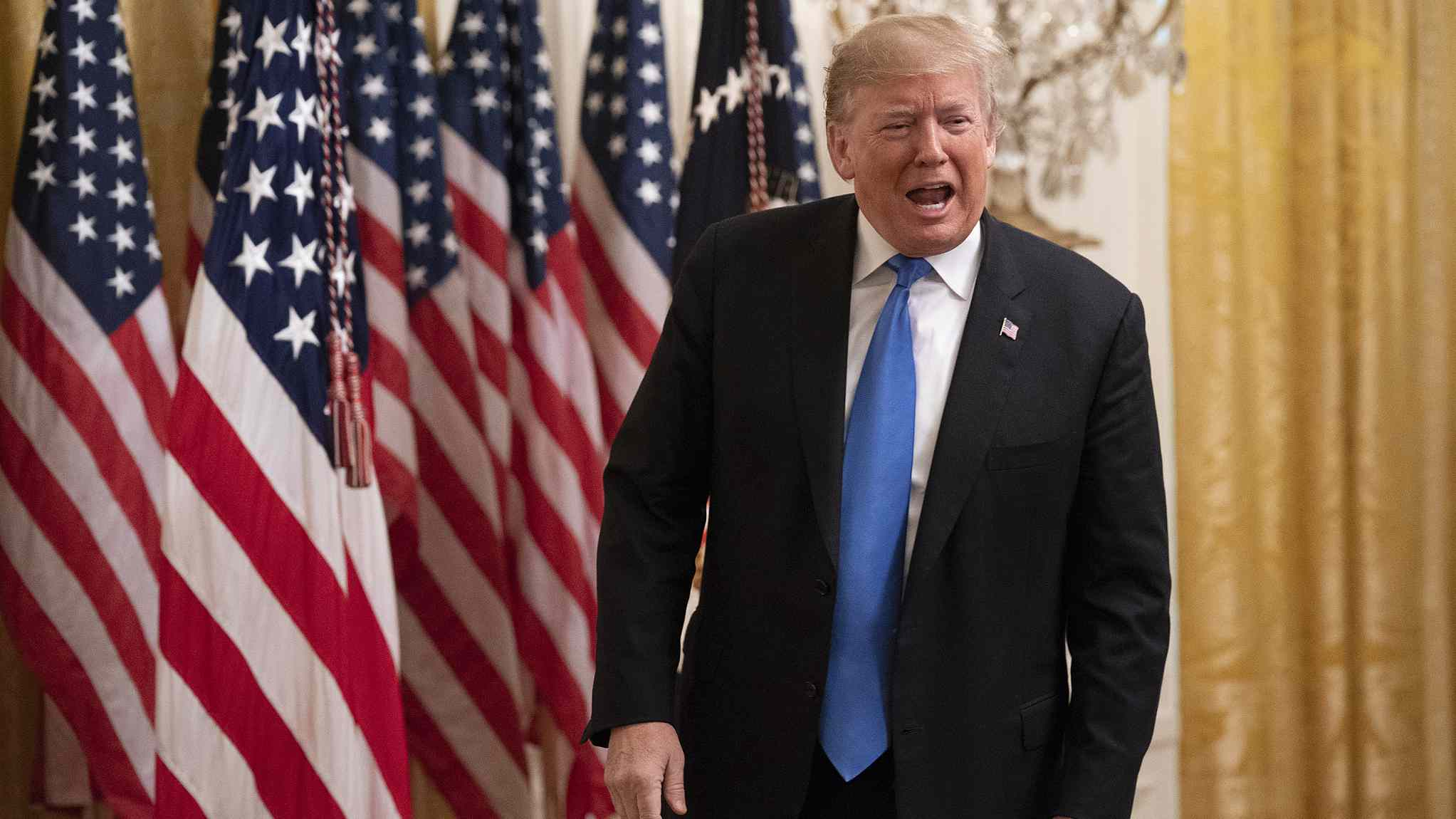 Editor's Note: Tom Fowdy is a UK-based political analyst. The article reflects the author's views, and not necessarily those of CGTN.
In yet another blatant piece of election showcasing, Donald Trump has vowed to end the automatic receipt of American citizenship for those born in the country, something he has claimed he can do by executive order.
The act would serve to contravene a precedent set in American law for over 150 years, one which has a supporting basis within the constitution.
Given this, such an act isn't likely to get far given the inevitable legal obstacles that would lie ahead.
However, Trump doesn't seem to care. Rather than believing he can directly succeed, there is political gain from it which lies beyond the immediate approach of the elections.
By challenging the law, he continues to shape public narratives on immigration to his own design by attacking previously "taboo" subjects, mobilizing his closest supporters and of course, playing his tactical "blame game" when the obvious roadblocks to it emerge.
It is an issue he aims to gain from politically than practically. Nevertheless, it should not be ignored that this is another worrying trend. 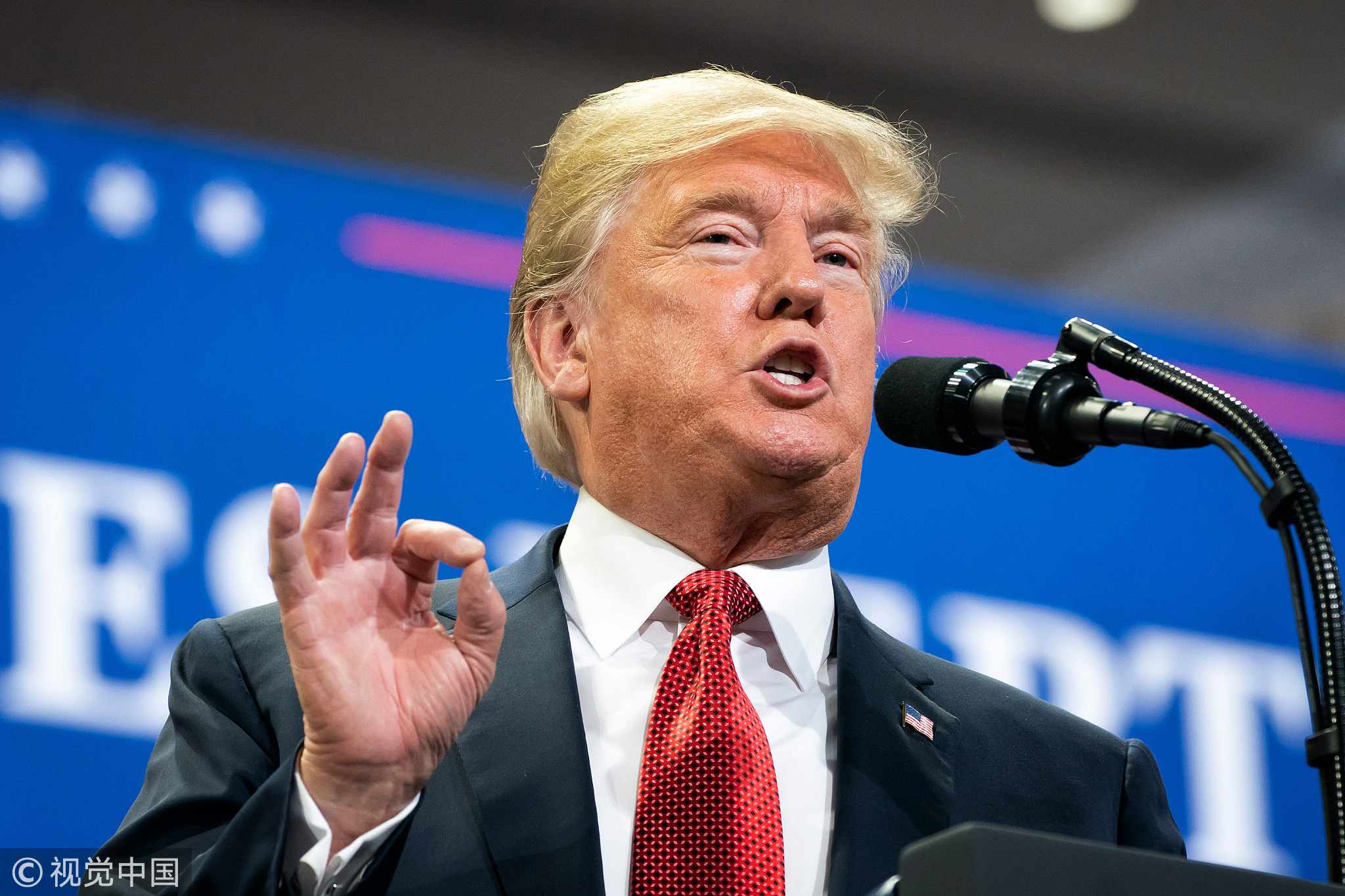 As is being pointed out among numerous analysts, Trump's attempt to end birthright citizenship within the United States cannot get far. The 14th amendment of the US constitution directly specifies that "All persons born or naturalized in the United States and Subject to the Jurisdiction thereof, are citizens of the United States and of the State wherein they reside."
Although this clause was added to the constitution in the post-civil war event of banning slavery and ensuring African Americans and their children would have a right to citizenship, an 1898 supreme court ruling, United States v. Wong Kim Ark, nevertheless extended the interpretation of this clause to the children of migrants as well. Thus, even if Trump sought to disregard this by the force of an executive order, the instantaneous result would be that activists would fight back by taking the decision to the court. Very quickly it is likely such an order would be struck down. It is not unreasonable to say Trump's proposal is a total non-starter.
But that isn't the point.
Nothing Trump ever says or claims he will do ever bothers to account for the given realism or absurdity of his proposals in general. Rather, it is purely for the political impact.
Constant controversy, attention-grabbing rhetoric, and infamously memorable statements allow the president to sit at the center of attention at all times, allowing him to shape an agenda that suits him as he pleases.
Trump is sitting in the White House right now because no other candidate was able to foster as much coverage, controversy and even infamy to match him.
He lost the popular vote, yet succeeded where it counts. Now as the midterm elections approach, he is utilizing inflammatory rhetoric over immigration to grab headlines, get his base listening and mobilize their support. For many of those who follow Trump, it is the assertion of identity what matters, not whether the policy can succeed or not. Feeling supersedes truth and reason. 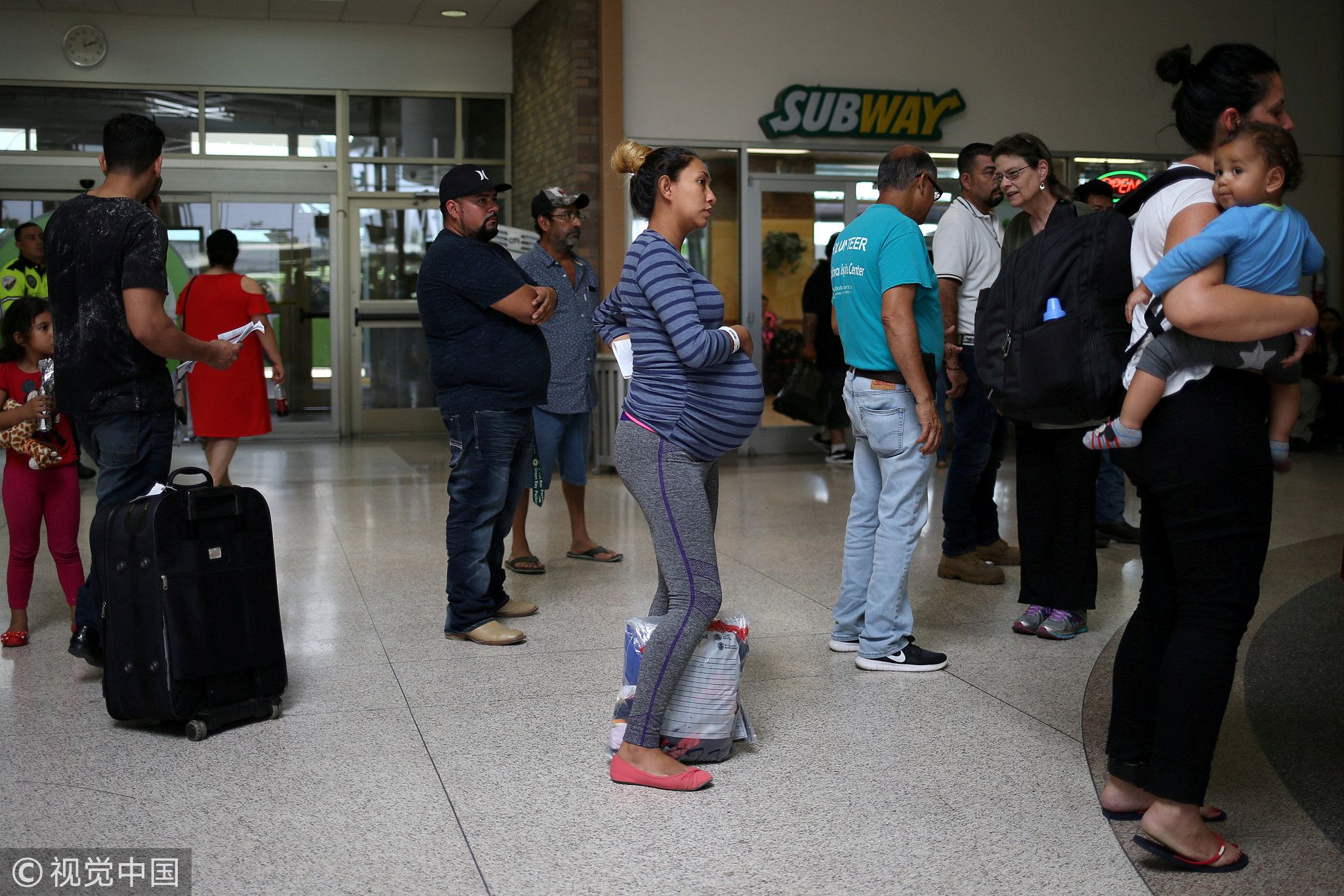 A pregnant woman from Honduras is released from detention with other undocumented immigrants at a bus depot in McAllen,Texas, US, July 28, 2018. /VCG Photo

A pregnant woman from Honduras is released from detention with other undocumented immigrants at a bus depot in McAllen,Texas, US, July 28, 2018. /VCG Photo

As a result, the inevitable failure, or non-starter, of this executive proposal plays into Trump's hands.
Let's say he signs it into force and it gets eventually overturned, what will he do? It becomes a political weapon. He will blame the courts, he will blame the media, he will blame the Democrats. Simultaneously, these groups will challenge him in the media and fight back, entrenching the topic and issue into a nationwide debate with maximum coverage (like the border camps and family separations were). As this is happening, Trump is likely to attack his opponents by invoking feelings of national betrayal and subtle racism, all which keeps the gears rolling for his loyal followers, who will not critique the obvious illegal means or lack of reason in his proposals, but will be motivated to project their anger.
In summary, the proposal is nonsensical and unconstitutional without a doubt, but Trump has a great deal to win politically by attempting to pursue it.
Nevertheless, it must be noted that the unprecedented centralization of executive power by the US presidency is a worrisome trend, not least when combined with Trump's obvious contempt for due process, the rule of law and the press. As much as it is just electoral opportunism, his words and actions yet again pose a challenge to constitutional order in the United States.
(If you want to contribute and have specific expertise, contact us at opinions@cgtn.com.)