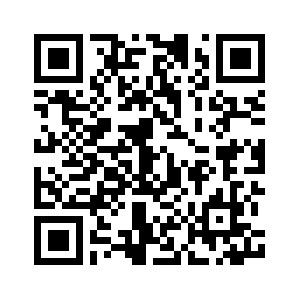 The 8th Beijing Xiangshan Forum has concluded in the Chinese capital, having covered security issues relevant to the Asia-Pacific region and further afield.
Topics included maritime security, as well as frictions and cooperation among countries.
Out of the many sessions at the forum, it was perhaps the one on maritime security that drew the most attention.
One particular topic under discussion there was the South China Sea.
As one participant suggested, all relevant parties should increase trust and avoid confrontation.
Cesar B. Yano, Philippine under-secretary for defense operations said there should be no successful party at the expense of others. 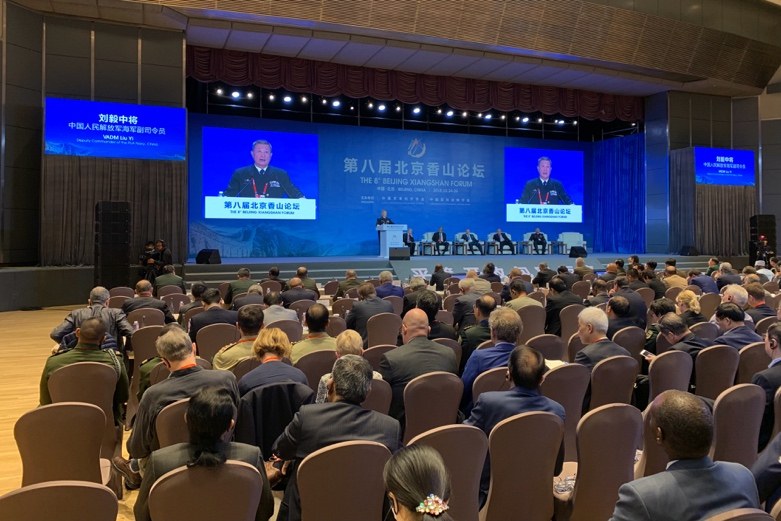 "There is really a need for countries, whether within the region or other major powers or partners, to continue talking and discussing," he said.
Meanwhile, the efforts to boost cooperation were being showcased in south China's Zhanjiang, as the first-ever ASEAN-China Maritime Exercise got underway.
China's Ministry of National Defense said on Thursday that the exercise aims to promote better understanding and mutual trust between all sides.
A spokesperson said the drills will contribute to peace and stability in the South China Sea, as well as the building of a closer China-ASEAN community with a shared future.
Back at the Beijing forum, Liu Yi, a Chinese navy commander, talked about the relationship between the Chinese and US militaries, particularly in the South China Sea.
He noted that, despite recent frictions, the defense ministers from both countries just met in Singapore with good intentions. He said the outcome of their discussion still remains to be seen.
"When facing security threats and challenges, no country can manage alone or stand aloof. Only through strengthening cooperation, can smooth maritime transportation and stability be guaranteed," Liu said. 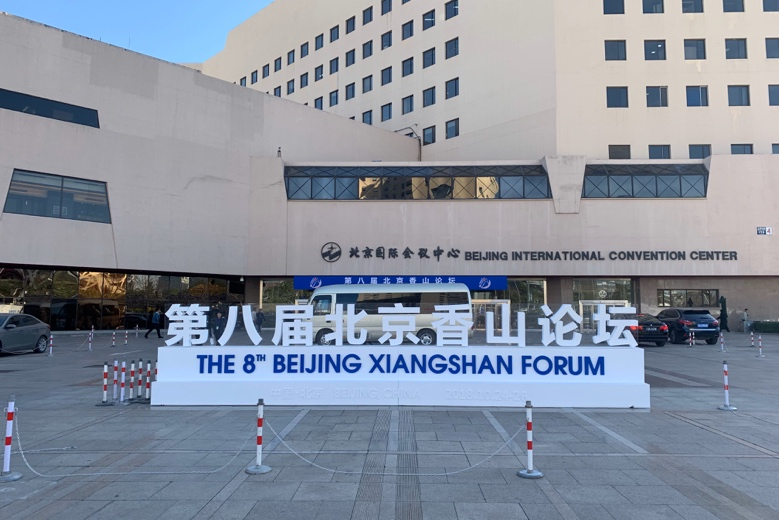 Various security topics related to Asia-Pacific and further afield were discussed during the 8th Beijing Xiangshan Forum from October 24 till 26, 2018. / CGTN Photo

Various security topics related to Asia-Pacific and further afield were discussed during the 8th Beijing Xiangshan Forum from October 24 till 26, 2018. / CGTN Photo

Sensitive issues also covered included Washington's withdrawal from the Intermediate-Range Nuclear Force Treaty with Russia.
Some delegates expressed concern over President Donald Trump's decision.
"(Trump) said he is feeling some threats, but he is the cause of the main threats for the world," said Savas Bicer, head of International Relations Department of Turkey's University of Nisantasi.
Another scholar, Bernt Berger from the German Council on Foreign Relations said he doesn't know whether Trump would really exit the treaty, or it's just a threat to create a bargaining situation.
"But if that really should happen, it will be a disaster, particularly for Europe," he said.
The three-day Beijing Xiangshan Forum drew over 500 participants from 74 countries and seven international organizations.
While no consensus has been achieved during the high-level security talks, the platform aims to bridge the gaps between all sides.
At the closing ceremony, forum organizers thanked all participants, expressing hope for better strategic talks and ways to jointly respond to global challenges and maintain peace and stability.