Opinion: Why BRI is not 'debt-trap diplomacy'
Andy Mok 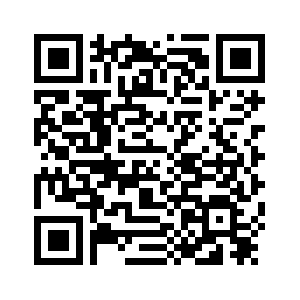 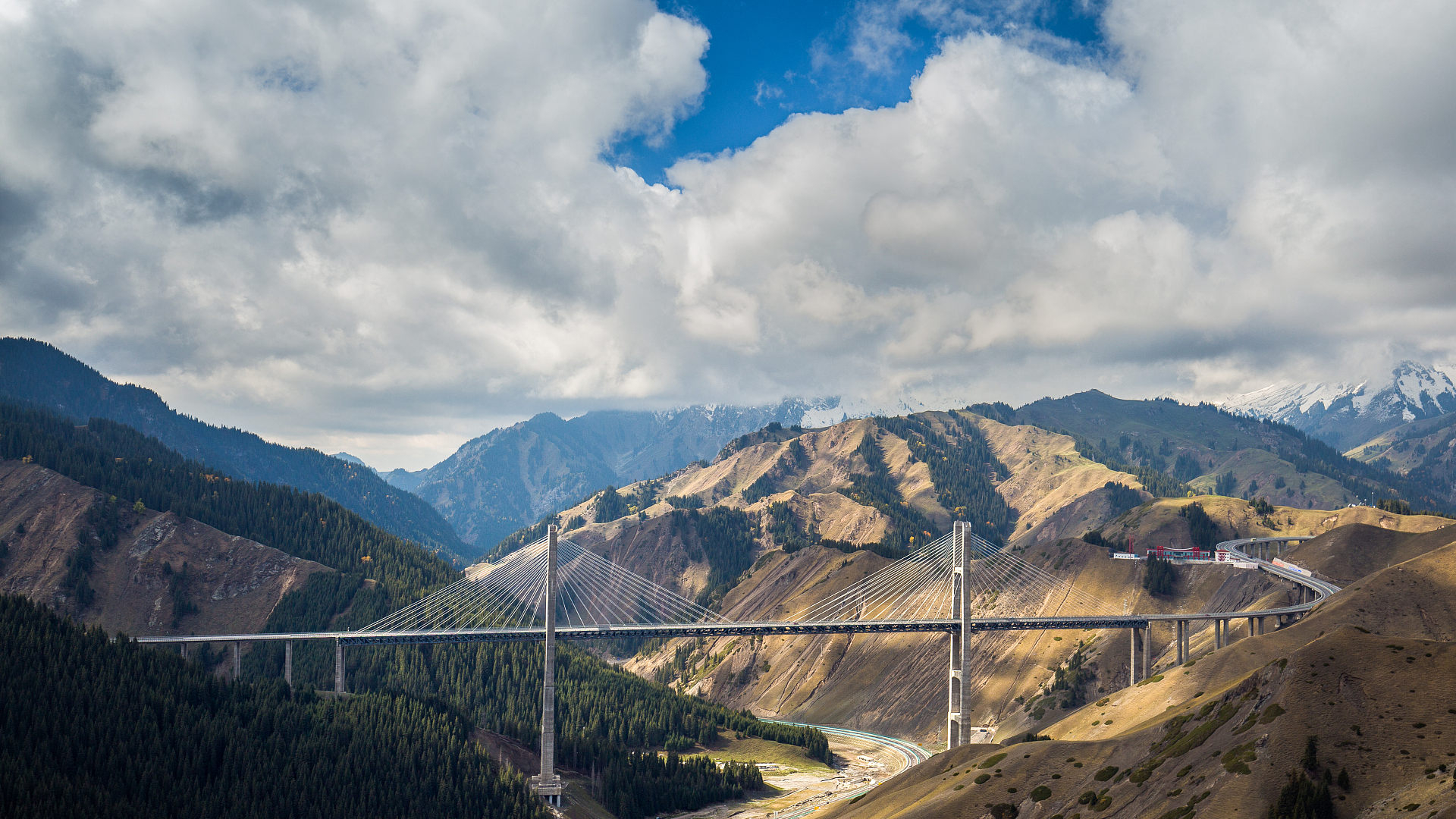 Editor's note: Andy Mok is the managing director of Red Pagoda Resources. The article reflects the author's opinion, and not necessarily the views of CGTN.
Since its inception in 2013, the Belt and Road Initiative (BRI) has garnered worldwide attention because of the scale and scope of its ambition. It has also become the target of criticism and suspicion from various quarters.
Recently, the notion of “debt-trap diplomacy” has been prominently featured in mainstream Western media in an effort to mislead and tilt the opinion of elites lacking direct experience of the countries engaged in BRI projects and the nature of infrastructure investment against this initiative.
Proponents of this idea claim that Chinese enterprises, at the behest of the government, encourage targeted countries to take on burdensome amounts of debt for BRI-related infrastructure, knowing full well that these debts are too big to be repaid.
When the borrowing country inevitably encounters repayment problems, China can then seize the assets in question. According to these people, this is a deliberate strategy pursued by China to advance its geopolitical interests at the expense of debtor countries. 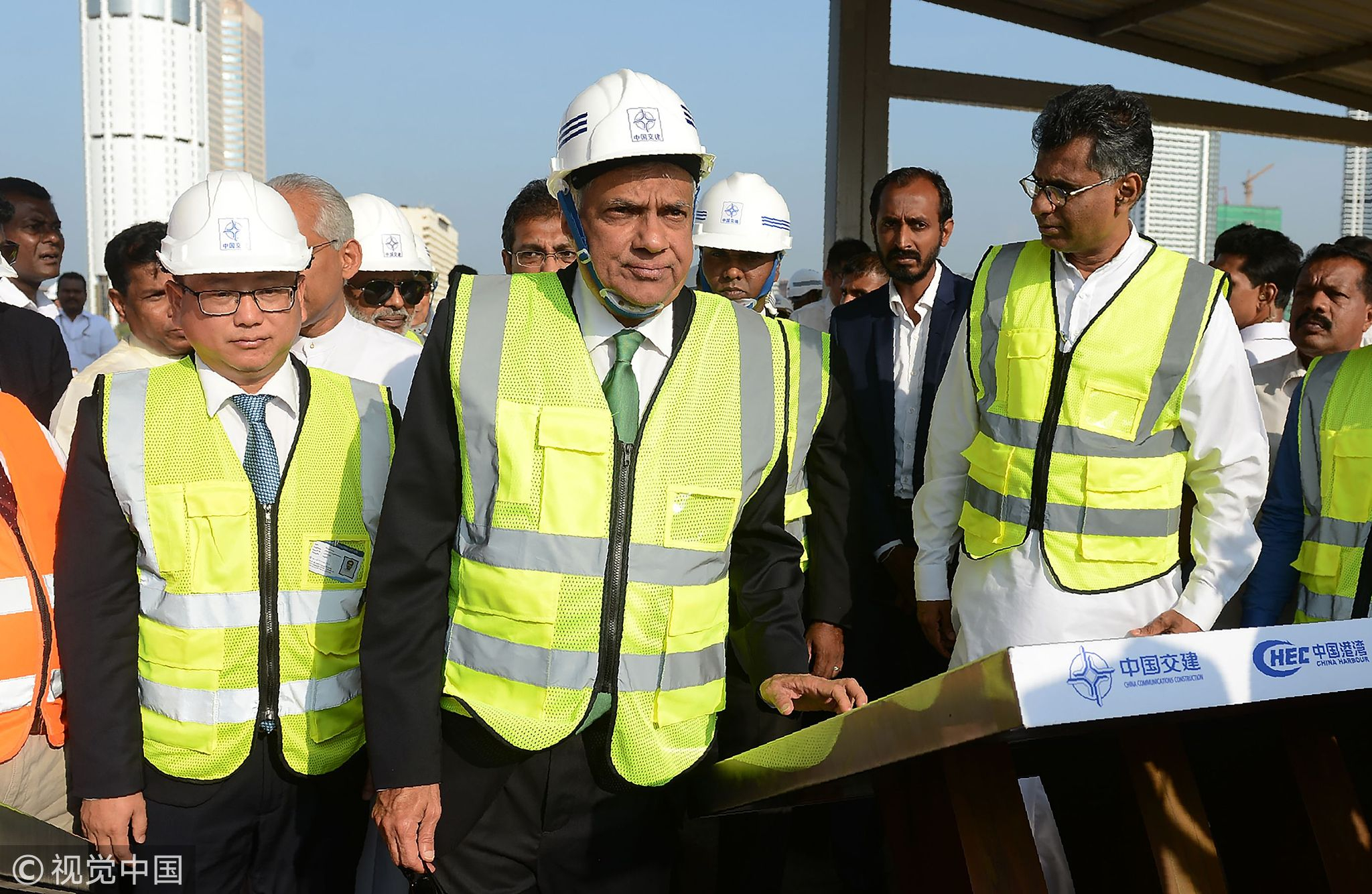 Sri Lanka's Hambantota port project has become the poster child to illustrate China’s allegedly nefarious motives. For example, a New York Times article titled "How China Got Sri Lanka to Cough Up a Port" describes the initial loan of 307 million US dollars to kick-start the project by China's Export-Import Bank in this way: “To obtain the loan, Sri Lanka was required to accept Beijing’s preferred company, China Harbor, as the port’s builder...That is a typical demand of China for its projects around the world, rather than allowing an open bidding process.”
While the pejorative insinuation is clear, there are perhaps less conspiratorial explanations for such practices. Here's one: Infrastructure projects are extremely risky because they are highly complex and therefore many things can go wrong, resulting in delays and cost overruns.
This is especially true in a new and foreign environment that is also relatively primitive. Banks are in the business of minimizing risk so they get paid back in the amounts promised and on time. While exogenous risks cannot be reduced, management, operational, communication, and coordination risks can be. One simple and well-accepted way of doing is by selecting a partner that the bank has worked with before and otherwise trusts. 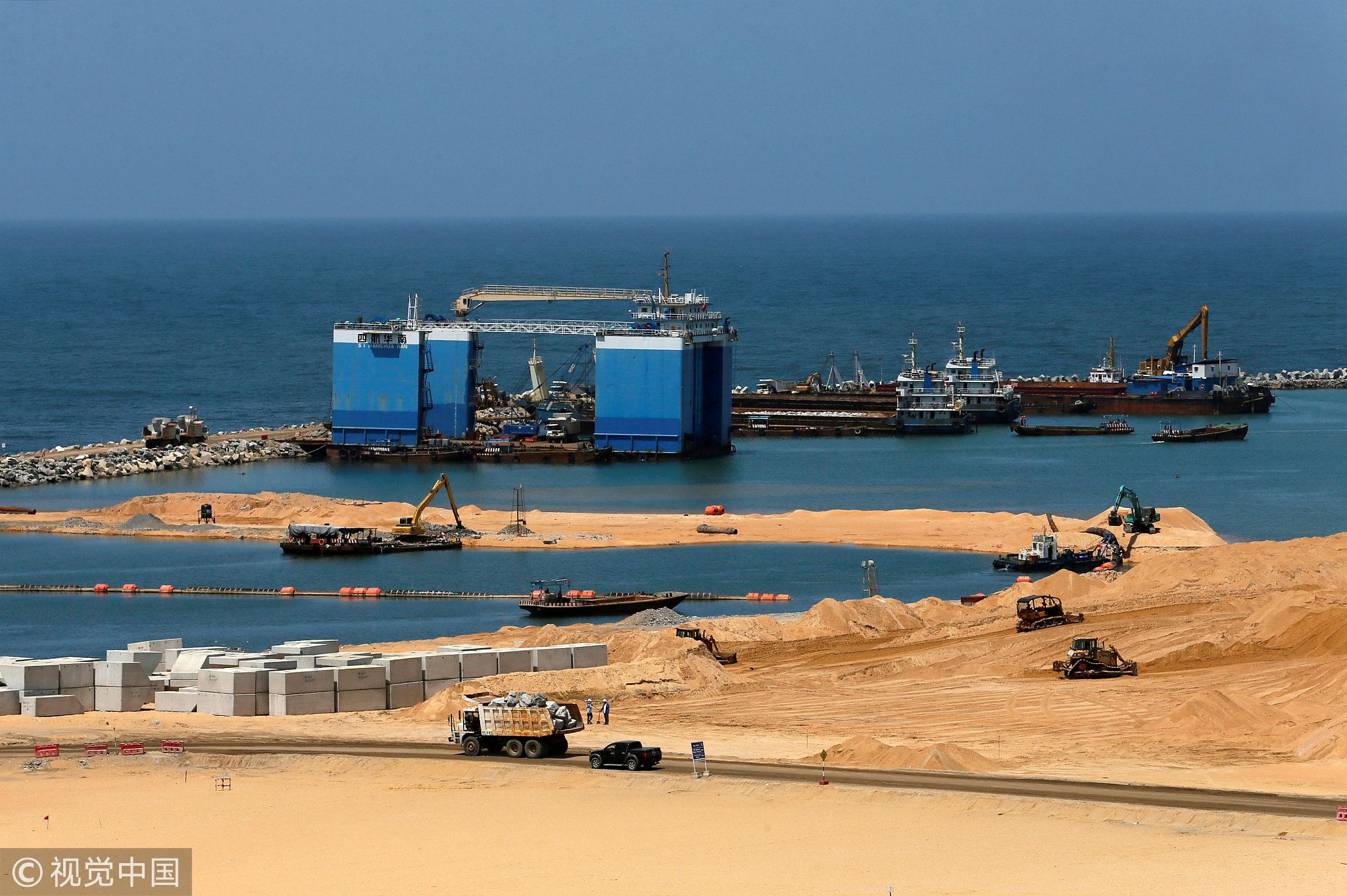 A general view of the Colombo Port City construction site, which is backed by Chinese investment, in Colombo, Sri Lanka on Aug 23, 2018. /VCG Photo

A general view of the Colombo Port City construction site, which is backed by Chinese investment, in Colombo, Sri Lanka on Aug 23, 2018. /VCG Photo

Thus, a more neutral description of this particular situation might be: the Export-Import Bank of China employed sound capital preservation practices in lending for the Hambantota port project by bringing in China Harbor to reduce management, construction and operational risks associated with this project.
Similarly, the domestic political dimensions of this project, as well as regional geopolitics between Sri Lanka and India, are described either deliberately or inadvertently in a way that would point readers to negative conclusions about the BRI.
Sri Lanka is of great and growing geopolitical importance because it is adjacent to the most important energy and trade sea lanes linking Asia, the Middle East and Europe. As a small country on India's periphery, it also must continuously seek asymmetrical ways to maintain freedom of action vis-a-vis its enormous neighbor. Finally, one of Sri Lanka's greatest challenges is maintaining internal coherence and promoting amity between its Sinhalese and Tamil citizens.
Given this complex and potentially volatile situation, the actions taken by Chinese entities regarding Hambantota may not be as underhanded as the article insinuates. Similarly, other accounts and accusations of so-called “debt-trap diplomacy”, whether they involve Djibouti, Pakistan or others, should be viewed with some degree of skepticism.