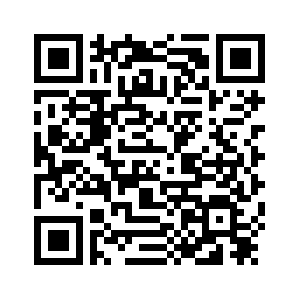 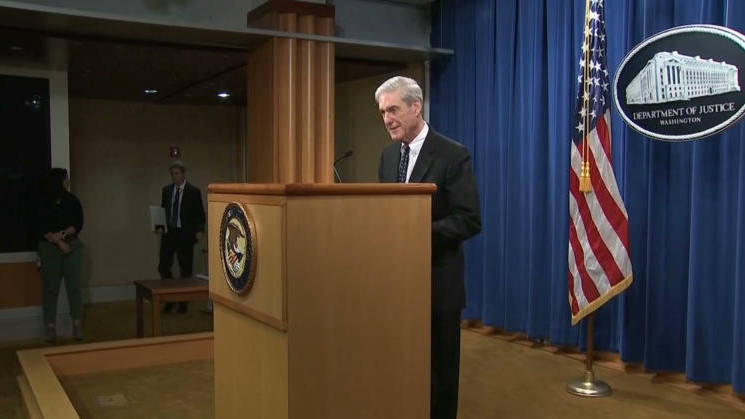 Editor's note: Dr. Yuan Sha is an assistant research fellow at the Department for American Studies, the China Institute of International Studies. The article reflects the author's opinion, and not necessarily the views of CGTN.
As the central figure in the Russiagate investigation, U.S. Special Counsel Robert Mueller broke his silence after two years when he made farewell remarks yesterday which sent shock waves across the aisle on Capitol Hill. Announcing the closing of special counsel's office and his own resignation from the Justice Department, Mueller also made statements which essentially refused to exonerate President Trump and left the investigation open-ended.

Is the President innocent?

Despite the release of the Mueller report last month, questions of whether President Donald Trump committed collusion in the Russian interference in the 2016 U.S. presidential election and whether he committed obstruction of justice in the Mueller investigation remain undecided.
Mueller made a surprising statement when he said that if they “had confidence that the President clearly did not commit a crime, we would have said so,” and “We did not, however, make a determination as to whether the President did commit a crime.” Although he added that “every defendant is presumed innocent unless and until proven guilty in court,” one need not read between the lines to see what the special counsel was trying to convey.
He went on to say, “Under long-standing department policy, a President cannot be charged with a federal crime while he is in office,” and “charging the President with a crime was therefore not an option we could consider.” He was referring to a Justice Department guideline which would give a sitting president temporary immunity from federal prosecution. 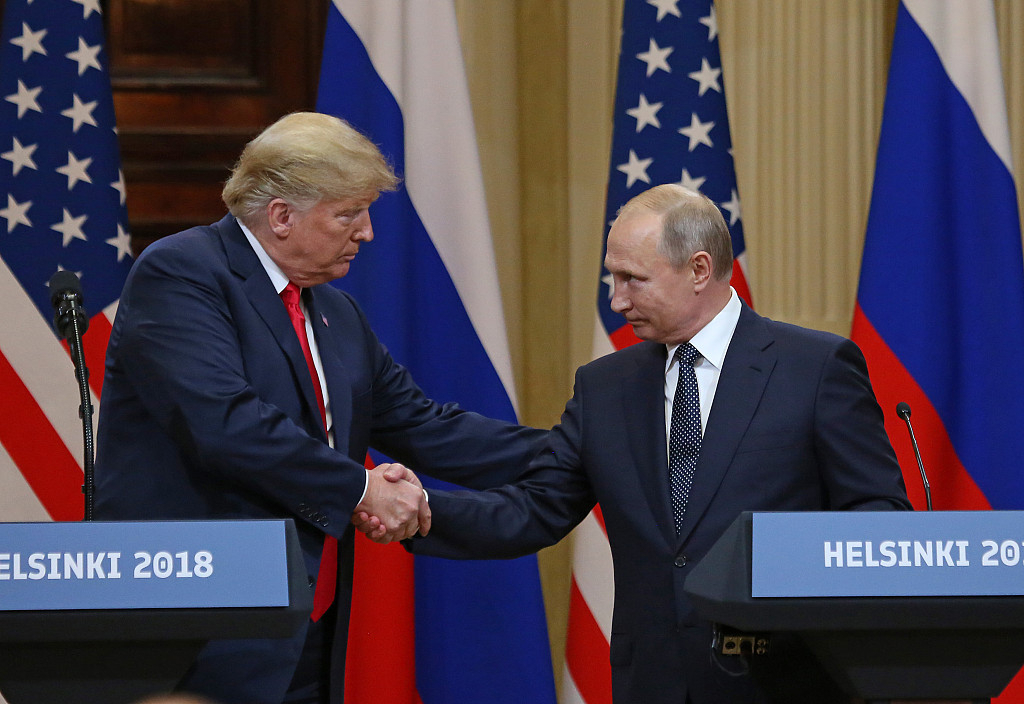 Just as Mueller said, such action is “unconstitutional.” Not long ago, Attorney General William Barr made a comment trying to downplay the so-called guideline against charging a sitting president. But it has been a well-trodden practice which dated back to the Richard Nixon impeachment and was reaffirmed during the impeachment against President Bill Clinton.
Mueller's remarks make one wonder, if there was evidence to prove the president's personal involvement in this case, would he disclose the information and would the Justice Department charge the president?

Will the President be impeached?

Mueller's remarks also renewed talks of impeachment in the House.
House Judiciary Chairman Jerry Nadler called in a statement that it “falls to Congress to respond to the crimes, lies and other wrongdoing of President Trump.” House Democrats rose to seize the opportunity to demand that Congress begin impeachment proceedings. Republican Representative Justin Amash also joined Democrats in calling for Trump's impeachment.
Despite talks of “nothing is off the table,” House Speaker Nancy Pelosi remains cautious in resorting to this ultimate weapon. With 2020 general election just around the corner, whether to impeach or not carries much at stake. We still remember when Republican-initiated impeachment against President Clinton failed and ended up hurting Congressional Republican support. It is not difficult to understand the dilemma. 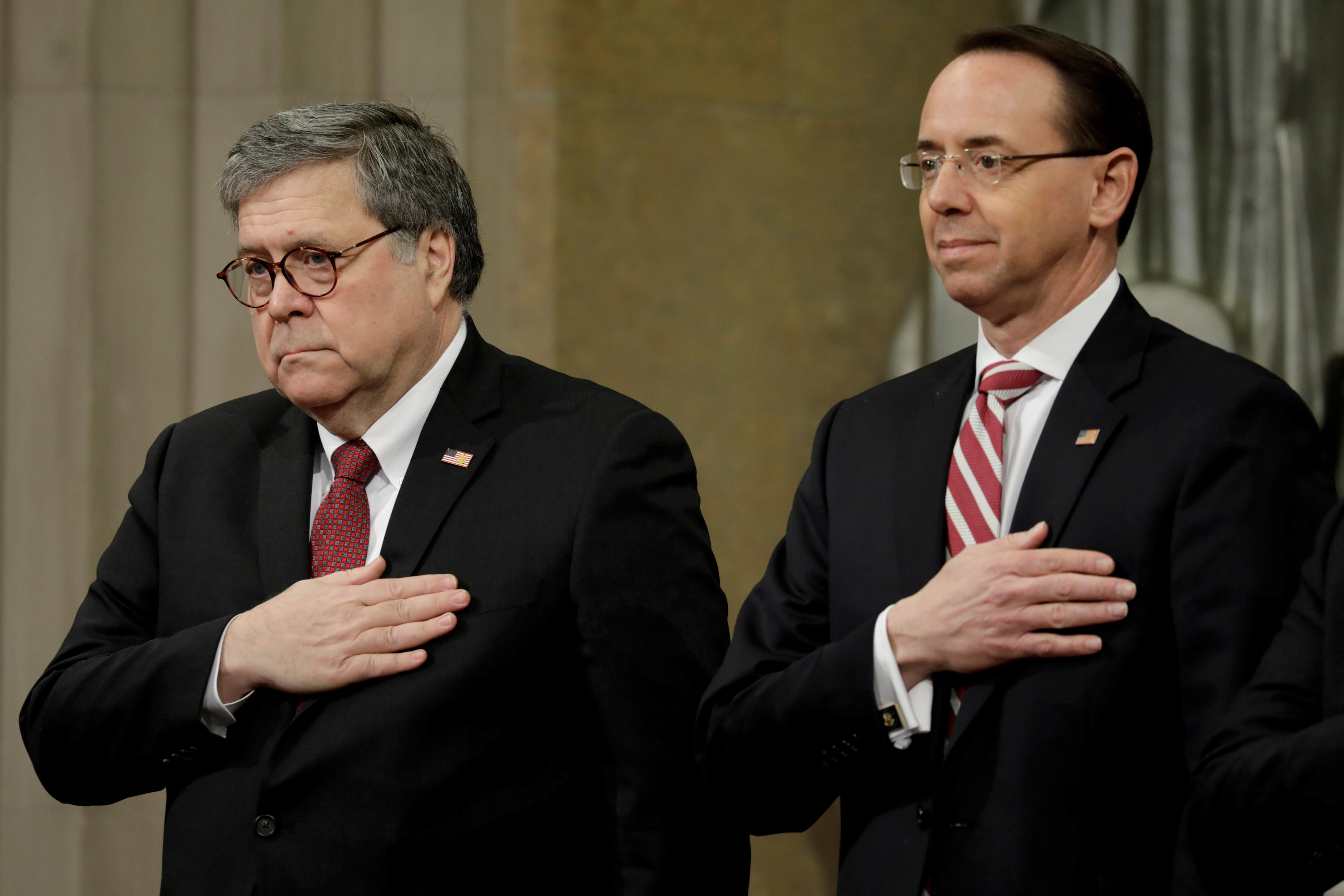 Still, Mueller's remarks gave Democratic presidential hopefuls new fodder to attack the President. But President Trump seems to be quite combative at the prospect of impeachment, and he believes he would win over public support.

Will the investigation continue?

With so many questions still lingering, the investigation is unlikely to end any time soon.
White House tried to downplay the significance of Mueller's remarks. Press Secretary Sarah Sanders issued a statement stressing “no collusion, no conspiracy — and the Department of Justice confirmed there was no obstruction.”
The White House is also trying to re-frame the whole debate from whether the president committed collusion and obstruction of justice to whether the Obama administration spied on the Trump campaign.
President Trump has long charged that the investigation was a politically motivated “witch hunt.” In a tweet immediately after the remarks, he also defended himself as “innocent” and proclaimed “the case is closed! Thank you.”
With the dissolution of the Mueller team came the end of an independent investigation. Mueller indicated he would not appear before Congress to testify. The prospect of future investigations disclosing new information and overriding the long-held practice of not charging a sitting president seems quite low at this time.
But given that his personal attorneys have been convicted, it would be far-fetched to conclude that the president knew nothing of it, and he still claims he is innocent in this case.
(If you want to contribute and have specific expertise, please contact us at opinions@cgtn.com.)