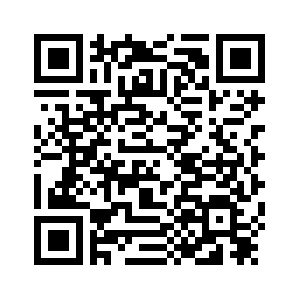 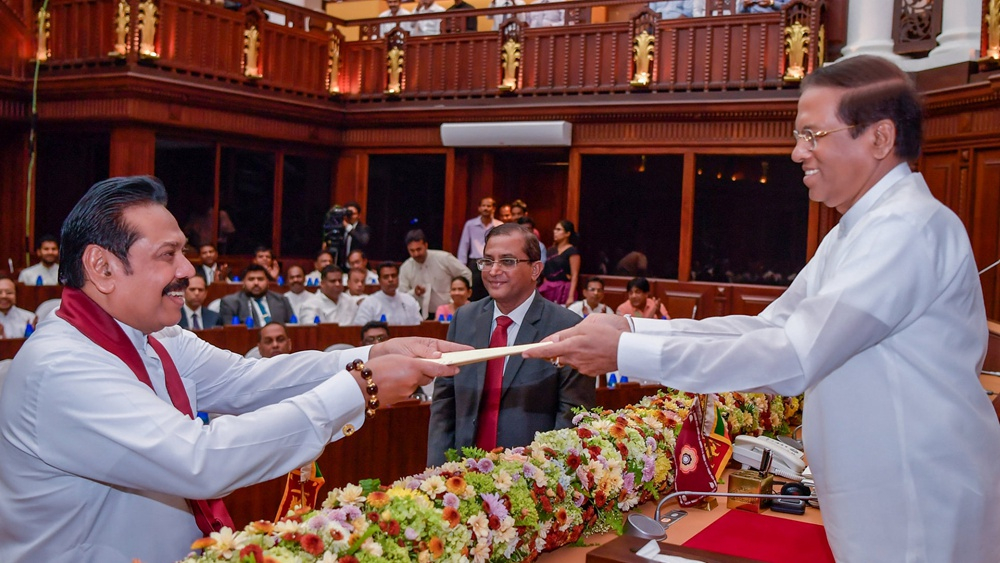 Twelve new ministers were sworn into Sri Lanka's new cabinet on Monday amidst a political crisis prevailing in the island country.
The President's media division said the new ministers were sworn in before President Maithripala Sirisena at the Presidential Secretariat in capital Colombo.
Former President Mahinda Rajapakse, who was sworn in as the nation's new Prime Minister by Sirisena last Friday, took oaths as the new Minister of Finance and Economic Affairs. United People's Freedom Alliance (UPFA) MP Sarath Amunugama was sworn in as the Minister of Foreign Affairs, and UPFA MP Ranjith Siyambalapitiya as the Minister of Power and Energy. 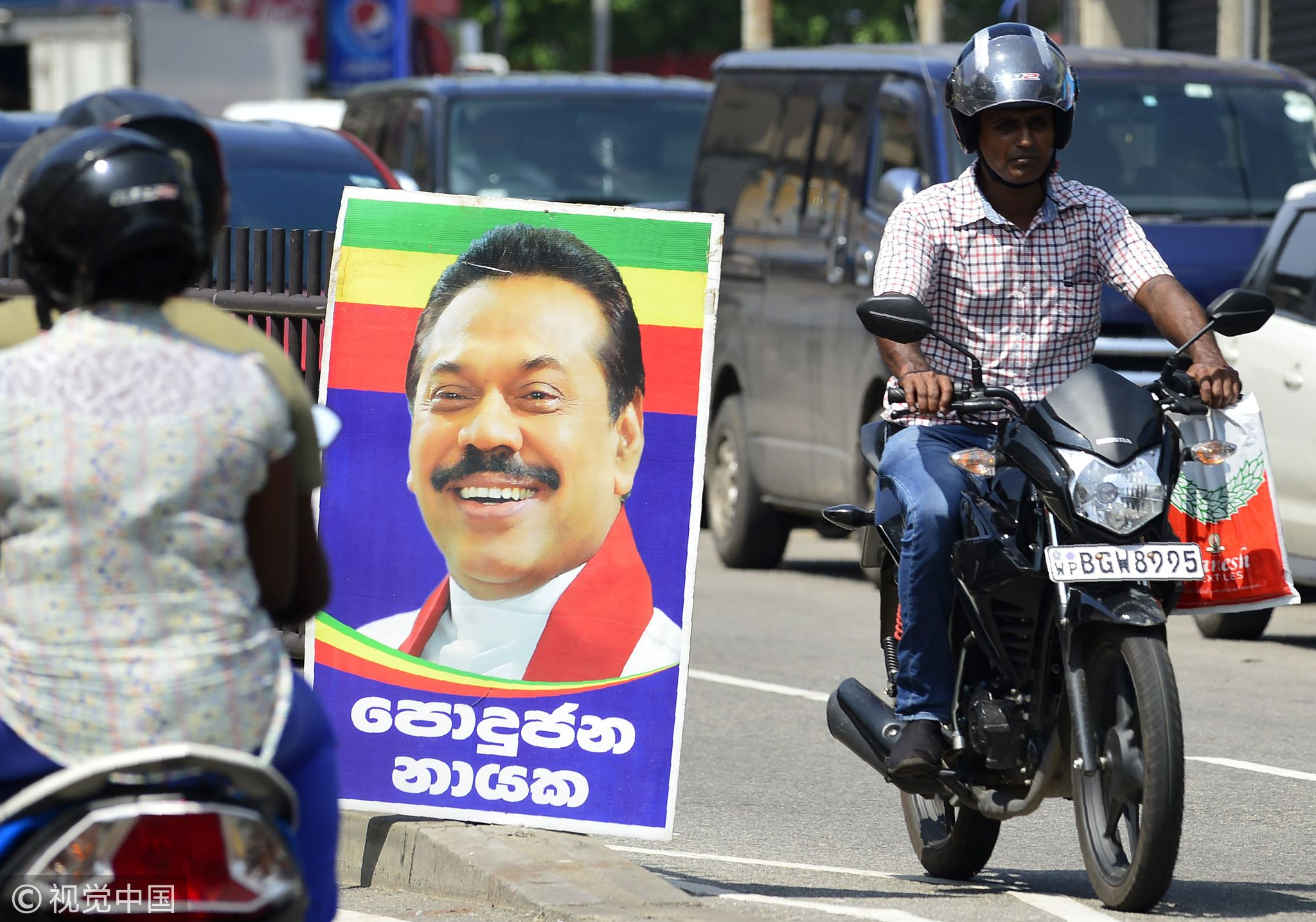 Sri Lankan motorcyclists ride past a poster of Mahinda Rajapakse's after he was sworn in as prime minister in Colombo on October 27, 2018. /VCG Photo

Sri Lankan motorcyclists ride past a poster of Mahinda Rajapakse's after he was sworn in as prime minister in Colombo on October 27, 2018. /VCG Photo

Wijeyadasa Rajapakshe from the United National Party (UNP) was sworn in as the new Minister of Education, and UNP MP Wasantha Senanayake as the Minister of Tourism.
Eelam People's Democratic Party Leader Douglas Devananda was sworn in as the Minister of Resettlement, Rehabilitation and Northern Development and Hindu Religious Affairs. Arumugam Thondaman from Ceylon Workers Congress took the post of the Minister of Hill Country New Villages, Infrastructure and Community Development.
The new ministers took oaths amidst calls by other political parties on Parliament Speaker Karu Jayasuriya to summon the Parliament immediately in order to resolve the political crisis. 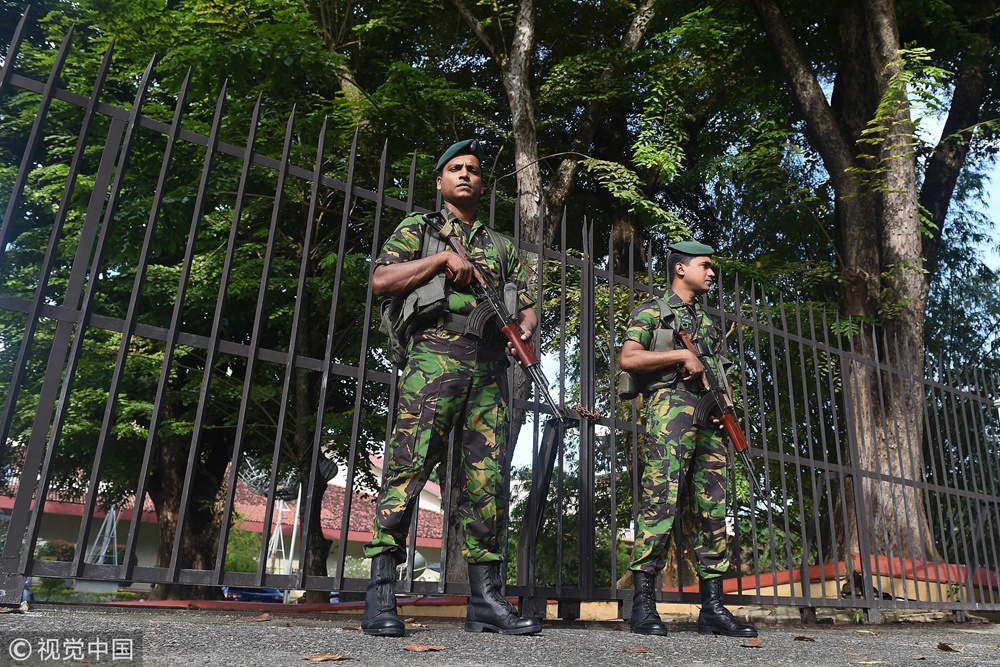 Sri Lanka's crisis erupted after Sirisena sacked his Prime Minister Ranil Wickremesinghe last Friday and appointed former President Rajapakse to the post.
Wickremesinghe said his sacking was illegal and called on the Speaker to summon the Parliament immediately so he could prove his party's majority in the House.
President Sirisena had prorogued the Parliament until November 16 in what Wickremesinghe's supporters say is an attempt to prevent lawmakers from keeping him in power.
"The only way out of this crisis is to resolve who has the majority. Once parliament is summoned, this issue can be resolved," Wickremesinghe told reporters at the prime minister's official residence. 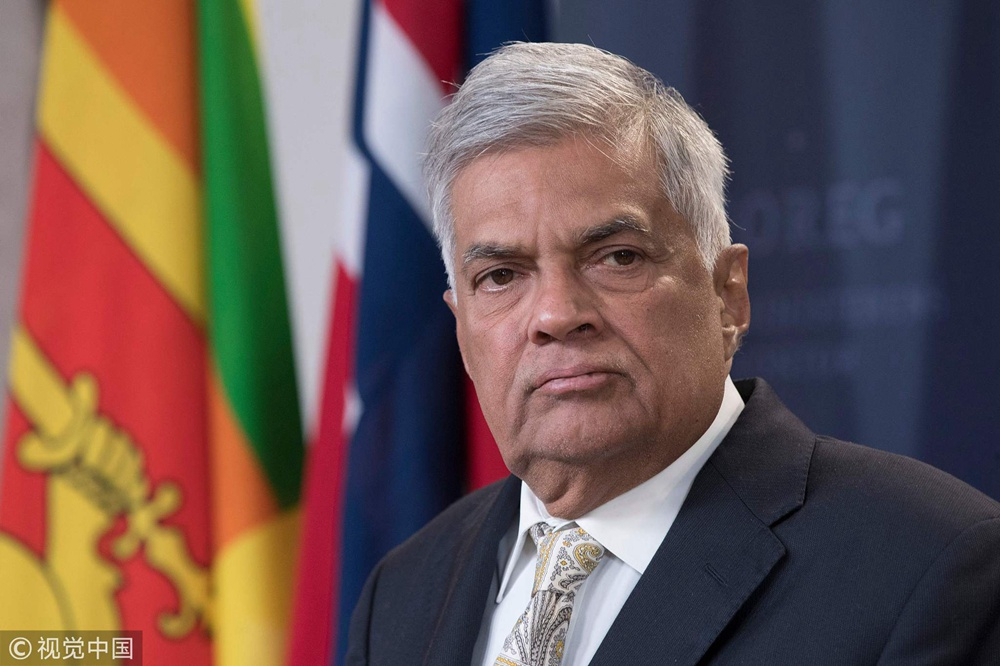 The crisis has already produced some violence.
On Sunday, Arjuna Ranatunga, petroleum minister in the ousted cabinet, tried to enter his office, leading to clashes in which police said his security guard shot and killed one person and wounded two.
Police arrested Ranatunga, a former captain of the Sri Lankan cricket team, on Monday over the killing. He was later released on bail.
Parliament Speaker Karu Jayasuriya – who refused to endorse Sirisena's dismissal of Wickremesinghe – warned that the constitutional crisis could become a "bloodbath."
"We should settle this through parliament, but if we take it out to the streets, there will be a huge bloodbath," said Jayasuriya, who is a member of Wickremesinghe's party but whose post is officially neutral.
The speaker said he had urged Sirisena to let Wickremesinghe prove he has a majority on the floor of the House. He did not say if the president had responded.
(Cover: Sri Lanka's newly appointed Prime Minister Mahinda Rajapaksa (L) is sworn in as the Minister of Finance and Economic Affairs before President Maithripala Sirisena in Colombo, Sri Lanka, October 29, 2018. /VCG Photo)
5172km
Source(s): AFP ,Reuters ,Xinhua News Agency