Not only a treaty in danger
By Zhang Zhilong 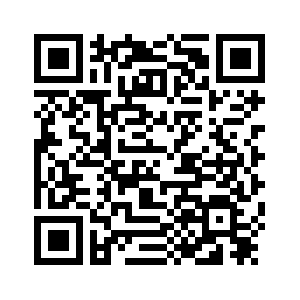 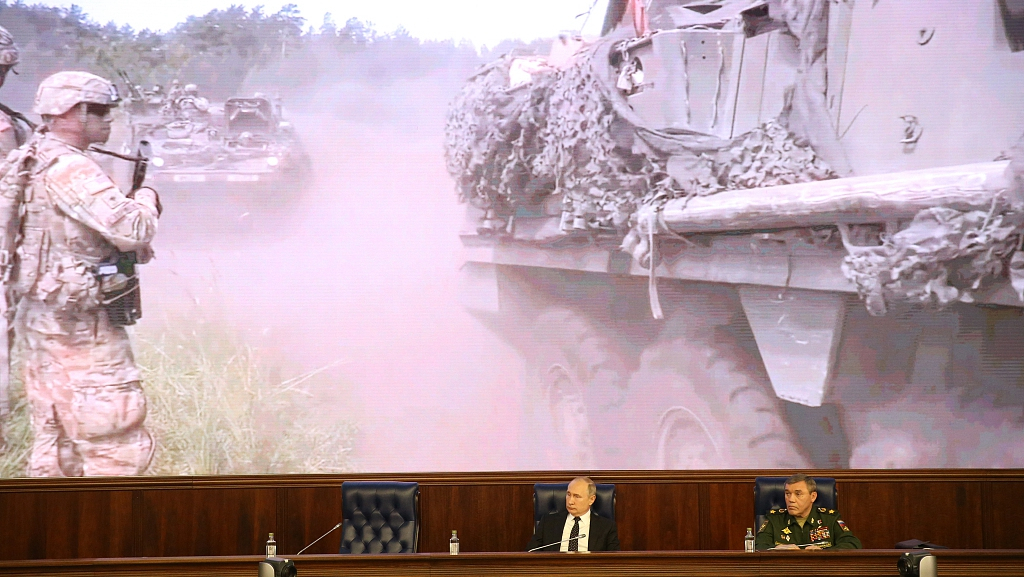 When one has begun to accuse the other of not complying with a treaty, that treaty is already in danger. The INF (Intermediate-Range Nuclear Forces) treaty, signed between the U.S. and former Soviet Union in 1987, is that one.
In December 2018, U.S. Secretary of State Mike Pompeo said the U.S. will begin the process of withdrawing from the treaty if Russia does not comply with it by February 2.
"The U.S. is withdrawing from the INF treaty with Russia on Saturday," announced Pompeo on Friday.
The dispute between the two powers is over 9M729 land-based cruise missile system, whose range, as the U.S. claims, has violated provisions of the treaty, while Russia insists that its range does not exceed 476 kilometers, shorter than the minimum range of 500 kilometers set by the treaty. 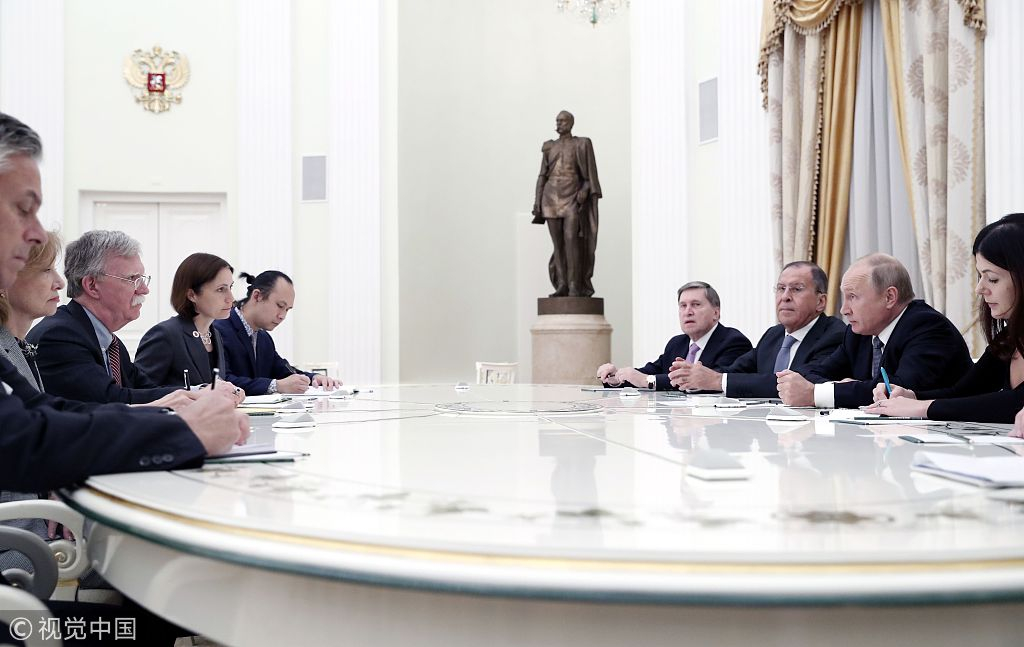 It is in late July 2014 that the New York Times first broke the news, Washington having suspected Russia of violating the INF Treaty. The paper claims that Russia began testing a new missile system as early as 2008.
Russian units have been equipped with new missile systems, which, according to the U.S. observes, are similar to existing weapons systems, compact, mobile and difficult to trace, according to the New York Times in February 2017.
In December 2017, Russia's Foreign Ministry spokesperson, Maria Zakharova, for the first time, admitted the existence of the 9M729 missile system, explaining at the same time that no weapons systems violating INF provisions have been developed or tested.
The INF (Intermediate-Range Nuclear Forces) treaty was signed in Washington D.C. by then U.S. president Ronald Reagan and former Soviet Union leader Mikhail Gorbachev on December 8, 1987.
It requires both superpowers to eliminate and permanently forswear all of their nuclear and conventional ground-launched ballistic and cruise missiles with ranges of 500 to 5,500 kilometers.
In recent years, both the U.S. and Russia have accused each other of violating the treaty.

For the U.S., the precondition to stay in the pact is the total destruction of 9M729 missile. For Russia, this is absolutely unacceptable, as its deputy foreign minister said.
In order to keep the U.S. bound to the treaty, Russia has "extended an olive branch,” but not well received.
Russia is ready to show unprecedented transparency on the 9M729 missile, said its Deputy Foreign Minister Sergei Ryabkov on January 21. The foreign minister insisted that the U.S. should take practical steps to alleviate Russia's concerns on the Aegis Ashore systems, already deployed in Romania, and scheduled to be deployed in Poland soon.
On January 23, Russian Defense Ministry displayed its 9M729 missile to foreign military attaches in Moscow, the first time of such a kind, clarifying that its characteristics do not violate the treaty. 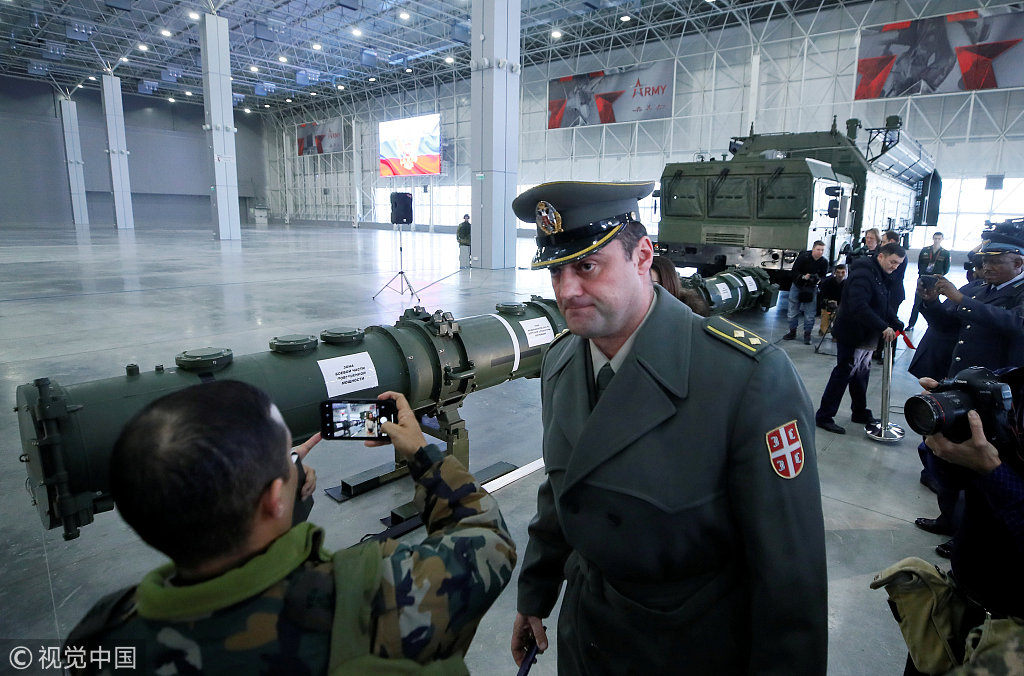 However, representatives from the U.S. didn't attend the briefing.
"Bound by the treaty, the U.S. says it has suffered losses as to its military deployment in Europe and the Asia-Pacific region, and development of its military forces also hindered," said Sun Chenghao to People's Daily, assistant Research Fellow at Institute of American Studies, China Institutes of Contemporary International Relations.
"It does reflect Trump's 'America First' policy to leave the treaty, and China is among the countries targeted by the U.S. which is concerned about China's rapid military development," said Li Xing to CGTN Digital, professor of international relations at Beijing Normal University.
China is not a party to the INF treaty. 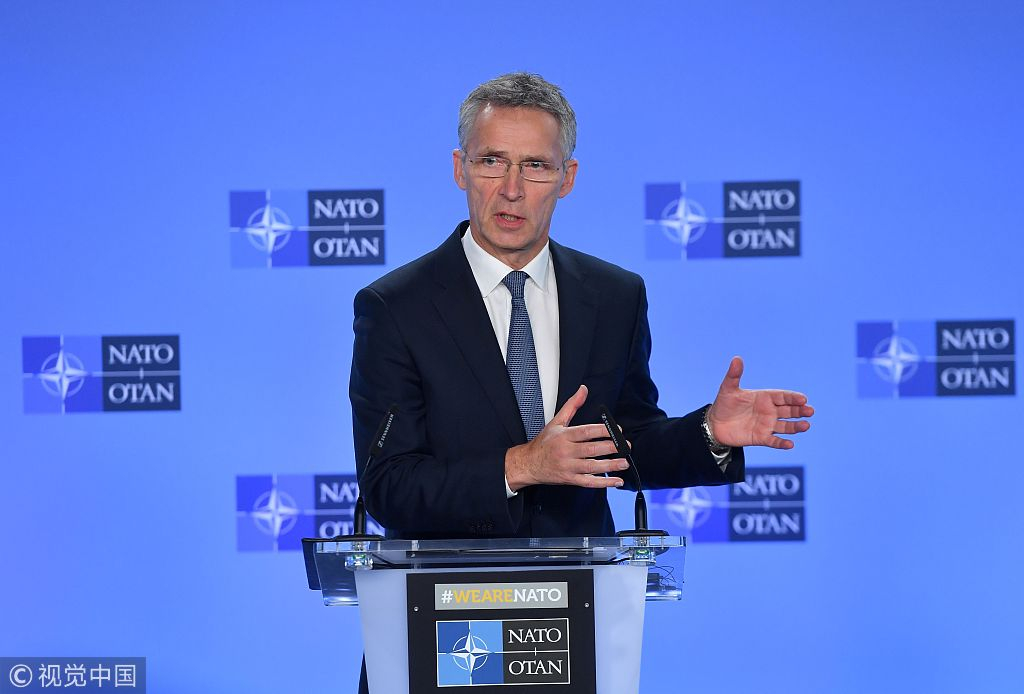 Consultations one after another

Consultations, one after another, between Russia and the U.S., before or after the missile display on January 23, have been held, but no breakthroughs or deals have been reached so far.
It is very important that the INF treaty is preserved and another treaty – New START (the New Strategic Arms Reduction Treaty) to be amended by 2021, said UN Secretary-General Antonio Guterres on January 18, 2019.
The treaty has been crucial to Euro-Atlantic security, but NATO has not seen any signs of a breakthrough, said NATO Secretary-General Jens Stoltenberg after a meeting of the NATO-Russia Council in Brussels on January 25.

"It is NATO's European members who are to suffer because they are within the range of missiles banned by the treaty," said Li Xing, explaining that Mikhail Gorbachev made compromise then because technologies used by missiles banned by the treaty are what Russia is good at.
Leaders of some European countries do show concerns, as shown by what they said within days one after another in October 2018.
In a telephone conversation with Donald Trump on October 22, French President Emmanuel Macron stressed the importance of the treaty in safeguarding European security and stability. Germany is to seek help from NATO to maintain the treaty, said its Foreign Minister Heiko Maas on October 23. Italian Prime Minister Giuseppe Conte said on October 22 that he was concerned over the intention of the U.S. to withdraw from the treaty.
"Once the INF treaty is torn up, some member states of NATO will be affected first and become a 'hostage' of arms race between Russia and the U.S.," said Fang Xiaozhi to China National Defense Daily, scholar of international relations at the National University of Defense Technology, explaining that the U.S. will possibly deploy medium-range missiles in Europe after leaving the treaty, and Russia will target those missiles deployed by the U.S.
(Top image: Russian President Vladimir Putin and First Deputy Defense Minister Valery Gerasimov (R) watch a presentation with top officials in Moscow, December 18, 2018. /VCG Photo)