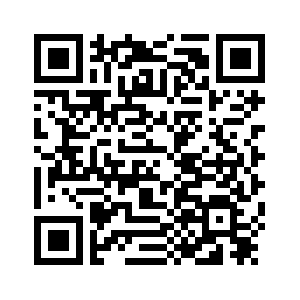 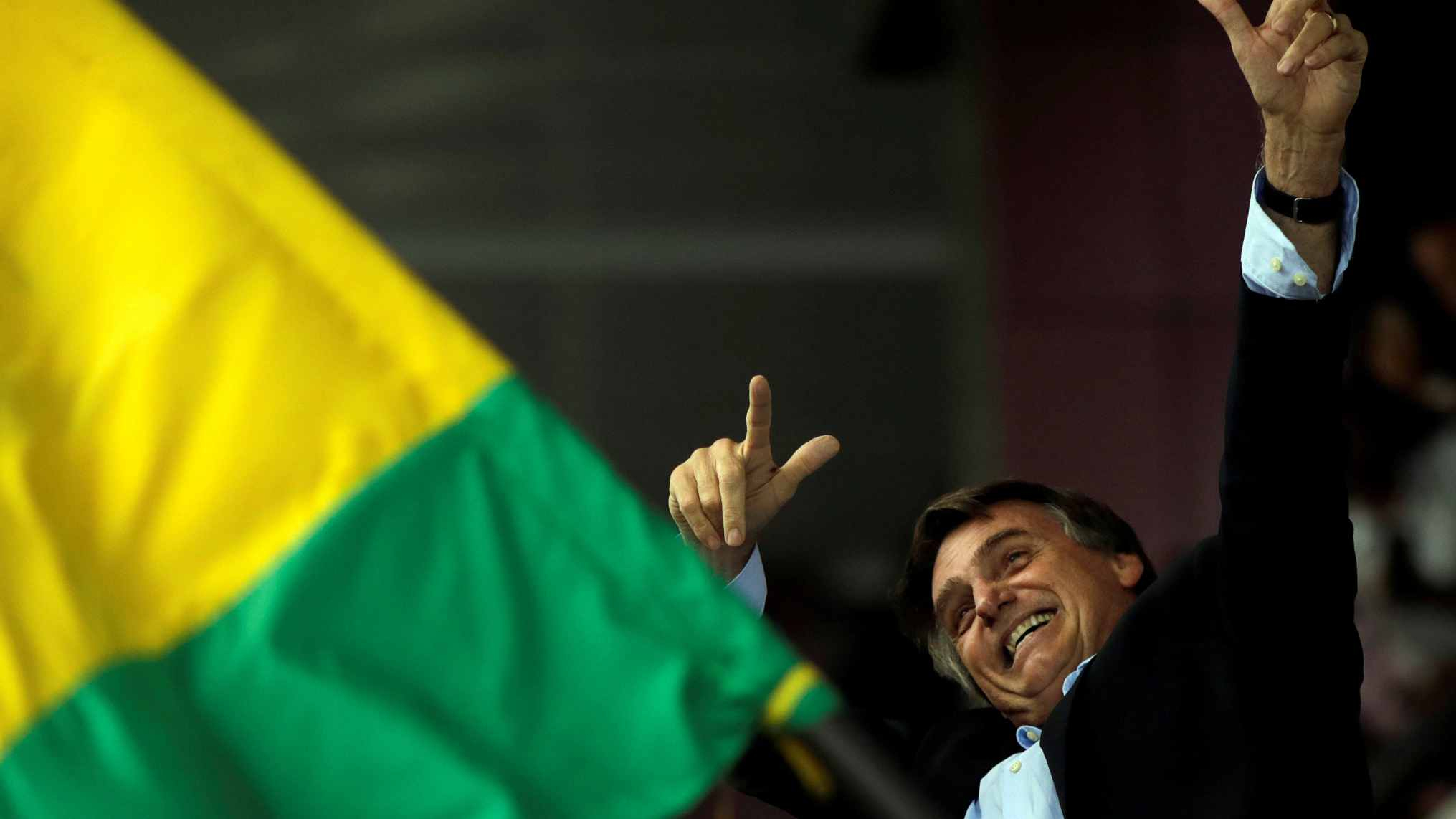 Former Trump White House adviser and conservative firebrand Steve Bannon said on Friday he was endorsing Brazil's far-right presidential candidate Jair Bolsonaro, hoping he could win Sunday's vote and contribute to a global populist tide.
"Captain Bolsonaro is a Brazilian patriot, and I believe a great leader for his country at this historic moment,” Bannon said in a text to Reuters about the former military officer.
A poll published Thursday by Vox Populi found that the difference between far-right candidate Bolsonaro and Fernando Haddad is at five points a few days before the second round of the presidential ballot on Sunday.
Bolsonaro's team has courted Bannon's support and his son Eduardo tweeted in August about visiting with him in New York. 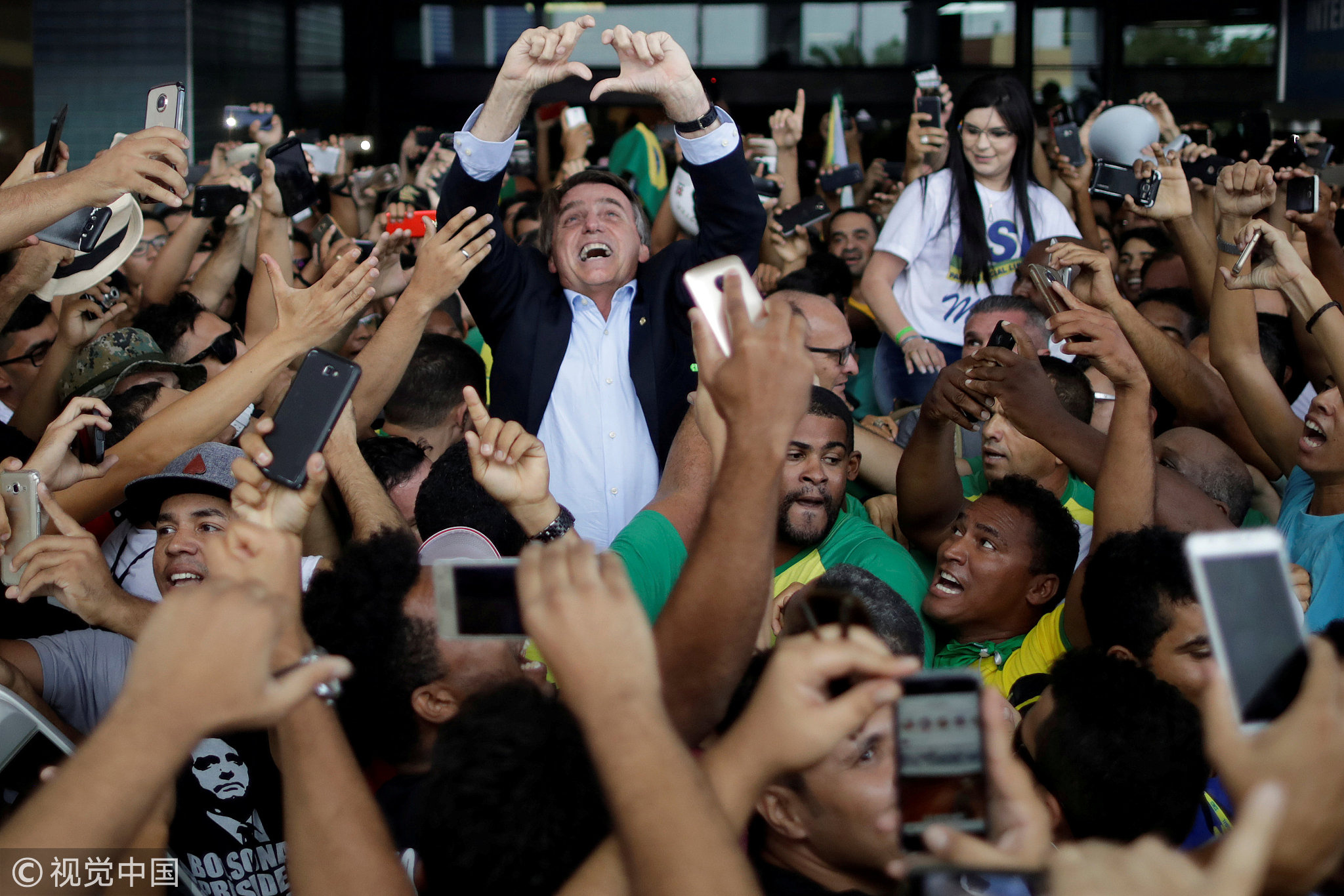 Federal deputy Jair Bolsonaro, a pre-candidate for Brazil's presidential election, is greeted by supporters as he arrives at Luis Eduardo Magalhaes International Airport in Salvador, Brazil, May 24, 2018. /VCG Photo

Federal deputy Jair Bolsonaro, a pre-candidate for Brazil's presidential election, is greeted by supporters as he arrives at Luis Eduardo Magalhaes International Airport in Salvador, Brazil, May 24, 2018. /VCG Photo

"We had a great conversation and we share the same worldview,” wrote Eduardo Bolsonaro, the top-voted congressman in Brazil, above a smiling photo by his side. He said they planned "to join forces, especially against cultural Marxism.”
Opinion polls point to a decisive win for Bolsonaro in the run-off vote against his leftist rival Fernando Haddad on Sunday. The tough-talking right-wing lawmaker has successfully pitched himself as the one to clean up a corrupt political establishment and crack down on crime.
"The populist movement is a global phenomenon,” Bannon told Reuters in an interview this week. "The trend is definitely in our favor and that's why I think Bolsonaro will win big.”
He added that he was not working for Bolsonaro's campaign.
Bannon, the chief strategist of Trump's 2016 campaign, said he saw similarities between the political and economic forces that elevated Bolsonaro and that swept his former boss to power.
"He's a figure like Trump,” Bannon said of Bolsonaro.
It was the 2008 financial crisis that "lit the fuse that exploded with Donald Trump's candidacy and his presidency,” Bannon said in the interview earlier this week. "Brazil is going through that type of crisis now.” 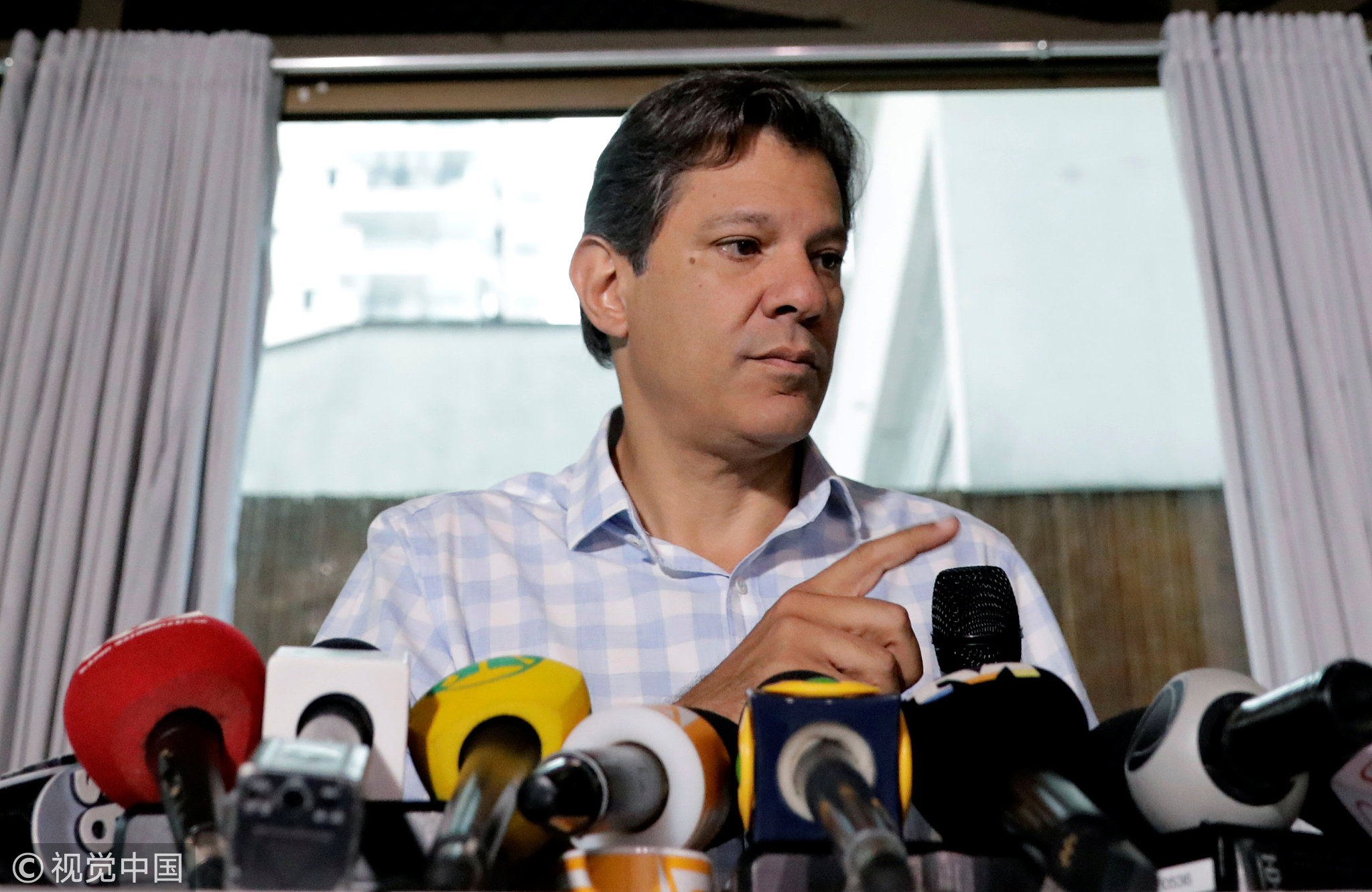 Jair Bolsonaro has begun to shape policies and choose high-ranking ministers for the government he plans to form after his expected landslide victory in Sunday's run-off election.
He also said on Thursday that he would not pull his country out of the Paris Agreement on climate change, reversing his earlier statements that he would exit the accord.
About 60 percent of the Amazon rainforest lies within Brazil's borders, and scientists have said that its protection is vital to combating rising global temperatures, with the jungle acting as a natural carbon sink that takes in greenhouse gases.
Source(s): Reuters