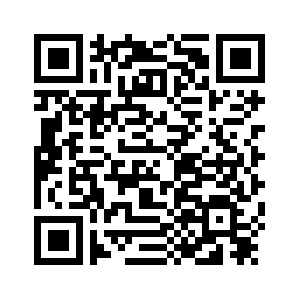 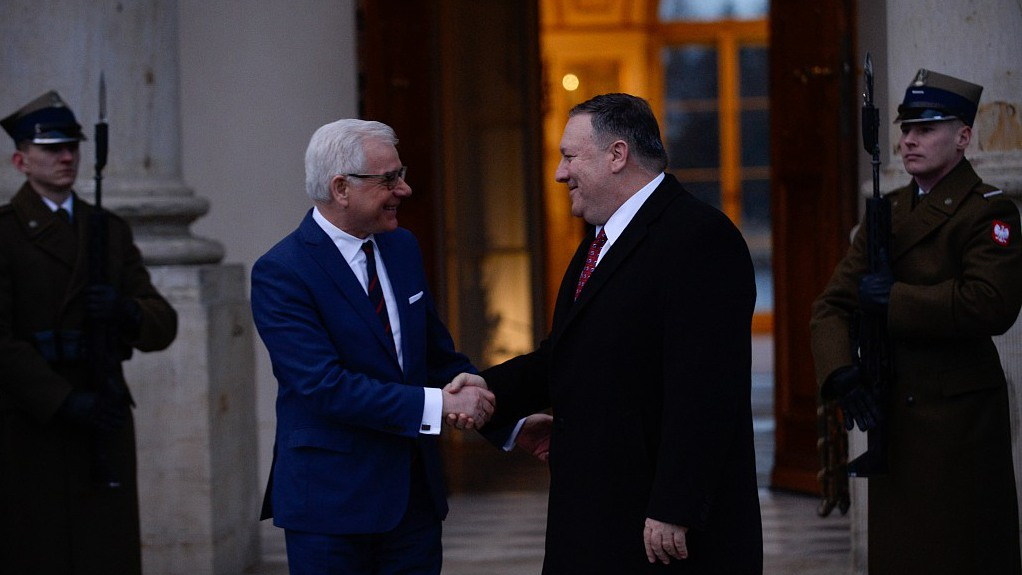 Editor's note: Wang Jin is a research fellow at the Charhar Institute and the Syria Research Center of the Northwest University of China. The article reflects the author's opinion, and not necessarily the views of CGTN.
The Warsaw Summit on Peace and Security in the Middle East is being held this week and the Iranian issue is topping the agenda. U.S. President Donald Trump is widely expected to highlight the "threat" of Iran in the Middle East to other conference participants.
Trump's attempt to propagate the "Iranian threat" concept is not welcomed by most European states it seems, as the foreign ministers of major European powers, including Russia and France, and the High Representative of the European Union for Foreign Affairs and Security Policy Federica Mogherini have already announced that they will not attend the summit.
Given the hostile attitude adopted by Poland against Russia and the newly established mechanism to encourage business connections between EU companies and Iran, it is not difficult to understand Washington's attempt to promote its anti-Iran views from Warsaw. 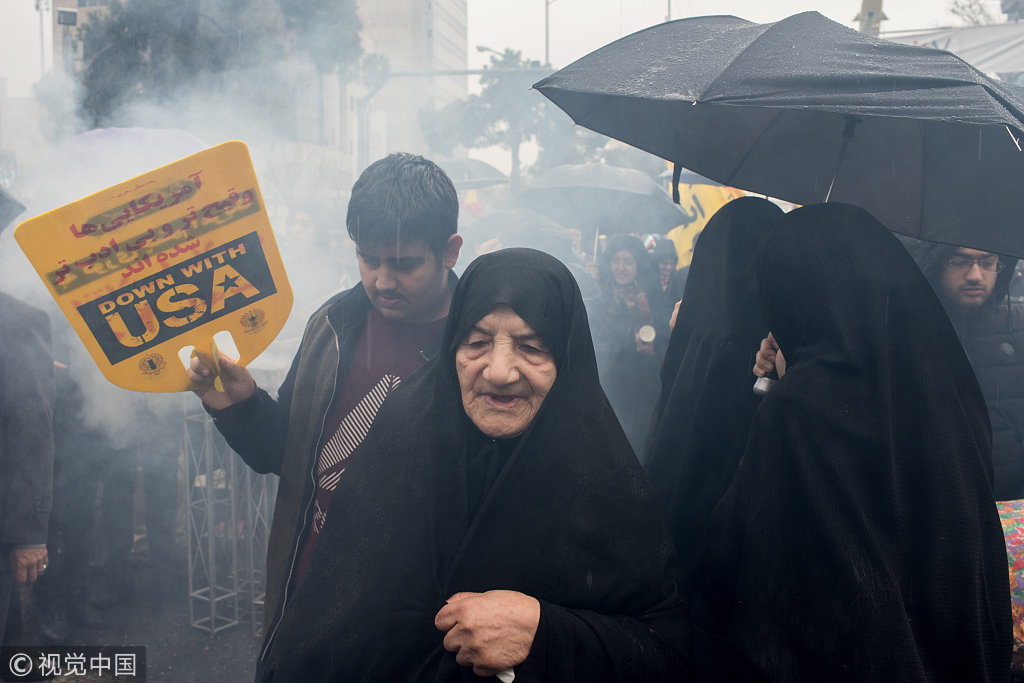 A young protester is holding a sign that says "Americans have become more hideous and rude, Down with the U.S." during a rally marking the 40th anniversary of the Islamic Revolution in Tehran, Iran, February 11, 2019. /VCG Photo

A young protester is holding a sign that says "Americans have become more hideous and rude, Down with the U.S." during a rally marking the 40th anniversary of the Islamic Revolution in Tehran, Iran, February 11, 2019. /VCG Photo

It might come as a surprise for Tehran that the Polish government could stand with Washington to host such a summit targeting Iran.
In World War II, Iran accepted more than 100,000 Polish refugees from the Nazi occupation, and it is hard to believe that Poland would partner with Washington to disseminate the "Iranian threat" rhetoric.
Iran was angered by Poland's decision to host such a summit, and proceeded to suspend the Polish Film Festival, originally scheduled for January. Given the little connections between Poland and Iran, Tehran can actually do very little to retaliate against Warsaw's decision to host the summit.
Poland has been seeking closer ties with the U.S. and does not want to risk a major conflict with Washington over the Iranian issue ahead of a plan to enhance U.S. military presence in the country in March.
Meanwhile, Poland sees it has an important role in both Europe and the world, and believes that the "traditional European states," especially France, Britain, and Germany, cannot represent the whole of Europe.
When these countries criticized Donald Trump's withdrawal from the Joint Comprehensive Plan of Action (JCPOA) signed in 2016, some Polish diplomats complained that their interests and concerns were not respected.
It is not difficult for the U.S. to understand the little support of most European states over Washington's claims of Iranian threat in the Middle East.
However, the real purpose for the U.S. government is to create the right circumstances to advance its agenda.
The Munich Security Conference, a major security and political forum in Europe, will be held in mid-February, just days after the Warsaw summit. Highlighting the "Iranian threat" in Warsaw might help the U.S. prepare its anti-Iran propaganda on various platforms and at different conferences. 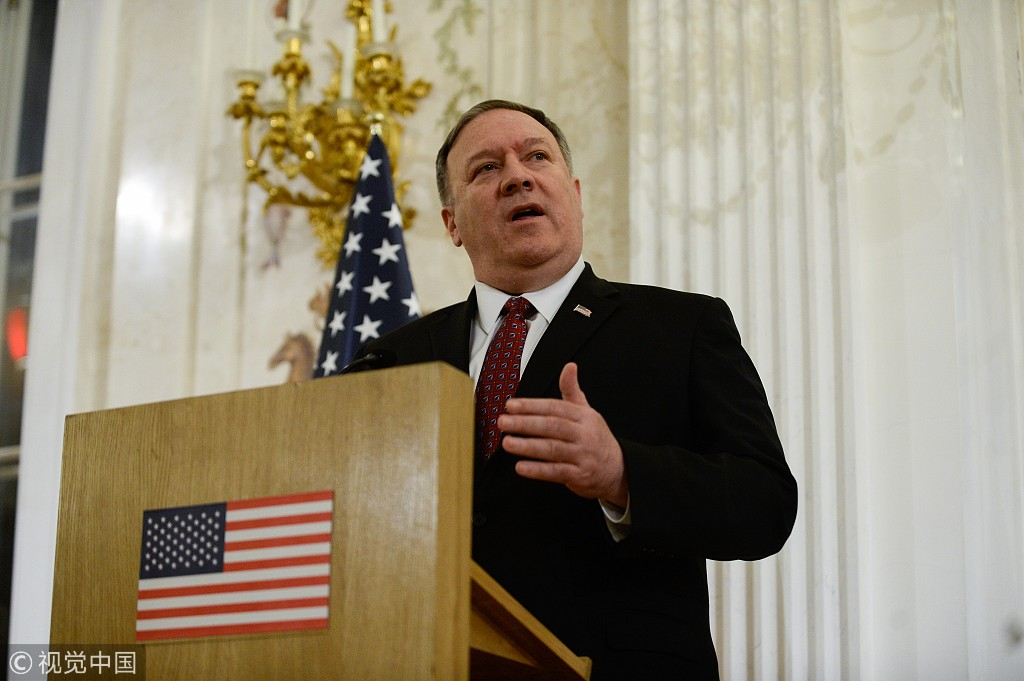 Another purpose for Washington is to plant the seed of discord between Iran and Europe. Although EU states, including Poland, have kept their commitment over the JCPOA, more Iranians are complaining that Iran is getting nothing from Europe.
There is a widespread belief inside Iran that the European states could do nothing to save the JCPOA and that the Europeans are not able to deliver any meaningful benefits to Iran. Given the close ties between the EU and U.S., many Iranians believe that Germany, France, and Britain would sooner or later be dragged into Trump's choir of hostile voices against Tehran.
However, the real problem for the U.S. policy towards Iran lies in what Washington really wants from Tehran.
Is Washington seeking a regime change on the 40th anniversary of the ousting of the U.S.-aligned Shah regime and the establishment of the Islamic Republic of Iran, or is it seeking the significant destruction of Iran's economic system through blockade and sanctions? Trump and Washington can only choose either, not both.
(If you want to contribute and have specific expertise, please contact us at opinions@cgtn.com.)