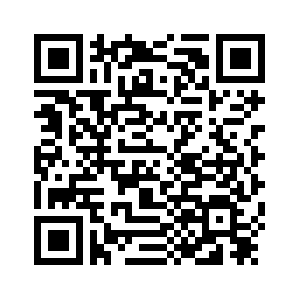 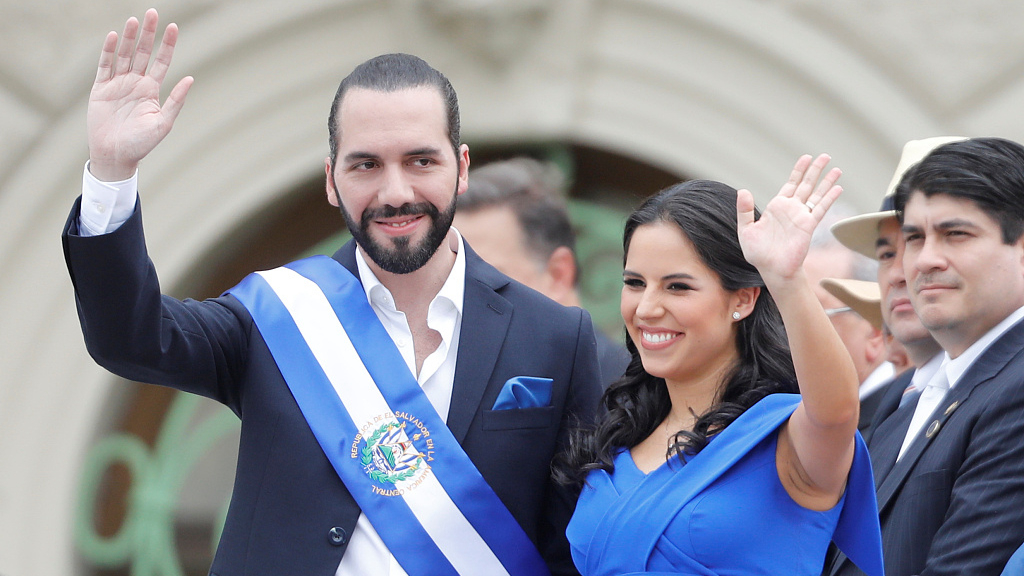 Editor's Note: Pan Deng is a member of the Academic Committee at the Charhar Institute and executive director of the Latin America and Caribbean Region Law Center of China University of Political Science and Law. The article reflects the author's opinion, and not necessarily the views of CGTN.
On June 1 local time, the Chinese envoy and Vice Foreign Minister Qin Gang attended the inauguration ceremony of Salvadoran President Nayib Bukele. Before that, the official Twitter account of the "Nuevas Ideas" party uploaded photos and videos of recent meetings between the two, and commented that the new president "ensures a great future for relations between China and El Salvador."

The new president won the general election in February this year. El Salvador had established diplomatic relations with China for just half a year.
The Central American country's political arena has long been dominated by the right-wing Nationalist Republican Alliance and the left-wing Farabundo Martí National Liberation Front (FMLN), while the latter has clearly gained the upper hand since 2009. Bukele rode on the trend and became a rising star within FMLN.
However, his road to the presidency was not without twists and turns.
In October 2017, he was expelled from FMLN for political infighting within the party. In El Salvador, only political parties are eligible to launch candidates, so the persistent young man founded the "Nuevas Ideas" Party to echo the public's disenchantment with the country's sclerotic political culture and outdated election approach. 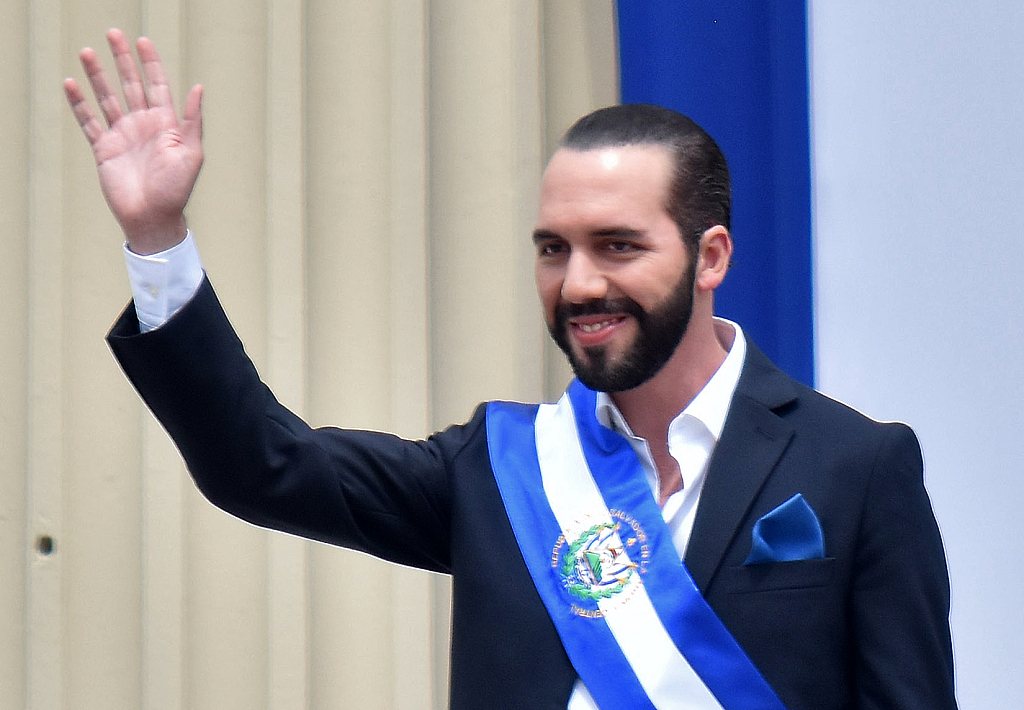 Despite the dislike of each other's policy agenda, the two establishment parties seemed unbelievably united in preventing “Nuevas Ideas” from nominating candidates. As election day approached, Bukele had to use an existing party as a vehicle for his campaign. He eventually chose the little-known party of Grand Alliance for National Unity (GANA) and made a comeback.

Bukele, who took the presidency after much hassle, is understandably disgruntled with the former government and FMLN. Moreover, in a pluralistic democracy, it is also an inevitable choice for a new president to put a target on the back of the previous administration and attack its domestic and foreign policies.
Former President Salvador Sánchez decided to establish diplomatic relations with Beijing in the second half of last year amid great uncertainties in the domestic election. It was a courageous move which not only fulfilled the wishes of past several governments, but also left a diplomatic legacy recognized as most in line with the country's long-term interests.
However, it came at a bad timing as it "coincided" with the presidential election. Right after Bukele won the election, he publicly declared on a number of occasions at home and abroad that he would take actions to abolish a series of measures of the former government, including “reviewing relations with China.”
The U.S. policy added extra incentive for the new president to shy away from China.
The White House was infuriated upon knowing the establishment of diplomatic relations between China and El Salvador. It issued a tough statement that the latest change "affected the economic health and security of the entire Americas." The U.S. also recalled its ambassador from El Salvador. 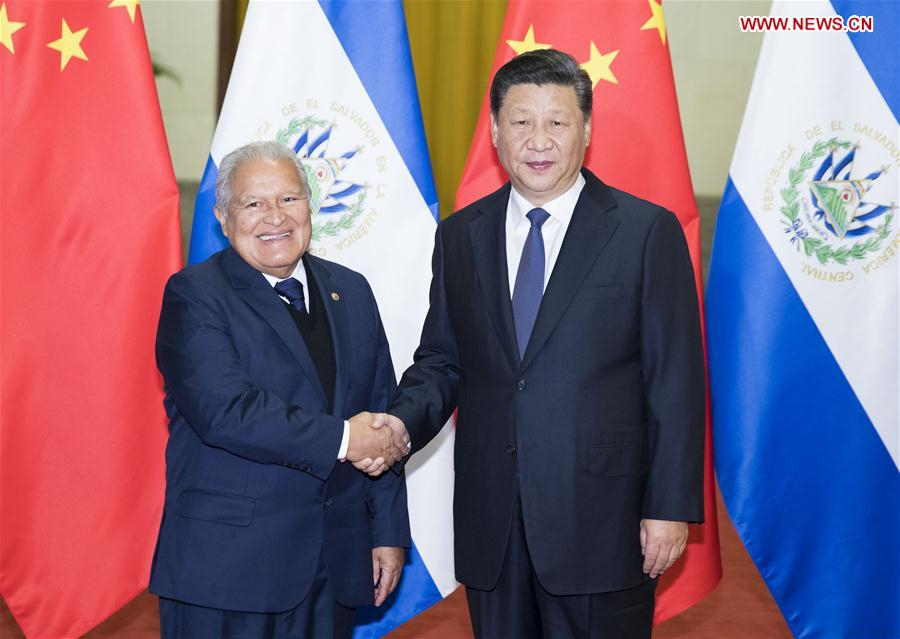 However, the then president was insubordinate, and he publicly responded to the absurd statement made by Washington by pointing out the fact that the U.S. established diplomatic ties with China more than 40 years ago. During the ex-president's visit to China last November, his respect for this great Asian country was thinly veiled.
But for the newly elected president who is yet to prove himself, Bukele has to take into account the feelings of the United States. With a population of 6.2 million, El Salvador has a diaspora community of millions in the U.S., and their remittances are the country's most important source of income.
But as early as the beginning of 2018, the U.S. government revoked the residence permits for 200,000 of them who along with other irregular immigrants has issued a deadline for the expulsion of September 9, 2019. So this was Bukele's top priority the moment he took office.
Therefore, after winning the election, he first met with the U.S. ambassador and made his first state visit Washington.
After meeting with U.S. politicians, he delivered a speech at the American Heritage Foundation to cater to the U.S. on March 13, claiming that "he has not yet made a decision on relations with China." However, his knowledge of China was very limited, and he had always avoided direct contact with China in the subsequent days.
Diplomatic relations between El Salvador and Beijing, which was just normalized, were once again in the balance because of the ambiguous attitude of the new president. 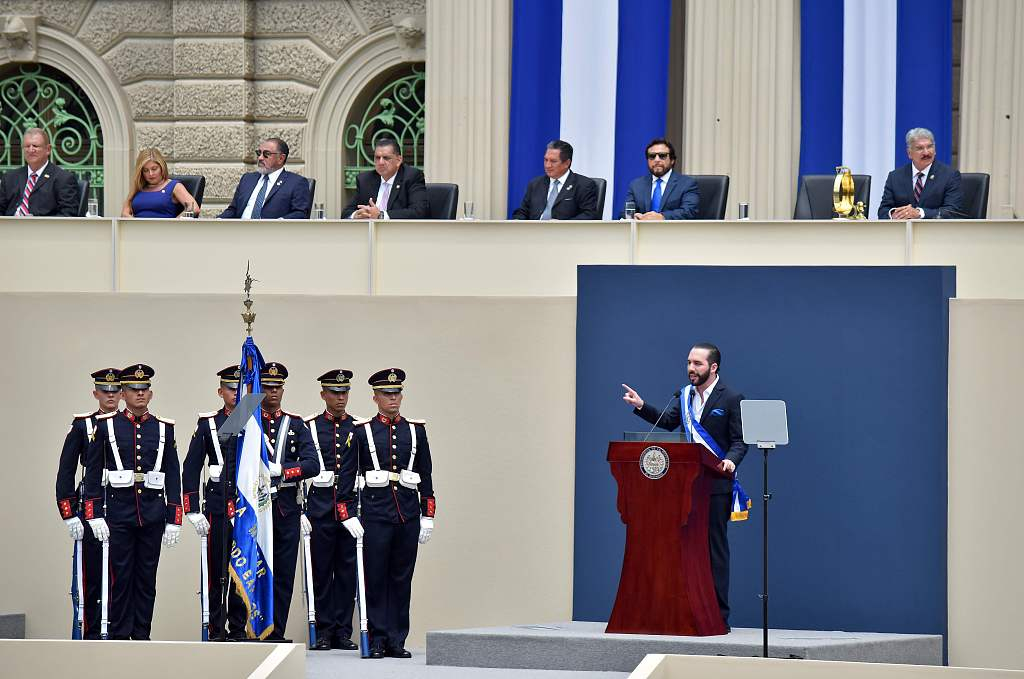 Although the current predicament faced by the two countries is not caused by China, Beijing still has exercised restraint and continued to show goodwill to live up to the image of a major country.
Since March, China has invited councilors, mayors and media from El Salvador to visit China intensively to create opportunities for all walks of life in the country to understand China and dispel their misunderstanding about China.
It is gratifying to see that Bukele's dialogue with the Chinese vice foreign minister the day before his inauguration showed that his understanding of China has undergone positive changes.
Bukele is shaking off external pressure, overcoming the shackles of ideology, choosing partners and exploring the development path by keeping in mind the future of his country and the interests of his people.
At present, China is already the second largest source of imports for El Salvador, and its exports to China have also grown strongly. A number of Chinese projects that are in line with El Salvador's development strategy and benefit local people's livelihood is moving ahead, with some already bearing fruits.
The Sino-El Salvador cooperation is ready to be upgraded and enter the fast lane at any time.
With the deepening of mutual trust between the two countries, I believe that Bukele will have a stronger political commitment than his predecessors to promoting the healthy development of relations with China in order to help the local economic development and improve people's livelihoods.
(If you want to contribute and have specific expertise, please contact us at opinions@cgtn.com.)