Call for unity government and vote recount in DRC
CGTN 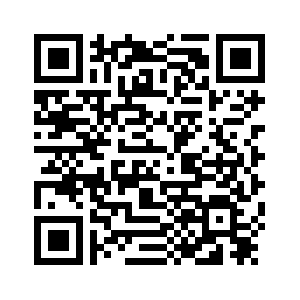 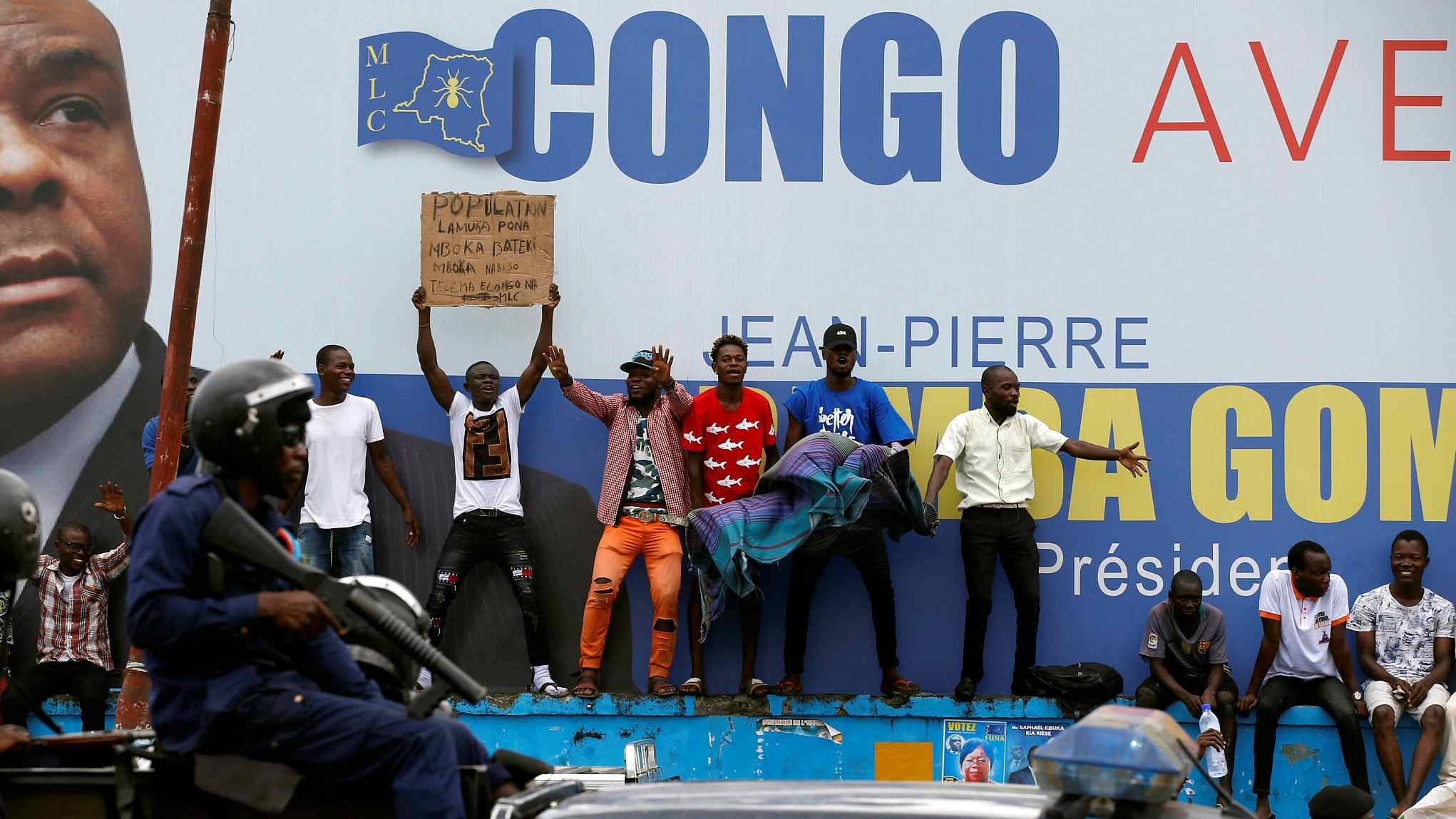 An African regional bloc on Sunday called for a unity government in the Democratic Republic of the Congo following disputed presidential elections, while also urging a recount of the ballots.
The Southern African Development Community (SADC) said political leaders should agree to a negotiated settlement after opposition leader Felix Tshisekedi was declared winner of the December 30 poll, to widespread surprise.
Another opposition candidate and former oil executive, Martin Fayulu, had been seen as the clear frontrunner and has appealed to the Constitutional Court to annul the result and have a recount. 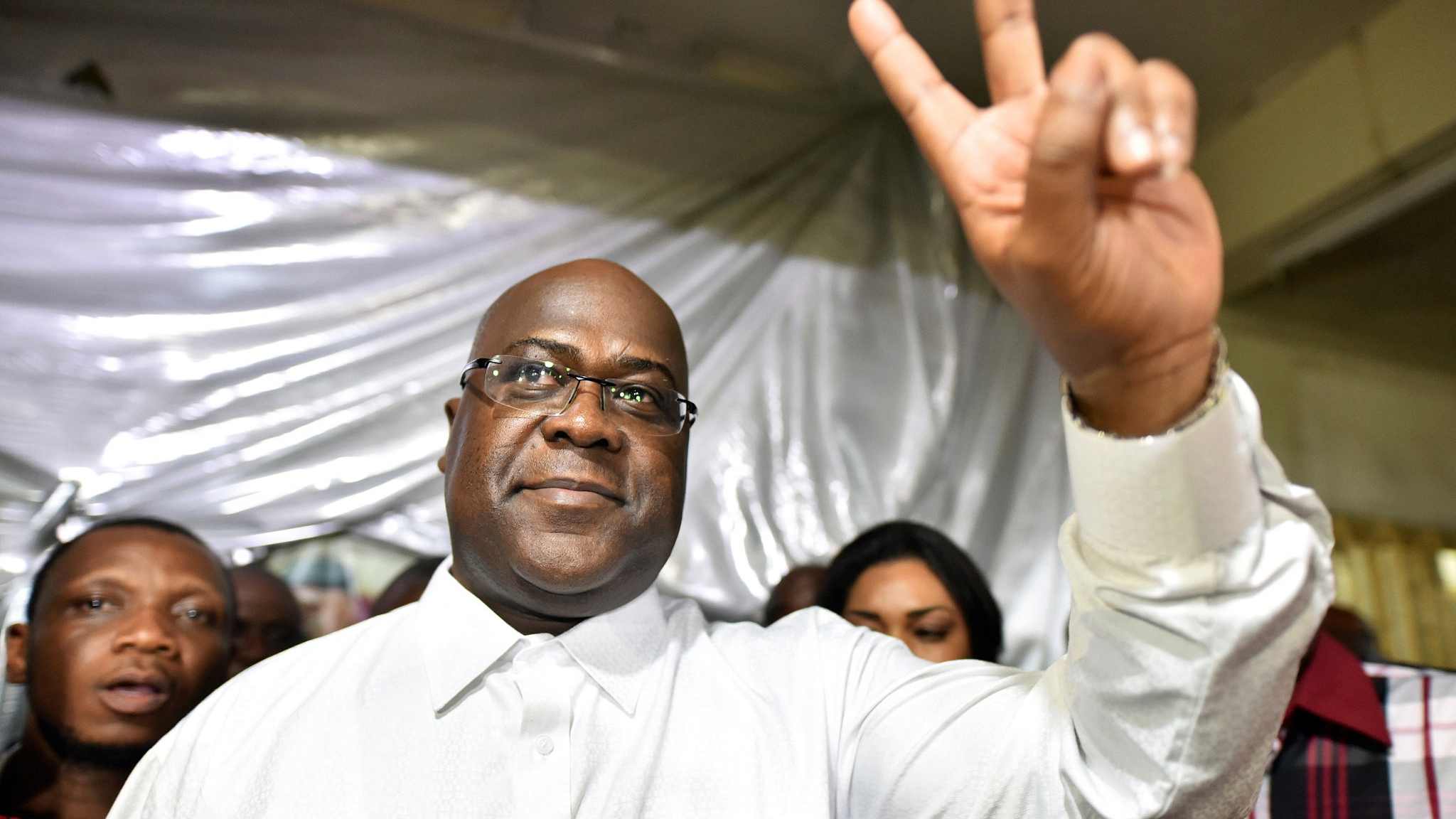 Felix Tshisekedi, leader of the Congolese main opposition party, who was announced as the winner of the presidential elections, gestures to his supporters in Kinshasa, Democratic Republic of the Congo, January 10, 2019. /VCG Photo

Felix Tshisekedi, leader of the Congolese main opposition party, who was announced as the winner of the presidential elections, gestures to his supporters in Kinshasa, Democratic Republic of the Congo, January 10, 2019. /VCG Photo

It had been hoped that the vote to replace President Joseph Kabila would see the first peaceful transition of power in the DRC since independence from Belgium in 1960. But sporadic outbreaks of post-election violence in the vast country – roughly the same size as Western Europe – has left observers concerned the unrest could escalate into a wider conflict.
The electoral commission last Wednesday announced that Tshisekedi had won with 38.57 percent of the vote, while Fayulu came second with 34.8 percent. Former interior minister Emmanuel Shadary – Kabila's chosen successor – came third.
The election, originally due in late 2016, finally went ahead after numerous delays despite organizational concerns, controversy over voting machines, insecurity and an Ebola outbreak. 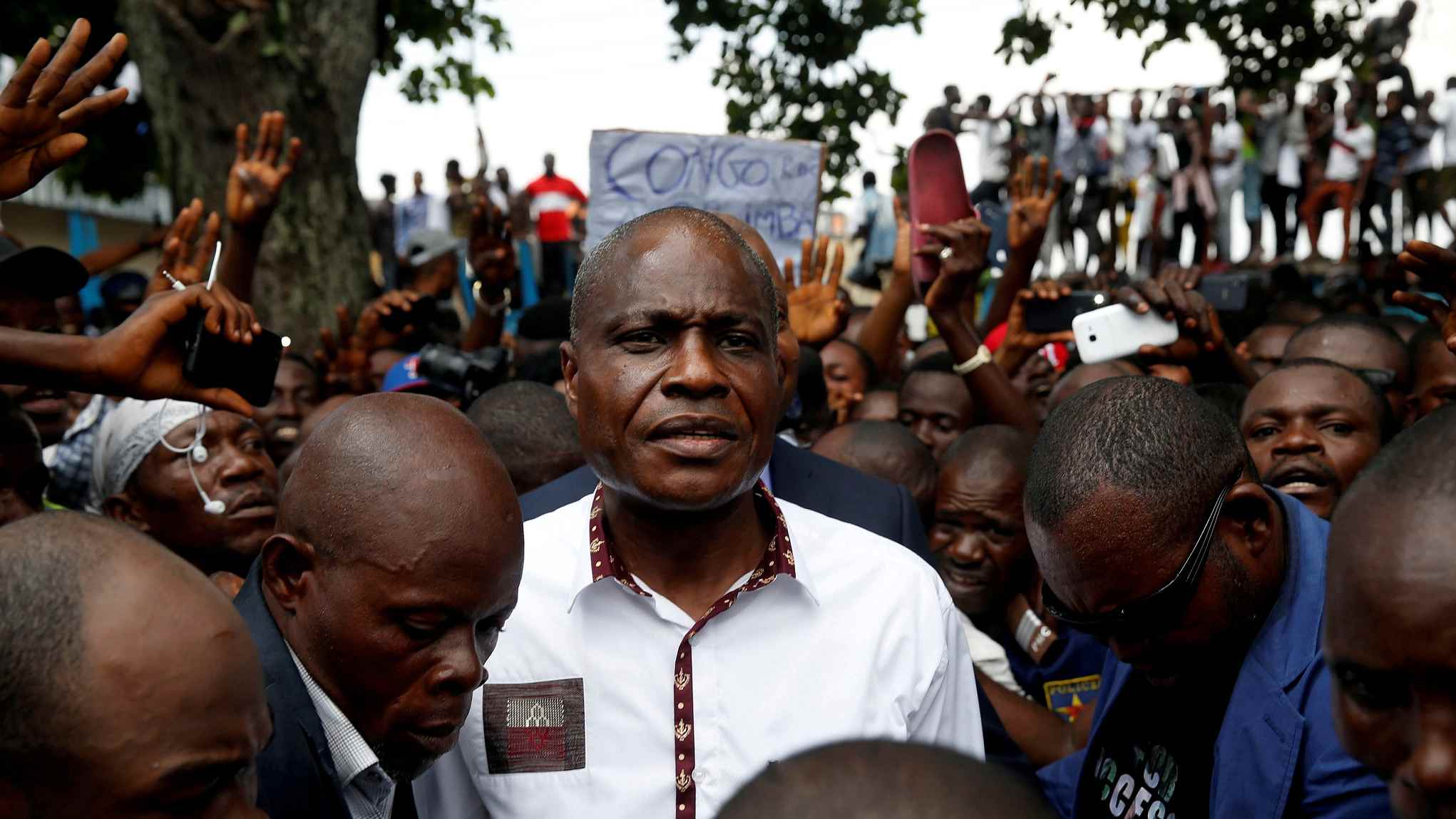 Martin Fayulu, runner-up in the presidential election, arrives at a political rally in Kinshasa, Democratic Republic of the Congo, January 11, 2019. /VCG Photo

Martin Fayulu, runner-up in the presidential election, arrives at a political rally in Kinshasa, Democratic Republic of the Congo, January 11, 2019. /VCG Photo

On Sunday, the SADC urged "all political leaders to consider a negotiated political settlement for an all-inclusive government" in the sprawling central African country.
Zambian President Edgar Chagwa Lungu, whose country currently holds the rotating presidency of the 16-member SADC, said such a move would "enhance public confidence, build bridges and reinforce democratic institutions of government and the electoral process for a better Congo."
Lungu has spoken to Tshisekedi and "other stakeholders within and outside of the DRC," the SADC said in a statement
Noting "strong doubts" over the results voiced by the DRC's powerful Roman Catholic Church – which had deployed more than 40,000 poll monitors – as well as Fayulu's camp and other observers, SADC said it "feels a recount would provide the necessary reassurance to both winners and losers." SADC includes South Africa and Angola, which have economic interests in the DRC.
Several Western governments have expressed concern about the results, with the United States calling for "clarification." The European Union on Thursday said it was waiting for "the reactions of different observation missions that have observed the elections."
11255km
Source(s): AFP