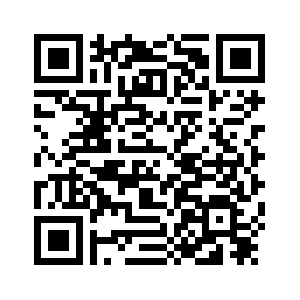 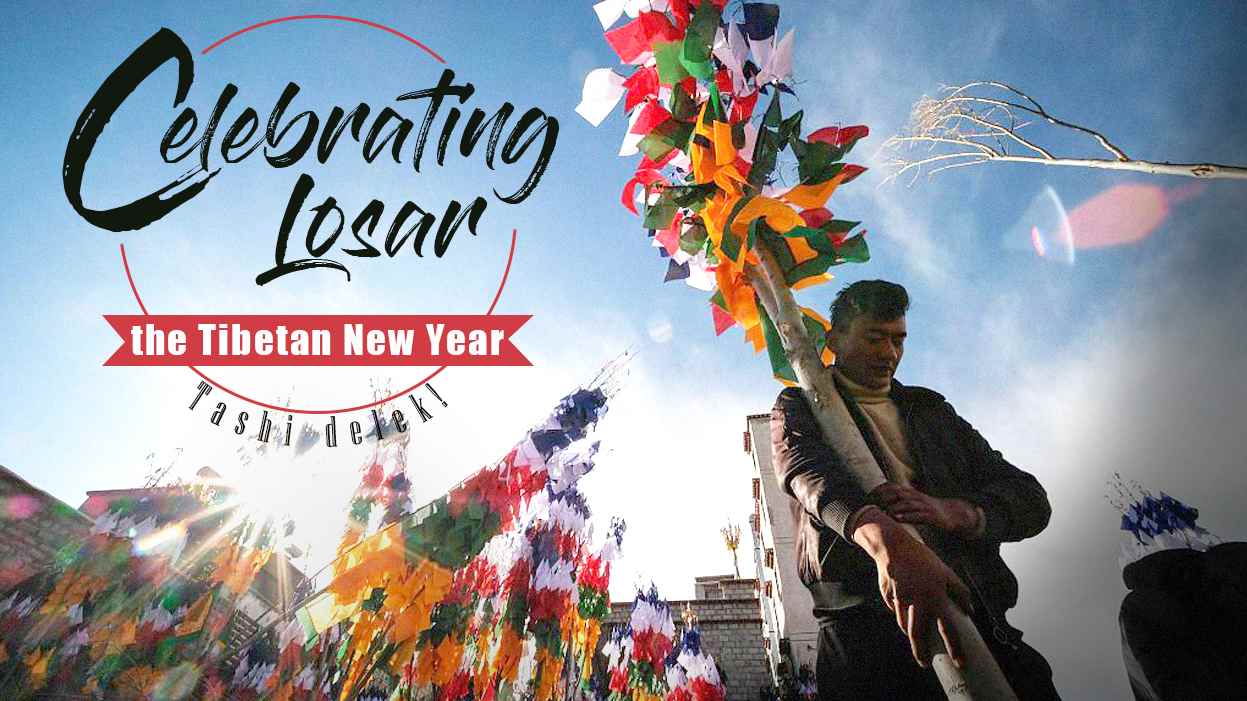 While many have been preparing for the Spring Festival on the plateau in southwest China's Tibet, people are looking forward to their biggest festival as well.
Losar, known as the Tibetan New Year, coincides with the Spring Festival again this year on February 5. Just as the Spring Festival is marked in accordance with the lunar calendar, it is celebrated on the first day of the lunisolar Tibetan calendar.
Originated as a celebration of the harvest, the festival gradually shifted to the beginning of a new year, after Princess Wencheng of the Tang Dynasty (618-907) married Songtsen Gampo, the Tibetan King, and brought the culture of the Han people.
Ringing in Losar 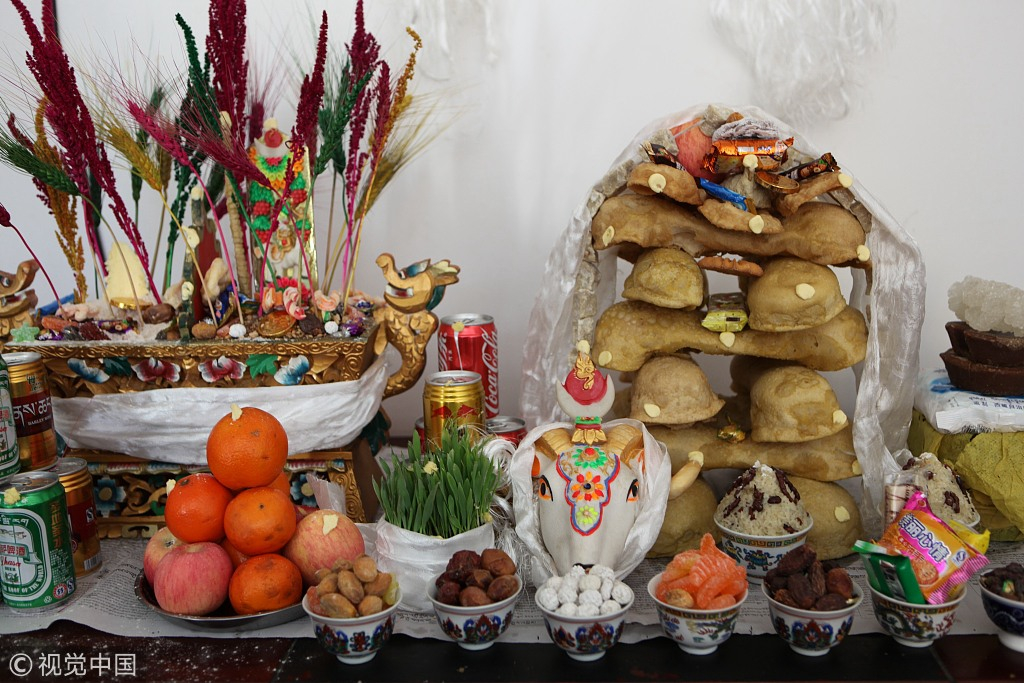 The celebrations of Losar usually last for two weeks, just like Spring Festival, but the preparations begin long before, sometimes as early as the beginning of the 12th month on the Tibetan calendar.
“Qiema” is a must before ringing in the Tibetan New Year. It is a two-tier rectangular wooden box painted with colorful decorative designs. The Tibetan people put in roasted barley and fried wheat, as well as Tsampa, a typical Tibetan food made of roasted barley flour or wheat flour with salty Tibetan butter tea, decorated with ears of wheat.
During the Losar festival, Qiema box will be placed on an altar for worshiping. Placed together is a bowl of water with barley seeds. In such a way, the Tibetan people are praying for a good harvest during the coming New Year.
“Kasai” is also a must for Losar festival. While the day approaches, the Tibetan housewives would start making this traditional Tibetan food. “Kasai” is a fried and sugar-coated desert, which is similar to doughnuts. They could be served at the altar for worship and to the guests during celebrations. 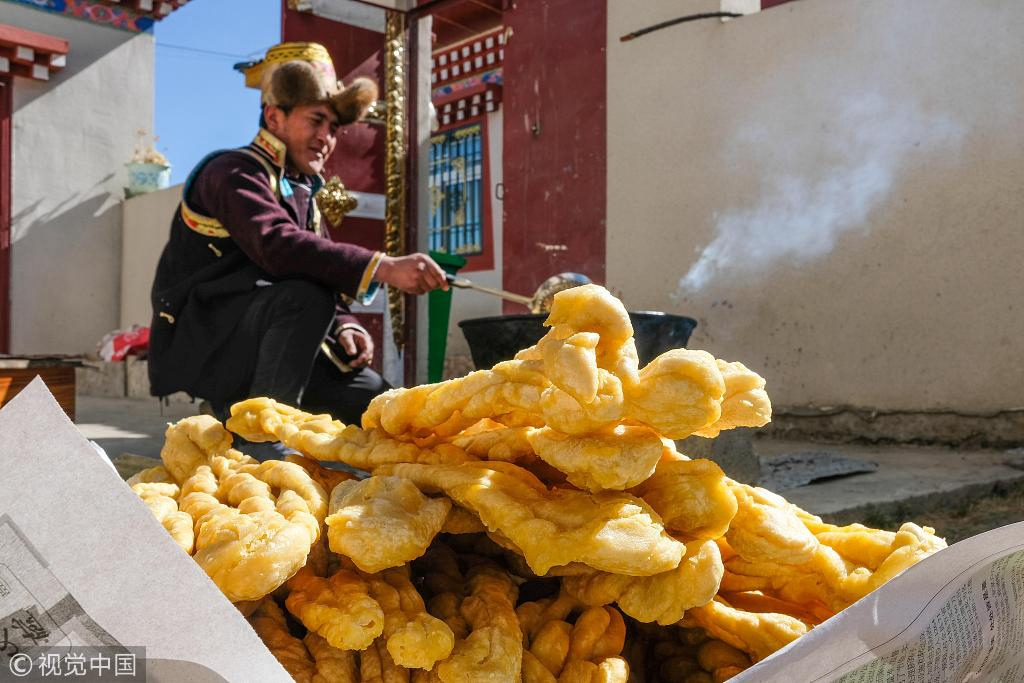 Kasai could be made into various shapes, such as butterflies, squares, and circles. It is sometimes a competition among housewives.
Other preparations are similar to those of the Spring Festival, such as sweeping the entire house, taking a bath, putting up the New Year paintings and getting dressed up… everything needs to be perfect on the last day of the year.
It is a time for family reunion, for the Tibetan people as well as for the rest of the Chinese people. A big feast is served, and one staple dish is “Gutu,” a type of doughy meat porridge.
The housewives would secretly put things like stone, pepper or coins in the dough, and those who eat them need to spit them out. This could draw big laughs, which is the point of New Year's eve – a joyful family reunion.
Traditions to kick off the New Year 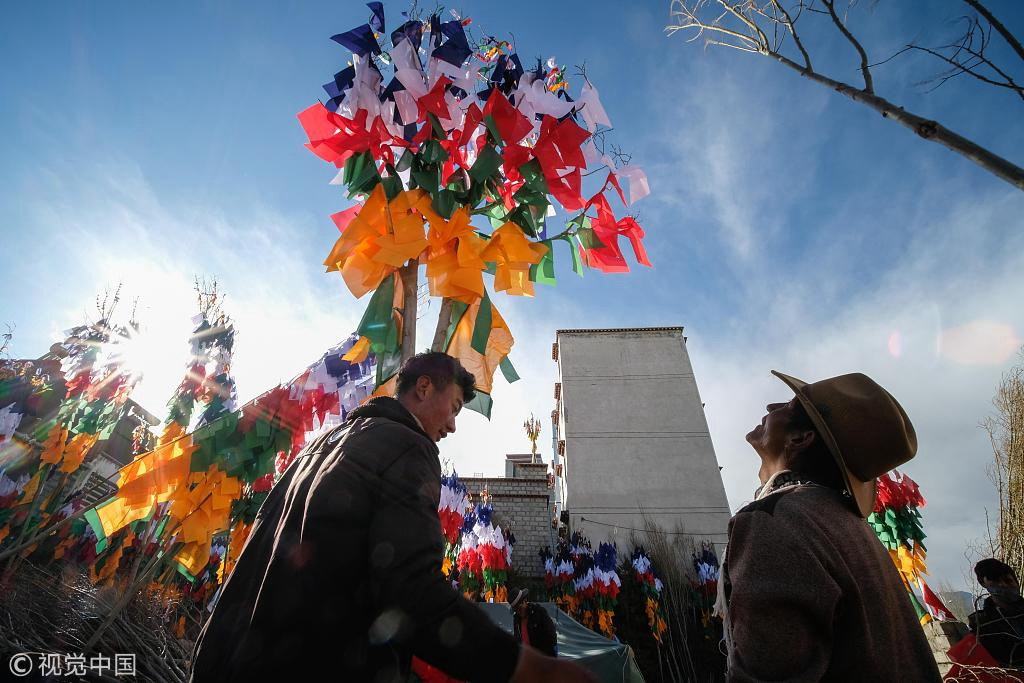 On the first day of the New Year, housewives need to get up early in the morning to draw a bucket of water from the river or a well. It is believed that the water at this time is the holiest and purest, and will bring good luck for the family.
New Year greetings would be the theme of the day. What's special is that people say “Tashi delek” in Tibetan instead of “Xin Nian Kuai Le.” “Tashi” means "auspicious" while “Delek” means "fine" or "well". The best wishes are all the same.
Relatives and friends would send Khatas to each other. The Khatas are a traditional ceremonial scarf in Tibetan Buddhism and are usually presented to distinguished guests and elders as a symbol of respect and welcome.
Worship is also important during the Tibetan New Year. On the third day of the New Year, people dress up and set out on a pilgrimage in the early morning to worship the gods of mountain and water. 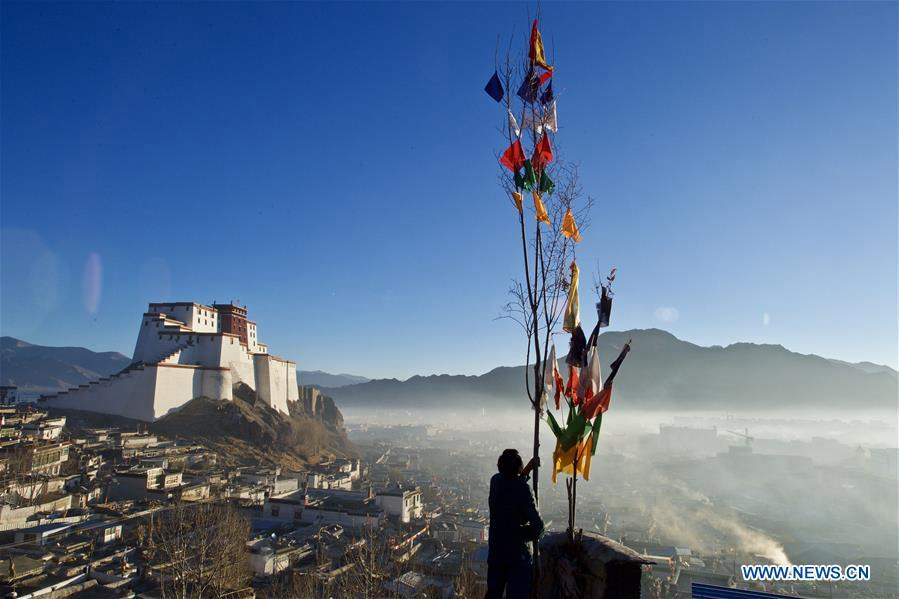 In the following days, one of the most important Tibetan Buddhism festivals, Monlam, also known as the Great Prayer Festival, would be held. A large number of people gather at temples to pray. The event would usually last until the 15th day of the first Tibetan lunisolar month.
On the 5th day, farmers in the suburbs hold the Plowing Festival, with formal celebrations, singing and dancing. It is for the praying of good weather for the new year, as well as for a good harvest.
Losar celebrations usually last around 15 days, just like Spring Festival, the celebrations of which go on until the Lantern Festival is over.
For the Tibetans and those who have been exploring the Tibetan New Year on the plateau, Tashi delek, and Happy New Year!
(Cover image by Liu Shaozhen.)