Seal Carving: The vastness of a square inch
By Ai Yan 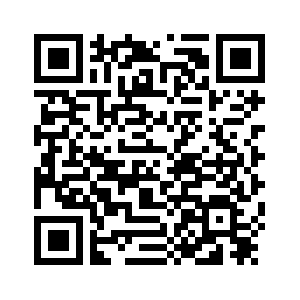 If you still remember the dazzling opening ceremony of the 2008 Beijing Summer Olympics, you may not be unfamiliar with its official logo: a red Chinese character “Jing” which portrayed a dancing human figure.
The design of the logo was inspired by the ancient Chinese art of seal carving, the history of which could be traced back some 3,700 years ago.
Seals appeared in the Chinese society before the Qin Dynasty (221 B.C. – 207 B.C.), and originally, they were mostly used as a symbol of power. At that time, the seals, either for the emperors or officials, were all called “Xi” (玺). 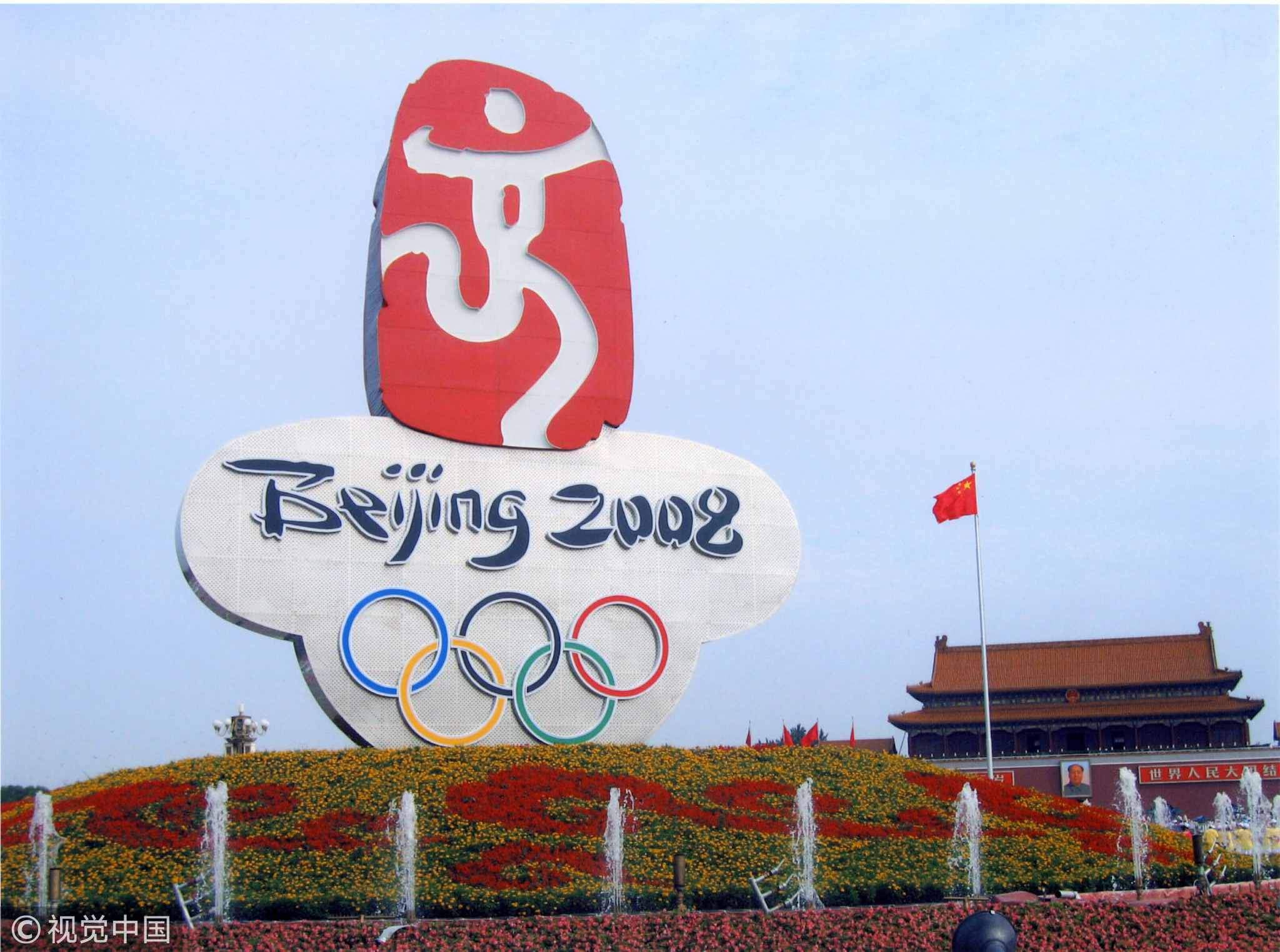 The statue of the official emblem of the 2008 Beijing Olympics at Tian'anmen Square. /VCG File Photo

The statue of the official emblem of the 2008 Beijing Olympics at Tian'anmen Square. /VCG File Photo

Starting from the Qin Dynasty, Xis were only allowed to describe the seals for the emperors; the officials’ seals were named “Yin” (印). When appointing an official, the emperor would bestow a seal to him that was tied to a silk belt.
It is the most important symbol of their status and power, so the officials would take the seals wherever they went.

From a symbol of power to a form of art

The first heyday for seals carving came during the Han Dynasty (202 B.C. – 220), when the seals are mostly functional. The design of the seals at that time was square and bold, vigorous and unsophisticated. 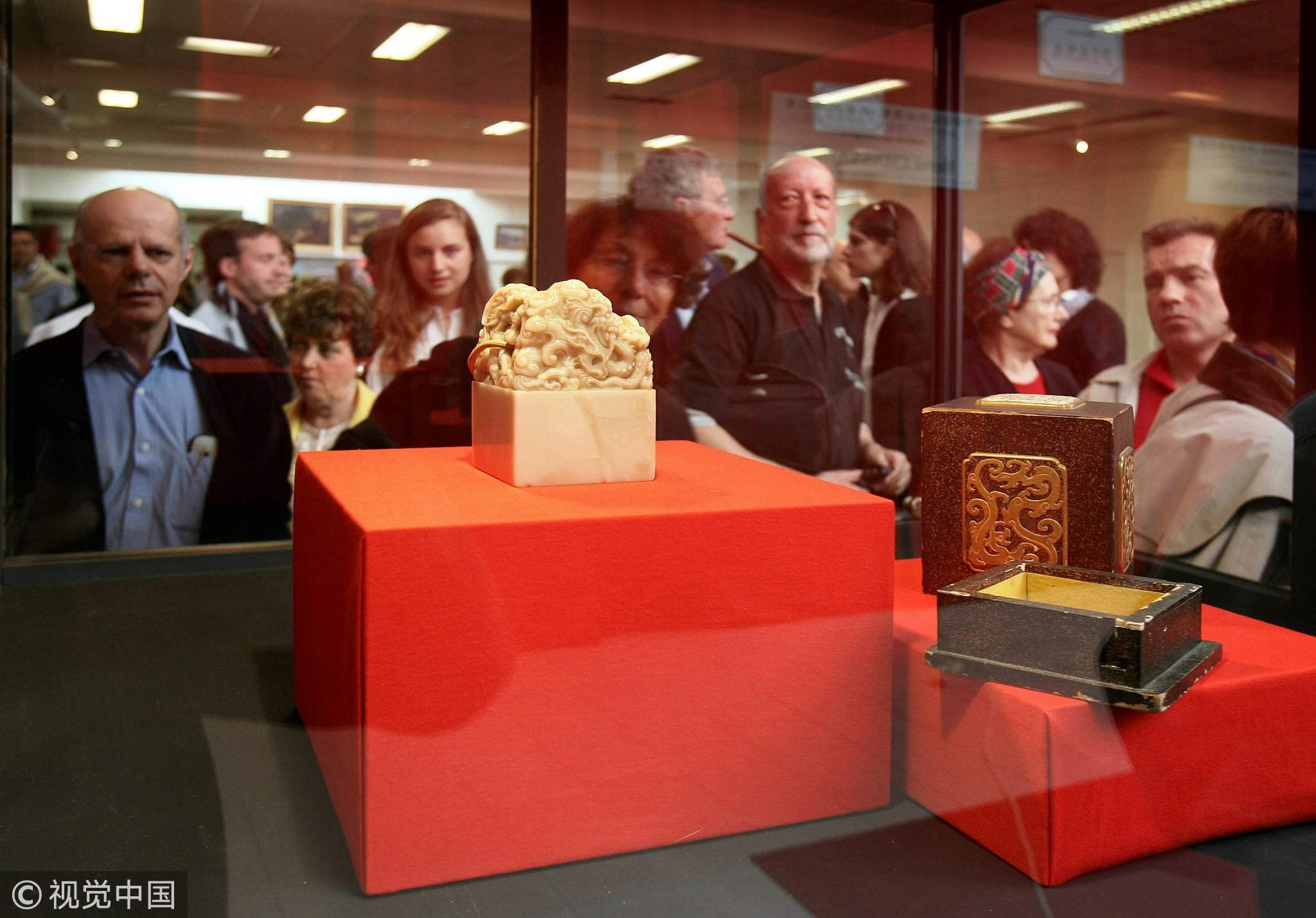 All the later new learners of seal carving would start with imitating the ancient style.
The seal carving had not seen any leap-forward development until the Ming and Qing dynasties (1368-1912), when the seals finally made their way into the realm of artistic collections. Thus, seals, combining several art forms including calligraphy, sculpture, painting and designing, started to gain popularity among scholars and officials.
The materials for sea carving were also expanded during that period. Besides jade, metals, horns and elephant teeth, certain types of stones were widely accepted as the best materials for seals. 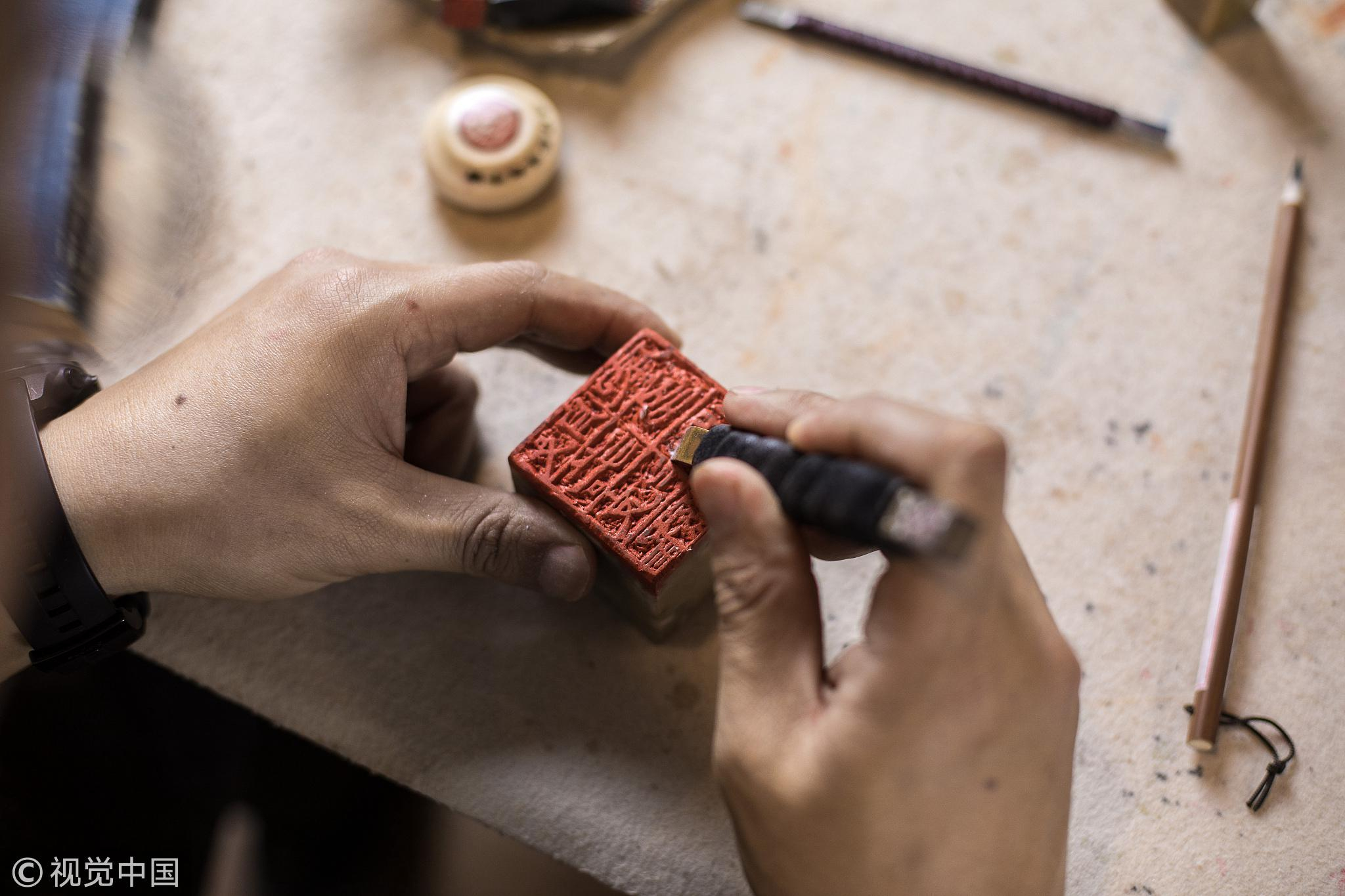 Since minerals are soft enough to carve, many artists started to carve landscape paintings or calligraphic works on the side faces of the seals. Different genres and schools also started to show up, promoting the art of seal carving to a new level.

The vastness of a square inch

The seals for artistic collection are usually carved at the bottom of a small piece of stone so that the art is also known as “the vastness on a square inch.”
The most loved materials for seal carving are divided into four types, based on their original places, including Changhua and Qingtian stones from China’s eastern Zhejiang Province, Shoushan stone from Fujian Province and Balin stones from Inner Mongolia. 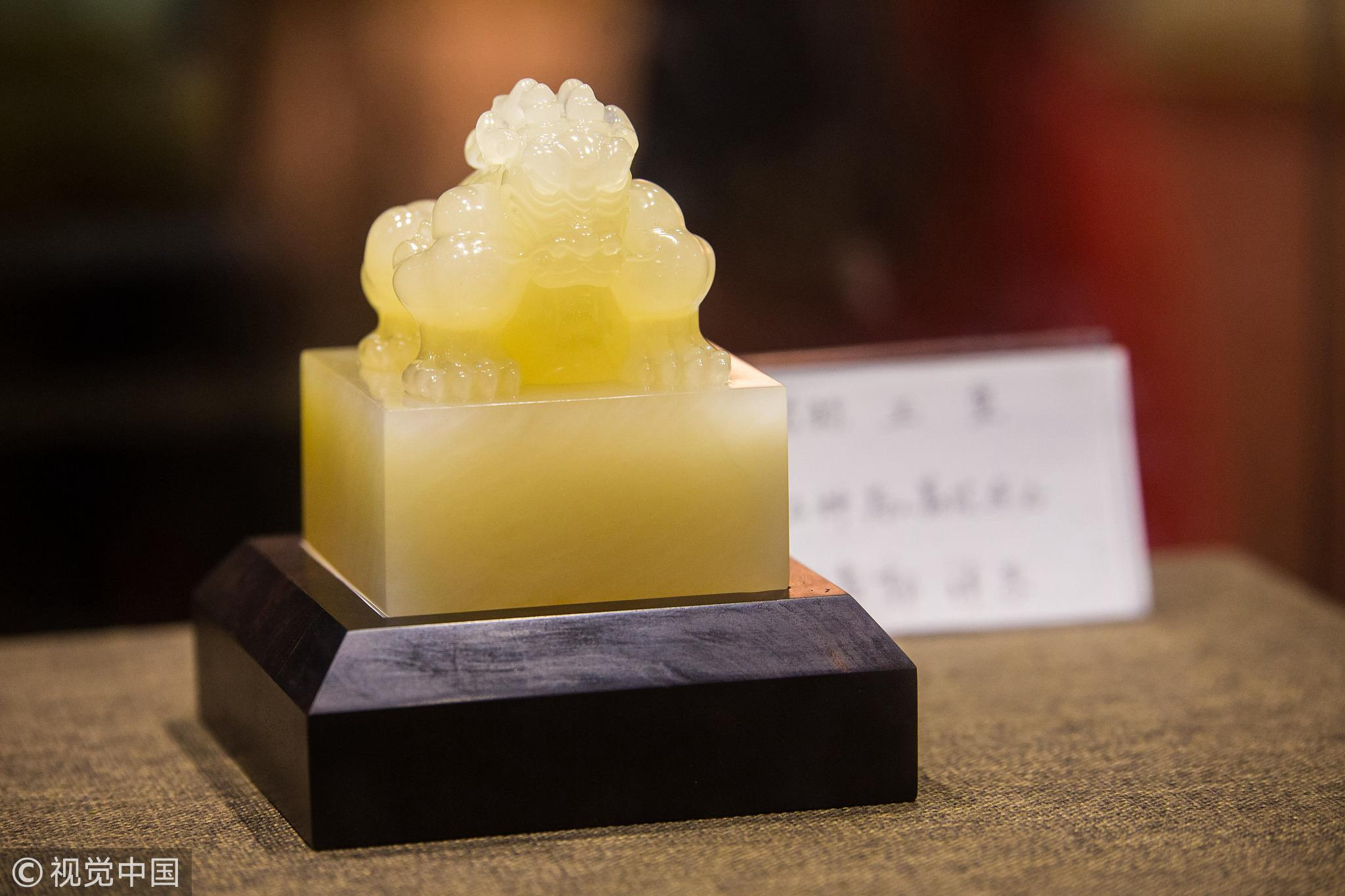 Seal stone produced in Shoushan is on exhibition. /VCG Photo

Seal stone produced in Shoushan is on exhibition. /VCG Photo

Out of the stones produced in those four areas, Jixue stone and Tianhuang stone are the most precious. Jixue stone, containing elements including cinnabar, quartz and chalcedony, is also known as “chicken-blood stone,” while the semi-transparent Tianhuang stone, known as “field-yellow stone,” could be more expensive than gold.
The artistic seals, according to their functions, could also be divided into personal name seals and leisure seals (“Xianzhang” in Chinese). Artists such as Chinese calligraphers and painters would usually stamp their seals on the left side of their artistic works.
The leisure seals often bear the motto or philosophy of their owners and could be a line of poetry or just a short phrase.
The scripts on the seals are also different from the ordinary Chinese characters. Instead, the “zhuanwen,” created by China’s first emperor Qin Shi Huang, was still widely used. The bird-worm seal script is also often used. The strokes of the script look like birds and worms.

A completed seal would go with a type of special red ink paste made of cinnabar and oil extracted from plants. Artists like to stamp their name seals on their calligraphies or paintings, and some scholars also put them on their books as tags of their own.
The seals could be divided into zhuwen (red characters) and baiwen (white characters), distinguished by the ways of the seals being carved. The cameo carved seals would imprint red characters and the intaglio carved seals leave white ones.

The anecdote of Emperor Qianlong’s seals

Some artists and collectors still use seals but they no longer play such important roles in the ordinary life of the Chinese people.
But since last year, the seals suddenly emerged into the spotlight again, together with an enthusiastic seals collector – Emperor Qianlong of the Qing Dynasty.

A painting of Zhao Mengfu covered with various seal stamps, most of them by Emperor Qianlong. /VCG Photo

A painting of Zhao Mengfu covered with various seal stamps, most of them by Emperor Qianlong. /VCG Photo

He is a notorious seals lover, who stamped a lot on the precious cultural relics, such as the ancient paintings and calligraphic works of the artists in the previous dynasties. Some of them nearly destroyed the artistic work.
But most of the modern Chinese people took the stories of Emperor Qianlong and his hobby of stamping as a joke. The Chinese youngsters made fun of the emperor’s aesthetics and teased that his stamps could be like today’s bullet comments.
Despite the jokes, the seals were once again brought to public attention, and the Palace Museum even produced a set of replica Emperor Qianlong’s seals as souvenirs, which proved popular among many. 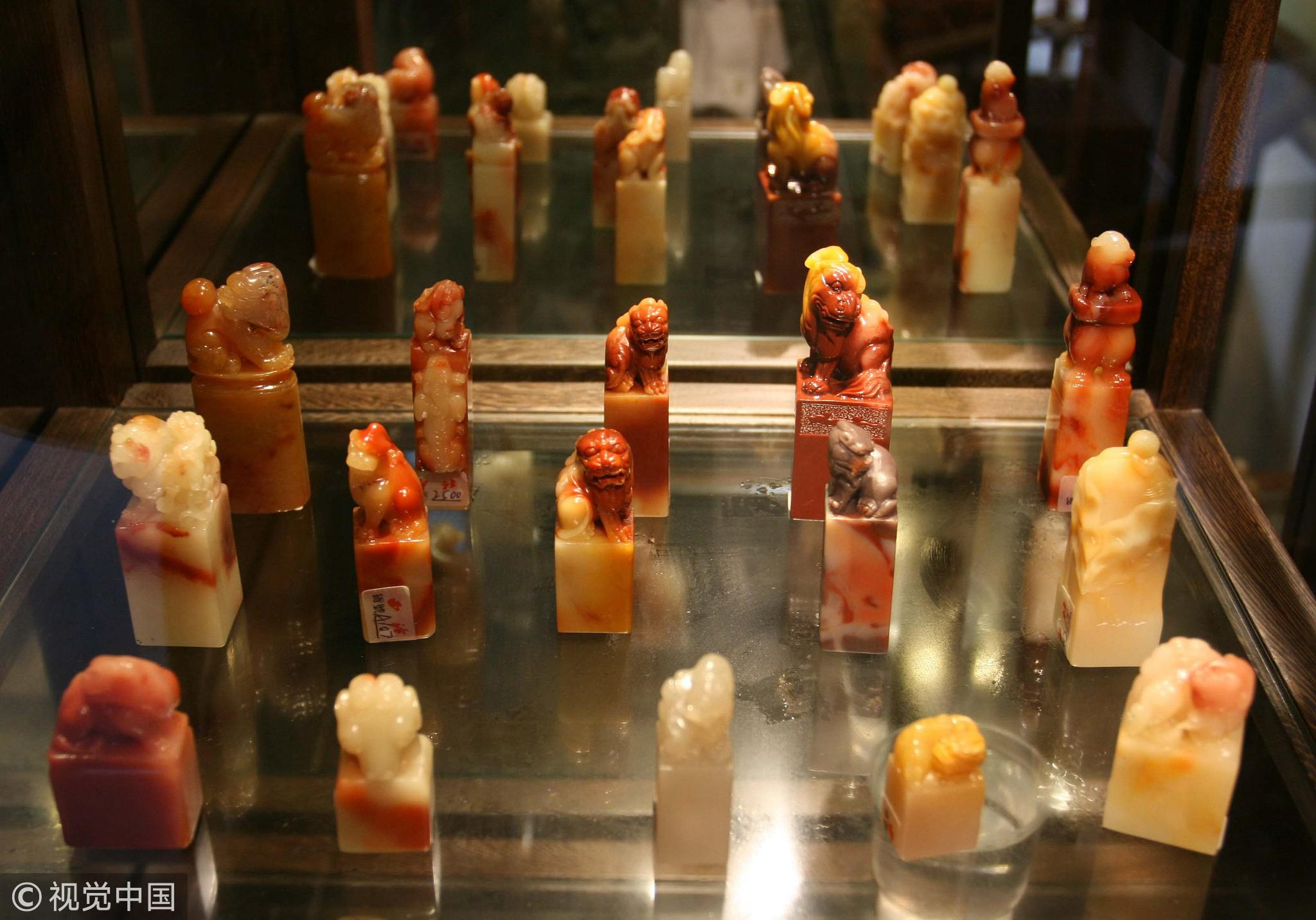 Though the admiration of the paintings could be affected to some extent, the stamps together with their master’s anecdote, have already become part of the history. It could also be a reflection of how important the seals are to the scholars in the ancient days.
Maybe they are, as some social media users say, just a way of expressing the personalities of our ancestors, their likes and dislikes, at a time when bullet comments were not yet invented…
(Video by Ge Kai; Cover-image designing by Gao Hongmei.)