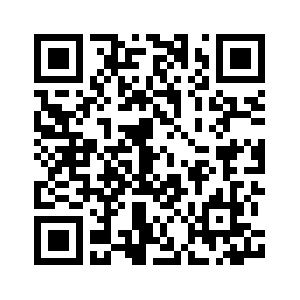 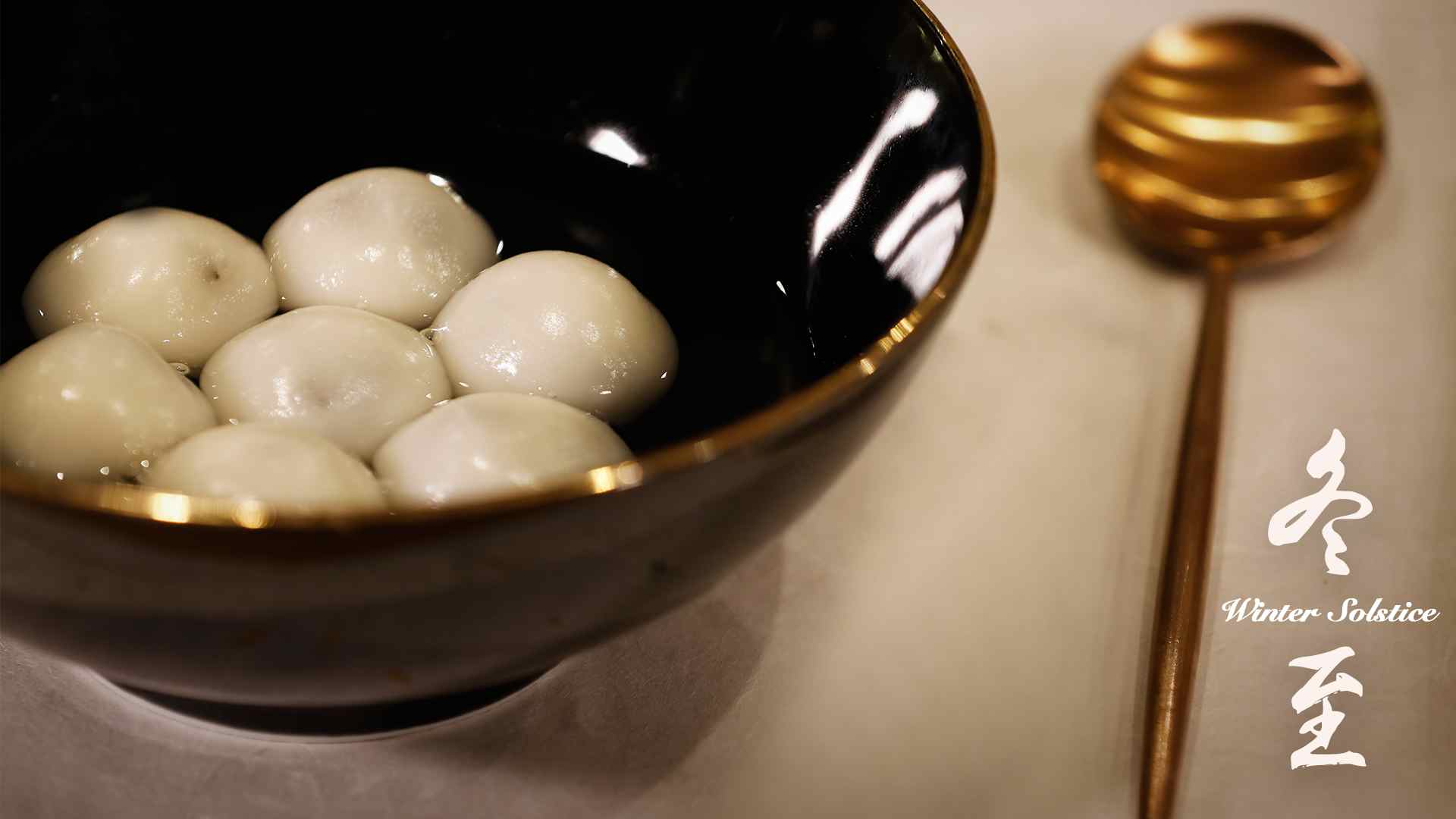 Winter Solstice, or “Dongzhi” in Chinese, is the 22nd and the most important of the 24 solar terms on the Chinese lunar calendar. Its first day usually falls between December 21 and 23. This year, it lasts from December 22 to January 4.
It is considered the first solar term to be determined in Chinese history. On that day, the daytime is the shortest and the night is the longest.
Also called “Winter Festival,” the day is a big one for family reunions. As an old saying goes, “Winter Solstice is as significant as the Spring Festival.” That's why Winter Solstice has another name, “Yasui,” which means second only to Spring Festival. Parents often tell their children that after eating the glutinous rice dumplings, or "tangyuan," they will grow older.
In ancient times, rulers from different dynasties would worship the heaven, wishing for good fortune and avoiding catastrophes. For ordinary families, members far away from home would return, and the entire family would worship their ancestors as sons and daughters extend holiday greetings to their parents. 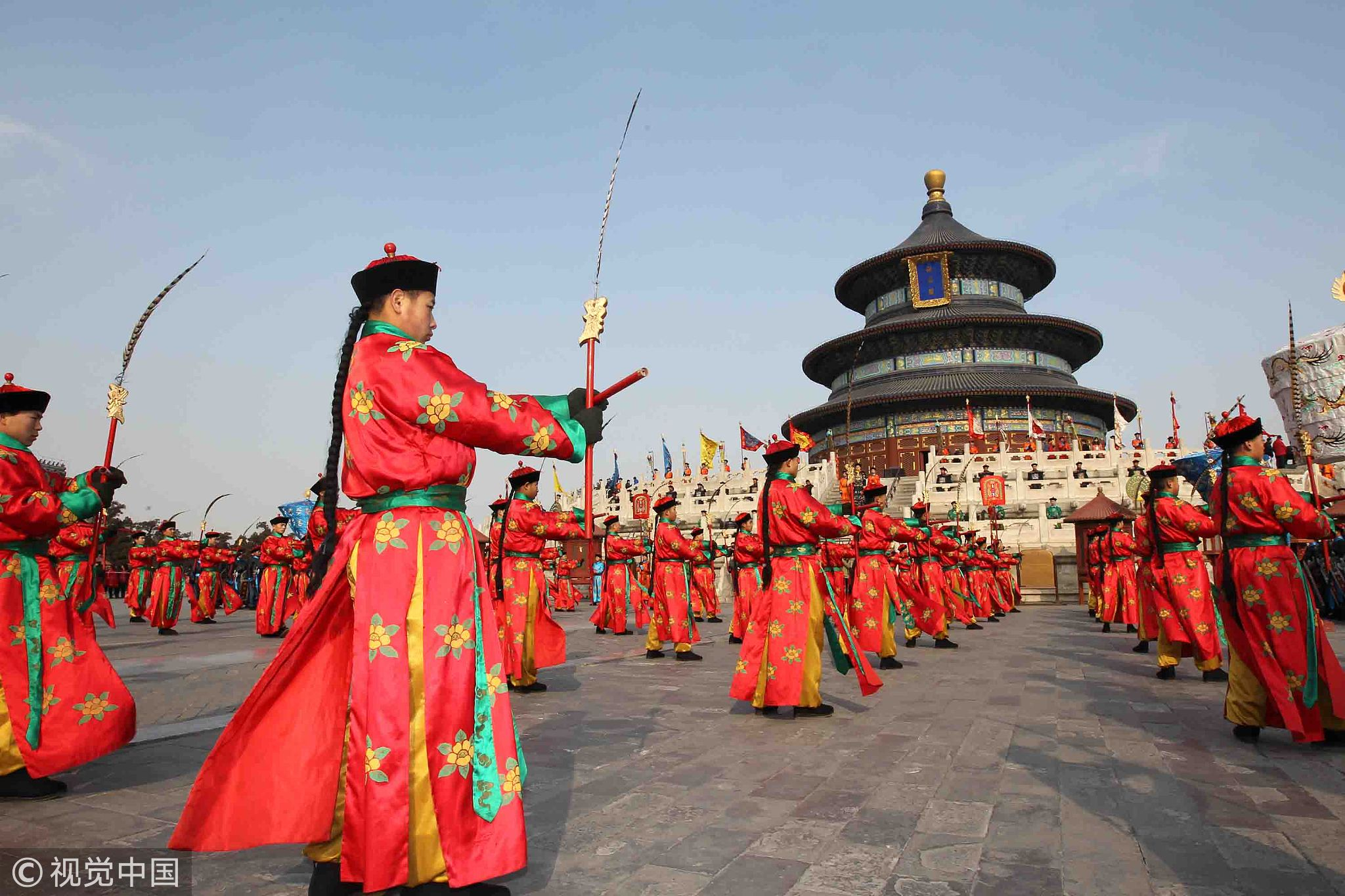 A show reenacting the ancient ceremony of heavenly worship is performed at the Temple of Heaven, Beijing, January 24, 2014. /VCG Photo

A show reenacting the ancient ceremony of heavenly worship is performed at the Temple of Heaven, Beijing, January 24, 2014. /VCG Photo

“Food is the paramount necessity of the people.” On this important occasion, what to eat also becomes extremely important.
A symbolic dish is always offered to celebrate Winter Solstice, but people from different regions may differ in their choice between dumpling and tangyuan.
As a proverb says, "In the eleventh month, Winter Solstice comes, and every family eats dumplings.” In most parts of northern China, people have the tradition of eating dumplings, which is said to commemorate the medicine sage Zhang Zhongjing (A.D. 150-219), who invented dumplings and sent them along with medical soup free to people who suffered from hunger and illness during the winter. 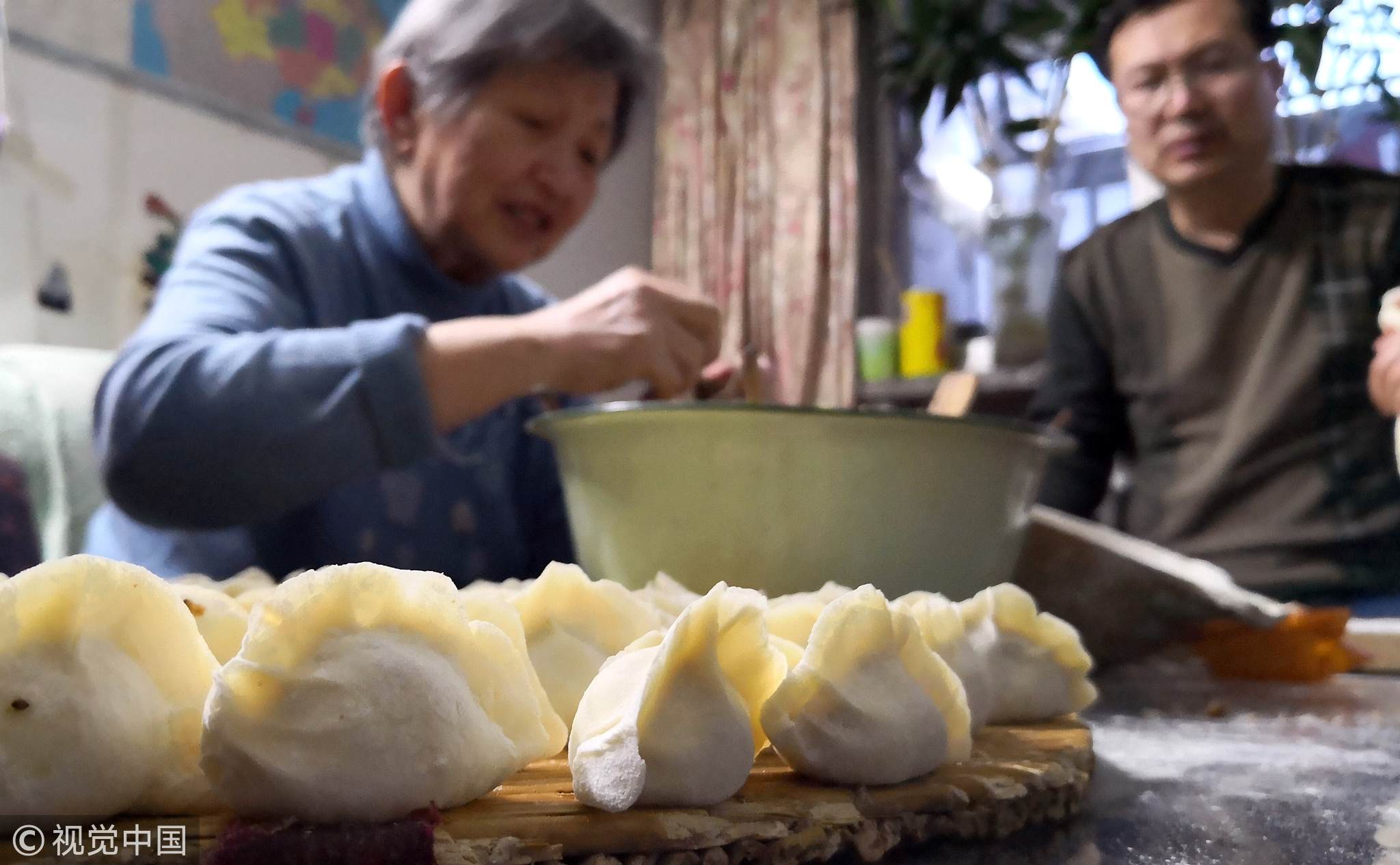 While in southern China, especially in the Jiangsu-Zhejiang-Shanghai region, people love eating tangyuan. There is a poem saying, “When every household mash glutinous rice to make tangyuan, we know that Winter Solstice has come.”
In the morning on that day, southerners get up early to make the fire to cook tangyuan. They offer cooked tangyuan as sacrifices to ancestors first, and sit around the table together to eat tangyuan, waiting for the sun to rise. A ceremony signifies both family reunion and an expectation for daytime to grow longer.
There are many kinds of tangyuan, such as sesame tangyuan, peanut tangyuan and bean-paste tangyuan. But the most nutritious is the five-kernel tangyuan. 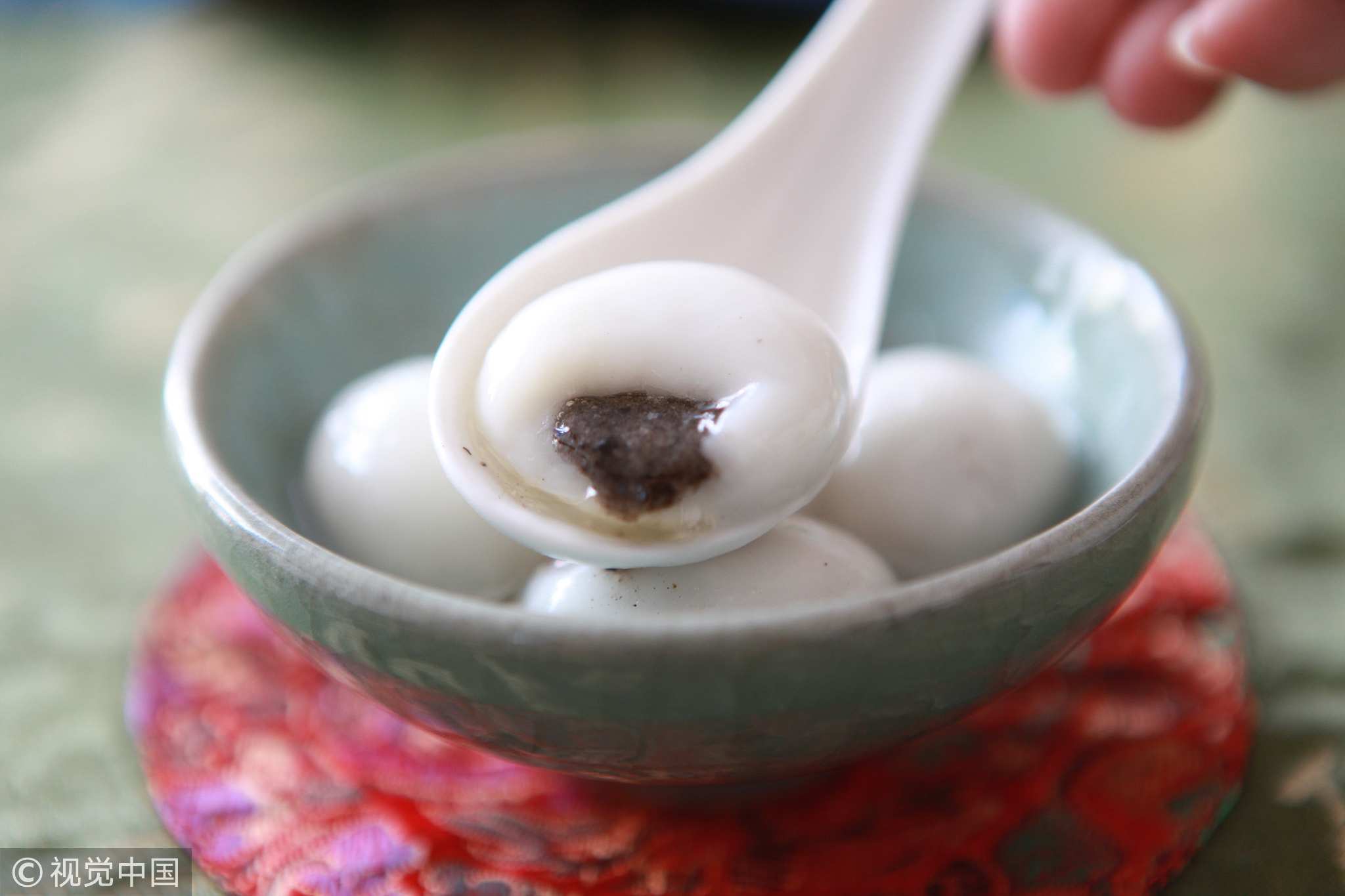 Here, five is either literal or figurative, meaning many. A five-kernel tangyuan usually includes ingredients such as walnut kernel, peanut kernel, sunflower seed kernel, and sesame.
The kernels are rich in unsaturated fatty acid, which regulate blood lipids, and improve human immunity and brain cell activity, enhancing memory and cognition, according to traditional Chinese medicine.
Sesame, one of the main oilseed crops, contains fiber, vitamin E and various trace minerals. It helps moisturize skin, relax the bowels and is beneficial for hair growth.
The healthy dish is suitable for people of ages and is a pleasure for cooking. Click the video and follow the instructions to make the hot dish at home and savor a Chinese flavor in the winter.
Videographer: Ma Jian
Video editor: Li Yahui
Designer: Du Chenxin