Opinion: US tariffs will end up in failure
He Weiwen 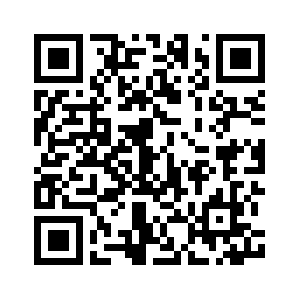 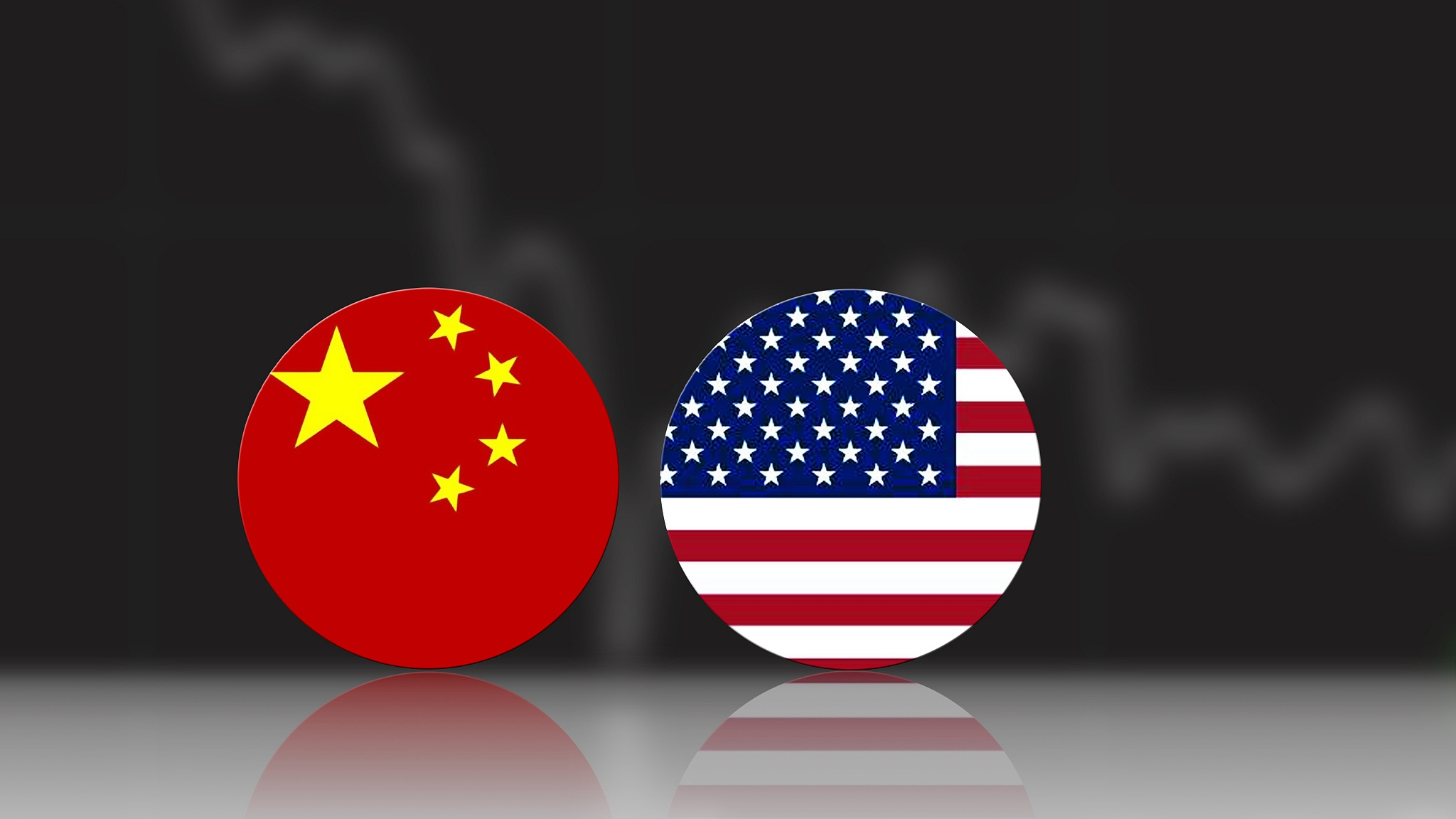 ‍Editor's note: He Weiwen is a senior fellow at the Center for China and Globalization. The article reflects the author's opinion, and not necessarily the views of CGTN.
The Trump administration has imposed a 25-percent tariff on 818 import items worth 34 billion US dollars from China on Friday. China immediately retaliated by imposing a levy of the same scale, placing a 25-percent tariff on the same volume (34 billion US dollars) of imports from the US. The Chinese Ministry of Commerce said in a statement that the US has started the "largest trade war in economic history." The trade volume immediately dwarfed the similar US tariff wars with Canada and the EU.
Why China must take retaliatory tariffs?
First, there is no tolerance in the World Trade Organization (WTO) for rules violation. The very base of the US tariff measure – Section 301 investigation on China is a blunt violation of WTO rules.
In 1998, the United States Trade Representative (USTR) launched a probe under Section 301 of the Trade Act of 1974 on the EU. The European bloc then resorted to WTO on the USTR violation of WTO dispute settlement mechanisms (DSM), and the US lost the case. Then the USTR promised not to recourse to such unilateral moves anymore.
Twenty years later, the USTR forgot its promise and made the same violation. Again, unilateral tariffs are also banned under WTO rules, as tariff levels are set by multilateral negotiations, not by unilateral government decisions.
The global free trade and multilateral trade mechanism are facing the biggest danger ever seen since the Great Depression in the 1930s. The current US action of unilateral tariffs on China, EU, Canada, Russia and other economies have far exceeded the tariff issue.
These moves serve as the prelude of a total challenge to the rule-based multilateral trade mechanism with WTO at its center. Trump has repeatedly said it will quit WTO, or at least change WTO into a new mechanism based on American First rules, taking the whole world trade and economy into a new disintegration. 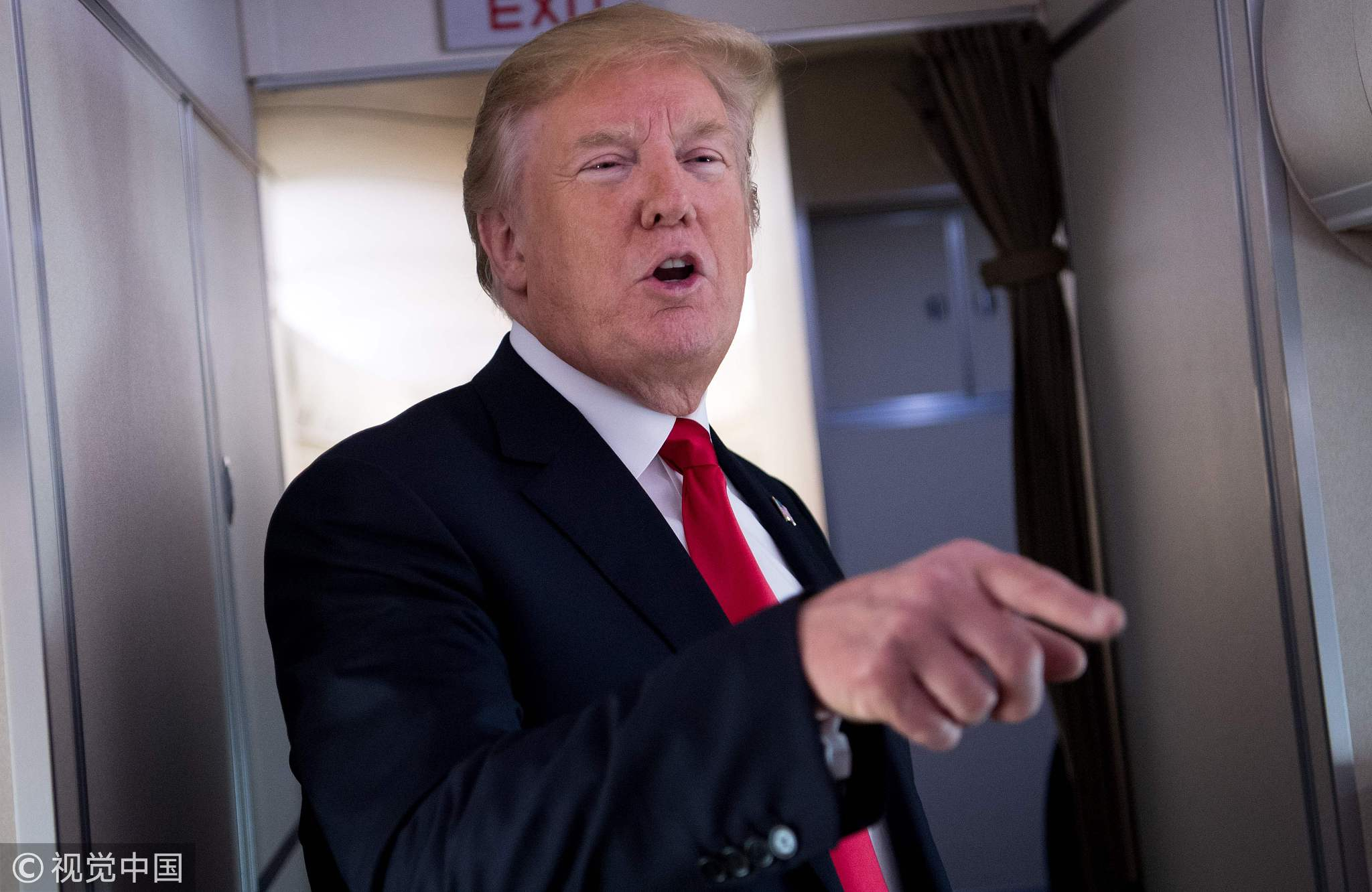 June 29, 2018: US President Donald Trump speaks to the press aboard Air Force One in flight as he travels from Joint Base Andrews in Maryland, to Bedminster, New Jersey. /VCG Photo

June 29, 2018: US President Donald Trump speaks to the press aboard Air Force One in flight as he travels from Joint Base Andrews in Maryland, to Bedminster, New Jersey. /VCG Photo

If China does not fight back resolutely, together with EU and other WTO members, China will not be a responsible major power defending free trade and multilateralism.
Second, there is no yield in China’s right of development. The checklist of 818 items of Chinese exports to the US subject to the 25-percent additional tariff fall in precisely the 10 major sectors of "Made in China 2025" framework, with an overt purpose to stop China’s advance in new emerging and high technologies.
China, as a sovereign state, has its own right of development, and has no other choice but to firmly reject any yield to the US interests.
The above-mentioned two principles are also known as China’s baseline.
Could China stand the trade war?
China will undoubtedly incur losses by the two-way 25-percent tariffs. However, the No. 1 consideration is not the loss calculation, but the baseline. If the Trump administration keeps on escalating the trade war, China will fight to the finish.
Many analysis articles tend to elaborate the losses by US tariffs on China only. As a matter of fact, the US import tariffs hurt not only the exporting country, but the US itself as well. In many cases, the US end users and consumers will suffer more. 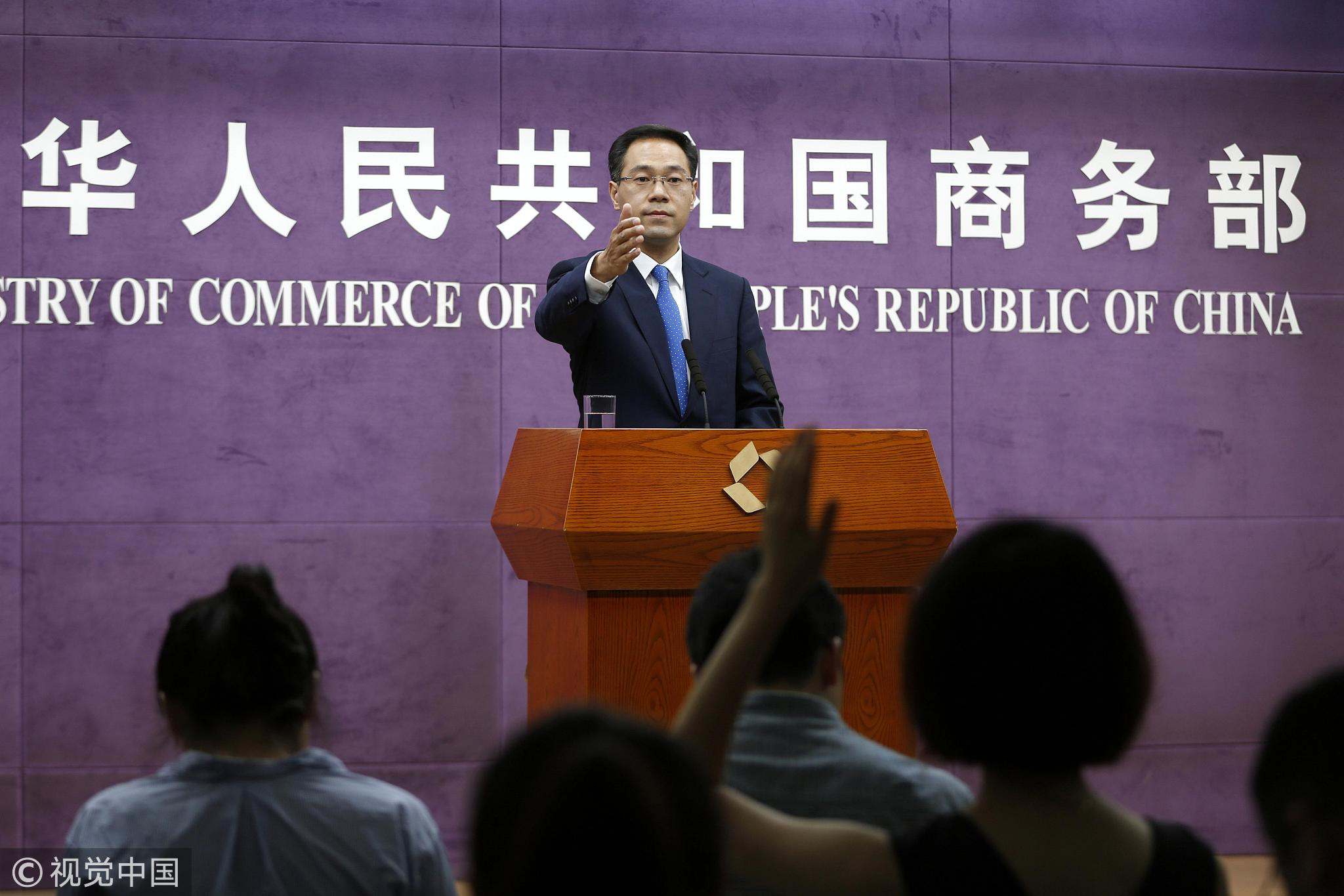 The Washington Post reported on June 20 that a group of Congressmen complained to Wilbur Ross on the first American casualties of the tariff measures. Senator Charles Grassley (IW) said that "The soybean market has started to collapse."
Senator Rob Portman (OH) warned that steel and auto producers in Ohio had been "hit harder than any other state by the Canadian tariff." Senator Patrick Toomey said that Kraft-Heinz may move its ketchup production to Canada to avoid retaliatory tariffs.
The Mid-Continental Nail, the American largest nail producer, has also announced it may shut down after Labor Day, or move to Mexico. Harley-Davidson, the leading American motorcycle manufacturer, has announced plans to move part of its capacity to the EU to avoid its retaliatory tariffs, and was later joined by Polaris, another American motorcycle producer.
Ironically, The Trump administration’s tariff measures, claiming to help moving manufacturing back to the US, are working alarmingly well in the opposite direction.
The Alliance of American Automotive Manufacturers has estimated that the 25-percent auto tariff will lead to a 5,800-US-dollar price hike on each car, costing the consumers an additional burden of 45 billion US dollars.
The Peterson Institute of International Economies has estimated that the auto tariffs will lead to a 1.5-percent fall in American auto output over one to three years, shedding 195,000 jobs. The number may increase to 624,000 if the EU takes countermeasures. 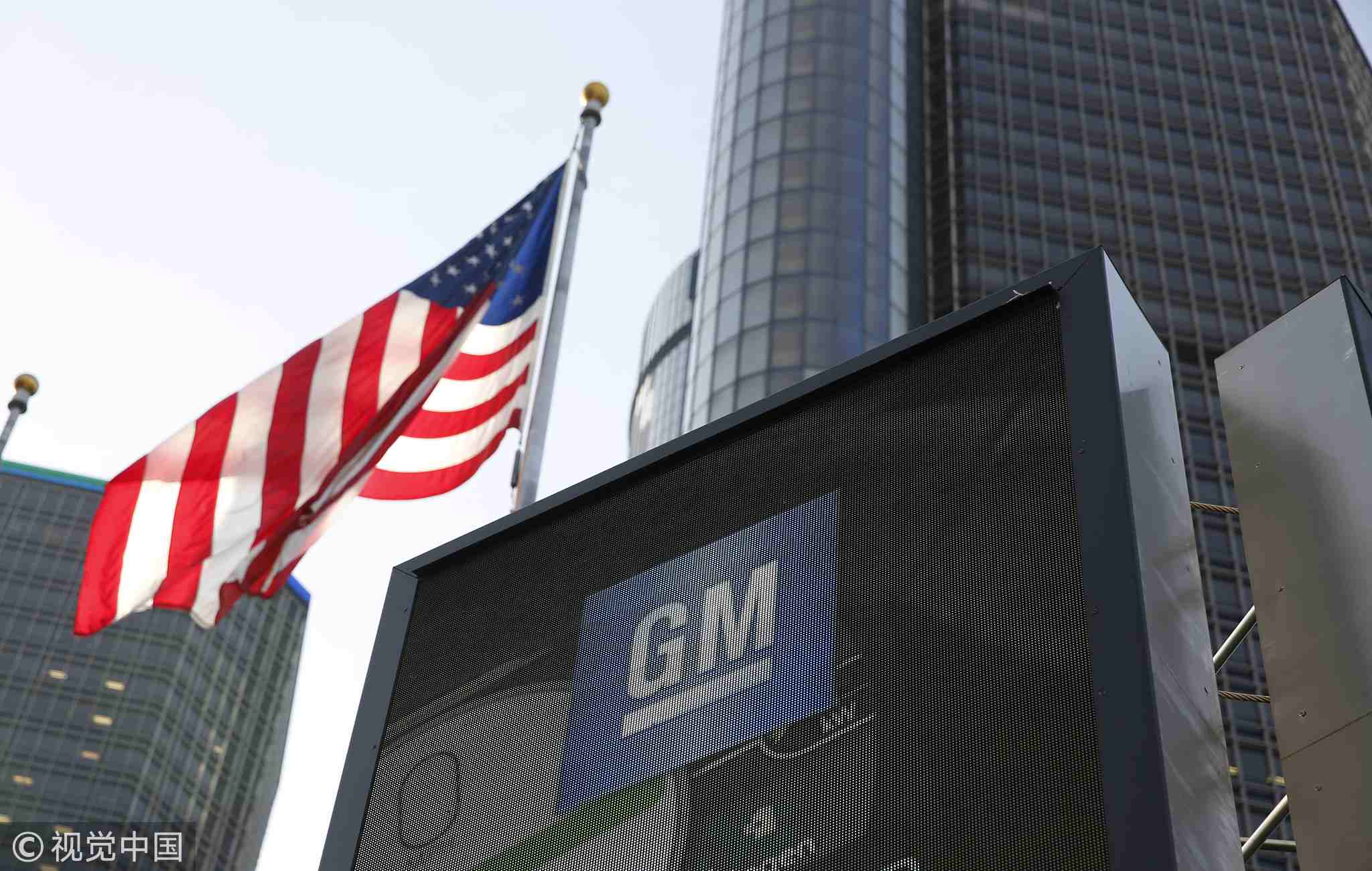 AIIS, the largest American steel trade association, has sued the Trump Administration in the US Court of International Trade claiming that its Section 232 investigation on steel and aluminum violates the US Constitution.
Recent history shows that the US tariffs on imports usually hurt the American importers, downstream users and consumers more than the exporters. In 2001, the steel import tariff surcharges imposed by President George W. Bush led to massive protests across various sectors of the US.
The Port Authority of Delaware claimed that its 7,000 longshoremen might lose their jobs, while the downstream sectors, including auto manufacturing and construction were facing a 10-percent cost rise.
The tariff protected 20,000 jobs in several steel production factories, but cost 200,000 jobs in other sectors. President Bush finally called off the move, not only because the US lost the case at WTO, but also, and more compellingly, by the net loss at home.
Wilbur Ross, the US Commerce Secretary, has shrugged all those warnings, holding that the total trade volume covered by tariff measures is less than 0.1 percent of the US economy. This is a serious misjudgment.
Ross only compares the direct trade volume with the total GDP, thus seems unaware of all the related sectors. For instance, US imports from China roughly supports 4.6 million jobs in America. His judgment is apparently out of common knowledge.
In conclusion, the US' unilateral trade war, which has prompted China and other trading partners to either strike back or threaten to take action, has caused and will continue to cause serious damages to the US economy and will end up in failure sooner or later.