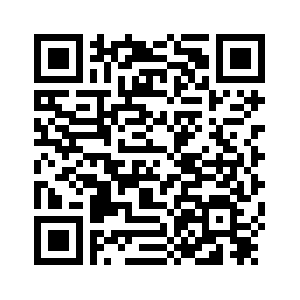 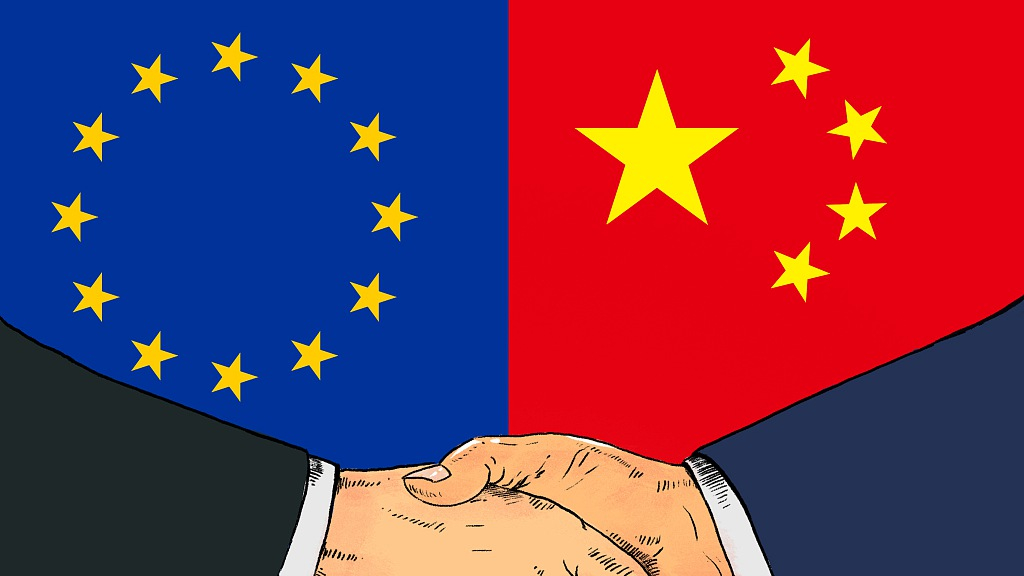 Editor's note: Bobby Naderi is a journalist, a current affairs commentator, a documentary filmmaker and a member of the Writers Guild of Great Britain. The article reflects the author's opinion, and not necessarily the views of CGTN.
Chinese President Xi Jinping arrived in Rome on Thursday for a state visit to Italy, aiming to map out the future of the bilateral relationship. It is the first visit by a Chinese head of state to Italy in 10 years. The Chinese president noted that he is looking forward to meeting the Italian leaders to jointly draw the blueprint for the future development of bilateral relations.
Italy is the first stop of Xi's three-nation Europe tour (from March 21 to March 26), which will also take him to Monaco and France. Just before Xi's Europe trip, there was a decrease in Germany's defense spending on March 18, which drew U.S. criticism. 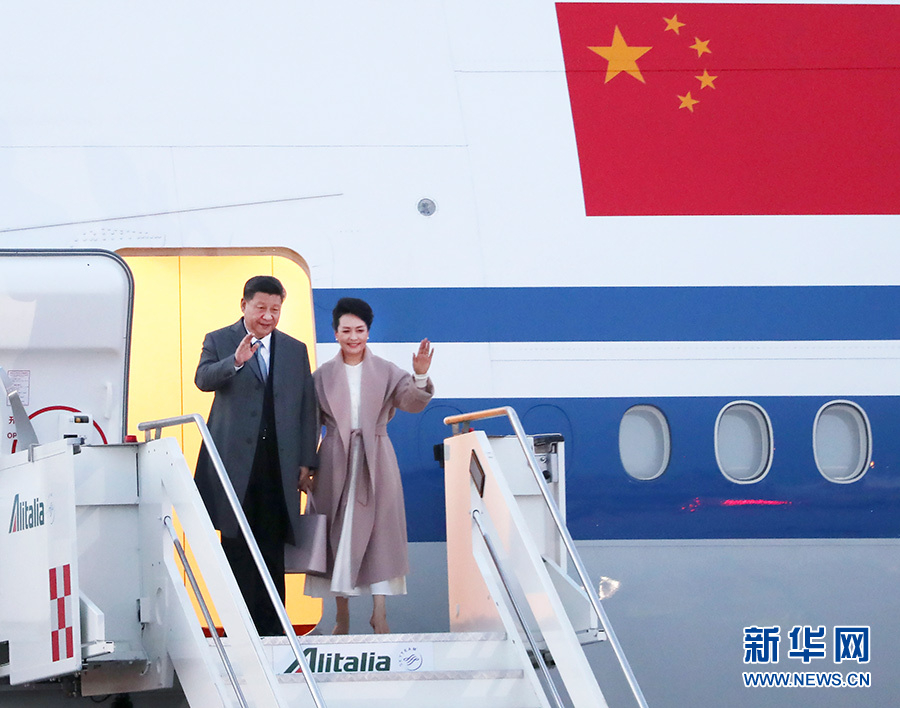 With that in mind, the decision by Olaf Scholz, Federal Minister of Germany for Finance, to raise the German military budget to just about 1.5 percent of gross domestic product by 2024 – short of the official NATO target of 2 percent – makes perfect sense in the face of such historic overtures for shared peace and security.
Just to give you a rough idea, the deputy speaker of Germany's Bundestag has called for U.S. Ambassador Richard Grenell to be sent home after he criticized Berlin over the expected shortfall in military spending. Wolfgang Kubicki, the vice chairman of the Free Democratic Party of Germany (FDP), has said Germany's foreign minister "should declare Richard Grenell 'persona non grata' (unwelcome person) immediately.”
This is unprecedented in the history of German-U.S. relations. But wait until you hear the next big thing:
Italy, the eurozone's third largest economy, is likely to become the first G7 country to publicly support China's Belt and Road Initiative (BRI). The global development project, which has alarmed President Donald Trump and his neocon faction for all the wrong reasons, is a modern Silk Road trading route launched by Beijing in 2013. Over 60 countries, including several Eurozone economies, are involved in the project. Other European nations have also shown interest to get on board. What's more, it's not a matter of if but when.
This should qualify to explain why President Xi's first stop this time is Italy. During his historic visit, a series of bilateral accords are up for grabs and will be signed in a wide range of areas such as telecoms, pharmaceuticals, shipping, ports etc. As far as President Xi's goals are concerned, which is “to strengthen global strategic partnership” with Italy and enter “a new era of bilateral relations,” what's not to like in these win-win overtures?
Of course, some Sino skeptics can still argue otherwise; that this is all happening because of a worsening economic outlook in Eurozone economies or that the Italians are desperate for a way out. Others like Trump administration officials, filled with similar wisdom, might spawn suspicions as well; that this is all about “closing ranks” and “running into a general credibility problem within NATO.” 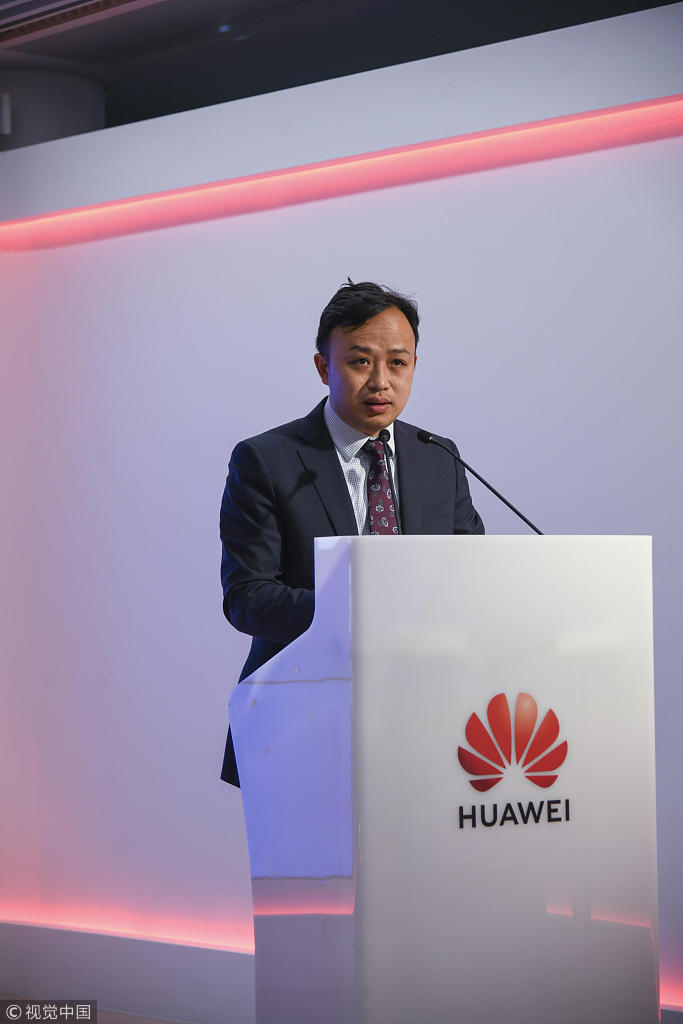 While the Sino skeptics and the Trumpsters have the right to express their democratic views and wisdom, the reality is this: Many European countries are no longer willing to stand by their planned increase in military spending, because they don't see Russia and China as a threat.
A historic position as such is a departure from Trump's claims to the contrary and indeed a blow to war-party Washington's publicly-declared political attempt to militarize the European continent, to “milk” Middle Eastern allies, and to “make America great again” at the expense of others.
The same is true about Washington's uneasiness at the idea of growing trade and investment ties between the Asian giant and the EU. Trump wants to escalate his trade war and European leaders are not ready to compromise. They are “frightened” because Trump has flatly declared German cars “a national security threat” – just like China's Huawei.
By now it should be clear that in the blue sky of international politics Washington is isolated in Europe and on a mad spiral. Which explains why the U.S. ambassador in Berlin has been declared “persona non grata,” why Germany has ruled out a planned increase in military spending, why Italy has decided to join the Belt and Road project, and why France and Monaco have invited President Xi for state visits and more.
On balance, this is direct multilateralism in action and the endgame is all but written: China's BRI is still in an embryonic stage in Europe and Italy's addition might only form a starting point for a wider deal with the EU afterward. It proves beyond any doubt that Rome, Paris, and Berlin have no intention to let go of the Asian behemoth, much less help Washington to destabilize Europe and its economies – no matter how much Trump shouts.
(If you want to contribute and have specific expertise, please contact us at opinions@cgtn.com.)