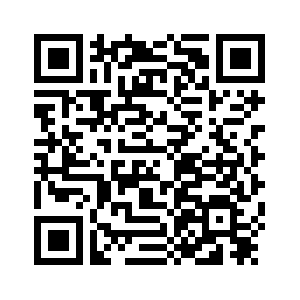 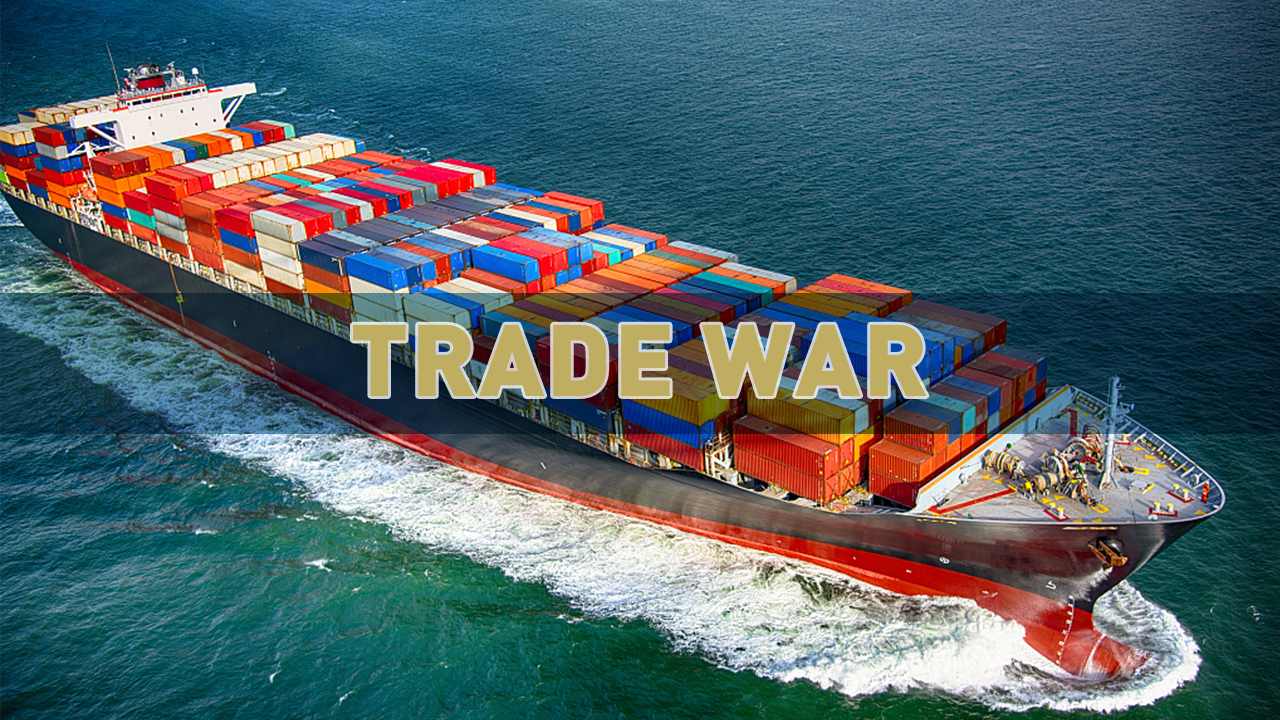 Editor's note: Azhar Azam writes about domestic, regional and global issues. The article reflects the author's views, and not necessarily those of CGTN.
Until 2016, the policymakers in the White House and the Pentagon believed that despite its growing economic, political and military influence in the Asia Pacific (APAC), China is not predestined to become a competitor to the United States.
The Department of Defense (DOD) logged that although such Chinese activities pose a significant challenge to America's position in the vital APAC region, the U.S. envisioned expanded cooperation with China on regional and global security challenges.
In 2017, it lined Beijing up in the queue of potential adversaries, but it hadn't perceived any immediate threat from Beijing. The Pentagon went all-out against China in 2018, accusing it of using "predatory economics" to seek "Indo-Pacific hegemony" and the displacement of the United States to achieve global preeminence in future.
Now almost pleading to the U.S. Congress for a whopping 750-billion-US-dollar defense budget request for FY2020, the DOD faintly conceded that the United States lost its cold-war era military dominance to China and Russia.
It impugned that several damaging trends like budget instability, the decades-long anti-terrorism campaign, and unfocused strategic vision allowed China and Russia to undermine U.S. global influence and to narrow DOD's military technological advantages through increased spending in war-fighting capability.
Pentagon's newer "strategy-driven budget" now focuses on finding new partners and strengthening alliances with Australia, Japan and South Korea as well as through agreements and bilateral engagements with India, Vietnam and Indonesia to generate decisive and sustained military advantages against China in the Asia Pacific region. 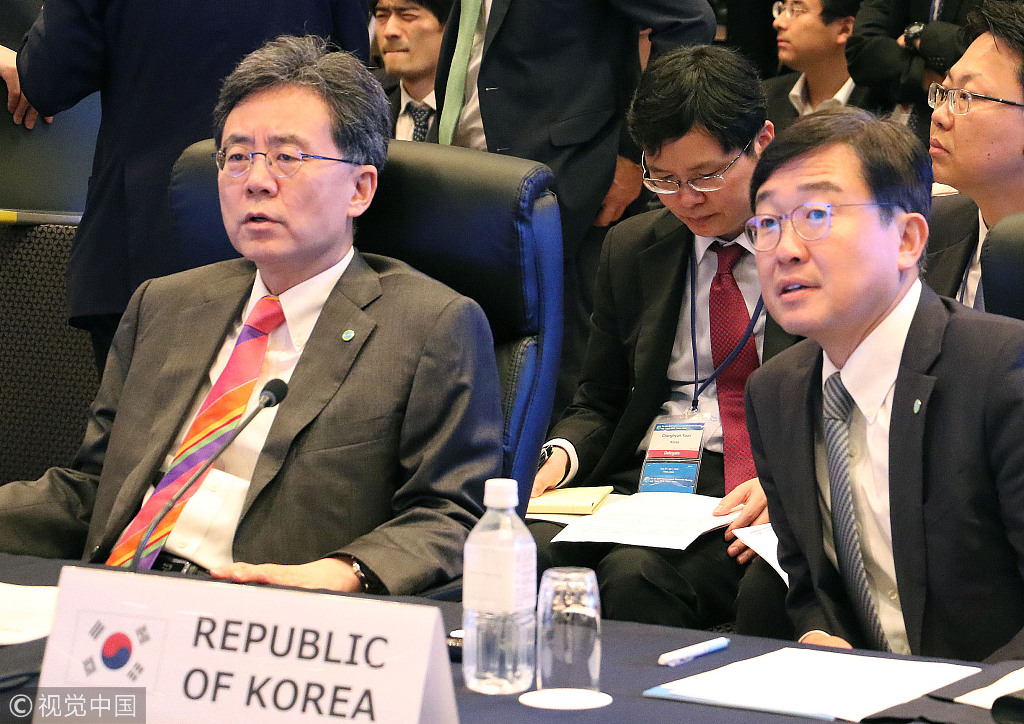 Refuting January's U.S. intelligence report that warned about expanding Chinese and Russian global influence, particularly in the Middle East and East Asia – the fresher DOD strategy backs its program to reduce forces in the Middle East and departure from the two-war construct.
The DOD also ignored weighing the U.S. intelligence assessment, which noted that some of the U.S. allies and partners are seeking greater independence from Washington in response to their perceptions of changing U.S. policies on security and trade and are becoming more open to new bilateral and multilateral partnerships.
The recent developments show a major shift in the U.S. foreign policy – apparently forfeiting the Middle East to China and Russia and focusing more on China's growing influence in the Asia Pacific that accounts for about 55 percent of the global population and nearly 43 percent of the global GDP.
Through exploiting the border and territorial disputes between China and its neighboring countries – Washington is pursuing a "greater plan" to circumscribe Beijing through its regional allies, and eventually to blight Beijing's economic and strategic interest in Asia and the Pacific.
But gallingly to the United States – China is the largest trading partner of Australia, one of U.S.' closest allies, in terms of both imports and exports. In the last financial year, roughly 34 percent of the Australian exports went to China while its imports from China accounted for 22.5 percent. So, falling to Washington's trap could jeopardize the much higher Australian economic stakes.
At the same time, the historically strained relations between China and Japan have significantly improved after last year: they both agreed to play down the differences and agreed on everything from currency swaps to ocean rescues. Also in 2018, Abe became the first Japanese prime minister to visit Beijing in seven years.
On the other hand, even though the U.S.-Korean ties survived the deterioration pinch followed by a cost-sharing agreement between the two countries on keeping 28,500 U.S. troops in South Korea, the tense Japanese-Korean relations continue to remain a hitch for the success of the U.S.' bigger plan to form a trilateral alliance against China in the region.
While THAAD has been a big stick diplomatic issue between Beijing and Seoul, the U.S.-China trade war is dealing blows to the already struggling South Korean economy. As South Korea relies heavily on semiconductor chips exports (26 percent of the country's total exports) to China, Trump's tariffs on Chinese goods have slashed the demand for its electronic items in China by 14 percent. And if the U.S.-China tiff ripens into a "full-blown trade war," it could incur a loss of up to 37 billion U.S. dollars on the trailing economy. 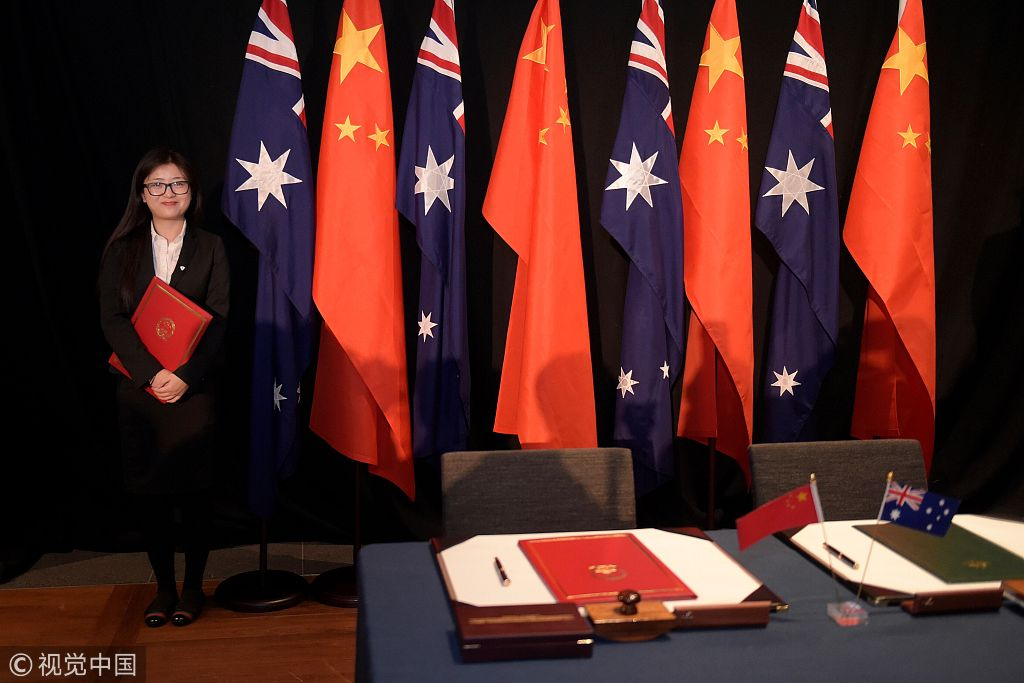 A woman holding a copy of the free trade agreement (FTA) stands next to national flags of China and Australia during a signing ceremony in Canberra on June 17, 2015. /VCG Photo‍

A woman holding a copy of the free trade agreement (FTA) stands next to national flags of China and Australia during a signing ceremony in Canberra on June 17, 2015. /VCG Photo‍

Washington has long hoped that Japan and South Korea could sort out their conflicts and help it to control China's unstoppable economic and strategic marches; nevertheless, the bonds between the two nations have repeatedly crawled from one to another.
While Washington fails to forge a U.S.-Japan-South Korea alliance against China, instead a counter China-Japan-South Korea alliance is evolving. On December 6 and 7, the three nations held the fourteenth round of negotiations on free trade agreement (FTA) in Beijing and discussed the progress on Regional Comprehensive Economic Partnership (RCEP).
Parenthetically, the 16-member RCEP includes all of U.S.' allies – Australia, Japan, the Republic of Korea, India, Indonesia, and Vietnam – it is counting on to check China's streaming strides across the region and beyond.
Earlier this month, the trade ministers from all 16 nation-states including China agreed to resolve issues – such as tariffs, intellectual property and transfer of information technology – with the aim of reaching a comprehensive agreement by the end of the year.
In these rapidly changing global proceedings, the United States could quickly fall short of allies to execute its strategy "to compete, deter, and win" over China and might need to revamp it in an age of "great power competition."
(If you want to contribute and have specific expertise, please contact us at opinions@cgtn.com.)