Lantern Festival: it's all about the lamps
By Ai Yan 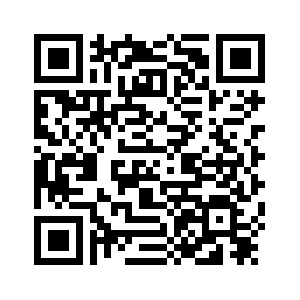 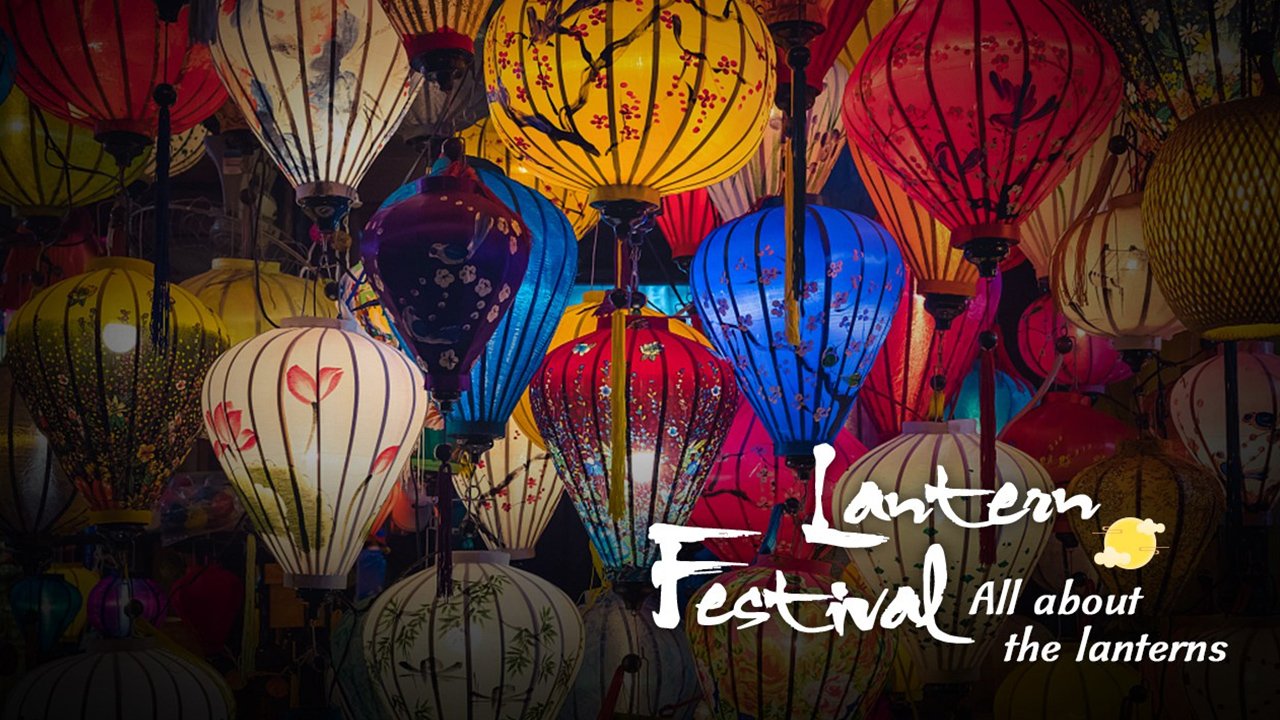 It's time again for the Lantern Festival, considered by many as the conclusion and final carnival of Spring Festival celebrations.
Falling on the 15th day of the first lunar month, the festival is thought to date back to the West Han Dynasty (202 B.C. - 8) as a tribute to a Taoist god Tai Yi, believed at the time to be the highest deity and  creator of the universe.
However, the festival was not widely marked as a traditional folk holiday until the Sui (581-618) and Tang  618-907) Dynasties, and it was not without the push of the rulers back then.
Why is it named “Lantern Festival”? 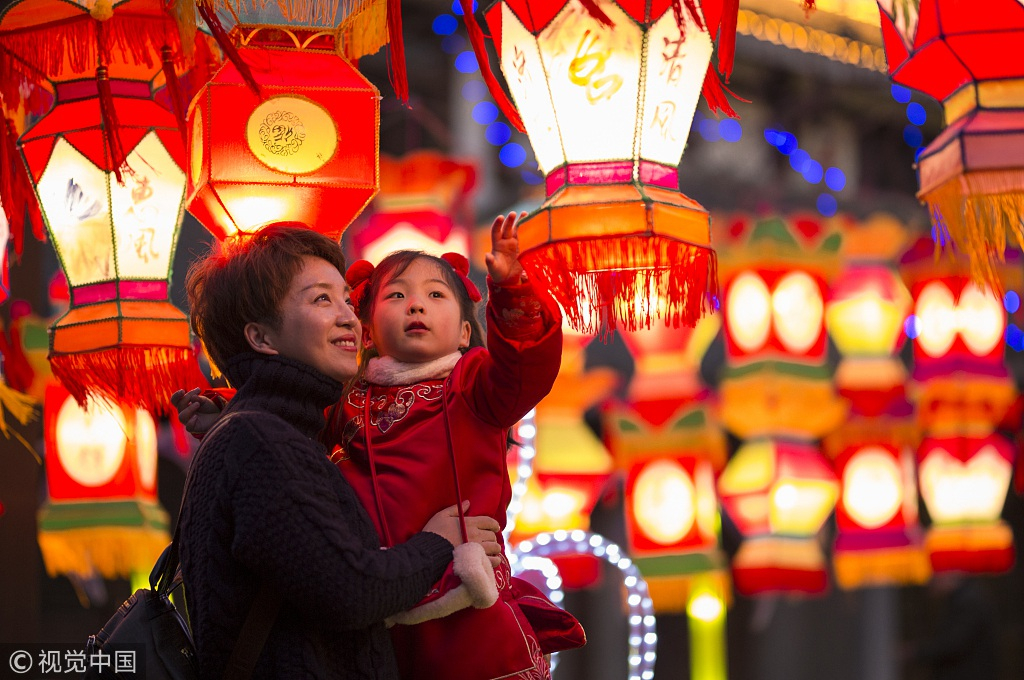 A mother and her daughter admire the lanterns on display. /VCG Photo

A mother and her daughter admire the lanterns on display. /VCG Photo

The Lantern Festival celebrations are much more diverse today. It is marked by glutinous rice ball treats, lantern displays, technological light shows and  television galas.
But why was the festival named after the “lanterns” at the beginning?
Several theories have been put forward, with one of the most widely accepted is that it was adopted from the concept of Taoism. The Lantern Festival was also known as the “Shang Yuan” Festival in ancient days, referring to the first time the full moon appears during a lunar new year.
It was compared to the “Zhong Yuan” and “Xia Yuan” festivals, which were marked on the 15th day of the seventh and tenth lunar months. 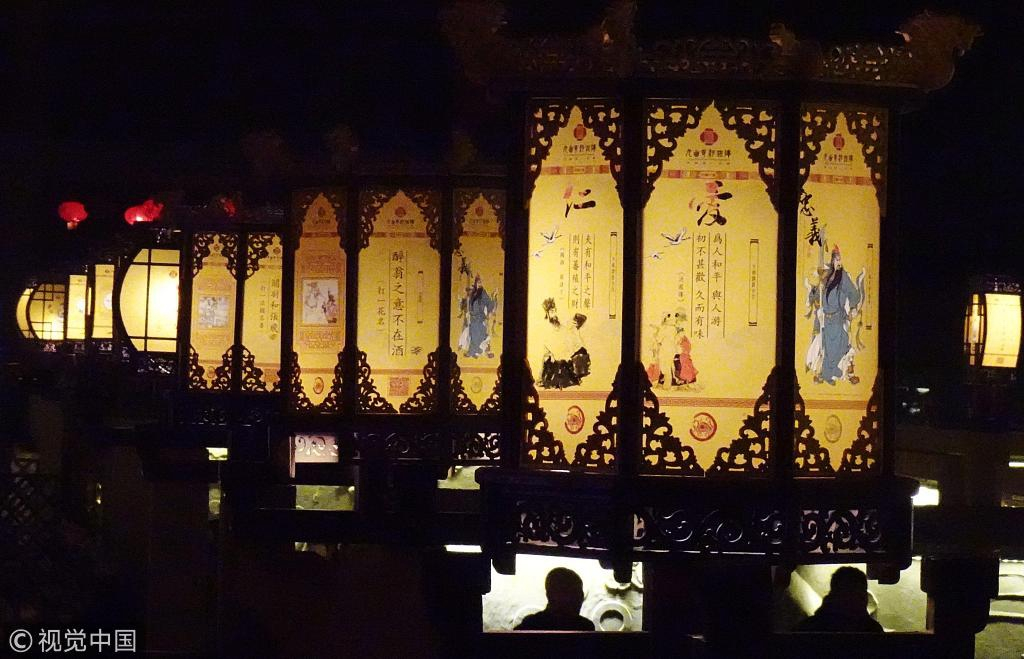 People light up lanterns to pay tribute to the gods who bestow good luck to humans.
In another version, the lanterns were lit to worship the Buddhas, and the habit spread to the whole society from the court during the East Han Dynasty (25 – 220).
A carnival of lanterns
No matter how it started, the day was later turned into a big event – probably the most joyful and boisterous of the year, and lanterns are an indispensable part of it.
For  a long time time, people were restricted by a strict night curfew, and the festival was almost their only chance to walk out of their home and have great fun after sunset. 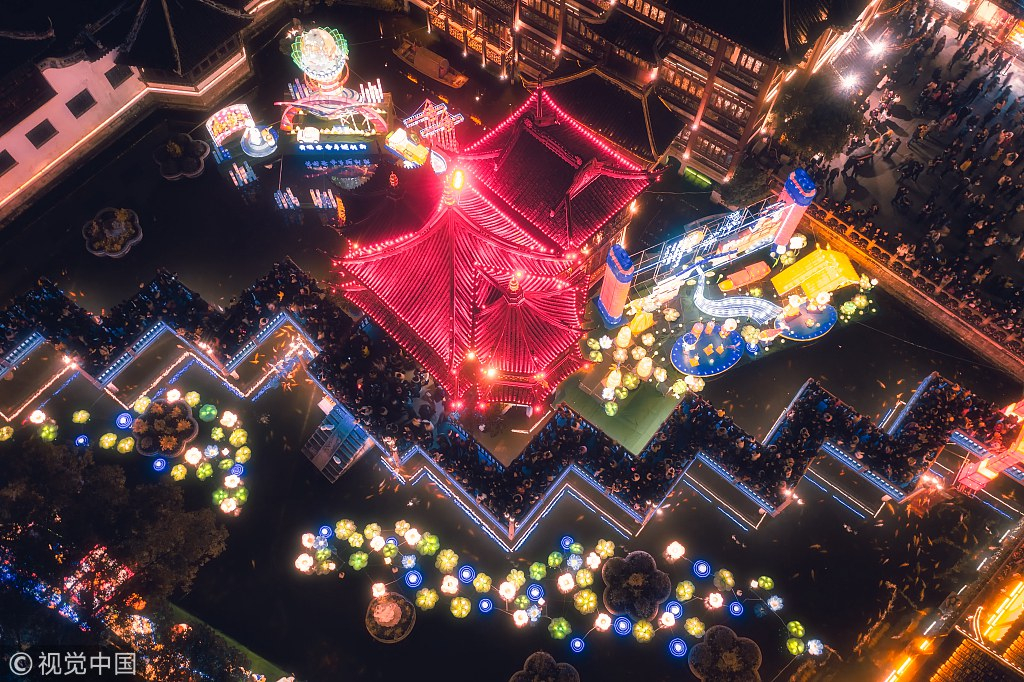 An aerial view of the lantern show at Yuyuan Garden in Shanghai. /VCG Photo

An aerial view of the lantern show at Yuyuan Garden in Shanghai. /VCG Photo

Starting the Tang Dynasty, the regimes gave from three to 10 days holidays during the Lantern Festival. From big cities to towns and villages, in and out of the palaces, the streets, buildings and households were all decorated with lanterns, with vendors setting up booths, selling food and handicraft, just like today's night fairs.
The patterns and styles of the lanterns could be as diversified as one can imagine. The frames of the lanterns were usually made of bamboo slices, which were covered with gauze or paper. The high-rank families would decorate them with jewelry, such as crystals, pearls and other gems.
There were lanterns in the shape of auspicious characters, fairy figures, flowers and mythical animals. They even took the shapes of the architecture and characters, with which the organizers used to tell fairy tales and legends. 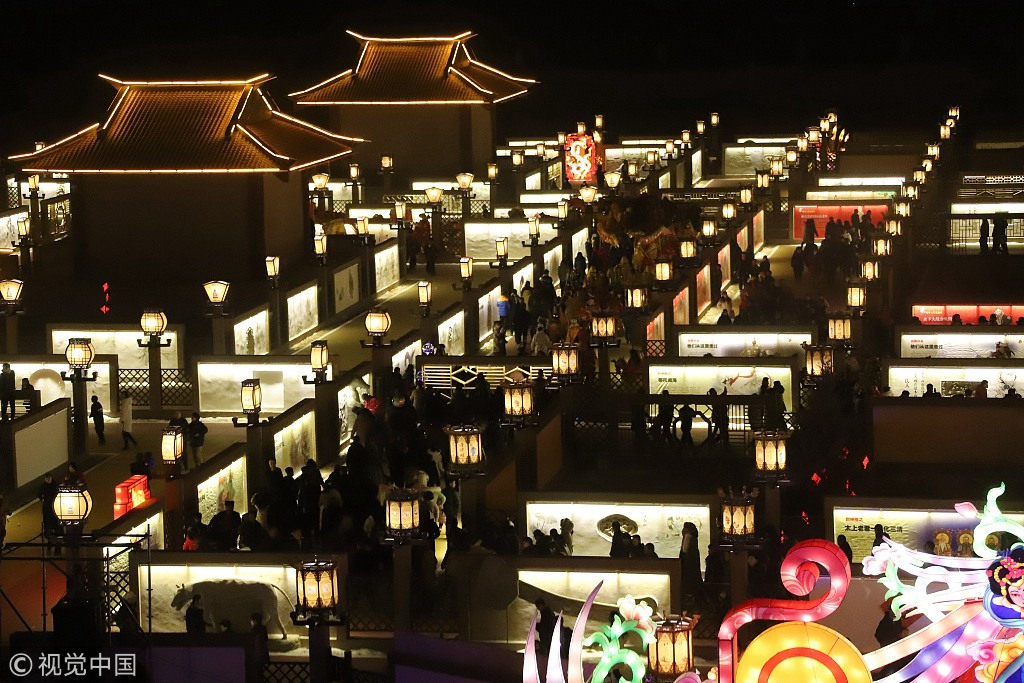 As is recorded in ancient archives and literary works, along the main street, “fiery trees and silver flowers” were the decorations of the night.
During the Song Dynasty (960- 279), people started to put up puzzles onto the lanterns, to add to the fun. Those who could solve the puzzles would win small awards. Celebrations could last for days, with many people staying up all night, even during the ancient days.
A modern style of the “Lantern Festival” 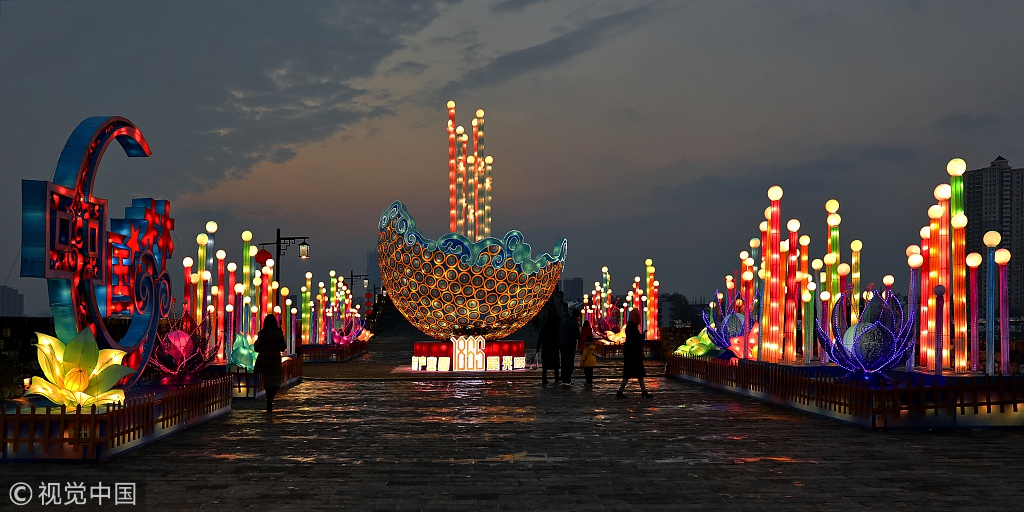 The traditions have been passed on well until today, but now, with new technologies and electricity, the lanterns have become even more diverse and eye-catching.
As in ancient times, a lantern show could be found in almost every city and town across the country during the Lantern Festival. Especially in the cities bearing a long history, the lantern shows could be as marvelous as one could expect.
For instance, in Nanjing, the ancient capital of six dynasties, the shows nowadays turn into a “three-dimensional” event involving the air, water and land. Walking along the Qinhuai River and admiring the lantern and light shows on both banks, one could enjoy a visual feast while at the same time have a bite of the traditional culture of the city. 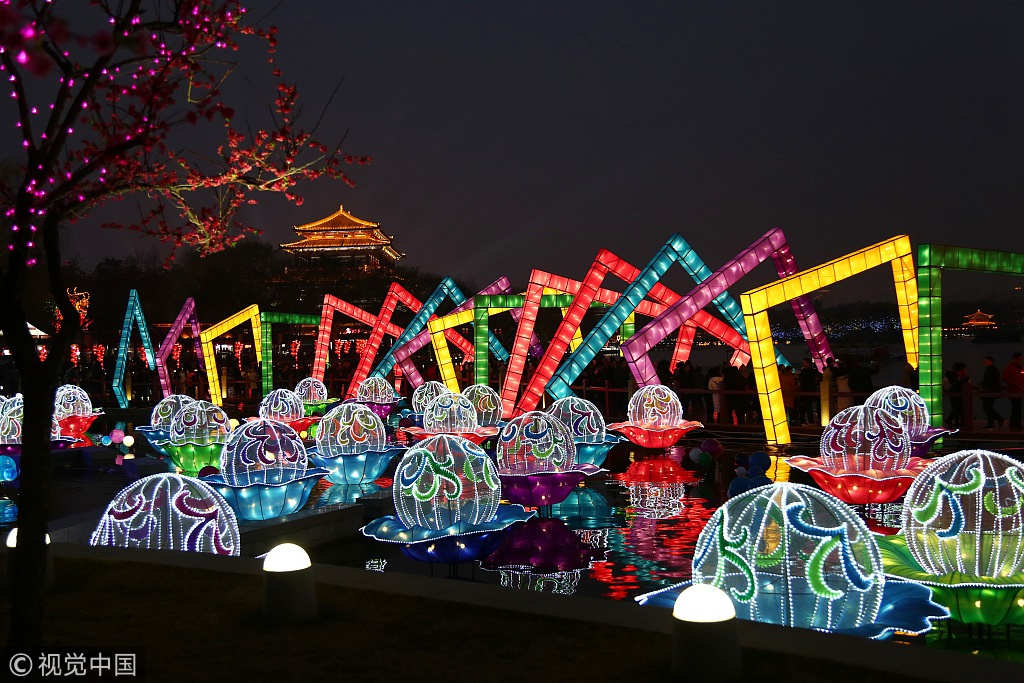 The lantern show on display at the Tang Paradise in Xi'an city, Shaanxi Province. /VCG Photo

The lantern show on display at the Tang Paradise in Xi'an city, Shaanxi Province. /VCG Photo

Xi'an city, which served as the capital of 13 dynasties, has combined its history well with the lantern shows. If you prefer traditional culture, the Tang Paradise is probably the best destination. With hundreds of lanterns set up among the ancient-styled architecture, you could touch upon the spectacular culture of Tang Dynasty. The ancient city wall could also lead you into the time tunnel within an instant.
If you prefer a modern and fashionable celebration, the Daming Palace light show is a preferable choice. The ancient-styled structures wrapped up with high-tech light shows offer an amazing journey of the past joining in the future.
If you are in China celebrating the Lantern Festival, just put on your coat and head to a lantern show. Trust me, it is definitely worth it despite the cold weather.
Happy Lantern Festival.
Cover image designing by Yin Yating.