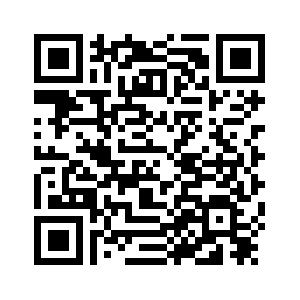 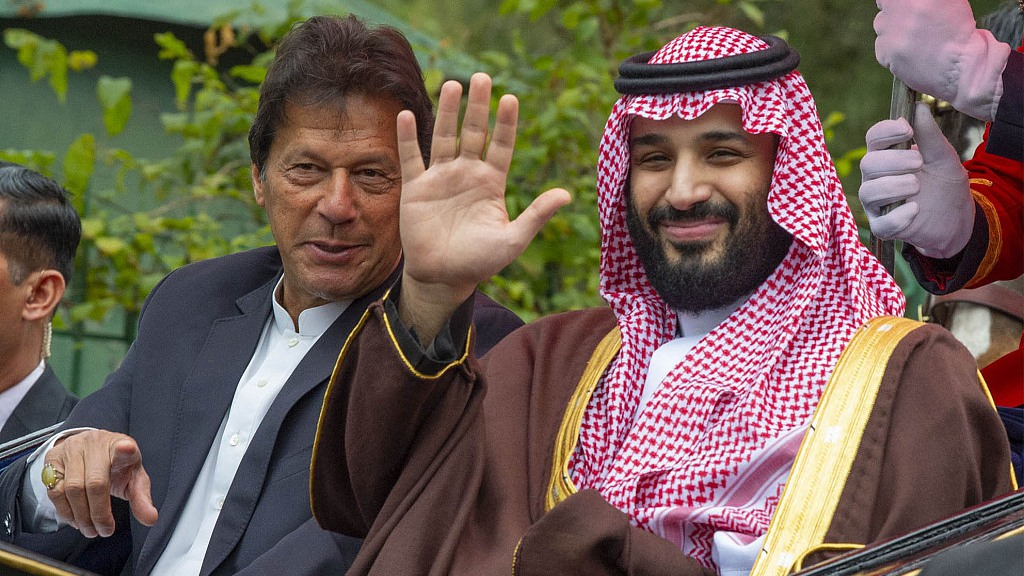 Editor's note: Cheng Xizhong is a senior fellow at Chahar Institute, a visiting professor at Southwest University of Political Science and Law, a former defense attache in South Asian countries and a former UN senior military observer. The article reflects the author's opinion, and not necessarily the views of CGTN.
China welcomes a third party to participate in the construction of China-Pakistan Economic Corridor (CPEC), which can make CPEC contribute to regional economic cooperation, a Chinese spokesperson said on February 19 while talking about the latest achievements made by Saudi Arabian Crown Prince Mohammed bin Salman Al Saud's visit to Pakistan.
Apart from China, Pakistan has another "iron brother", and that is Saudi Arabia in the Middle East. On February 17, the Saudi Arabian crown prince arrived in Pakistan for a two-day visit. During his visit, a large delegation with executives from more than 30 major enterprises also came. The two sides signed a series of cooperation documents with a total amount up to around 20 billion U.S. dollars. Saudi Arabia intends to gradually increase its investment in Pakistan to more than 100 billion U.S. dollars in the coming years.
What's more, it is noted that Saudi Arabia will actively participate in the construction of CPEC. The crown prince stressed that the potential of the CPEC will contribute to the development and prosperity of the related region. With Saudi Arabia's influence in the Middle East, other oil-producing countries in the region will follow and also increase their investment in Pakistan and participate in the construction of CPEC.
Pakistan and Saudi Arabia have enjoyed a good relationship with a long history. Saudi Arabia is an oil-producing country in the Middle East with strong economic and financial strength. Whenever Pakistan encounters difficulties, Saudi Arabia always gives generous assistance. 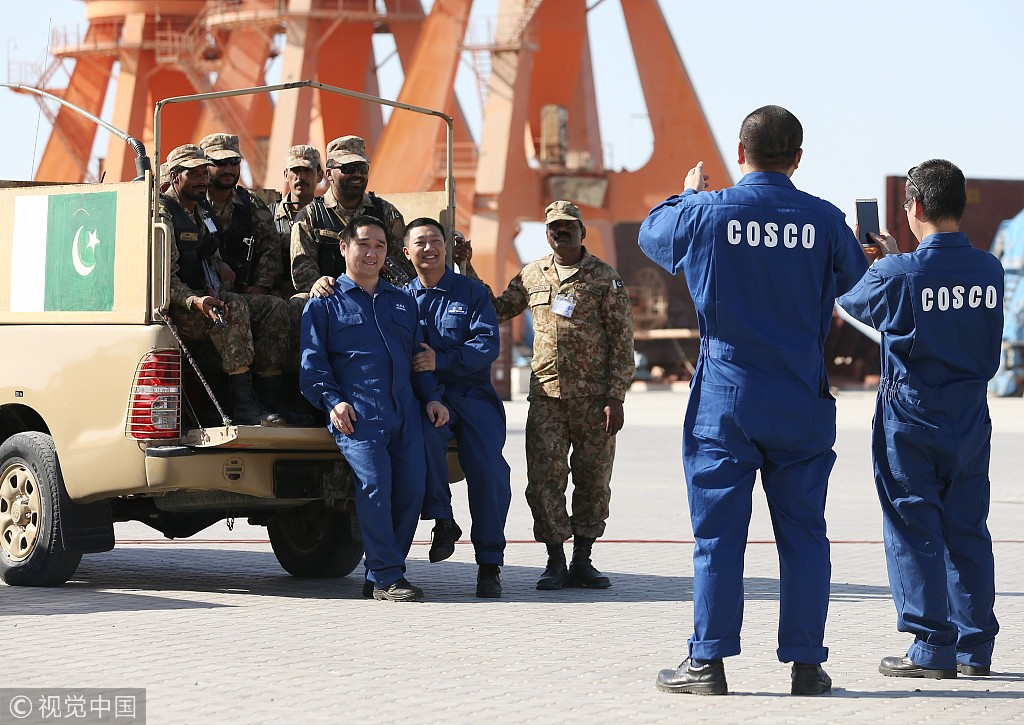 Pakistani army members and Chinese staff pose for a photo during the opening of a trade project in Gwadar port, Pakistan, November 13, 2016. /VCG Photo

Pakistani army members and Chinese staff pose for a photo during the opening of a trade project in Gwadar port, Pakistan, November 13, 2016. /VCG Photo

Last year, after Imran Khan took office as Prime Minister of Pakistan, the first country he visited was Saudi Arabia. This time, the crown prince's visit to Pakistan is his first ever trip to the East since becoming the crown prince. And it is of high importance to Pakistan because Pakistan is facing quite serious economic and financial difficulties with foreign exchange reserve below the alert line of 10 billion U.S. dollars and foreign debt up to nearly 100 billion U.S. dollars. So Pakistan needs financial support from Saudi Arabia and other Middle East oil-producing countries.
The cooperation between the two countries is highly complementary. Pakistan needs financial support from Saudi Arabia and Saudi Arabia needs military assistance from Pakistan. Pakistan helps Saudi Arabia in weapons, training and other aspects.
In addition, Pakistan and Saudi Arabia are both Sunni-majority countries with the same religious belief, which is the basis of the strategic relationship between the two countries.
However, there are two main problems related to the relations between Pakistan and Saudi Arabia. One is the contradiction between Saudi Arabia and Iran, and the other is the contradiction between Pakistan and India. 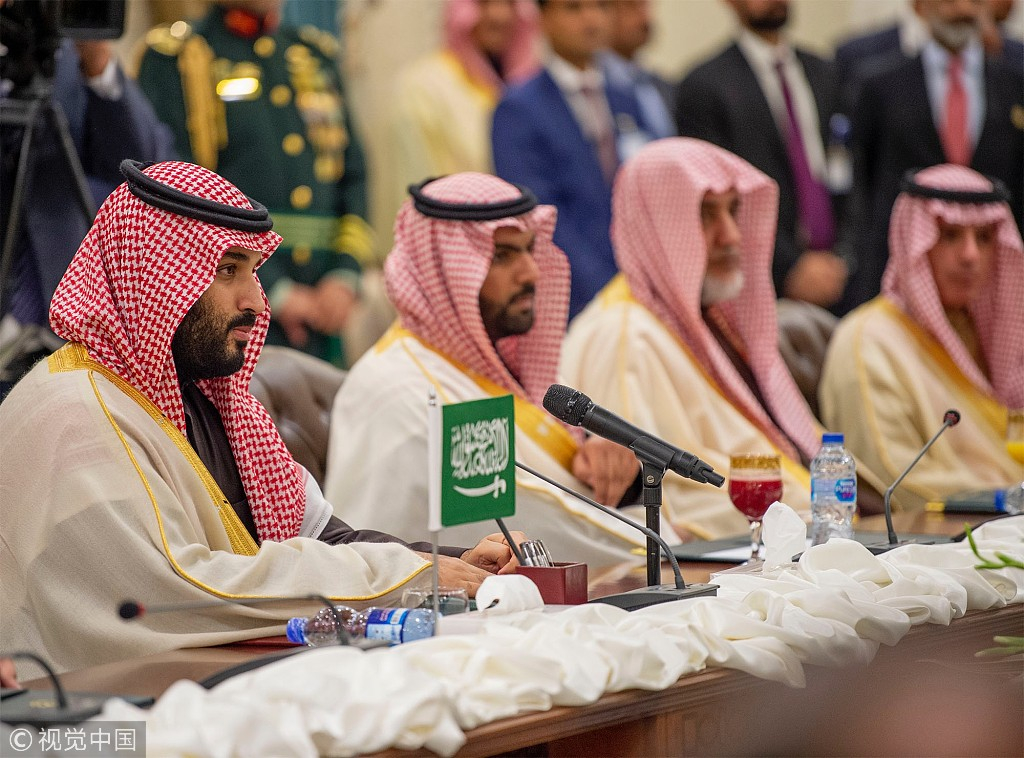 It should be known that the strategic relationship between Pakistan and Saudi Arabia is not against any third party. Saudi Arabia maintains good diplomatic relations with India and can play a positive role in the possible improvement of relations between India and Pakistan. Besides, Pakistan can play a positive role in Saudi Arabia's relations with Iran. Iran is one of the neighbors of Pakistan and Pakistan attaches great importance to its friendly and cooperative relations with Iran. Especially if Pakistan and Iran establish counter-terrorism cooperation mechanism, it is in the security interests of both countries and conducive to peace and stability in the region.
Historically, Pakistan has also played the role of "intermediary" on some occasions and made important contributions to the improvement of relations between some countries. Now, some progress has been made in the Afghan peace process. The key is that some major powers have now recognized the status of the Taliban in the Afghan peace process.
In 2001, the U.S. militarily attacked Afghanistan and overthrew the Taliban regime. But 18 years later, the Taliban in Afghanistan not only continues to exist but also has got strong control over a considerable part of Afghanistan. The U.S. seems to have recognized this and sought dialogue with the Taliban. It is believed that Pakistan has brought the Afghan Taliban to the negotiating table with the U.S.
For the visit of the crown prince to Pakistan, it is understood that Pakistan and Saudi Arabia will continue their consensus on promoting the bilateral relations and the security and stability of the whole region.
(Cover photo: Pakistan's Prime Minister Imran Khan and Saudi Arabia's Crown Prince Mohammed Bin Salman ride in a carriage during a welcome ceremony in Islamabad, February 18, 2019. /VCG Photo)
(If you want to contribute and have specific expertise, please contact us opinions@cgtn.com.)