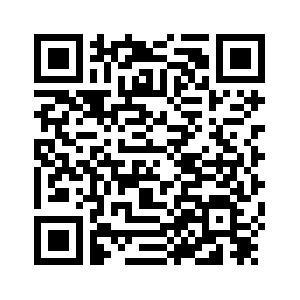 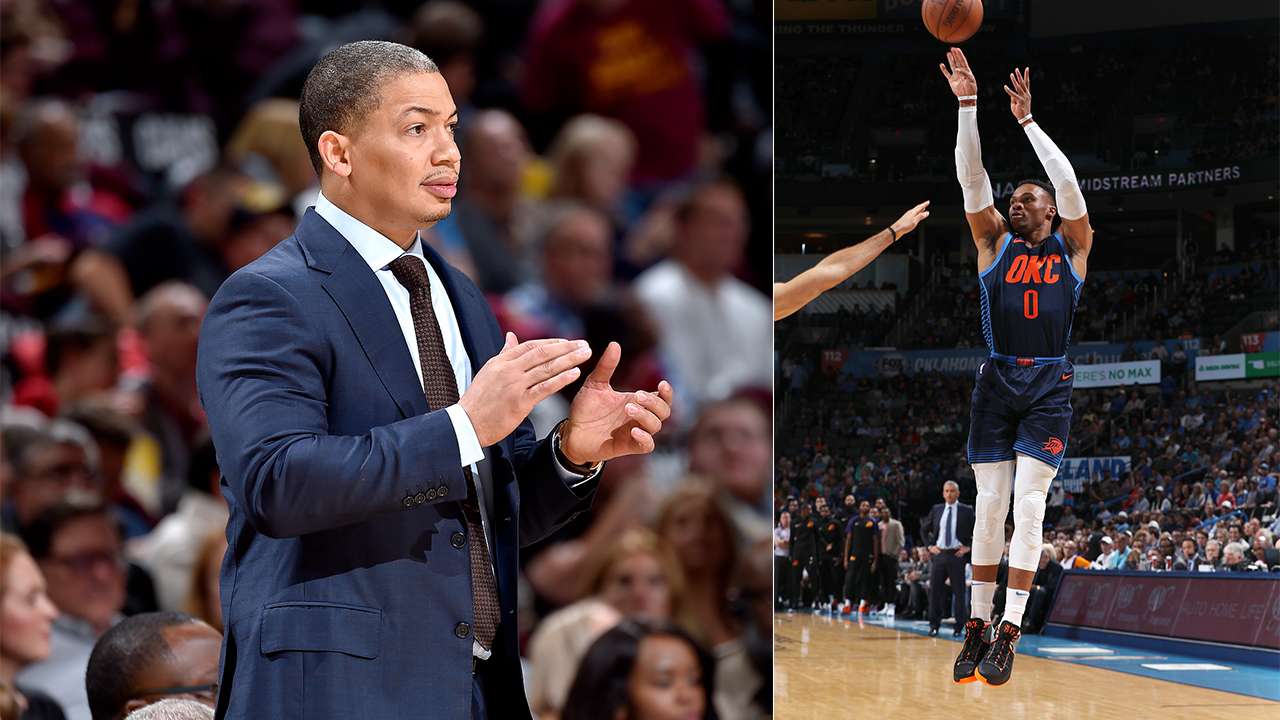 The Oklahoma City Thunder finally won their first game in the 2018-19 NBA regular season as they defeated the Phoenix Suns 117-110 at home on Sunday. Meanwhile, the Cleveland Cavaliers, as the only team that has not won a single game, fired their head coach Tyronn Lue. 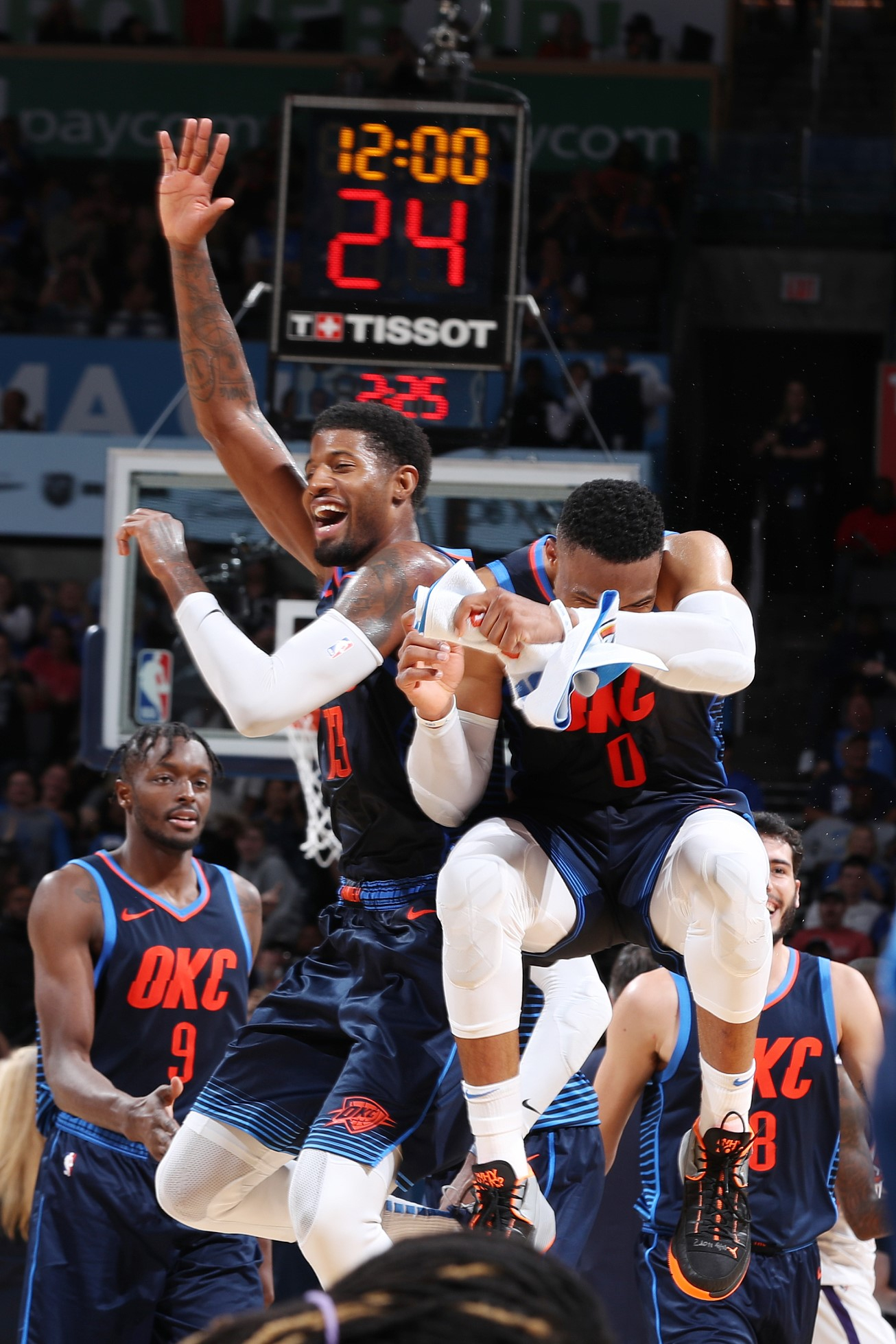 The Thunder finally win their first game of the 2018-19 NBA regular season after beating the Suns 117-110. /VCG Photo

The Thunder finally win their first game of the 2018-19 NBA regular season after beating the Suns 117-110. /VCG Photo

The Thunder and the Suns met at the Chesapeake Energy Arena both after four straight losses and in dire need of a victory to cheer their players and fans up. Oklahoma did not have their first-squad center Steven Adams and Phoenix had to play without their scoring star Devin Booker.
While Russell Westbrook did not find his target in the first quarter, Pail George stood out to carry OKC's offense by putting down 10 points, which was also the lead of his team over the Suns (30-20). In the second quarter, the Thunder once came close to expanding the difference to 20 points before Ryan Anderson scored eight points in a row to help the Suns trail 48-62 after the first half. 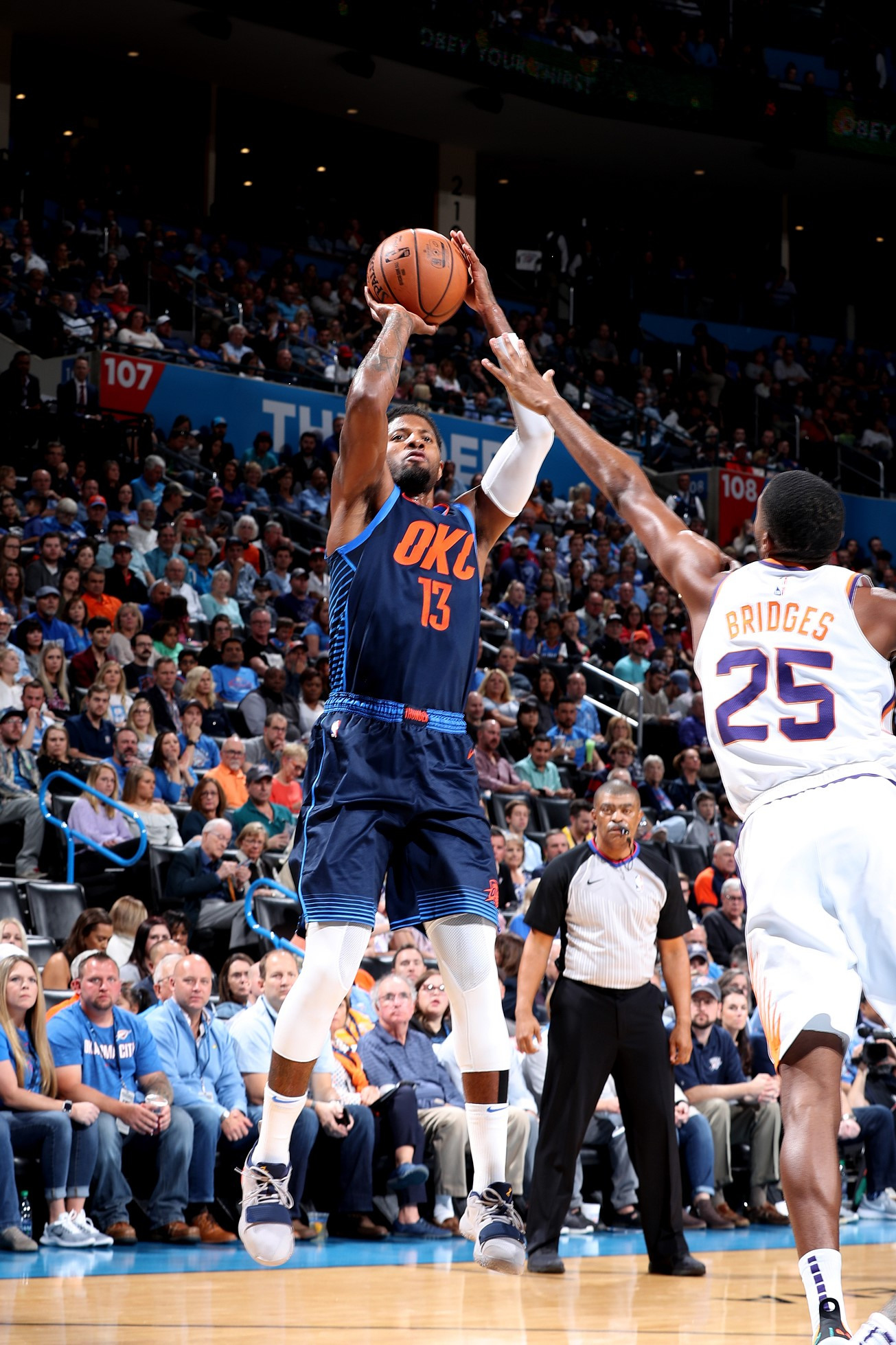 Phoenix in the third quarter made a win seem hopeful with an 8-0 run but soon saw the hope smashed by Oklahoma's 9-2 run. When George made a three-pointer in the last second, OKC already led by 20 points (96-76). The last quarter passed quickly as Oklahoma managed to maintain the score difference around 20. Both teams sent on bench players with four minutes left for garbage time, confirming that the Thunder had finally won their first game.
George put down 23 points for OKC including four three-pointers out of eight attempts. Westbrook scored 23 points too, while delivering 7 assists, making his career assists 6,136, passing Scottie Pippen (6,135) to rank No.32 on the list of NBA career assists leaders. The Sun's rookie center Deandre Ayton scored 16 points and 11 rebounds. 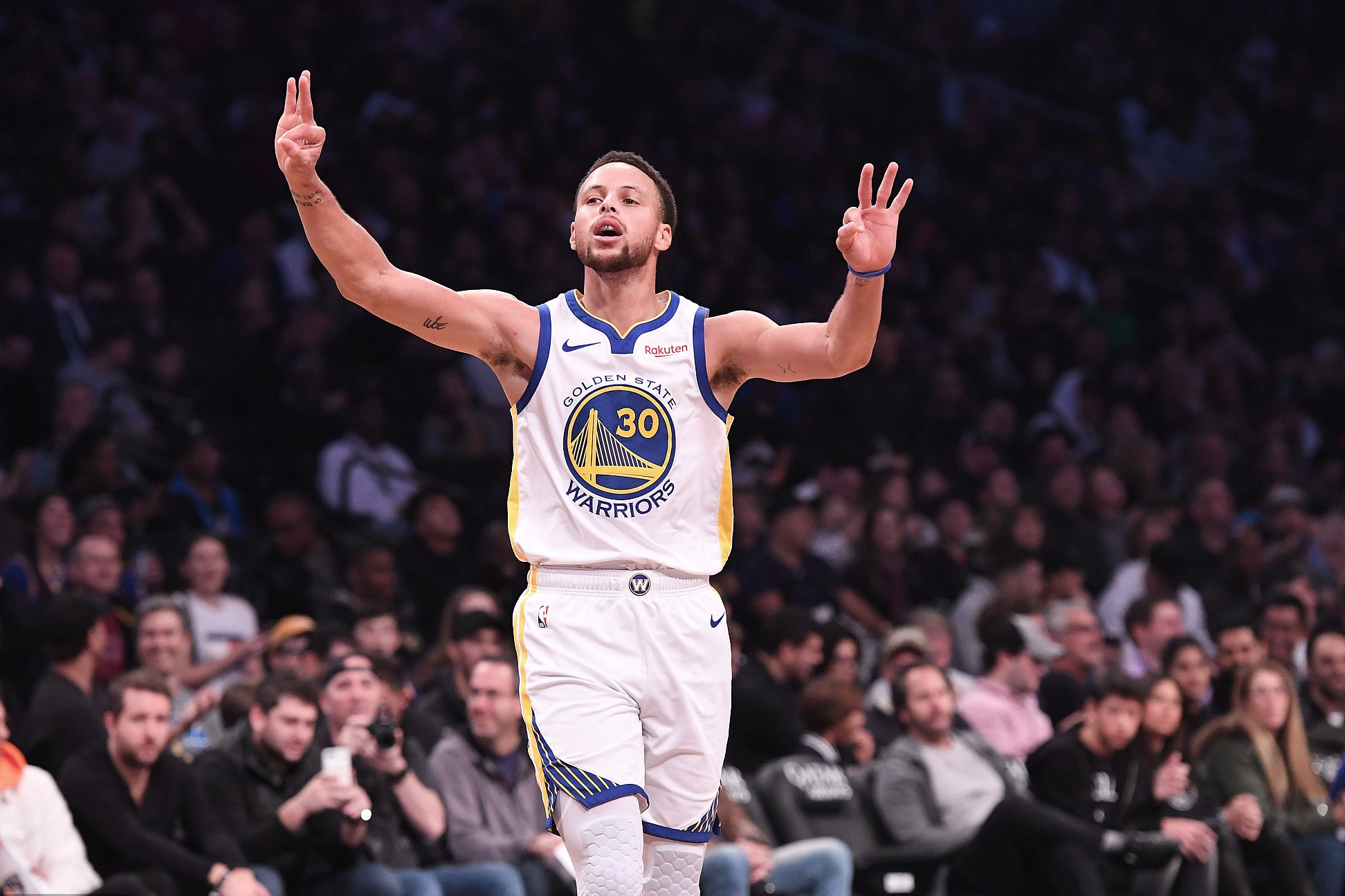 The Golden State Warriors visited the Barclays Center to challenge the Brooklyn Nets. Stephen Curry went on with his expected but still crazy shooting performance by making another seven three-pointers and helped GSW win the fourth game (120-114) in a row.
Both teams went on fire in the first quarter as five players put in six three-pointer in only two and a half minutes. Golden State led 32-29 after the first quarter. In the second quarter, Klay Thomson, Draymond Green, Kevin Durant and Curry began to carry the team one by one, helping the Warriors expand their lead 63-49 over Brooklyn. 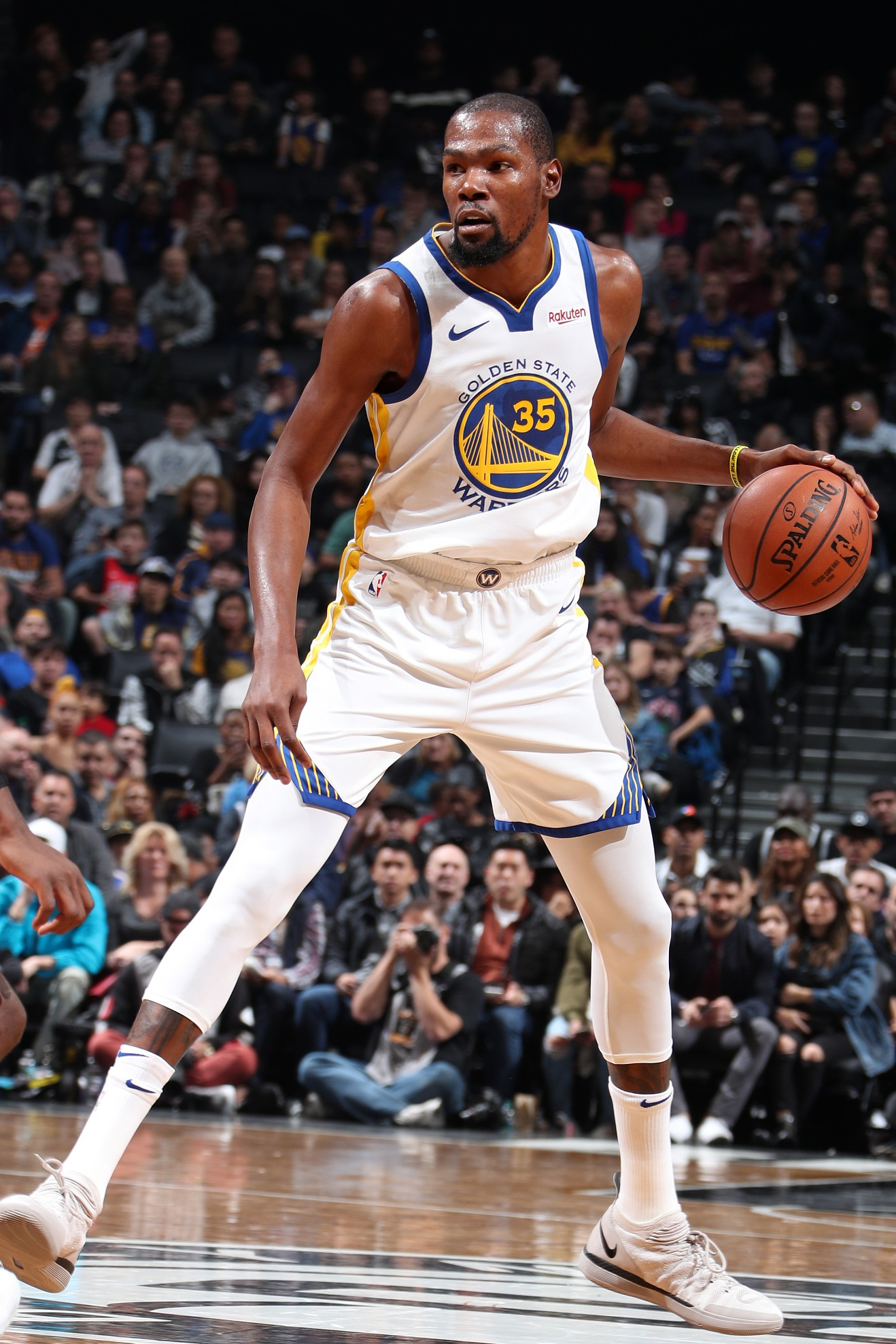 After he began to trail by 16 in the third quarter, the Nets launched a counter-attack in the last quarter with an 8-2 and a 16-5 run respectively, including three three-pointers made in a row. Durant, at such a key moment, stopped Brooklyn's momentum with a mid-range shot and then Curry again killed the game with his seventh three-pointer.
Other Sunday games: (home teams in Bold)
Utah Jazz 113-104 Dallas Mavericks
Washington Wizards 104-136 Los Angeles Clippers 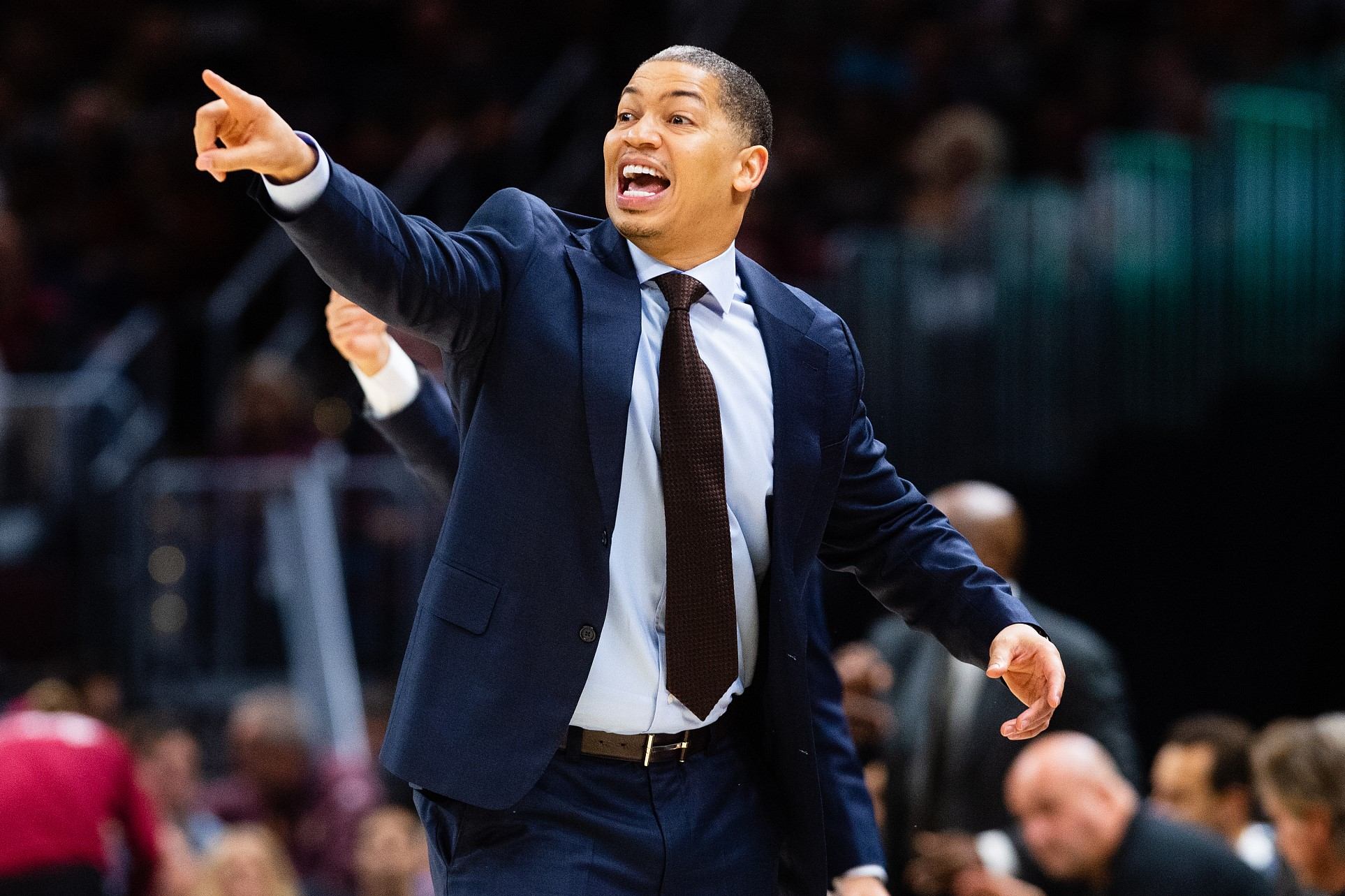 Besides the four regular season games, the other big news on Sunday was that Tyronn Lue, head coach of the Cleveland Cavaliers, was fired after his team started the new season with six consecutive losses. As OKC beat the Suns, the Cavaliers became the league's only team that has not win a single game so far.
"My time here in Cleveland was truly special. I am very grateful for the dedication, sacrifice, and support of all the players on our team, the tremendous coaches I worked with and of course, our incredible fans. Lastly, deep thanks to [owner] Dan Gilbert, [former general manager] David Griffin and [general manager] Koby Altman for the opportunity over the last three years and I only wish the organization success moving forward," said Lue in a statement to ESPN's Marc Spears. 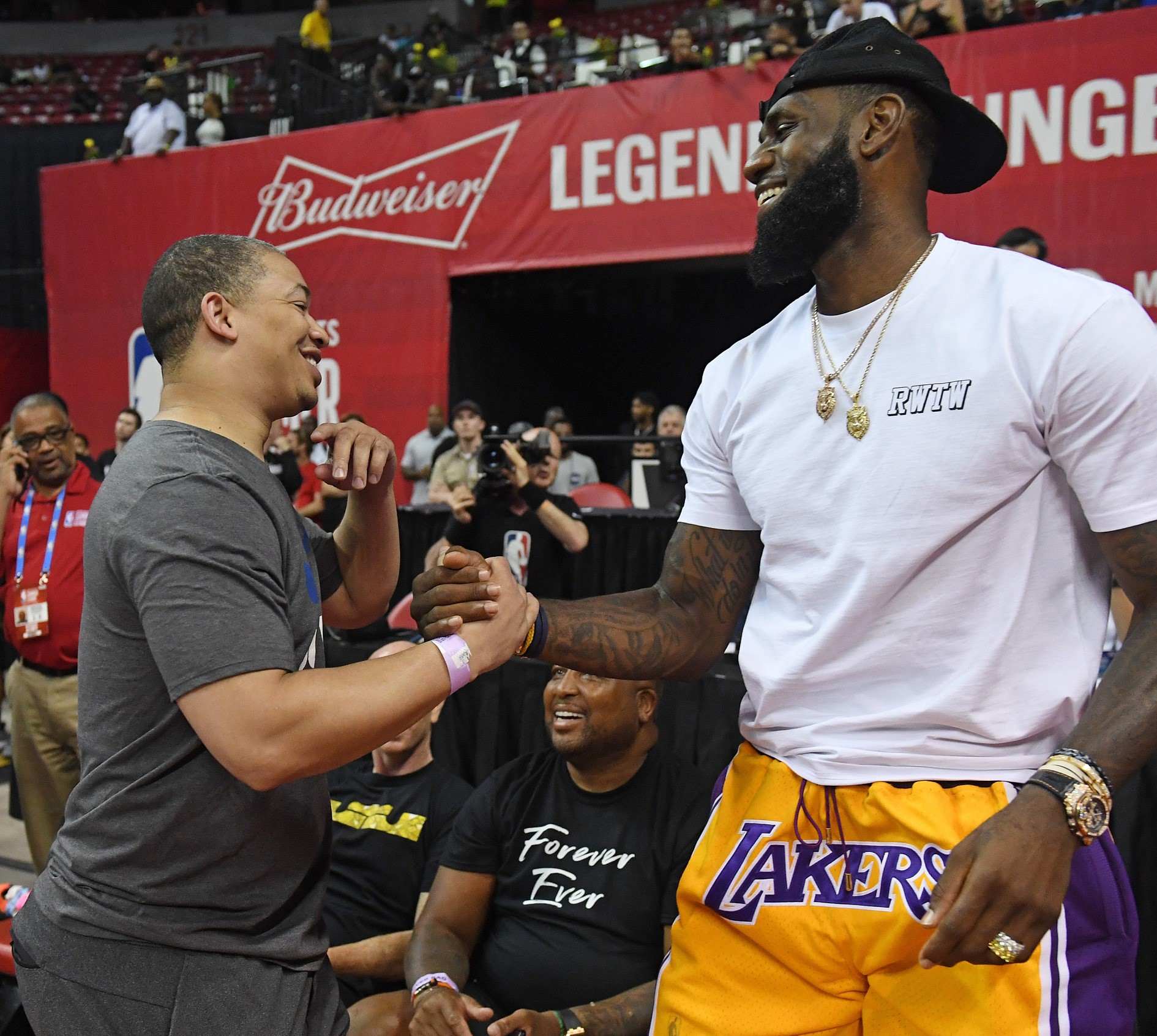 Lue's departure from the Cavs drew attention from the many of the team's players, past and present. LeBron James who joined the Los Angeles Lakers in summer wrote on Twitter: "T Lue thanks for the memories and more importantly our partnership bringing a championship to that deserved city/fan base. U know how to find me."
"You helped me see the big picture. Life changing experiences and teaching points. Nothing but love and admiration. Know we will work towards something greater together again. Thank you," posted Cleveland's forward Kevin Love on Instagram.
Even head coaches from other teams were disappointed by the Cavaliers' decision. Clippers boss Doc Rivers was obviously unhappy and said before the game with the Wizards: "I think it's awful. I think what it shows you is, you know -- go to the Finals, win it. Go to the Finals three years in a row, and then you come back and get fired. You know, it makes no sense. It's the ugly part of our game." 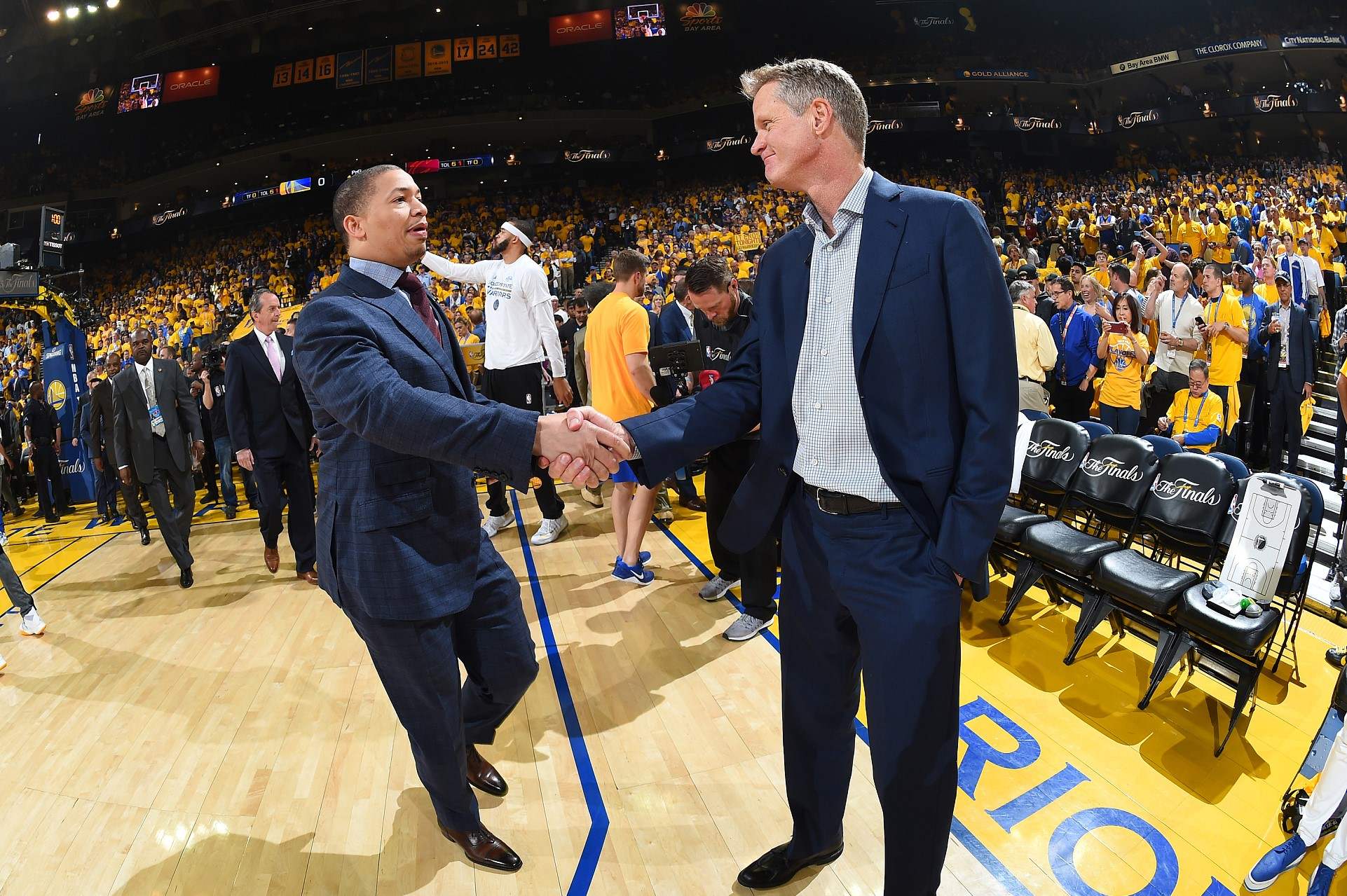 Lue (L) and Steve Kerr (R) have been playing against each other as head coaches of their teams for three consecutive times in the NBA Finals. /VCG Photo

Lue (L) and Steve Kerr (R) have been playing against each other as head coaches of their teams for three consecutive times in the NBA Finals. /VCG Photo

Steve Kerr, head coach of the Warriors that met the Cavs coached by Lue in the finals three times in a row from 2016-2018, said he felt sad to hear the news. "I know from coaching against him in the Finals several years in a row, he's good. He knows what he's doing, he's well prepared every night. And if he wants another shot, he'll get one. It's always sad when you see a fellow coach get the ax like that this early in the season."
According to ESPN's Brian Windhorst, Lue disagreed with Cleveland's general manager Koby Altman and owner Dan Gilbert over who should and should not be playing on the court. While Gilbert and Altman wanted to give rookies like Collin Sexton more time and remove veteran players like JR Smith and Kyle Korver from rotation, Lue did not, and after one game of following the order from top, he put both Smith and Korver back without asking for Altman's opinion. 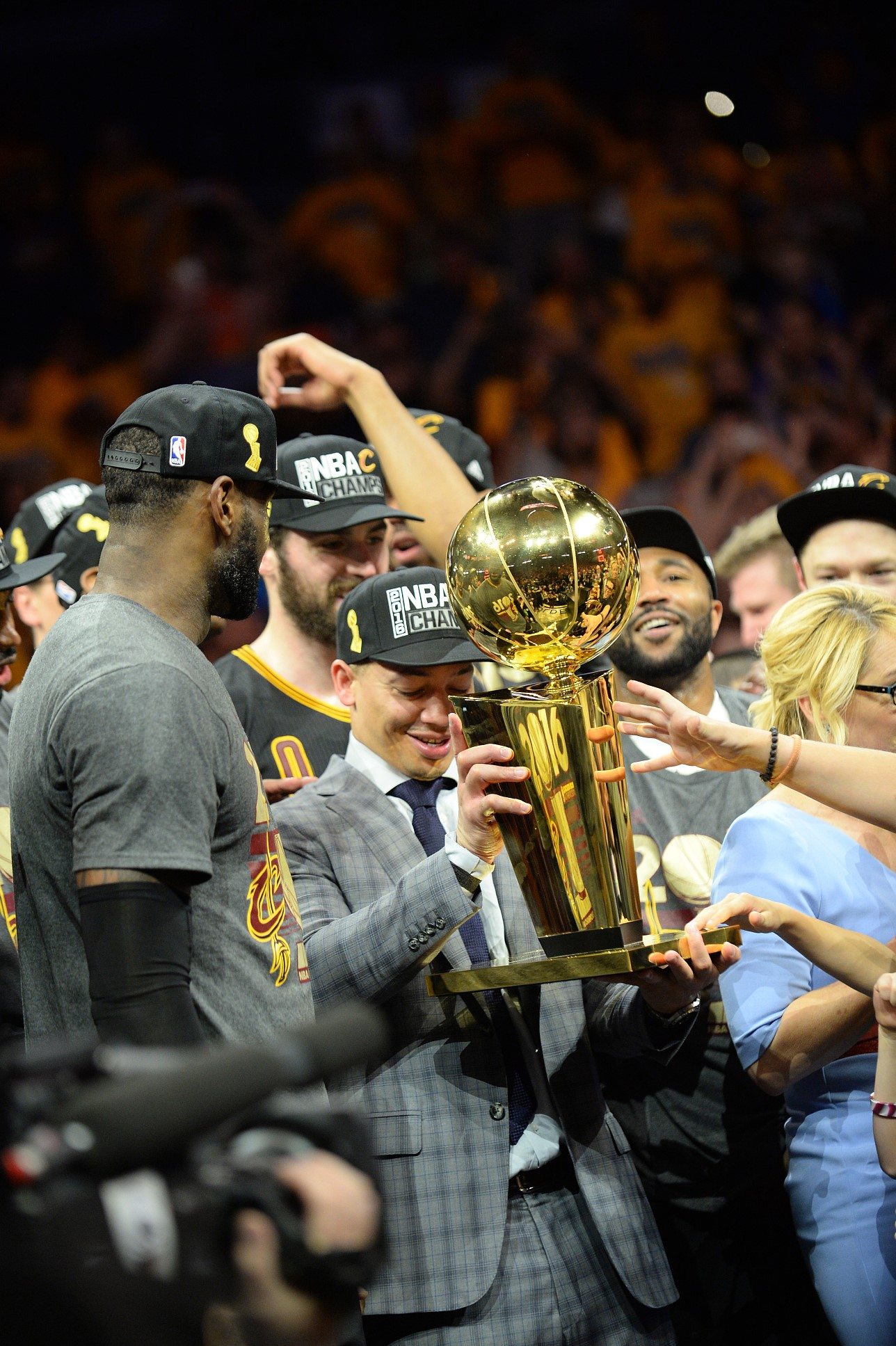 It's undeniable that Cleveland win their first and only NBA Championship when Lue is the head coach. /VCG Photo

It's undeniable that Cleveland win their first and only NBA Championship when Lue is the head coach. /VCG Photo

However, Lue standing of his ground did not keep Cleveland from losing. Considering the Cavs' current condition, losing is neither surprising nor a big problem, but a loss after a disagreement with the management would understandably lead to his sacking. The good news for Lue is that he should still be able to receive a 15 million US dollars severance payment from the Cavaliers.
As for the Cavaliers, first Kyrie Irving left, then James departed and now Lue has been fired. The team may be finally looking at the start of a reconstruction period, whether they are willing to admit it or not.