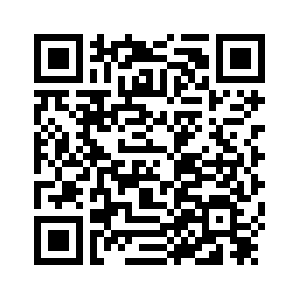 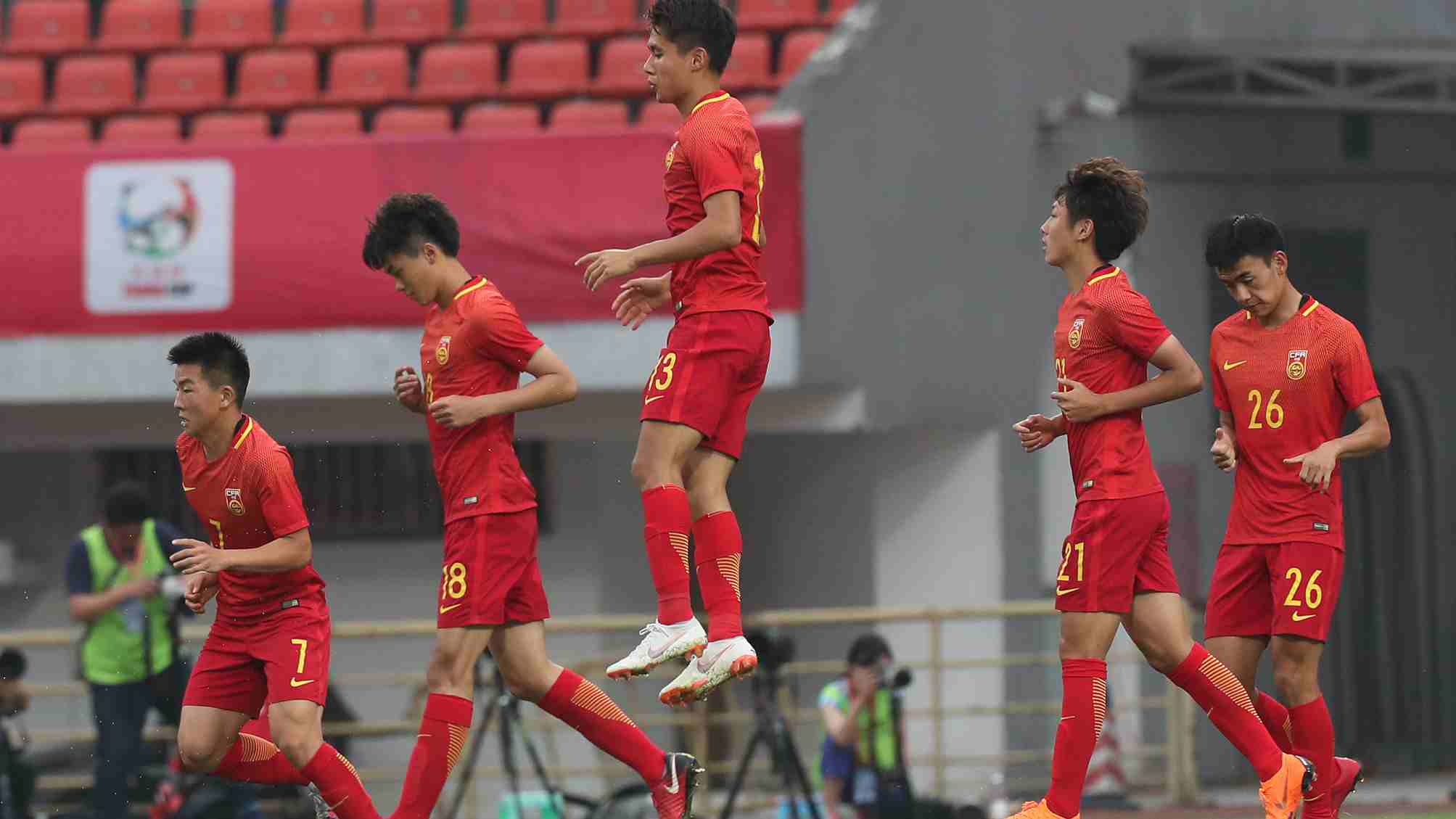 There was a collective sense of emptiness from China's players at the final whistle as realization dawned that it was over. They ended up salvaging a scrap of consolation from their ill-fated AFC U-19 Championship campaign following a 2-0 victory in a dead rubber clash with Malaysia.
The tournament has already finished for Cheng Yaodong's men after they failed to atone for a horrible opening loss to a limited Tajik side by succumbing to a disastrous defeat at the hands of Saudi Arabia. And yet they still managed to rebound after an early exit, restoring some pride with a much-improved performance at the expense of Malaysia's progression.
Bojan Hodak's side, who need to beat China while hoping other results go their way in order to qualify, pushed forward with a thrilling urgency in the opening stages of the game as if their life depended on it.
They came close to scoring in the third minute when Nik Akif's whipped free-kick from the left bounced off the hand of the goalkeeper Peng Peng. The loose ball fell to Hadi Fayyadh, but to no avail. 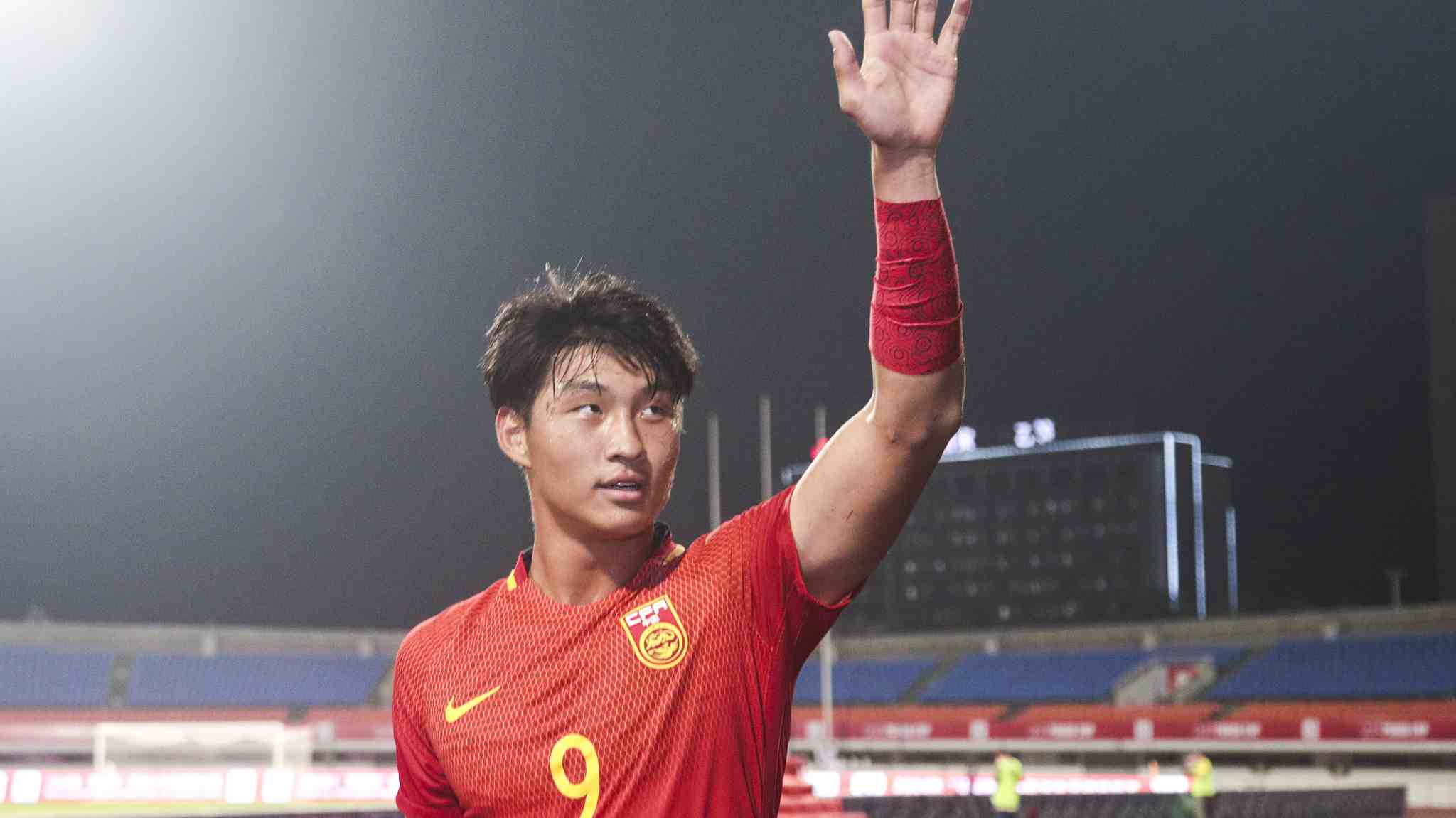 China's Guo Tianyu poses a constant threat to Malaysia's creaking backline during their last group game at the AFC U-19 Championship on October 26. /VCG Photo

China's Guo Tianyu poses a constant threat to Malaysia's creaking backline during their last group game at the AFC U-19 Championship on October 26. /VCG Photo

China found themselves trying desperately to cope with a Malaysia onslaught but responded well as the shot-stopper Azri Ghani had to produce a telling save by diving left to gather a curling shot from Tao Qianglong at the end of a smooth move.
They had further opportunities to lift the siege but Guo Tianyu missed two decent openings. His first came from Tao's superb delivery from wide left, but Guo headed wide of the far post. His second stemmed from a free-kick on the edge of the area as Tao again pinged a perfect low ball across goal, but Guo failed to apply the final touch, only to see the ball zip past him.
The deadlock was finally broken on the stroke of half-time as Yang Yilin was the instigator, releasing Liu Chaoyang down the right with a perfectly weighted pass. Liu provided a wonderful cutback from the byline into the run from deep of Tao. China's No 7 drove an unstoppable finish beyond Azri, ending a 498-minute goal drought for his side in this tournament.
The opening goal invigorated China's display. Guo almost doubled the advantage five minutes after the interval as he rose highest to head goalwards a cross from Sun Qinhan, but it was directed straight at Azri. 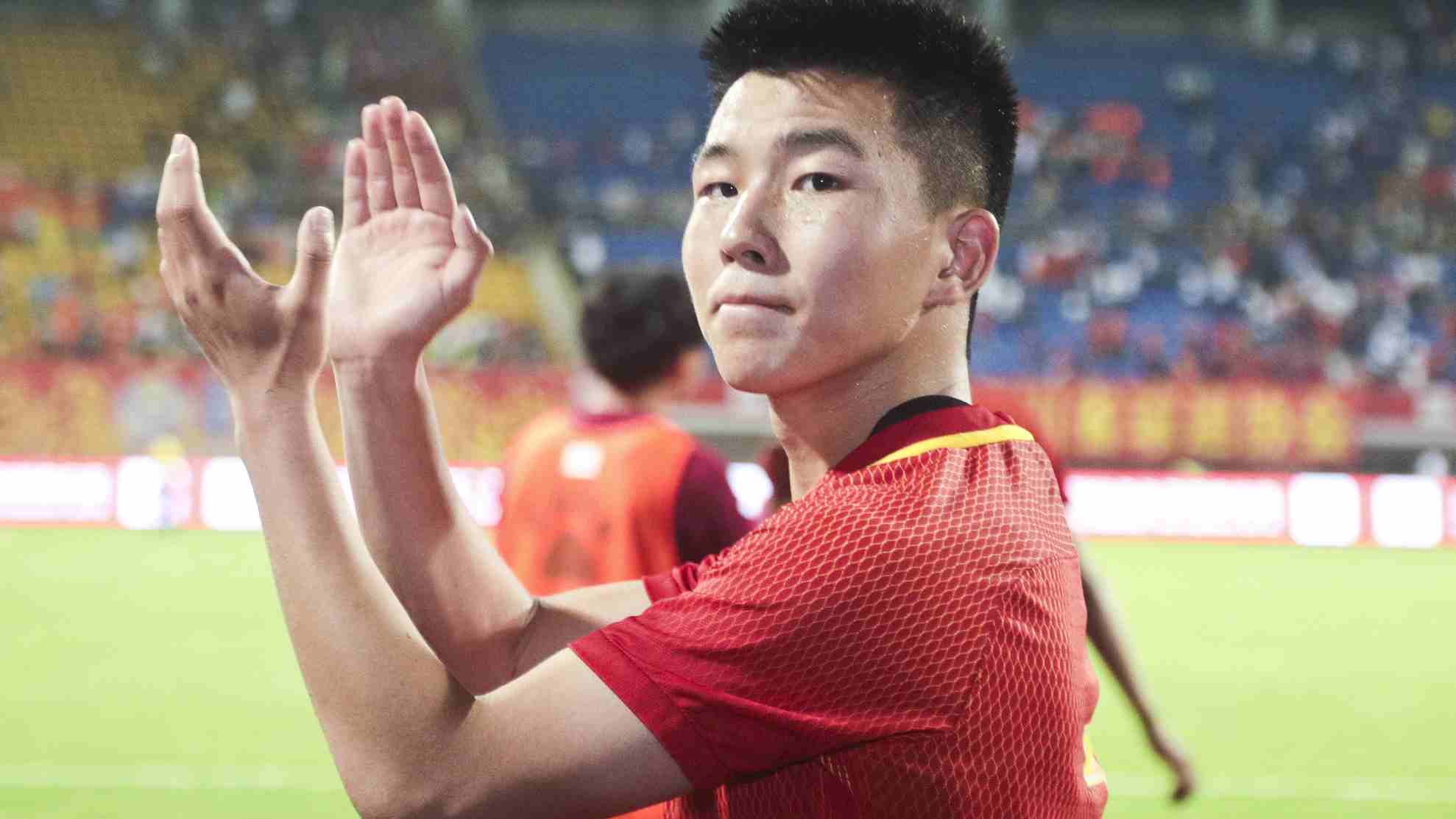 Tao Qianglong puts in a brilliant display as he opens the scoring for China. /VCG Photo

Tao Qianglong puts in a brilliant display as he opens the scoring for China. /VCG Photo

A second seemed only a matter of time, and it arrived just before the hour mark with Guo involved once again. The Shandong Luneng striker's deft touch found Xu Yue, and the latter followed it up with a right footed shot that took a slight deflection to put the ball in the back of the net.
Malaysia manufactured an opportunity of their own as Akhyar Rashid cut inside from the left and thundered a shot against the crossbar quarter of an hour from time. But Hodak's attempts to turn the tide by introducing Muhammad Johari for Muhammad Ramadhan and then Mohd Zafuan for Ammar Alias, were to no avail.
With two dispiriting losses hanging over their head, Cheng's youngsters eventually gave Chinese fans something to cheer about, but the 51-year-old Chinese coach was in no mood to celebrate at full-time. 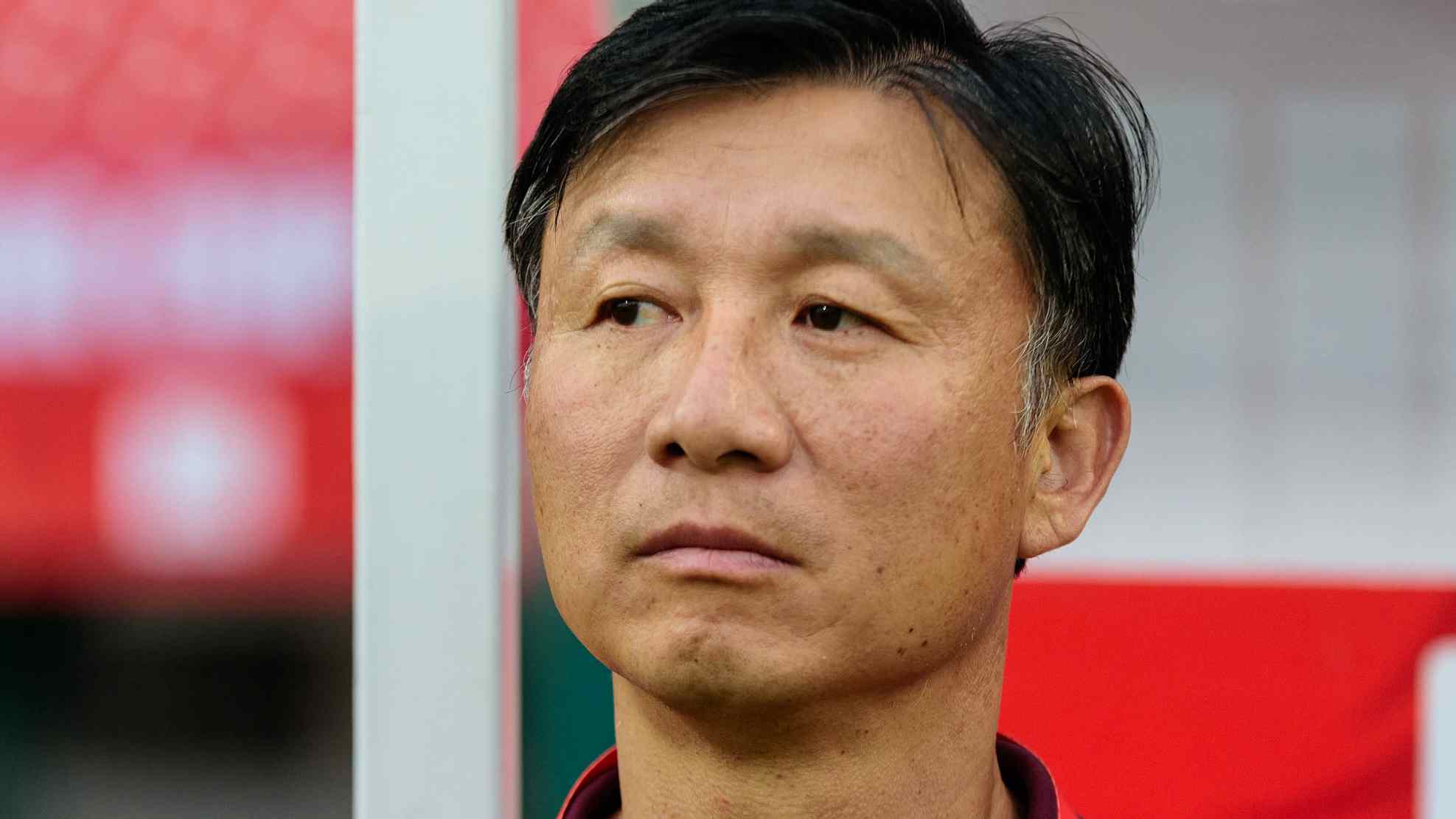 China coach Cheng Yaodong fails to get the best out of his players despite early promise. /VCG Photo

China coach Cheng Yaodong fails to get the best out of his players despite early promise. /VCG Photo

"I feel bad for those young kids because expectations are high for this team before the tournament, but we have to accept the fact that we are eliminated," lamented Cheng.
"My players showed unbelievable courage and confidence during the game and we didn't let the early exit affect our performance on the pitch. The team deserved the victory."
"It's shame that we crash out while some of the inferior teams qualify. We need to work harder back home to improve our players' technical abilities."
"To be honest, I think we have tried our best."