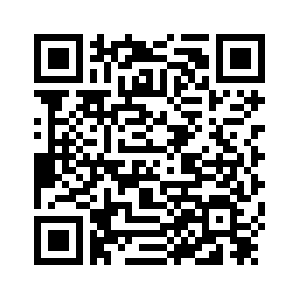 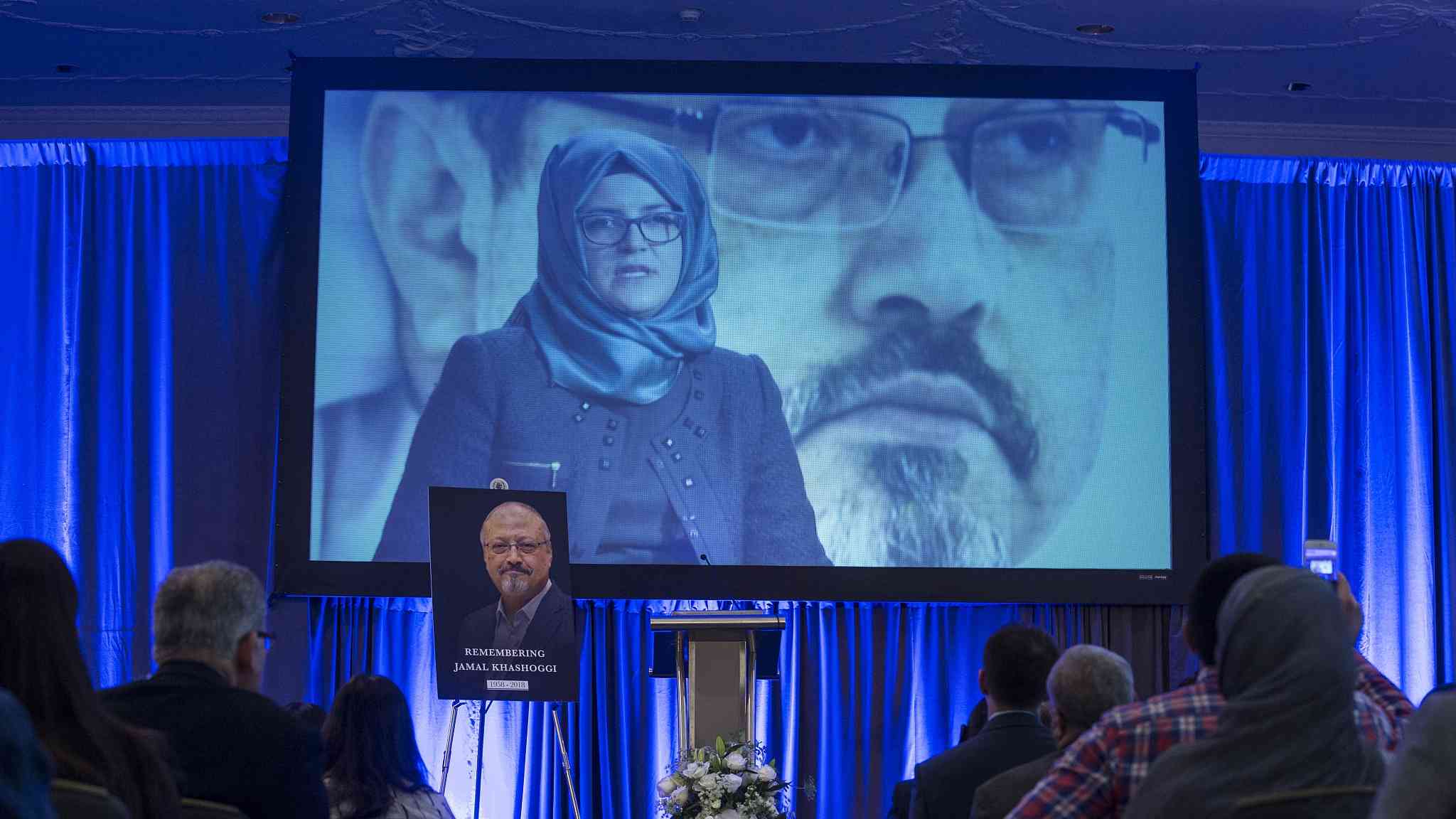 Saudi Arabia sent a two-man "clean-up team" to erase evidence of journalist Jamal Khashoggi's killing a week after he disappeared at the Saudi consulate in Istanbul, a Turkish official said on Monday, calling it a sign top Saudi officials knew of the crime.
Confirming a report in Turkey's pro-government Sabah newspaper, the official said the chemist and toxicologist were tasked with erasing evidence before Turkish investigators were given access to the Saudi consulate and consul's residence.
Sabah identified the two men as Ahmed Abdulaziz al-Jonabi and Khaled Yahya al-Zahrani, saying they arrived in Turkey as part of an 11-person team sent to carry out the inspections with Turkish officials. 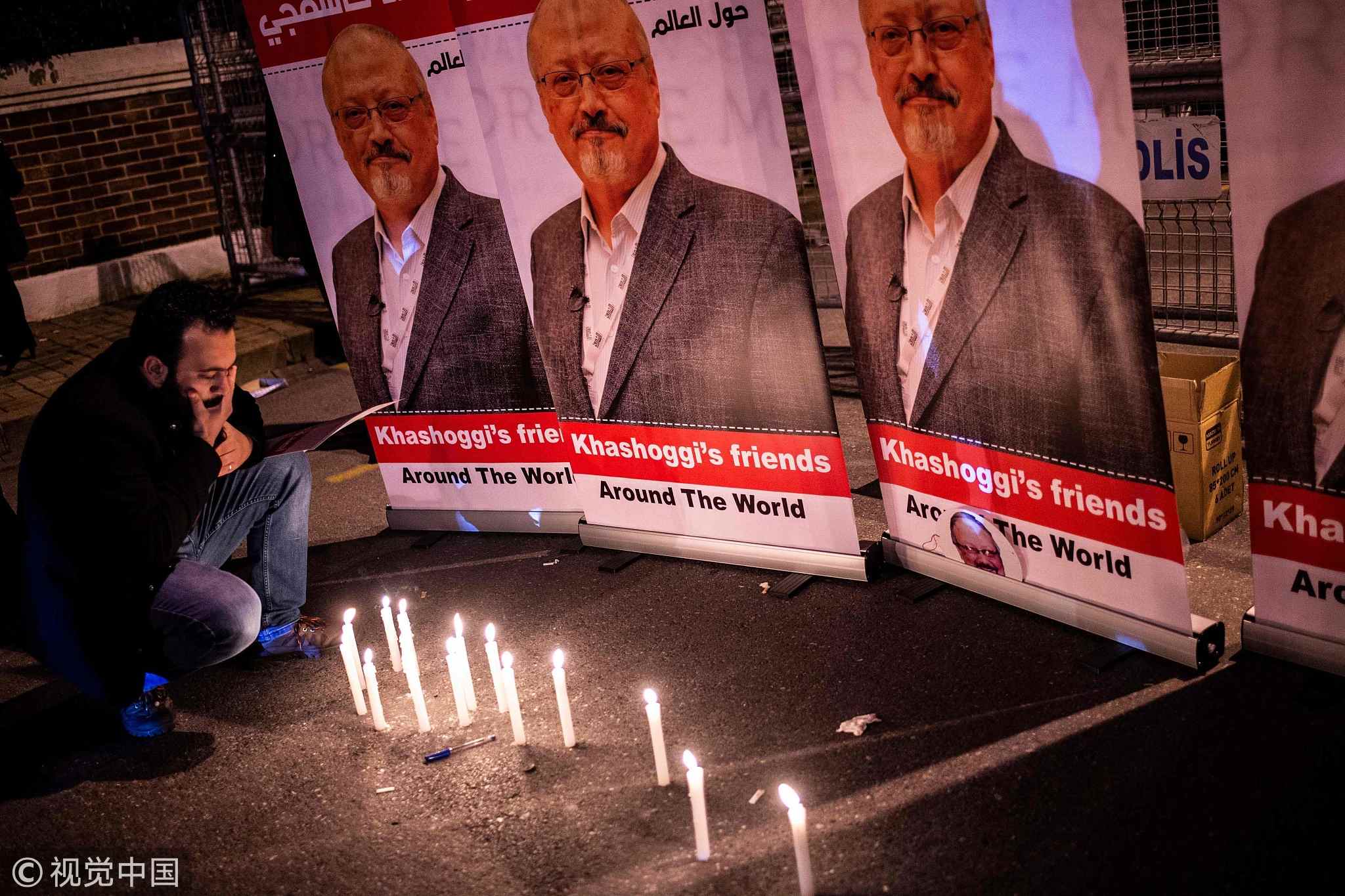 A man mourns at a makeshifts memorial made of candles and posters picturing Saudi journalist Jamal Khashoggi during a gathering outside the Saudi Arabia consulate in Istanbul, October 25, 2018. /VCG Photo

A man mourns at a makeshifts memorial made of candles and posters picturing Saudi journalist Jamal Khashoggi during a gathering outside the Saudi Arabia consulate in Istanbul, October 25, 2018. /VCG Photo

Khashoggi, a Washington Post columnist critical of the Saudi government and its de facto ruler Crown Prince Mohammed bin Salman, disappeared at the consulate on October 2.
Saudi officials initially insisted Khashoggi had left the consulate, then said he died in an unplanned "rogue operation." The kingdom's public prosecutor Saud al-Mojeb later said he was killed in a premeditated attack.
Turkish and Saudi officials have carried out joint inspections of the consulate and consul's residence in Istanbul, but President Tayyip Erdogan says some Saudi officials are still trying to cover up the crime. Ankara has also demanded Riyadh cooperate in finding Khashoggi's body, which Istanbul's chief prosecutor said had been dismembered.
A senior Turkish official confirmed the names of the men identified on Monday by Sabah. "We believe that the two individuals came to Turkey for the sole purpose of covering up evidence of Jamal Khashoggi's murder before the Turkish police were allowed to search the premises," the official said. 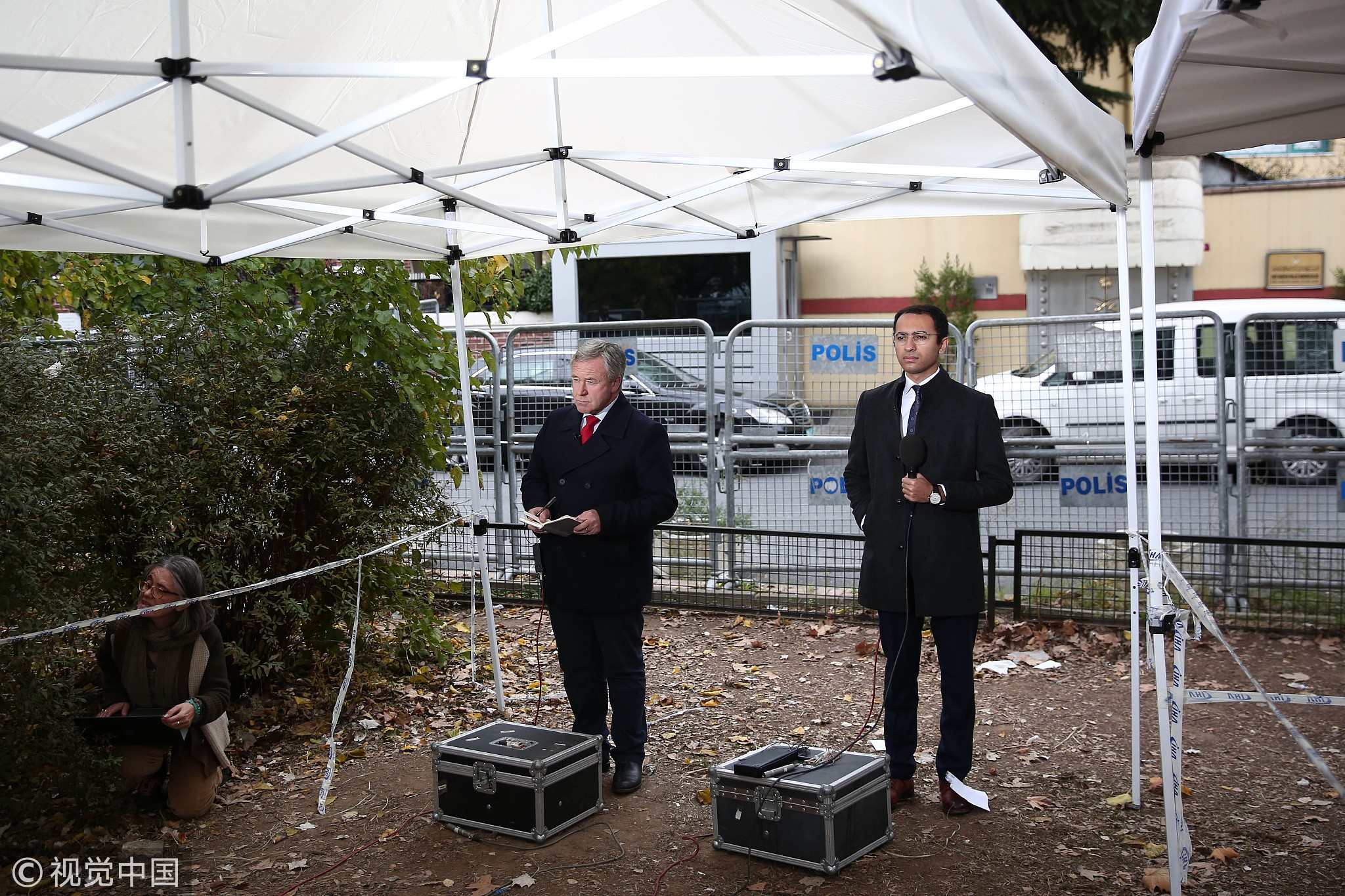 The two individuals carried out clean-up operations at the consulate and the consul's residence in Istanbul until October 17 and left the country three days later, he said.
"The fact that a clean-up team was dispatched from Saudi Arabia nine days after the murder suggests that Khashoggi's slaying was within the knowledge of top Saudi officials," the official said.
Saudi Arabia says 18 people have been detained over Khashoggi's killing and the head of its human rights commission told a meeting in Geneva on Monday Riyadh was investigating the case with a view to prosecuting the perpetrators.
Saudi Arabia's conflicting accounts of Khashoggi's killing have prompted international outcry against the world's top oil exporter, upending the young crown prince's international image as a reformer.
Turkey has released a stream of evidence challenging the initial Saudi denials of involvement and continues to press Riyadh for details.
(Cover Photo: Hatice Cengiz, the fiancee of Jamal Khashoggi, delivers a speech via video conference during a memorial service at the Mayflower Hotel in Washington, DC, November 2, 2018. /VCG Photo)
Read more:
Sons of Saudi journalist Khashoggi appeal for return of his body
Erdogan implicates Saudi gov't for the first time in Khashoggi murder
Source(s): Reuters