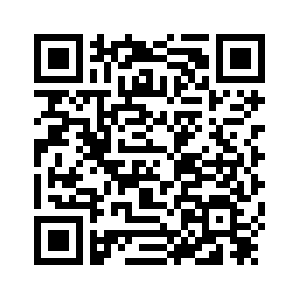 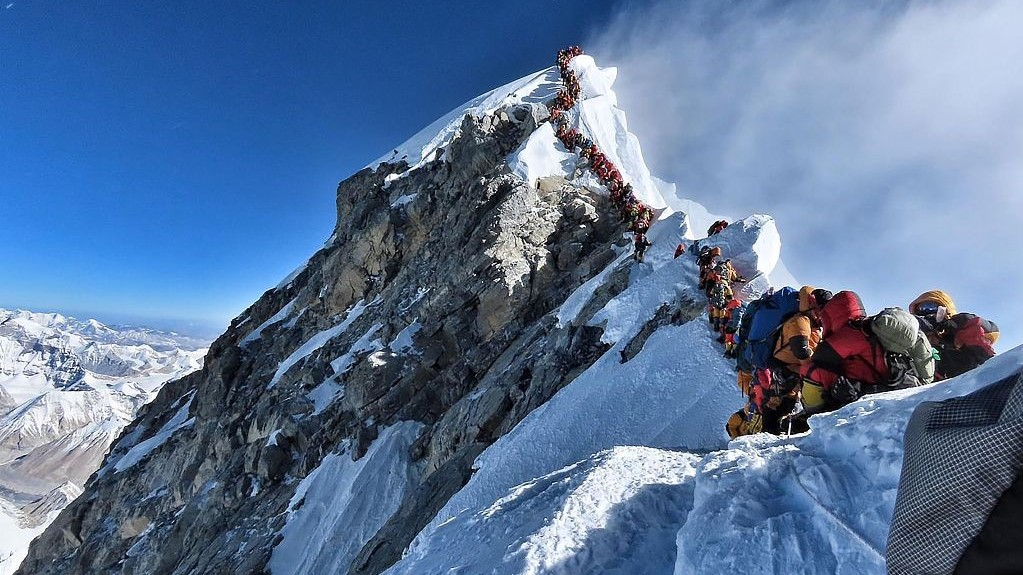 A picture tells a thousand words. The age-old expression has once again come true after mountaineer Nirmal Purja clicked the above photograph en route to the top of the world's highest peak, Mount Qomolangma earlier this week. UK-based Purja, a multiple Guinness World Record-holder in mountaineering, captured the harsh reality of the Mt Qomolangma ascent during his Project Possible 14/7 mission of climbing all 14 of the 8,000m Himalayan peaks in a single seven-month season, breaking the previous record of 7 years, 11 months and 14 days.
The massive queue to the summit has not only showcased a deadly truth about the mad rush for the most-coveted top-of-the-world experience, but also underlined the brutal-side of the cut-throat climbing aspirations at the most celebrated monolith on the earth.
In fact, the number of accounted all-time fatalities over the years on the peak has already crossed 300 this year and the year 2019 has already witnessed 10 of the climbers breathing their last while scaling the majestic mountain, known as Sagarmatha in Nepal.
Nepal-based Mingma Sherpa, a prolific mountaineer and the owner of the Seven Summit Trek, told CGTN from Kathmandu, “As the best possible summiting window lasts for only handful days, there is always a huge rush for the final push to the top. The most favorable bright and sunny days attract more than 200 people to the summit and last year recorded the all-time highest figure of 250 to the top of the world on a single day.” 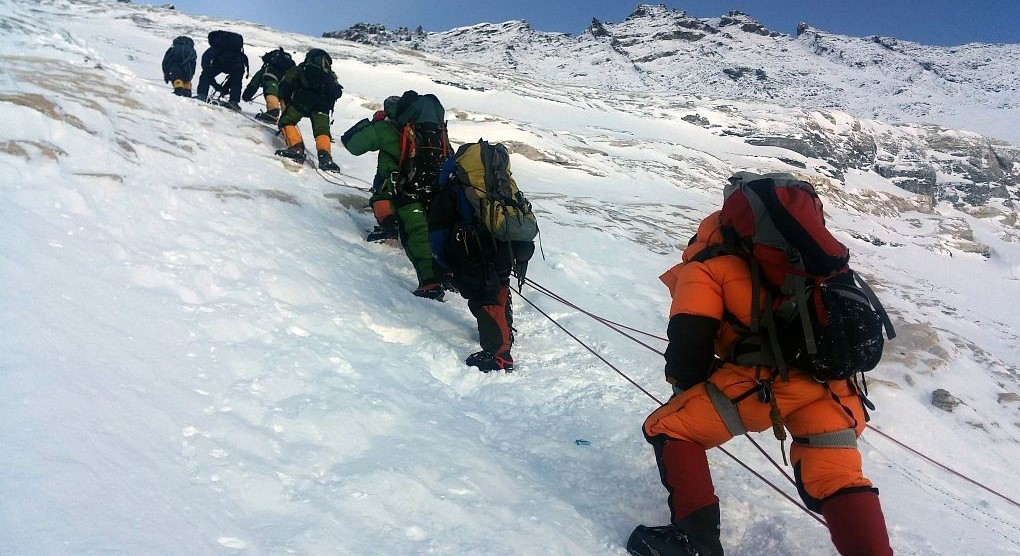 Mountaineers walk from Camp 3 to Camp 4 on their way towards the summit of Mount Qomolangma, May 9, 2016. /VCG Photo

Mountaineers walk from Camp 3 to Camp 4 on their way towards the summit of Mount Qomolangma, May 9, 2016. /VCG Photo

After Purja's photo of the congestion at the top went viral, three recent deaths on Mt Qomolangma have been attributed to the climbers' painstaking wait in freezing temperatures and abysmally low oxygen level. An American climber Donald Lynn Cash collapsed  on May 22 while taking photographs at the summit after fulfilling his dream of joining the “seven summits club” of people who have climbed the highest mountains on each continent.
A day later, on May 23, four climbers – Austrian Ernst Landgraf and three Indian climbers, Nihal Bagwan, Anjali Kulkarni and Kalpana Dash – collapsed to death after going through the torturous lengthy, slow-moving serpentine queues in the Death Zone – the harsh conditions above 8,000 meters. All four died due to exhaustion on the descent as running short of oxygen support is considered as one of the main reasons behind these fatalities. Generally, the accompanying Sherpas alert the climber of the imminent dangers as they are the best judge of the situation with their knowledge and familiarity with the conditions.
“We can't say no to the climbers. There is always the traffic jam on the top on the good days with inclement weather conditions, but all the climbers do accept that hard fact. Once you come all the way to the uppermost tier of the peak, you don't go back. You patiently wait for your turn to the summit to have that once-in-a-lifetime experience,” Mingma, whose company send around 70-100 climbers every year to Mt Qomolangma, informed 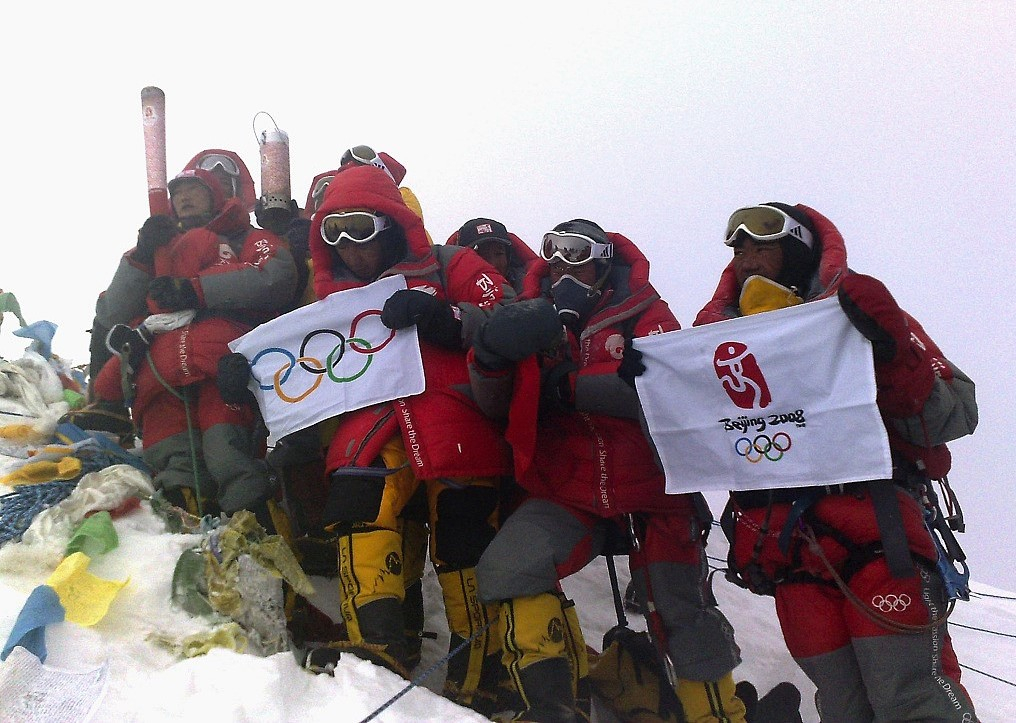 Chinese climbers display an Olympic torch, an Olympic flame lantern, a flag of the International Olympic Committee, a Chinese National flag and a flag of the 29th Olympic Games after they successfully carried the Olympic flame to the top of the 8,844.43-meter summit of Mt. Qomolangma, May 8, 2008. /VCG Photo

Chinese climbers display an Olympic torch, an Olympic flame lantern, a flag of the International Olympic Committee, a Chinese National flag and a flag of the 29th Olympic Games after they successfully carried the Olympic flame to the top of the 8,844.43-meter summit of Mt. Qomolangma, May 8, 2008. /VCG Photo

Since the first-ever successful climb by Edmund Hillary and Tenzing Norgay in 1953, the world's tallest mountain has witnessed thousands of successful ascents decades after decades and last year, a record 807 climbers reached the summit while five people died in their attempt. Nepal has issued a record 381 permits each for the current spring climbing season and each of the permits comes with a heavy price tag of 11,000 U.S. dollars.
Mingma mentioned, “After spending so much money and putting so many months of training and efforts, one doesn't want to go back without standing atop the 8,848-meter peak. They know that they may not survive but the urge to be at the top drag them to death. You can't stop them.”
The traffic congestion catastrophe has once again brought back the long-time debate on whether it's a noble adventure or a selfish pursuit.
On May 15, 2006, 34-year-old Englishman David Sharp froze to death at a location above 8,000m, igniting a controversy that continues to this day. According to several accounts and reports, over 40 climbers passed Sharp on their way up or down the summit, but none of them could stop to make an effort to save the dying man.
A 2010 case study by Gülnur Tumbat (San Francisco State University) and Russell W. Belk (York University), published by the Journal of Consumer Research  stated, “What we found in the context of Mt Qomolangma is individualism, competitiveness, contradiction, and power-seeking through extreme experiences purchased from what is now known as the experience economy.”
The authors summed up, “Our study finds that extraordinary experiences, when bought in the marketplace, can be destructive of feelings of camaraderie and reinforce an individualistic and competitive ethos that I, the climber, am the only one who matters.”
The lure of imposing peak, which was apparently described by one of its first unfinished climbers George Mallory, “because it's there” attracts hundreds of mountaineers every year, who can go to any extent of fulfilling the dream of standing on the top of the world's highest peak, unfazed and unperturbed by all its summiting dangers, the astronomical amount of expedition costs and the various high altitude health hazards.
According to his LinkedIn page, recently deceased Cash had left his job as a sales executive to accomplish his seven summits club mission. Age, agility and ability often get overshadowed by the unbridled passion and irresistible temptation to trek to the top.
Many dreams get shattered, limbs are lost, lives turn into death, and many homes end up bearing the inconsolable pain of grief in the process. But the mankind's mad rush to the highest summit of the world continues. It's a unique once-in-a-lifetime experience, but the passionate pursuit often turns into a selfish survival of the fittest act.